The rising tide of sommeliers in South Africa 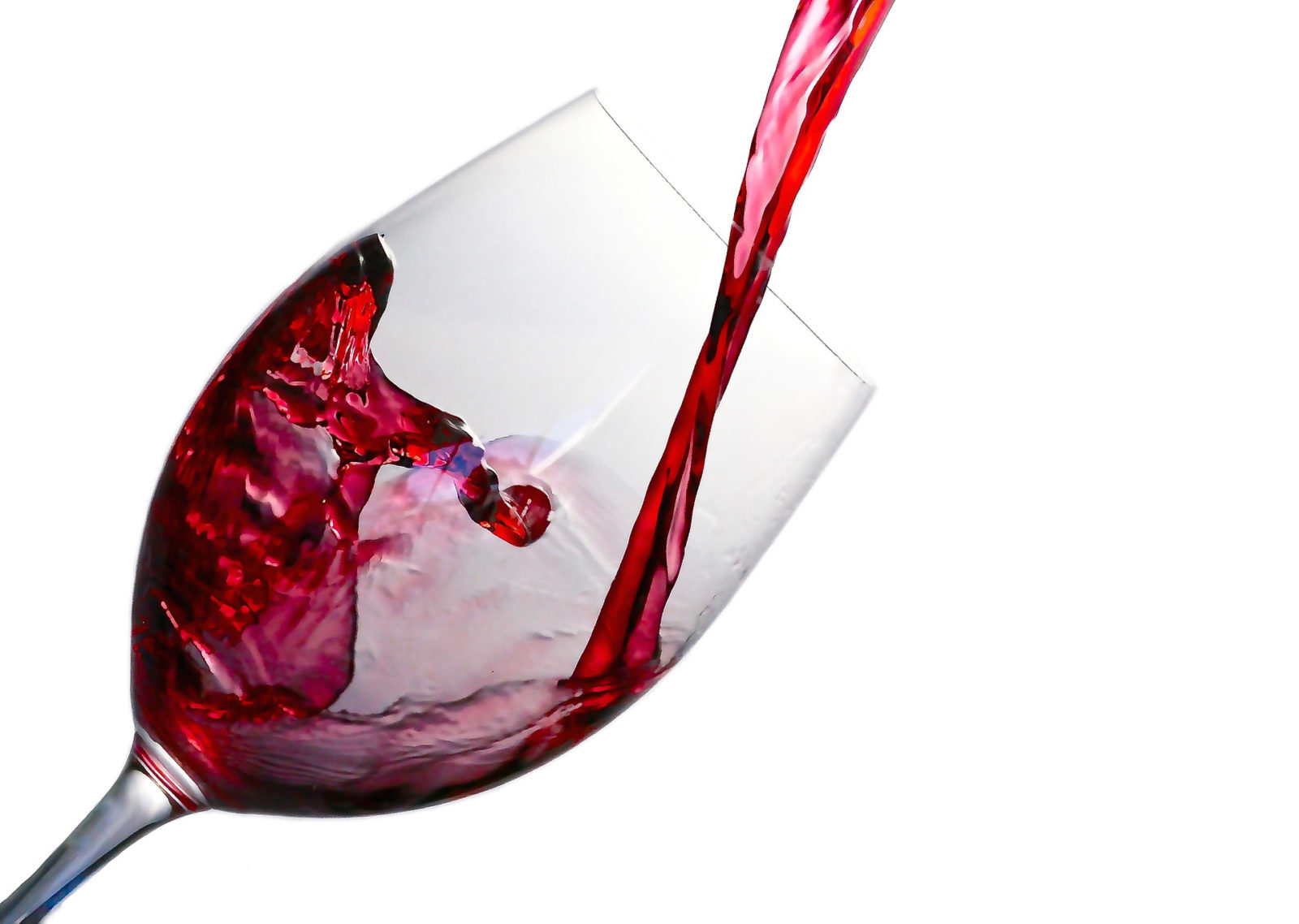 What is a sommelier certification worth? How much does a sommelier’s specialist wine knowledge matter to diners? And who are they, anyway, and how do you become one?

In South Africa, where the sommelier’s role – though seemingly on the rise – is largely unknown (or possibly misperceived) by the general public, what is an official “sommelier” certification worth? Does it have any relevance? How much does a sommelier’s specialist wine knowledge matter to the South African public, or even to diners in Johannesburg and Cape Town’s more rarefied “fine dining” restaurants? Do sommeliers add anything to their dining experience, or to the restaurant’s success? And who are they, anyway, and how do you become one? And, is a competition like the Best Young Sommelier important?

“It’s absolutely necessary,” says David Clarke, a Cape Town-based Australian, ex-Harrods wine department, and importer and exporter of fine wines, “to set standards about what is expected of a sommelier.” There’s “a bit of mystique about it”, says Clarke, “and it’s unnecessary”.

Though some wine professionals are not the biggest fans of competitions, feeling they say more about someone’s ability to manage stress on the day than prove their talent, their work ethic or their ability to run a business, all acknowledge the career promotion value, too.

“It’s important to give an opportunity to the young guys so they can actually win something and get ahead,” says Barry Scholfield, current chair of the South African Sommeliers Association, who on the day TGIFood spoke to him was about to offer a job to one of the semi-finalists of this year’s “Best Young Sommelier” awards.

The awards, held in late 2019 for only the second time, crowned 28-year-old Laurie Cooper of Abingdon Estate the country’s best (young one), winning her a trip to France, to the domain of competition sponsor Moët et Chandon in Champagne, followed by a week in the Piedmontese wine region of Barolo, in Italy.

Clearly sommelier heaven, and clearly, if you’re the winner, this is a great gig.

“Being a sommelier is not just about opening a bottle of wine,” Clarke says: “At the level we’re talking about, it’s a lot more nuanced.”

This does not (or should not) mean that sommeliers are by definition full of sniffy pretension, though even some wine professionals concede that some sommeliers think far too highly of themselves. It does mean, in fact, that the opposite should be the case: Whether a customer knows a huge amount about wine or absolutely nothing, a sommelier doing their job properly should confirm a diner’s confidence in their drink preferences (not just wine), should bring clarity to their choices, and should be able to match both of those to their budget.

“People buy the same wine [over and over again] because wine is a risk purchase,” Scholfield says. “It’s such a confusing business. But if you make sure there is a qualified, unpretentious sommelier on the floor who knows everything about the wine list, it builds rapport with the client and makes them want to come back.”

In addition, says Wikus Human, Head Sommelier at David Higgs’ Marble and Saint restaurants in Johannesburg, the winner of the first Best Young Sommelier title in 2017, and a judge in this year’s competition, there are greater responsibilities that go along with the role: Being a sommelier doesn’t mean only that you set up the wine list and serve, Human explained, it also entails looking after the bar, making sure the restaurant’s spirits list is up to date, ensuring that your wait staff knows what’s going on in the wine list, and training other staff and junior sommeliers.

Human believes strongly in this last point: as a sommelier you have a responsibility, he says, to train everyone else in the restaurant about wine, and make sure that all other departments are on board. He believes that not enough head sommeliers in South Africa are passing along their skills. “More training needs to happen, more often,” he says, “especially in Joburg.” This resonates deeply in this country, where most people working in restaurants are mostly not “career” restaurant-service people, and probably don’t have the means to undertake formal training of any sort at their own expense.

Obviously training matters – but does a formal qualification? Jennifer Hugé, co-owner and general manager of the one-year-old Fyn restaurant in Cape Town, thinks it does. “If someone is paying R1,000 for a bottle of wine,” she says, “you’d better tell me why this bottle is good.”

Whether for a restaurant like Fyn – charging in the stratosphere (in rand terms, anyway) for food and wine – or for somewhere more mainstream, it seems that several of the local wine aficionadi consider it important to know more than just the wine list of your restaurant, and more than just South African wines – even if your restaurant doesn’t serve anything from foreign soils.

Hugé (who is French) and Gosia Zielinska, who was the head sommelier at the Pot Luck Club in Cape Town, and is now general manager at The Test Kitchen, both made this point. The sommelier qualification or certification per se is not the point (neither Hugé nor Zielinska has one, officially), but working towards it, Zielinska says, whether formally or on the job, “teaches you about the whole world of wine – you need to have an understanding of what is made outside [this country] so that you can situate South Africa”. In a country where foreign wines are not widely available on restaurant wine lists, “the question I hear the most,” Zielinska says, “is, ‘I like drinking Sancerre – what would you recommend?’” (A flinty sauvignon blanc is the answer.)

Arguably more important than being able to match a foreign wine with a local equivalent, or allow a customer to feel they’re getting value for the substantial amount of cash they’re handing over for an ostensibly superb wine, is the rapid and continuous growth of South Africa’s wine industry.

“Twenty years ago, you didn’t have to be a professional to know a lot about South African wine,” says Clarke, “but now, with the massive expansion of the number of producers, who are becoming a lot more dynamic and creative, and with so many more labels out there, you do have to know all the producers – there is a need now.” It follows that the wine-consuming public is becoming more sophisticated, another reason Clarke believes strongly in the importance of sommeliers in this country.

And then there’s the economics around all this: from a restaurant owner or manager’s point of view, the sommelier’s role is to bring in those extremely high-margin revenues (300% is the normal restaurant markup on a bottle – or 200% at Fyn, Hugé says). But this can lead to bad behaviour – a sommelier should not try to “upsell” in a way that takes advantage of the customer. (“There are still some cowboys out there trying to flog ‘big’ bottles,” Scholfield says.) If anything, sommeliers should go for a more modest approach, engaging in the long play of developing customer trust, satisfaction with excellent service, and ultimately loyalty to the restaurant.

“They might spend the same or even less [than their usual purchase],” Scholfield says, “but [having a sommelier to advise] increases guest satisfaction because they get to try something new with the safety of someone who can help.”

There are around 20 SASA-certified “somms” in South Africa, according to Scholfield – at least, that is the number that has been certified by SASA, which is in the process of creating a more structured approach to training and certification (at the moment it’s hard to navigate). So, concretely, how do you actually become one?

There are now two SASA-accredited sommelier courses, the Sommeliers Academy and Somm 101.

Previously there was a confusing thicket of independent courses, with SASA just setting the exams for accreditation. Now, Scholfield says, “We’re working very hard at trying to make it easy,” and promises “new courses and a more concise syllabus coming mid-2020.”

Other bodies such as the Cape Wine Academy, and the International Wine Education Centre (IWEC), which offers a full range of the London-based Wine and Spirits Education Trust (WSET) courses, supplement the SASA-accredited courses with specialist knowledge trainings but are not sommelier, per se, courses.

Further afield there are two international governing bodies that offer globally recognised sommelier certifications: the UK-based Court of Masters (CMS), and the France-based Association de la Sommellerie Internationale (ASI) – two paths with different names that will get you to the same point. The Court of Masters, which offers four levels – junior, certified, advanced, and Master – gave its exams in South Africa for the first time this year.

The WSET, possibly the largest wine education body in the world, seems to be the gold standard for theory and knowledge about wine (courses are offered online from the London HQ and “live” in Cape Town and Johannesburg through IWEC), but for the practical aspects – serving, food pairing, the social skills needed to interact with customers – somm-specific training, and on the job training, are the key, Wikus Human says.

“WSET theory is great, but there needs to be a service element somewhere – I would rather have a young sommelier be very service-oriented [than very knowledgeable]. The customer doesn’t want to know about the oaking, he wants to know how the wine relates to what he likes. Then it’s down to service, decanting correctly, serving the wine at the right temperature.”

Laurie Cooper brims with enthusiasm about the rising tide of sommeliering in South Africa: “This is an exciting and progressive time for young sommeliers,” she says, “and the quality of training is second to none. All that is needed is more awareness of these courses and for establishments to recognise the benefits that come from the investment in formal staff training.”

Even the Department of Tourism is cottoning on, Cooper says, working alongside the Sommeliers Academy and the Culture, Art, Tourism, Hospitality and Sport Sector Education Training Authority in a three-year sommelier training program that enrols hundreds of previously disadvantaged students. “With that comes greater recognition of sommeliers and a more positive and inspiring perception of sommellerie as a career path,” Cooper says.

And then there is the bigger-picture goal held by local experts of expanding the wider public’s appreciation of wine. “We have quite low [per capita] wine consumption for a wine-producing country,” Scholfield says. “The more sommeliers we create, the more wine drinkers we create. What I want to see is sommeliers who become the ambassadors for what we produce here – we can’t have a nation of brandy-and-Coke drinkers when we have such an amazing production. We’re years away from sommelier saturation.” DM

To get to the practical stuff, including dates of upcoming sommelier training and exams in Cape Town, Johannesburg, and Durban, see: