In Kimberley for the ANC’s Big Bash, the pothole-ridden streets mirror the state of the party 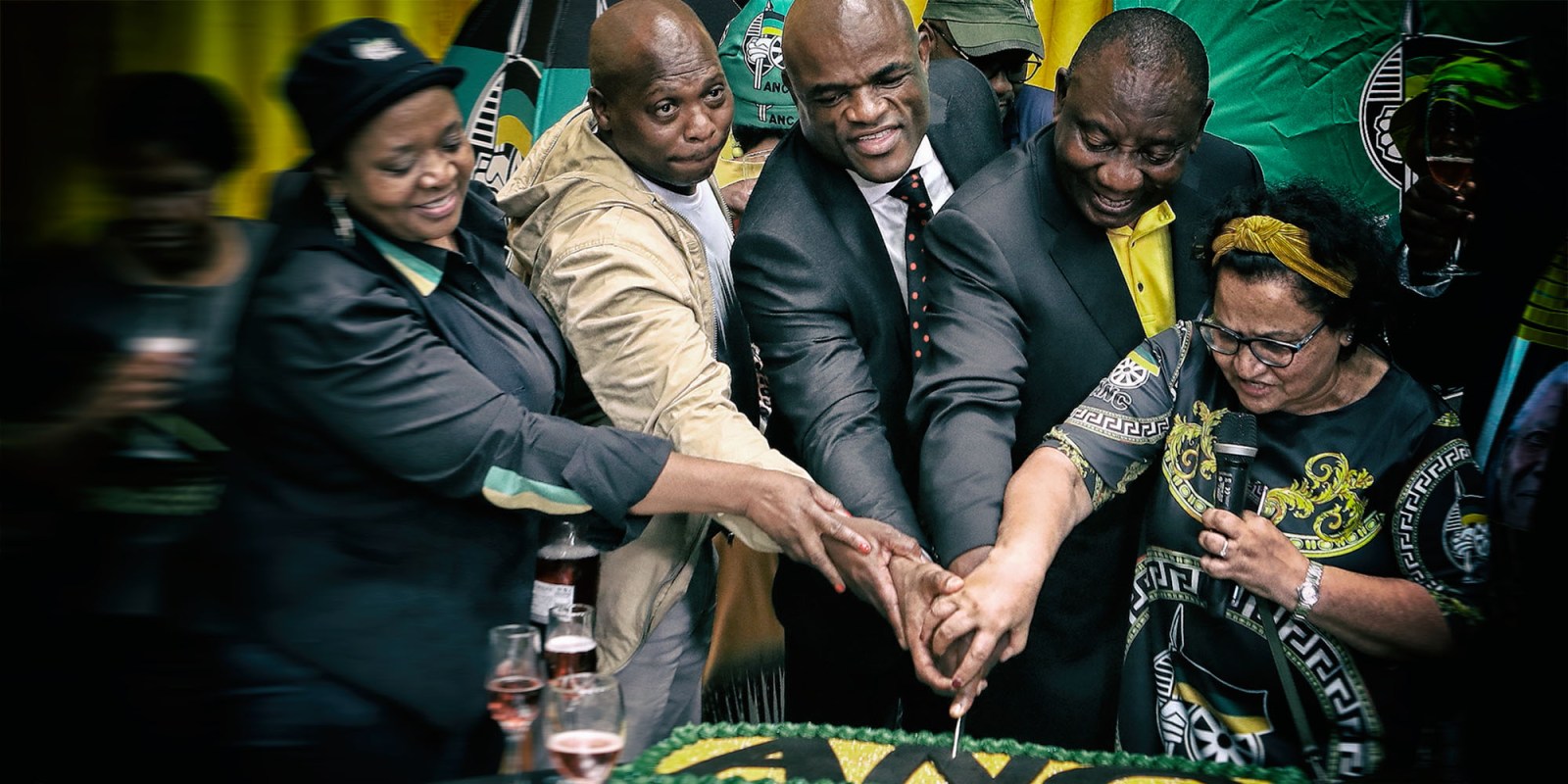 ANC leaders are painting a picture of a united front gathered for a joyful occasion. But as Kimberley swells with the ANC faithful ahead of the party’s 108th birthday celebrations on Saturday, there are indications of tension behind the scenes. Adding to the pressure, ANC President Cyril Ramaphosa withdrew from a number of planned events at the last minute, not to mention national load shedding resuming at stage 1 on Friday.

There isn’t a room to be had in Kimberley for love or money. With an estimated 25,000 people expected at the ANC’s birthday rally on Saturday, every bed in the Northern Cape town is occupied. Nearby dorpies are also packed out. Some journalists covering the event have been forced to seek accommodation in the neighbouring Free State.

This demand suggests that the ANC is in for a humdinger of a party – although by Friday afternoon the streets of Kimberley were still relatively quiet, with revellers yet to arrive in numbers. To raise the general gees, liquor stores in Kimberley were initially due to be granted the right to sell alcohol for 24 hours straight. This brainwave, from Northern Cape finance, economic development and tourism MEC Maruping Lekwene, has since been scrapped once cooler heads prevailed.

But these public signifiers of revelry are curiously mismatched with other indicators. By some measures, this traditionally jubilant week for the ANC has not been a great success in 2020. In choosing Kimberley to host the celebrations, for the first time in a decade, party strategists may have forgotten just how extensive the Northern Cape’s problems are.

If you want a landscape to bear witness to the ANC’s positive record of democratic-era governance, the Northern Cape is not the best pick. Drought continues to ravage the province; the condition of the roads is shockingly bad even by South African standards; unemployment is rife and evidence of social deprivation everywhere. And that’s after Kimberley was reportedly hastily spruced up in advance of ANC leadership descending.

President Cyril Ramaphosa came face to face with the realities of the Northern Cape’s challenges this week in a series of engagements in and around Kimberley. One report described the president as “visibly shocked” (yet again) as he encountered the inadequate sanitation, pothole-ridden roads and overcrowded houses of this area – and the discontented residents queuing up to complain to him.

“I think you have a lot of problems here,” Ramaphosa was quoted as saying to the community of Colville.

ANC Treasurer Paul Mashatile was given a similar earful by residents of the Kimberley township of Galeshewe.

A door-to-door featuring ANC Secretary-General Ace Magashule had to be abandoned in Jan Kempdorp, meanwhile, when ANC councillors tried to draw him into a dispute about corruption – starting to “physically pull him in different directions”.

If ANC leaders had hoped to encounter beaming and grateful supporters during this pre-birthday bash mobilisation period, that is not what has happened.

The tension between voters and politicians has been mirrored by the strain which seems to be simultaneously developing at the top of the party.

Many of the week’s events have been overshadowed by a bizarre dispute over whether President Ramaphosa was “misled” by the Eskom board and Minister Pravin Gordhan in December 2019 when he told the country that there would be no load shedding until 13 January. That was the claim of Deputy President David Mabuza, speaking to journalists during a walkabout in a Kimberley mall.

In the course of his comments, Mabuza also appeared to appropriate a starring role for himself in the diagnosis of Eskom’s problems, saying: “Right from the day we went there [to Eskom] with the president, I insisted on maintenance. Maintenance of these power stations is very important.”

The Presidency promptly went into damage control mode, with Ramaphosa’s spokesperson Khusela Sangoni telling the media that the president had not been misled, and that the current wave of load shedding could not have been predicted in December.

On to the bandwagon uninvited jumped ANC veteran Tony Yengeni, opining forcefully on TV that for Sangoni to contradict Mabuza in this matter was a disrespectful breach of protocol.

Amid this ill-tempered back-and-forth, Ramaphosa made the startling decision to drop out of the Presidential Golf Challenge on Friday morning. The day is thus named because its host is, well, the president: it is held annually as an important money-spinner for the ANC, as deep-pocketed businessmen pay handsomely for the privilege of teeing off next to the Prez. Ramaphosa also withdrew from a planned mobilisation walkabout in Galeshewe at 6am.

Sangoni told Daily Maverick that Ramaphosa had opted to absent himself from the event in order “to finalise his speech for tomorrow” – the big birthday rally.

Ramaphosa’s stand-in, Paul Mashatile, was meanwhile busy telling journalists that Ramaphosa was simply tired after the exertion of the week.

Among journalists, the cynical speculation was that Ramaphosa wished to avoid the media, and pesky Eskom questions in particular, ahead of the ANC’s gala dinner on Friday night which he will still address.

Whatever storms are rumbling in the background, ANC leaders are determined to sing the tune of strength and unity in this important week, regardless.

“There’s no drama in the ANC,” Minister in the Presidency Jackson Mthembu laughingly told Daily Maverick on Friday morning at the party’s accreditation base.

“For drama you must go to those other parties which start with a ‘D’ or an ‘E’.” DM