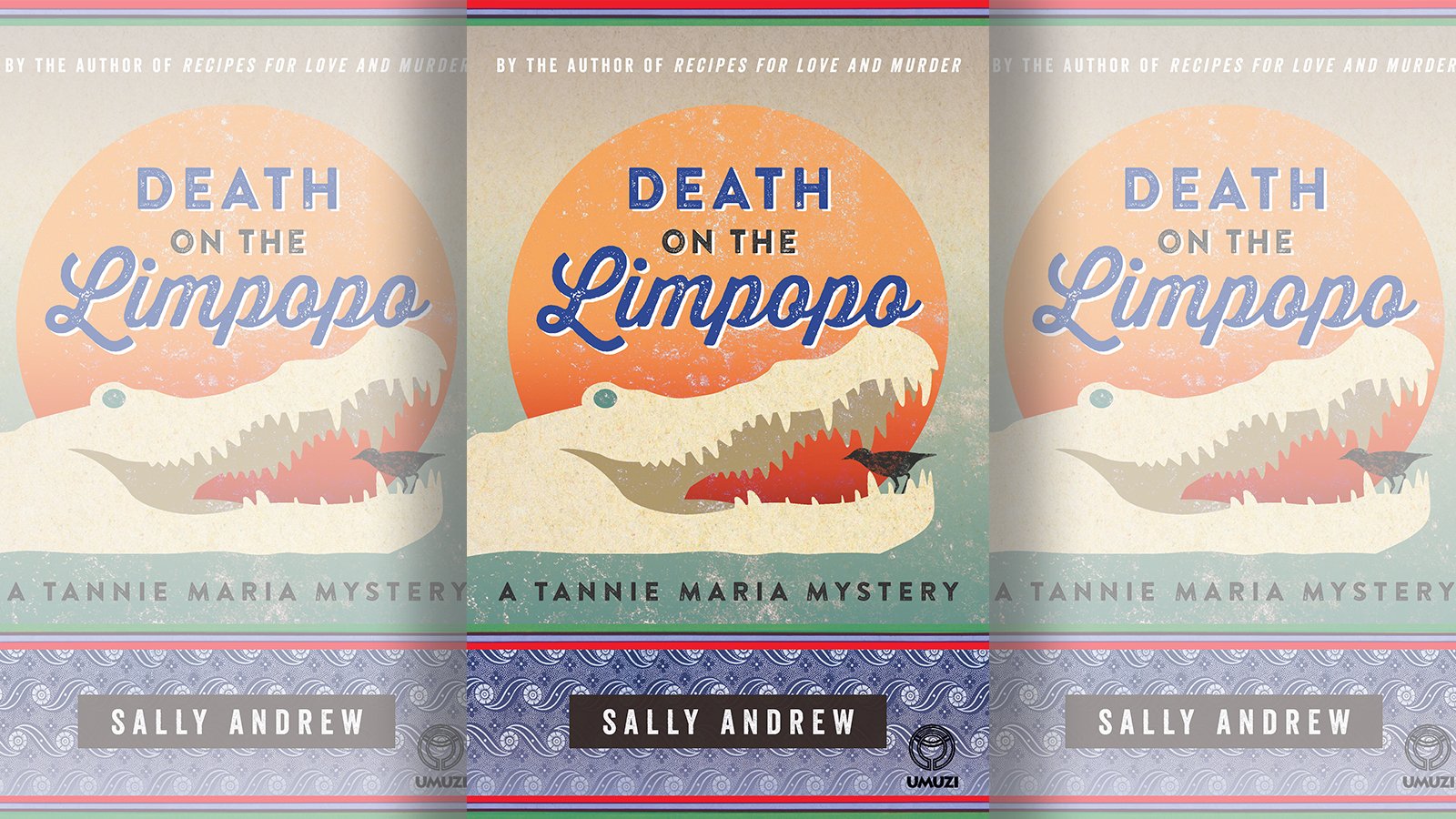 Daily Maverick’s reporting has gone everywhere, from the bowels of Nkandla to the boardrooms of Eskom — and now also into the pages of South African fiction.

Meet Zabanguni Kani, who stars in Death on the Limpopo, novelist Sally Andrew’s most recent Tannie Maria murder mystery. Zaba, as she’s known, works for (a fictional version of) Daily Maverick and pays homage to investigative journalists who have fought government corruption everywhere. She rides a Ducati, is “strong, black, no sugar”, writes political exposés — and finds her life is in danger when she visits Maria at the Klein Karoo Gazette. Get to know Zaba more in the following excerpt from Andrew’s novel.

On the way back, it was almost dark. A thin yellow moon was setting on the river trees in the distance. A jackal howled, and there was a grunt behind us. My veldskoene walked fast, and my feet somehow stayed in them. The walk back to the bakkie was much quicker than the trip out.

There was a deep roaring sound from not far away. It went straight into my chest. It shook me, and made me feel very alive. I had never felt so alive. My legs were shaking too – they wanted to stay alive.

I jumped into the passenger seat and closed the door. Zaba stood outside for a while.

‘That sound wakes up my soul,’ she said as she climbed in.

Now that I was safely in the bakkie, I wanted to hear the lion’s roar again. But all we heard were night insects.

‘I wonder if it’s very expensive to stay at Mashatu Lodge,’ I said.

Zaba started the engine and said, ‘We want to be on the Limpopo to begin our search at first light. We’re camping.’

‘With the lions and everything else Africa has to offer.’

‘Maybe … maybe we should sleep in one tent,’ I said.

‘I don’t mind snoring.’ I thought of some of the other things I would mind sharing a tent with. Scorpions and snakes and crocodiles … Ag, I was being silly. Life is full of life. The Karoo is full of life too. I just hadn’t got used to the Limpopo life yet.

We were driving down a sandy track between some big trees. Zaba had the headlights on dim, and all we could see was their wide trunks. She drove between ditches and rocks. I was very proud of my bakkie. It knew what it was doing.

As we came out of the trees, Zaba turned off the lights and came to a stop.

But all I saw was blackness … Oh, now there were some shapes.

Dark fat trees. But the trees were moving … Elephants!

Walking in a line, right in front of us.

It was hard to believe, because they were totally silent. Such big beasts, so many, walking, walking, without making a sound.

And then they were gone.

She started the engine again and turned on the brights, lighting up the sandy road and some bushveld.

We hadn’t gone far when there was a scary high-pitched sound. For a moment I thought a train was about to hit us. But it wasn’t a train that appeared out of the blackness. It was a huge angry creature in our headlights, twice the size of the bakkie, trumpeting and flapping its ears as it charged towards us.

I knew I was about to die, and was surprised to find that my thoughts went to Bella’s Divine Loaf that we had bought in Graaff-Reinet. I had not eaten it. Not even tasted it. A part of me knew I should be thinking about winding up the window, or about Henk, or Zaba, or my father, or something important. But it seemed like my last thought was going to be regret about an uneaten slice of cake.

She was right. Just before the elephant flipped the car over and  pulled us out of the windows – slicing us apart with broken glass – and trampled on the pieces, it stopped. Spun around in a whirl of dust, and disappeared into the darkness.

‘She was just scaring us away,’ said Zaba. ‘Showing us who’s boss.’

The headlights lit up the dust that fell in slow motion.

I hadn’t noticed such detail. I had only seen death. And cake.

We drove across a dry riverbed, then up a track between some rocks.

We set up camp under a giant rain tree at the edge of the island, near the confluence that Zaba had shown me from the Mapungubwe viewing point. It was too dark to see properly now, but across the dry Shashe River was Zimbabwe. And between us and South Africa was the Limpopo with its crocodile pools.

Zaba checked her phone. No reception. I wondered if Henk had tried to call. It wasn’t like him to cut me off like that.

Zaba built a small fire, and we set up the green tent, which we were going to share. Zaba said we only needed the inner part, the mosquito netting, to keep out the insects and snakes.

‘What about the bigger animals?’ I said. ‘The lions and the elephants?’

‘You think this flysheet is going to stop them?’ She held up the thin sheet of green nylon. ‘They will smell us. I’d rather they can see us if they’re curious. And it’s better if we can see them.’

‘Then close your eyes,’ she said.

Zaba marinated the lamb steaks in olive oil and harissa paste. I made us a salad with lots of avocados and olives, and cut slices of Gary’s cheese bread. In the fridge I found that bamboo container with my piece of Bella’s Divine Loaf and thick cream. I took the cake to the fire, and put it on the camping table. I was thinking we should eat it right away. Who knew what could happen to us before dinner?

‘Have some of this,’ said Zaba. She poured me a small glass of Amarula liqueur.

We sat in our chairs as the steaks grilled on the coals, and sipped the sweet drink made from marula fruit and cream. Delicious.

‘Elephants get drunk on this, don’t they?’ I said, remembering a wildlife movie I’d seen.

‘Yes,’ said Zaba. ‘Although they use a different recipe.’

Somehow the marula juice made it easier for me to believe that we’d live past suppertime, so I left the cake for puddingtime.

The steaks, bread and salad were perfect. And so was Bella’s Divine Loaf. Figs, nuts, chunks of dark chocolate. The thick cream had soured slightly, but that made it even more perfect. Insects were clicking and creaking all around us. We heard an owl hooting, and another replying from far away, across the river. With the cake inside me, and Zaba beside me, I was no longer afraid of the night. I felt life humming all around me, and I was glad to be part of it.

I looked up at the sky. Some stars were caught between the branches of the trees. But in the bigger patches of sky, the stars flowed like a huge river in flood. There were almost as many stars by the Limpopo as there are in the Karoo. ML

Death on the Limpopo is published by Penguin Random House (R260). Visit The Reading List for South African book news – including excerpts! – daily.