Countries to watch in 2020, from Chile to Afghanistan: Five essential reads 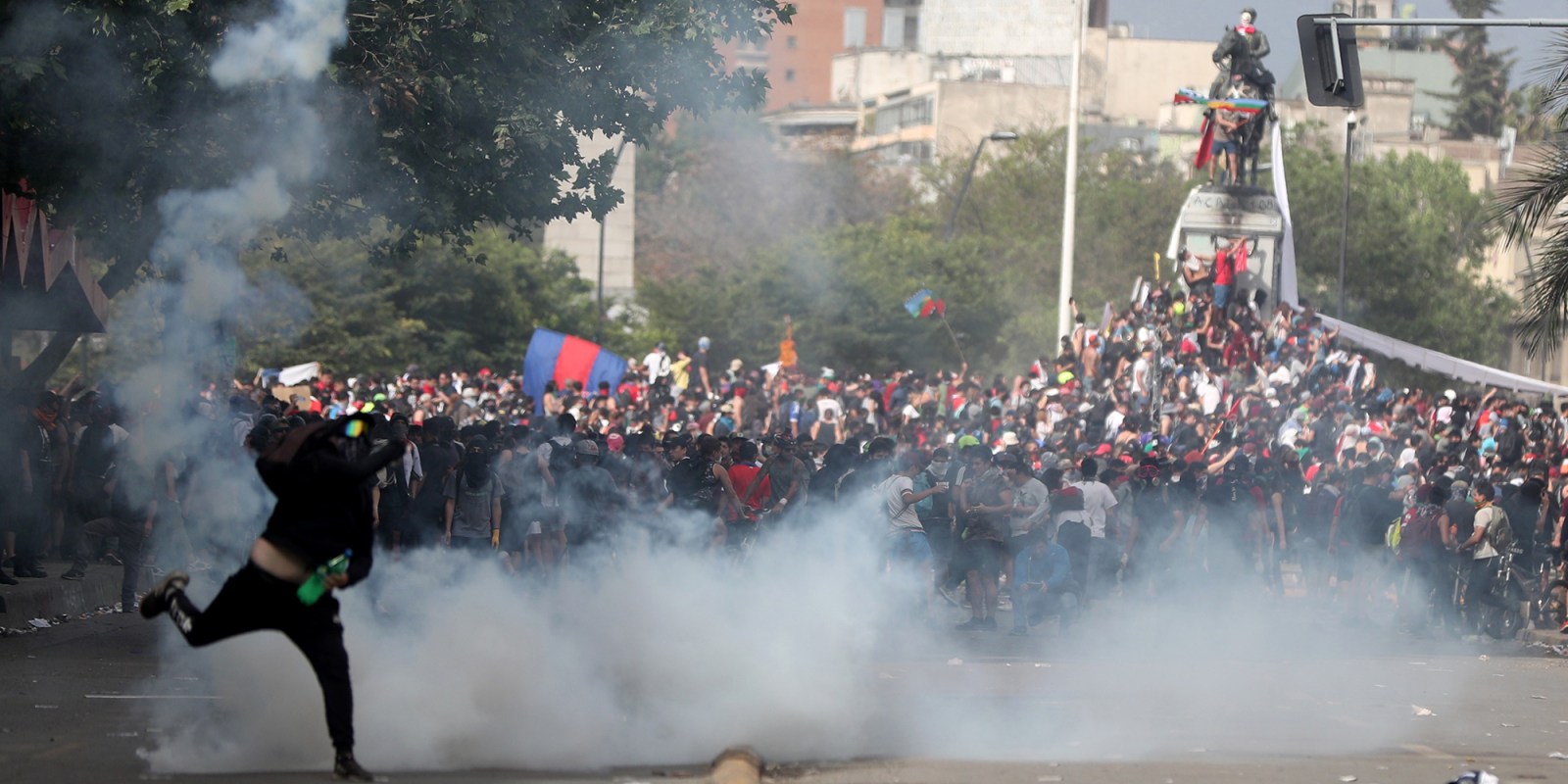 Protesters face the police on the sixth day of protests against the Government, in Santiago, Chile, 23 October 2019. (EPA-EFE/FERNANDO BIZERRA JR)

Where will the world’s attention turn in 2020? The United States’ impeachment trial of Donald Trump and the United Kingdom’s long-awaited Brexit are sure bets. And after the US military withdrawal from northern Syria in October, Bashar al-Assad may well win his civil war in 2020. Many other countries will see pivotal events, too. Here are five countries to watch.

This year will bring new depths of misery to Venezuela, which is suffering the worst economic collapse ever seen outside war.

“Most Venezuelans today are desperately poor,” explains St Mary’s College professor Marco Aponte-Moreno, citing a UN statistic that 90% of the people in the South American country live in poverty – double what it was in 2014.

The increasingly severe US economic sanctions passed in 2019, aimed at crippling the authoritarian regime of Nicolás Maduro, are only making life harder for poor Venezuelans, Aponte-Moreno writes.

It is unclear when Maduro’s rule will end. In 2019, his government survived several coup attempts and opposition leader Juan Guaidó’s effort to wrest power from Maduro to become Venezuela’s “rightful” president was backed by 60 countries.

“Maduro has few international allies,” says Aponte-Moreno. “But China and Russia continue to be Venezuela’s most powerful international boosters and have bailed out Maduro by giving his government massive loans.”

Sixty years ago, Gabon was among 17 African countries to declare their independence from colonial rule. Now, many Gabonese are hoping to enter a new era: democracy.

Gabon’s longtime president Ali Bongo Ondimba, whose family has run the central African country since the late 1960s, is frail after an apparent stroke. The 60-year-old narrowly survived a military coup last January.

These events have “created a strong national sentiment that Gabon’s five-decade Bongo dynasty is on its last legs”, writes University of Tampa political scientist Gyldas A Ofoulhast-Othamot.

Political upheaval is rare in Gabon, an oil-rich country of two million. But stability is not the same as democracy.

“Gabon has had just three presidents” since 1960, writes Ofoulhast-Othamot. “The current president’s father – Omar Bongo Ondimba – ruled Gabon with an iron fist for 42 years,” allowing oil wealth to enrich a tiny elite and dutifully maintaining the country’s loyalty to France.

Surveys show 87% of Gabonese feel that the country is headed in the wrong direction under Bongo.

Gabon’s next presidential election isn’t until 2023. But, Ofoulhast-Othamot predicts, “Bongo’s time in office may run out sooner.”

Chile is one of several South American countries to see massive, sustained demonstrations in recent months. Weeks after declaring “war” on protesters, Chilean president Sebastián Piñera relented to their demands to reinvent the country’s constitution.

Chile’s current constitution was written under General Augusto Pinochet, the dictator who ruled the country from 1973 to 1990. Pinochet is reviled for overseeing several thousand extrajudicial executions, torture and forced disappearances.

“These neoliberal reforms came with strong support from the US government,” notes Posner.

Shifting responsibility for providing social services from the state onto the private sector made Chile an economic dynamo. It has grown by around 4.7% annually since 1990.

But that prosperity was unevenly distributed. Unemployment among poor Chileans is 30%, private healthcare is exorbitantly expensive and even middle-class Chileans can’t afford to retire.

This year, Chileans will vote on a new constitution meant to address these severe social and economic inequities.

“Raised in democracy, Chile’s young protesters expect a fairer share of the country’s wealth,” writes Posner. “And they’re not old enough to fear an authoritarian crackdown for proclaiming their rights.”

Eighteen years into the United States’ disastrous war in Afghanistan, renewed negotiations with the Taliban militant group are raising the possibility of peace.

But that will take more than an accord, says peace-building expert Elizabeth Hassemi, a faculty lecturer at Johns Hopkins University.

“History shows that economic growth and better job opportunities are necessary to rebuild stability after war,” she writes.

Hassemi believes Afghanistan’s “abundant natural resources” could help the country along its path to recovery.

“A Taliban accord is necessary to end the Afghanistan war,” Hassemi says. “But creating meaningful jobs and sustainable economic growth will help create a durable peace.”

These include two shootouts between cartels and police that killed 30 people in October 2019, a deadly 12-hour criminal assault on Culiacán, Sinaloa, that forced Mexican security forces to release the son of drug kingpin Joaquín “El Chapo” Guzmán, and the November massacre of nine Mormon women and children in northern Mexico.

Today, those proposals remain largely untested. And with 36,000 murders reported in 2019 – 90% of which went unpunished – 2019 was the bloodiest year in modern Mexican history. DM

This story is a round-up of articles from The Conversation’s archives.