Richard Maponya: A giant who defied apartheid and its entrepreneurship barriers 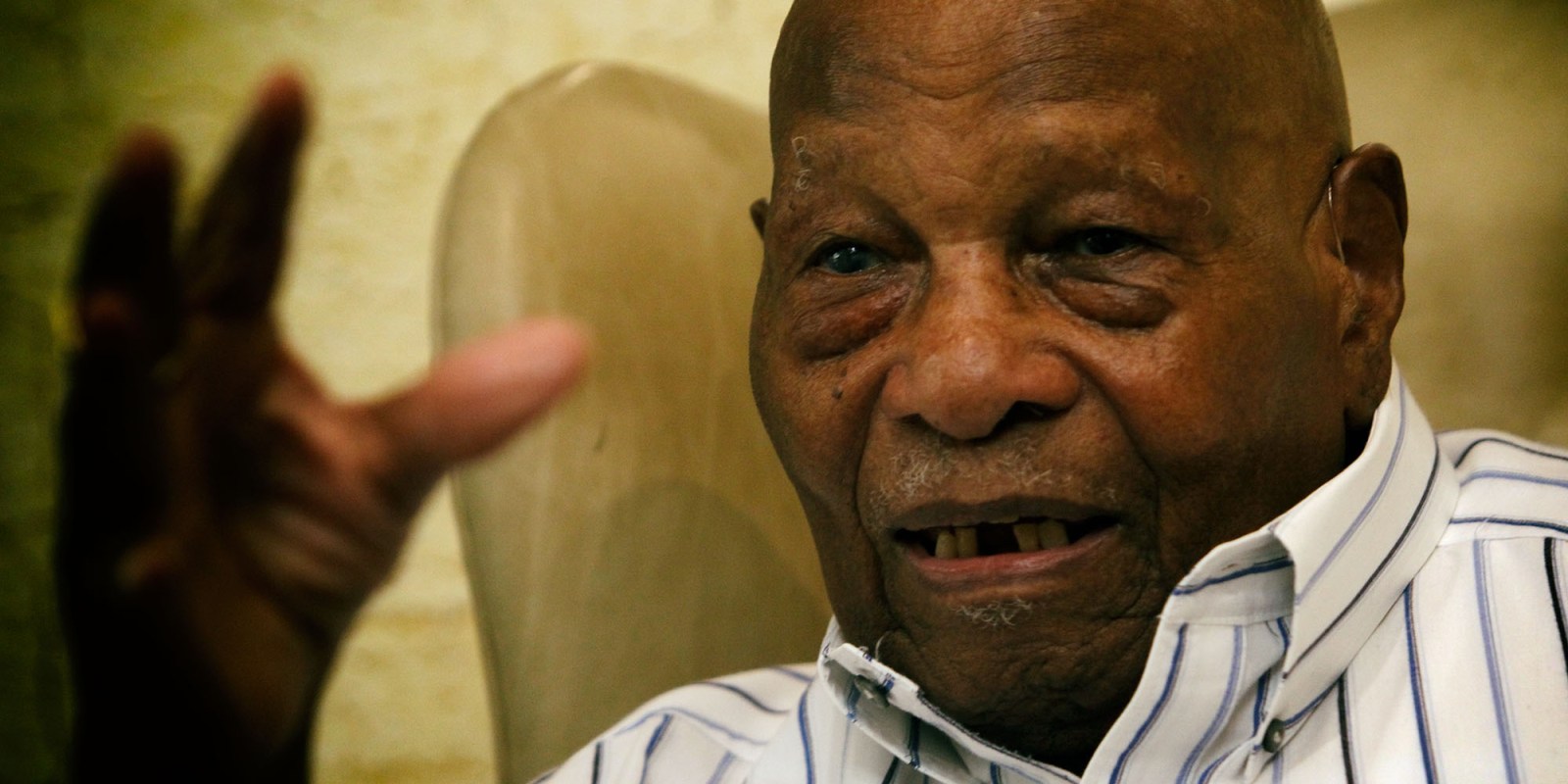 Business icon Richard Maponya, known as ‘Soweto’s most humble giant’, died in the early hours of Monday 6 January 2020 after a brief illness. He was 99.

It has become fashionable for business executives to complain about President Cyril Ramaphosa’s government and its glacial pace in responding to SA’s economic and unemployment morass. Several executives lament the worrying state of affairs without offering any solutions. But this was not the playbook of legendary businessman Richard Maponya, who was known in business circles as “Soweto’s most humble giant”.

A month before his 99th birthday on 24 December 2019, Maponya voiced his concerns about SA’s unemployment crisis, which stands at 29%, or more than 35% when including discouraged job seekers. He was so concerned about the staggering jobless rate that he was planning to open an academy to train young people on how to be entrepreneurs, which is the main tool to create jobs and counter unemployment.

“Right now I am trying to come with an institution that must train all our youngsters so that when they graduate they get trained to use their own hands and be able to get employed or get into business in their own right,” Maponya’s team wrote on his Facebook page.

He was looking for financial and non-financial support to make his dream a reality and had talks with SA business titans including, among others, Bonang Mohale, the chairman of industrial group Bidvest.

“Ntate Maponya put his money where his mouth was and led by example,” said Mohale. “He was the first to employ black people in numbers to work for him. He gave us the expression of ‘riding the tiger of apartheid’. He said we cannot blame apartheid for being poor, not having business licences and having so many restrictions. He said we have to ride the tiger, be brave and fearless.”

Maponya’s lifelong goal of establishing an entrepreneurship academy wasn’t fulfilled as he died in the early hours of Monday 6 January 2020 after a short illness, a spokesperson said in a brief statement.

Although he spent most of his days at his Hyde Park (Johannesburg) home and relinquished the day-to-day running of his business empire — spanning retail, real estate, construction, transport, energy, and mining — to his daughter, Charlotte “Chichi” Maponya, his name is still synonymous with black business in SA.

Maponya had been considered the torchbearer for successful black entrepreneurship since the 1970s. At the time, SA was no place for budding black entrepreneurs as restrictions were imposed by the apartheid government on entrepreneurs such as rejecting trading licence applications for no credible reason and heavily regulating the free movement of black people through pass laws.

Before becoming an entrepreneur, Maponya, who was born in the Limpopo village of Lenyenye in 1920, moved to Polokwane, where missionaries trained him as a teacher. Armed with a teaching qualification, he moved to Johannesburg in 1948 to look for a teaching post, but later took a job as a stock taker at a department store.

“They were offering me more money than a teaching post would and the gentleman who interviewed me liked me from the word go,” Maponya said in a Forbes Magazine interview.

He excelled at the department store and was promoted to the post of fashion buyer for the store. But Mohale said it was Maponya’s sheer determination to see Soweto economically developed — at a time when the government neglected the township — that propelled him to greater entrepreneurial heights.

But his path to entrepreneurship was paved with hardship: several of his attempts to get a trading license from the government to establish a clothing store were rejected, even after the intervention of a law firm owned by ANC luminaries Oliver Tambo and Nelson Mandela. However, he was awarded a licence to trade daily necessities, according to the Forbes interview.

Maponya and his late wife, Marina, established a dairy business in the early 1950s which employed several boys on bicycles to deliver milk to customers in Soweto households — a first for the township. The business was funded from his savings because commercial banks were not funding aspirant black entrepreneurs.

By the late ’70s, the Maponya family business empire had diversified from milk to opening what was then the largest supermarket in Phefeni, Soweto, named Maponya’s Supply Stores. The store rivalled the likes of the established OK Bazaars as it featured a butchery, fruit and vegetable and grocery sections. Maponya’s Supply Stores expanded across Soweto, making Maponya a household name.

On the significance of the supermarket, Bidvest’s Mohale said:

“Maponya gave us the first concept of a supermarket in the township. It was a big and face brick supermarket where you could pick up what you wanted from the shelves and pay for it rather than going to someone behind a counter and telling him/her what you want.”

The retail empire made Maponya a household name, catapulting him to building a filling station in Soweto and establishing one of the first motor vehicle dealerships in the township in the 1980s, selling Chevrolets and later, BMWs.

“It was history that a black man would sell cars because people thought black people were too poor to buy a brand new car. But Richard did it,” said Mohale.

Today, what firmly cements Maponya’s desire to economically develop Soweto is Maponya Mall, one of the largest shopping centres in the township at 65,000m².

In 1979, Maponya acquired land for the mall on a 100-year lease and, in 1994, he acquired it outright after several attempts. But the land lay vacant for more than 10 years as several attempts to fund the construction of the R650-million mall failed.

But after assembling funding and entering into a partnership with real estate development firm Zenprop Property, Maponya completed the construction of Maponya Mall in 2007, with former president Nelson Mandela cutting the red ribbon to mark its opening. It was one of the few malls to open in Soweto, which was underserviced in terms of formal retail space.

Maponya was able to easily move in business and political circles. He was the founding president of the National African Federated Chamber of Commerce and Industry (Nafcoc), which advocated the interests of black businesses under apartheid, in the 1960s.

Nafcoc, led by Maponya, Sam Motsuenyane, Reverend Joe Hlongwane and Archie Nkonyeni, was instrumental in forming African Bank, which was known as a “bank for black people”, after successfully raising R1-million in equity among other black entrepreneurs. African Bank launched its first branch in 1975 in Pretoria’s Ga-Rankua, but Nafcoc sold its interest in the bank in 1995 due to high regulatory costs associated with operating a bank.

When the ANC was banned in SA and the political party found refuge in Zambia’s capital of Lusaka, Maponya was part of a Nafcoc delegation that went to meet the party’s top leaders in 1986. He informed the ANC that black-owned businesses were committed to serving Soweto and collaborating with radical young people at a time when the township was volatile, with many shops being looted and burnt.

“We have lost a pioneer, a trailblazer and a man of extraordinary fortitude who paved the way for the racial transformation of the South African economy.

“He was of that rare breed of entrepreneurs who would not be held back or become disheartened by difficult operating conditions — in fact, having obstacles put in his path drove him even further to succeed.” BM