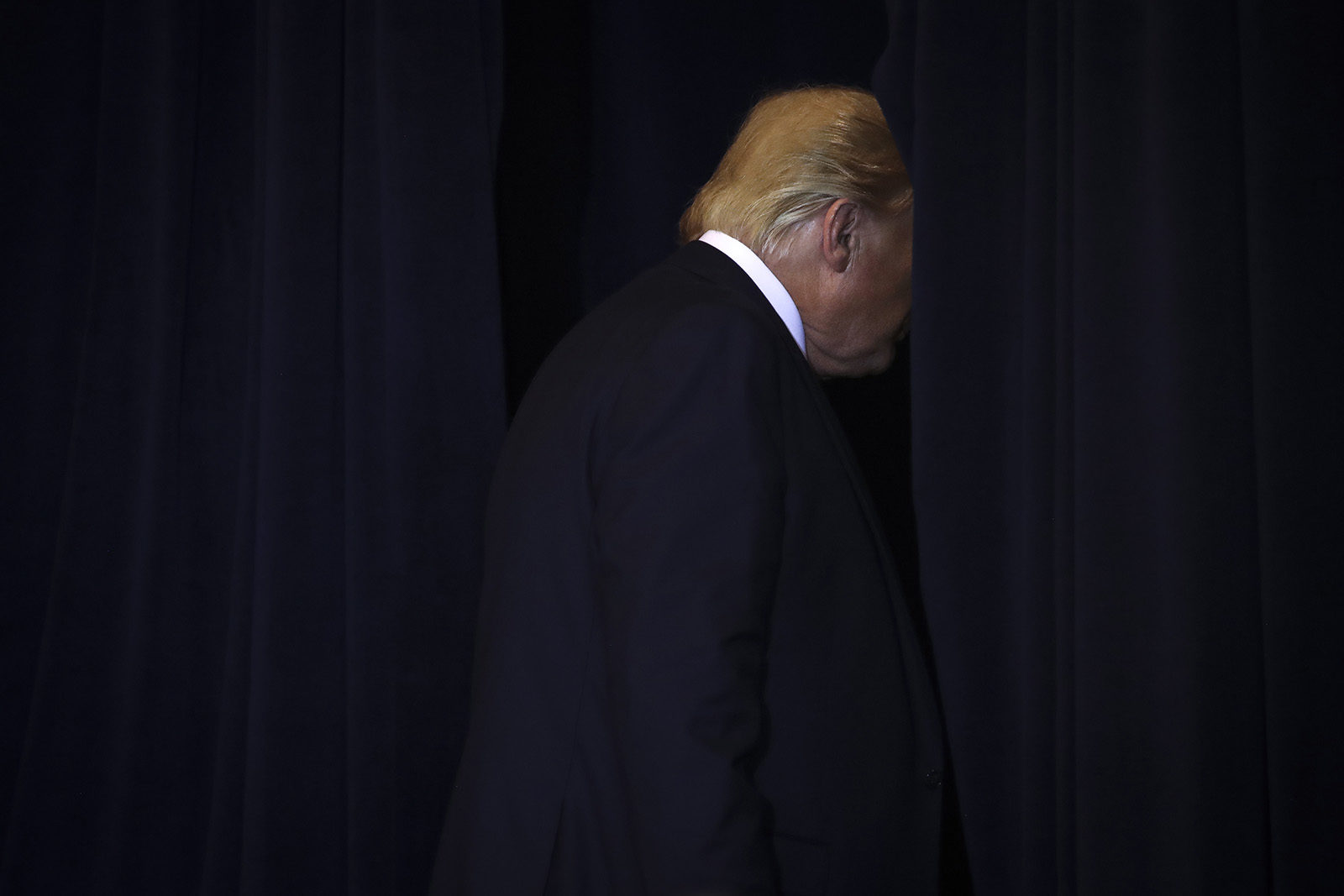 President Donald Trump exits a press conference on the sidelines of the United Nations General Assembly on September 25, 2019 in New York City. Speaker of the House Nancy Pelosi announced yesterday that the House will launch a formal impeachment inquiry into President Trump. (Photo by Drew Angerer/Getty Images)

An incomplete yet highly reflective gallery of our wild, wild world in 2019.

April: Scientists capture the first image of the black hole

May: Cyril Ramaphosa is elected President of South Africa

Theresa May announces her resignation

50 years ago, the iconic ‘Abbey Road’ photograph was made

September: President Donald Trump’s ‘wall’ is used as a platform for protest art

October: At 22, Simone Biles is the most decorated artistic gymnast of all time, men and women combined

South African-directed documentary, ‘Influence’, is selected to compete at Sundance Film Festival in 2020

Disney Plus releases ‘Star Wars: The Mandalorian’ and Baby Yoda forces his way through the internet