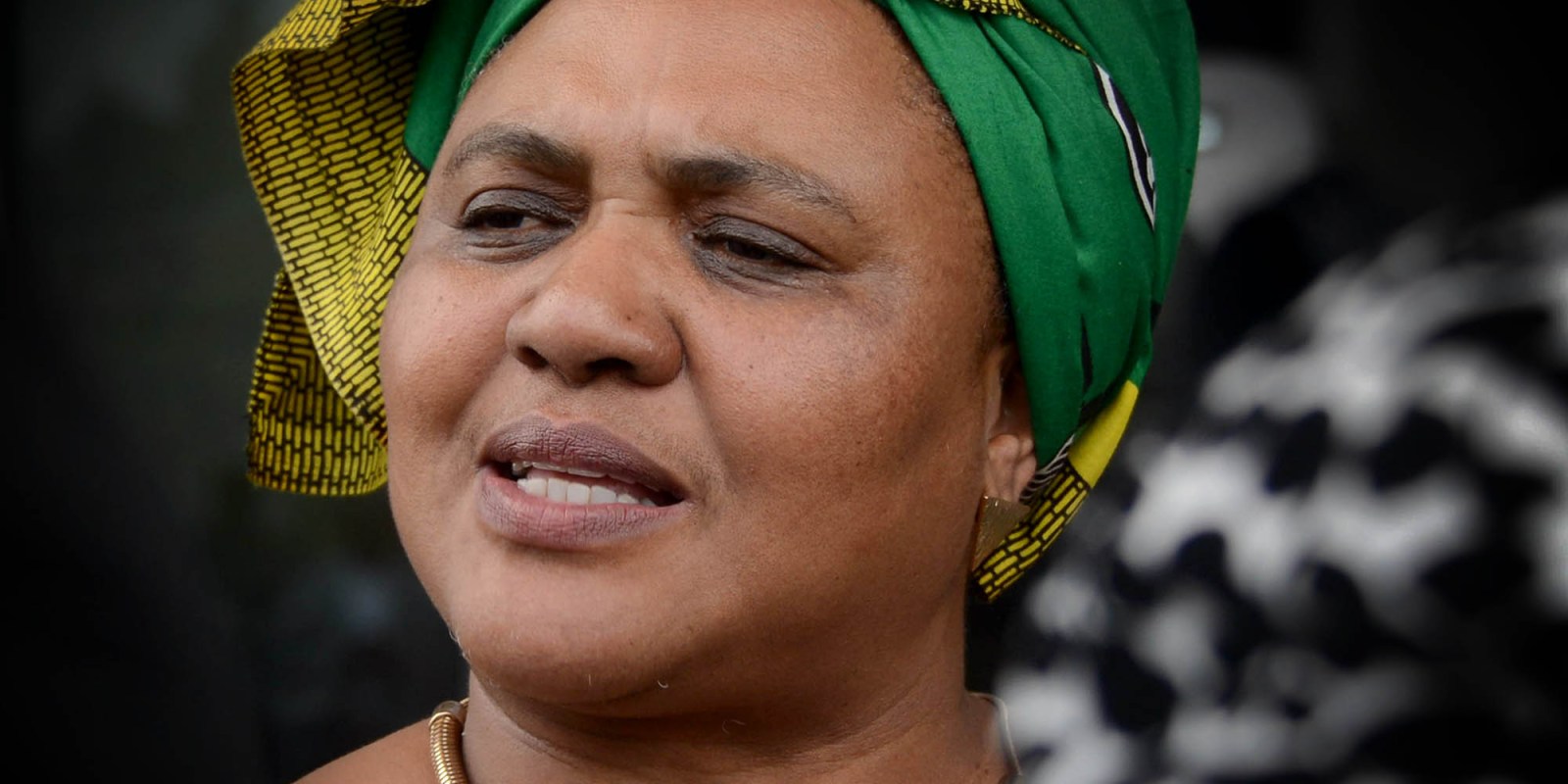 Cabinet has adopted most recommendations made by the Presidential Advisory Panel on Land Reform and Agriculture, Minister Thoko Didiza explained on Thursday. Didiza, however, failed to provide clarity on some of the most pressing questions, like expropriation without compensation.

Cabinet has adopted the majority of the recommendations in the Presidential Advisory Panel on Land Reform and Agriculture report, but failed to provide clarity on crucial recommendations regarding the administration of land reform and agriculture, expropriation without compensation and the Ingonyama Trust.

Minister of Agriculture, Land Reform and Rural Development Thoko Didiza said Cabinet approved 60 of 73 recommendations in the advisory panel’s report, with nine recommendations rejected and three noted. She said many of the recommendations overlapped with work already under way.

“Therefore, in large measure, the recommendations were seen as the affirmation of work already being done and also sharpening and giving alternatives on how some of these processes,” said Didiza, speaking in Tshwane on Thursday.

She said the inter-ministerial committee on land reform and agriculture failed to meet its September deadline to provide a report outlining the views of relevant departments on the panel’s recommendations as they were still delving into the issues.

President Cyril Ramaphosa appointed the 10-member panel in September 2018 to analyse and provide proposals on a broad range of land and agricultural issues to help address inequalities that have persisted in the democratic era.

The panel was established in the wake of debate over expropriation of land without compensation but the report provides a detailed analysis of a wide-range of issues.

Didiza said the relevant departments would develop plans to implement the approved recommendations.

“There were some recommendations that were not accepted, not because the issues raised were not important but such recommendations required further engagement, which are of a policy nature.”

The report recommended that land reform policies should flow from a new vision for agrarian reform and a new unified land administration system be established. Didiza said the 1997 Land Reform White Paper was still an adequate framework for land administration and addressing unequal ownership patterns, although it may need to be amended to allow people to register deeds in communal areas.

Government also rejected the recommendation to review the Office of the Valuer-General to ensure compensation in cases of expropriation is just and equitable rather than market-related. Didiza said the current laws are sufficient to guide the office.

The report suggested establishing a national land rights protector to manage high-level conflict over land between the state and citizens. Didiza said the Land Claims Court already fulfils some of such functions and Justice Minister Ronald Lamola had been instructed to work on expanding its role to tackle a broader range of land disputes.

Didiza said Cabinet had rejected the recommendation to establish a land reform fund, claiming the “optimum and judicious use” of current budget allocations is sufficient to fund land reform.

The recommendation to impose a ceiling on land ownership required further work, said Didiza. She said it would be difficult to limit the size of farms as different regions have different agricultural conditions across the country.

Dr Rosalie Kingwill, a representative member of the Land Network National Engagement Strategy who has written extensively on the panel’s report, said she was “very disappointed” by the announcement.

“The civil society sector is not entirely sure what the purpose of the announcement was because the minister was rather vague an most key recommendations,” said Kingwill, claiming Didiza’s briefing lacked detail.

“She made no comment at all on the elements that seemed to gain much traction in the panel report regarding land governance and developing an integrated land administration system, nor on the innovative ideas around introducing land documentation or records for currently off-register rights,” she added.

“In general, the lack of a coherent approach to land tenure reforms is very concerning for all those affected,” Kingwill added, noting that it was positive that the apparent adoption of the proposal to establish a land rights protector was encouraging.

Dr Donna Hornby, a land reform and agriculture researcher at the University of Western Cape’s Institute for Poverty, Land and Agrarian Studies, said: “To put it bluntly, the minister’s response dodged the hard issues and reinforced pie-in-the-sky policies that have proved to be ineffective.”

Didiza avoided taking a clear stance on expropriation without compensation, instead deferring to the ongoing work of Parliament’s ad hoc committee on amending Section 25 of the Constitution. The panel was divided on the issue, leading two members to write an alternative report.

“What is land reform for? Who should benefit? How should land be held and used? These are foundational questions which the minister believes were addressed in the 1997 White Paper on Land Reform, the very policy framework her department criticised and rejected when she was previously minister of land reform and agriculture,” said Hornby.

She said a key reason for land reform’s failure was the lack of co-ordination between relevant departments, the Land Bank and units in Didiza’s own department. Didiza said the current inter-ministerial task team was sufficient, but Hornby suggested the minister was continuing the oversight system that led to “abandoned and under-used agricultural land”.

Didiza was also criticised for failing to take a stance on the Ingonyama Trust, which administers communal land in KwaZulu-Natal and is accused of abusing tenants’ rights for financial gain.

“The view of government is that the issue of Ingonyama Trust actually falls in the broad scope of tenure reform in South Africa which is not yet concluded and therefore it will be dealt with in that category of addressing the issue of rural tenure in South Africa,” said the minister.

Hornby commented, “One is left with the impression that government intends doing nothing about the Ingonyama Trust, preferring perhaps not to confront the [King Goodwill Zwelithini] and his vested commercial interests.”

Kingwill said there was a “gaping hole” on the report’s recommendations on documenting land rights in previously unregistered areas and the absence of clarity on the Ingonyama Trust was “worrying”.

Hornby asked, “How many more advisory panels are needed before South Africa develops a coherent land reform policy framework that addresses the insecure tenure of millions of South Africans, the unco-ordinated and poor support that small-scale farmers receive and the housing backlogs that confront South Africa’s urbanising youth?” DM