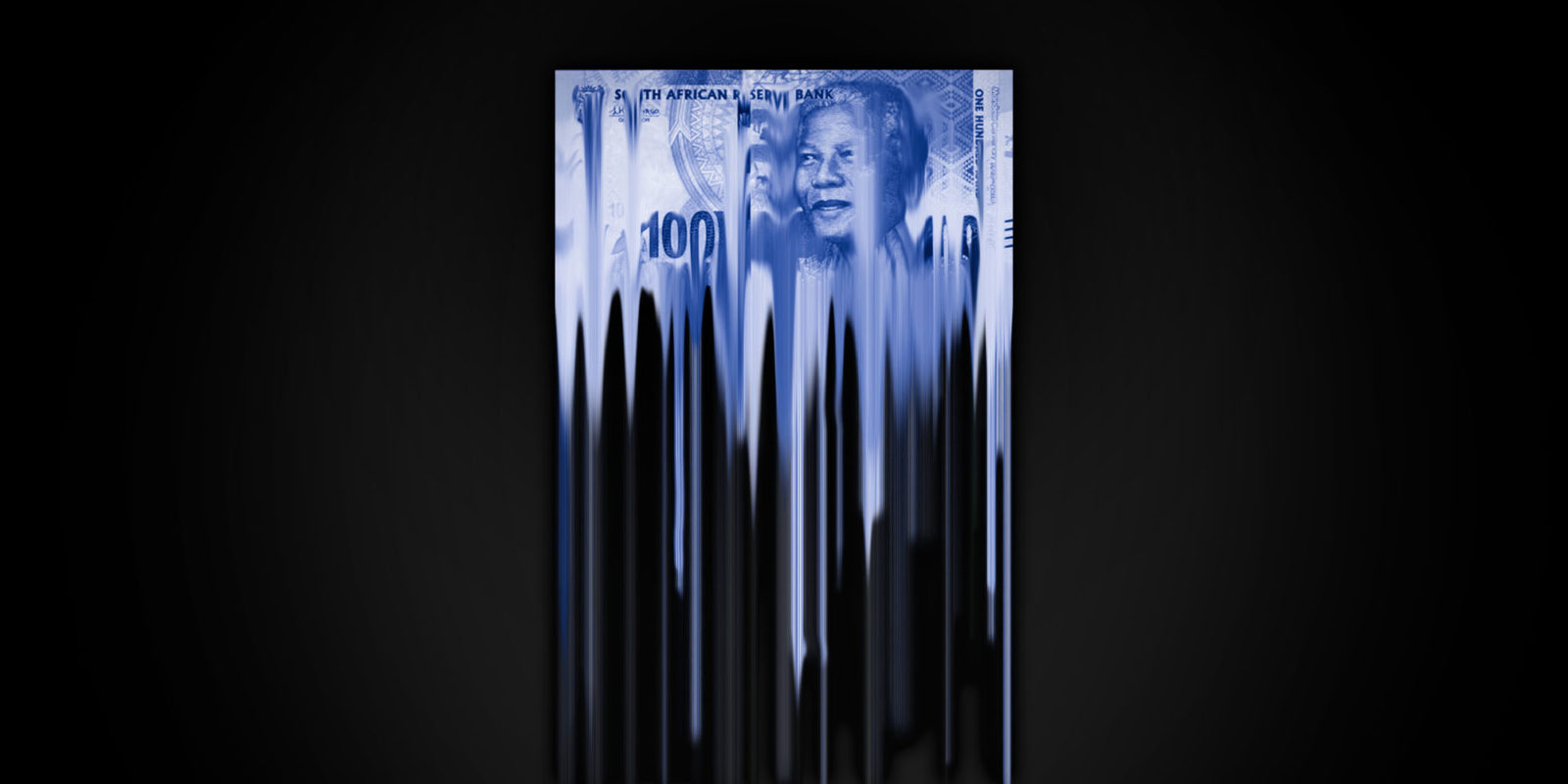 Load shedding at 2019 levels will likely kill any prospects for economic growth in 2020, says the writer. (Illustrative image | source: Adobestock)

The New Year will be a big one for South Africa's stuttering economy, which may have ended 2019 in recession. Here are five key factors or events to keep an eye on in 2020.

The 2020 budget speech by Finance Minister Tito Mboweni in February will be one of the most crucial ever delivered in the democratic era. His Medium Term Budget Policy Statement (MTBPS) in October was not a particularly inspiring warm-up act. Economic growth for 2019 was pegged at a lousy 0.5% and even that may yet prove to be optimistic. Budget deficits were seen exceeding 6% of gross domestic product (GDP). The national debt — and with it, debt-to-GDP ratios — will maintain their steady rise. And yes, R50-billion will be trimmed annually from the budget over the next three years, for a total of R150-billion.

To get this done, Tito will need to fire up a chain saw. Key things to look out for in the speech will be the extent of these cuts, and where they will be applied. Given the factional state of ANC politics, that will be no easy task, but ratings agencies and markets are in an unforgiving mood. Order must be brought to public finances.

State-owned enterprises (SOEs) will also figure prominently. With South African Airways in business rescue and Eskom, the lifeblood of the economy, on life-support, there is not a lot of fiscal room left to throw lifelines to failing SOEs. Without a stern sink or swim message, Tito may find his own credibility will also be submerged.

The South African Revenue Service (SARS), and its ability to collect revenue, will be another feature. Space for tax hikes beyond the usual ones on booze and smokes is severely limited — SARS needs to collect from the shoddy economy it is stuck with. Also expect forecasts for economic growth, which are bound to prove optimistic, and will get pruned as the year rolls on.

After Stage 6 load shedding, what next? Even cancer doesn’t have so many stages. President Cyril Ramaphosa cut short a visit to Egypt to visit Eskom and get an update on the situation. Afterwards, he told the media that he was “surprised and shocked” by the dramatic Eskom turn for the worse. But a timetable for procuring a promised 5,000MW in emergency generation was not forthcoming.

“By failing to make an executive decision on new electricity generation infrastructure, the president failed to live up to the expectation – created by his premature return from an international trip – to once and for all rid the country of the burden of load shedding,” wrote my colleague Sikonathi Mantshantsha.

Eskom is finally getting a new CEO in January in the form of Andre de Ruyter, the CEO of packaging group Nampak. But the public remains in the dark about its plans to keep the lights on. Load shedding at 2019 levels will likely kill any prospects for economic growth in 2020.

The potential for, or severity of, such downgrades will largely hinge on factors one and two. Citing low economic growth and rising fiscal deficits, rating agency S&P Global Ratings cut its outlook on South African debt to negative in November, raising the prospect of a deeper plunge into junk territory. S&P was the first rating agency to cut South Africa’s debt to junk in 2017 in response to former President Jacob Zuma’s political shenanigans and mismanagement.

Only Moody’s still rates South African debt as investment grade (IG), and that is by a thread. It recently lowered its outlook to negative, and if it pulls the trigger in 2020, South Africa’s fall from IG grace will be complete. That will see South Africa dropped from the FTSE World Government Bond Index, potentially sparking a sell-off and capital outflows that could undermine the rand.

“South Africa’s biggest test in 2020 will be its ability to retain its last remaining investment-grade (IG) rating, and consequently its inclusion in the World Government Bond Index (WGBI),” Razia Khan, the chief Africa economist for sub-Saharan Africa at Standard Chartered Bank, wrote in a recent country briefing. “A downgrade to sub-IG by Moody’s is more likely than not, in our view.”

Still, Standard Chartered does not see the sky falling, not least because of investor appetite for yields.

“We expect market volatility in the event of WGBI exclusion to be short-lived. First, passive trackers of the WGBI represent only a small portion of total foreign holdings of South African Government Bonds. Second, any outflows are likely to be offset – eventually – by new yield-seeking inflows. National Treasury sensitivity analysis suggests that even with a 10% change in either interest rates or the FX rate, the government will still be able to finance its borrowing requirement, albeit at a higher cost.”

And that cost will mean less money available for schools and roads and that sort of thing.

South Africa may have the most industrialised economy on the continent, but it remains vulnerable to the weather. The agricultural sector declined 3.6% in the third quarter of 2019, when the broader economy contracted 0.6%. This was in part because of drought conditions.

One key thing to look out for in 2020 is the size of the maize crop. According to government’s Crop Estimates Committee, South African commercial farmers are intending to devote 9.5% more land to maize plantings for the 2019/20 summer season, lured by higher prices. A poor harvest would push those prices further, feeding into inflation and hitting the poor who depend on maize as the caloric staple. This will depend on the rains, which were late but have been making up for lost time in recent weeks. But the outlook is uncertain.

The South African Reserve Bank (SARB) has some room to cut rates, but not to the bone. Expect the bank’s Monetary Policy Committee (MPC) to wield a scalpel rather than the chain saw that Tito requires. But if Tito can cut a path out of South Africa’s fiscal mess — at least to the point where the forest can be seen for the trees — the MPC could apply the scalpel a bit deeper.

The SARB’s key lending or repo rate currently stands at 6.5%, making the effective lending rates for South Africa’s struggling consumers 10%. The case for monetary easing is clear: CPI inflation is at a pedestrian 3.6%, near the bottom of the SARB’s 3% to 6% target range, the unemployment rate is almost 30% and much higher if the army of people who have given up looking for a job is included, and the economy may have ended 2019 in recession. If ever there was a textbook case for lowering rates, South Africa would be a prime candidate.

Governor Lesetja Kganyago, who is nobody’s fool, is well aware of all of these trends — he is not tone deaf. But relatively high rates, at a time when many central banks are easing, are one of South Africa’s few attractions for foreign investors at this sorry stage in the country’s economic history.

The governor also has his eye on the rand exchange rate, and he does not have the foreign reserves at his disposal to prop up the currency. And the SARB needs to preserve its independence. So there is potential for a cut or two that could take the repo to 6%, and allow South African consumers to borrow at single-digit rates. But don’t hold your breath for a deeper round of cuts. A scalpel only goes so far. BM

By Ruan Jooste and Ray Mahlaka

Production resumes: Thousands of foreign mine workers set to return to SA

What the liquor industry really fears about the lockdown