Going off the grid is a costly business

Going off the grid is a costly business 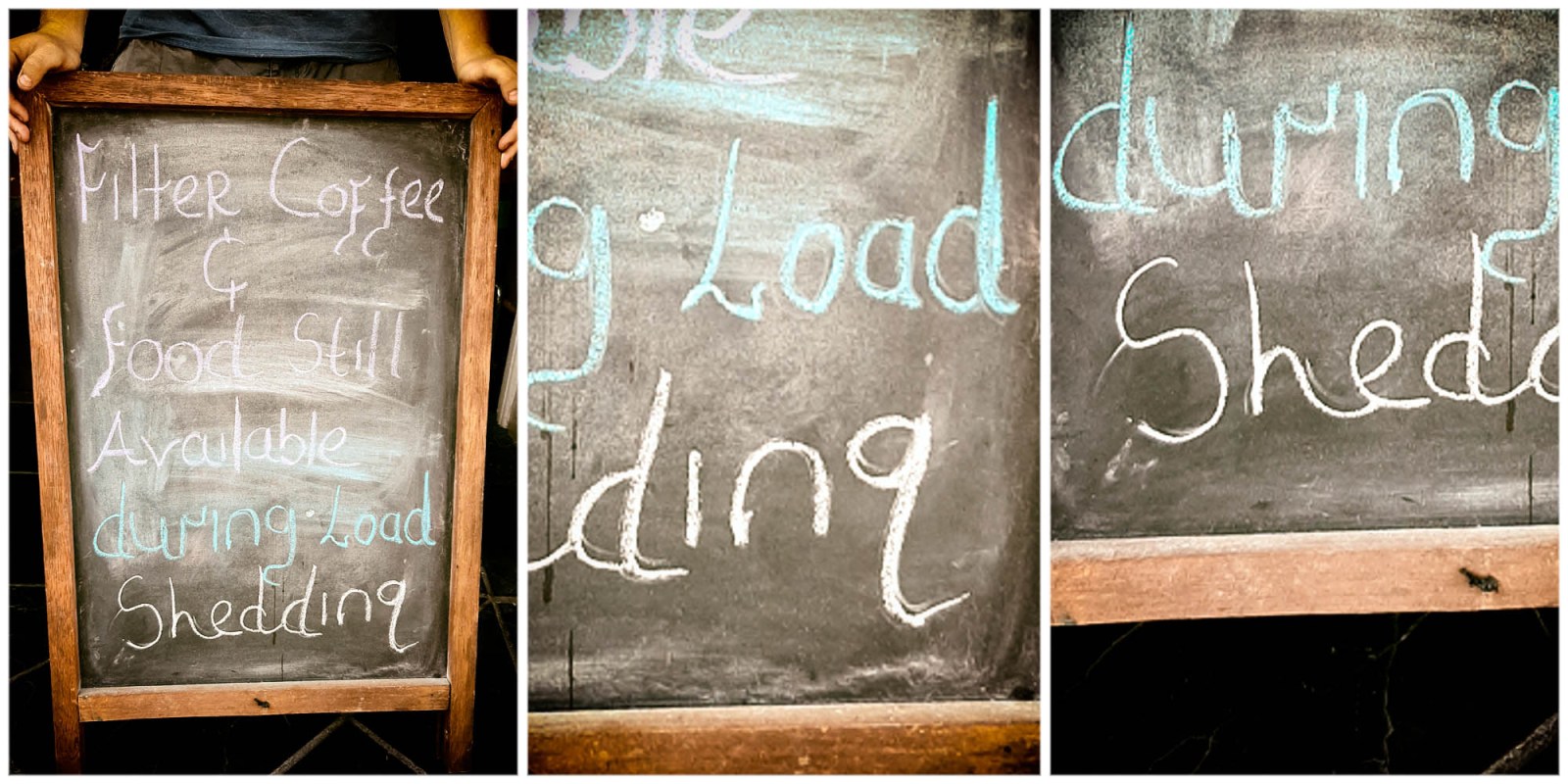 Will’s Café and Deli in Oranjezicht is one of the few smaller businesses that can continue to operate during load shedding, proudly advertising this on a board outside. (Photo: Lia Snijman)

Small businesses struggle to keep their doors open when Eskom sheds power, but high capital investment costs and uncertainty regarding the duration of load shedding make some smaller businesses reluctant to invest in alternative sources of energy.

The City of Cape Town has challenged Eskom “to take a step back and let municipalities purchase their own electricity”. Western Cape Premier Alan Winde said green energy is the future and called for diversification of energy supply at a media event on 12 December where DA leaders visited small business owners in the city centre to hear what the impact of load shedding is on them.

Small businesses, meanwhile, are seeking ways to keep their doors open and have been investigating alternative sources of power.

Mark Becker, director of M Solar Power, a Cape Town solar energy provider, said there had been an increase in inquiries about solar panels after the most recent wave of load shedding, which was suspended on Saturday December 14.

Becker said half their customers want solar power for personal use and half for business use.

He explained that it would be difficult for a small business such as a coffee shop or a small restaurant to convert to solar power because appliances such as coffee machines and refrigerators were “heavy- current items” that used a lot of electricity.

He estimated that for a smaller business to set up with solar power would require an initial investment of between R400,000 and R2- million, making it unfeasible for most.

Patson Dewah, a technical support engineer from Smart Energy SA, said inquiries for their solar panels have “skyrocketed” as people are looking for “something to fall back on”.

He said that while three-quarters of their sales are for residential use, they had seen an increase in commercial sales.

Businesses that need about 5kW per hour and work with a battery could pay about R130,000 to get started, whereas they would need to invest about R500,000 to go off the grid completely.

Dewah said switching to solar power was a good investment in the long run. You don’t pay for the power itself, and batteries now have a longer life expectancy.

Nomfundo Matlala, CEO of Marche Media, was visited by the DA for a media event that the party facilitated about the effects of load shedding on small businesses. She said to cope during load shedding, employees had been coming to the office at odd hours for post-production.

She said eight-hour days end up being 16-hour days, and load shedding caused production delays and played havoc with planning and schedules.

She added that they sometimes lost data when their computers unexpectedly went off, and they had seen a 20% drop in profitability.

Ideally, she would like to be off the grid, and the longer load shedding continued, the more innovative she had to be to keep the business going.

“Once load shedding hits, everyone is reminded that with a solar system this issue would not persist.”

While the company has more residential projects, it sells more panels for commercial use overall, because these setups require a minimum of about 300 solar panels. Bigger installations “can contain several thousand solar panels,” he said.

Ortmann conceded that, especially when using batteries along with the solar power system, “the initial capital investment is significant”.

Typically, a battery-powered solar system pays off within seven to nine years.

His clients usually split their implementation of the solar power system into stages.

Getting a small business on solar power depends on specific needs. To simply keep one’s tills going while the sun is still out, without having any lights on, would be feasible for less than R15,000 as an initial investment.

If kitchen appliances needed to keep running, the price is likely to be closer to R250,000 “because of the high power draw”. And, keeping an office with some computers going could cost anything from R30,000 to R80,000 as an initial investment.

“A number of our commercial clients have approached us for commercial- and industrial-scale battery storage to fight load shedding and be able to continue their operation normally, no matter if the grid is functioning or not.

“The technology is by now so far advanced that even without power failures, utilisation of batteries in a commercial or industrial application is financially feasible within seven to 10 years. It is becoming more and more important for companies to reduce their carbon footprint and their reliability on external factors like grid stability,” said Ortmann.

“Taking into account the protection of revenue for the business, as it won’t shut down during power failures, the return on investment will usually be below three years.” DM