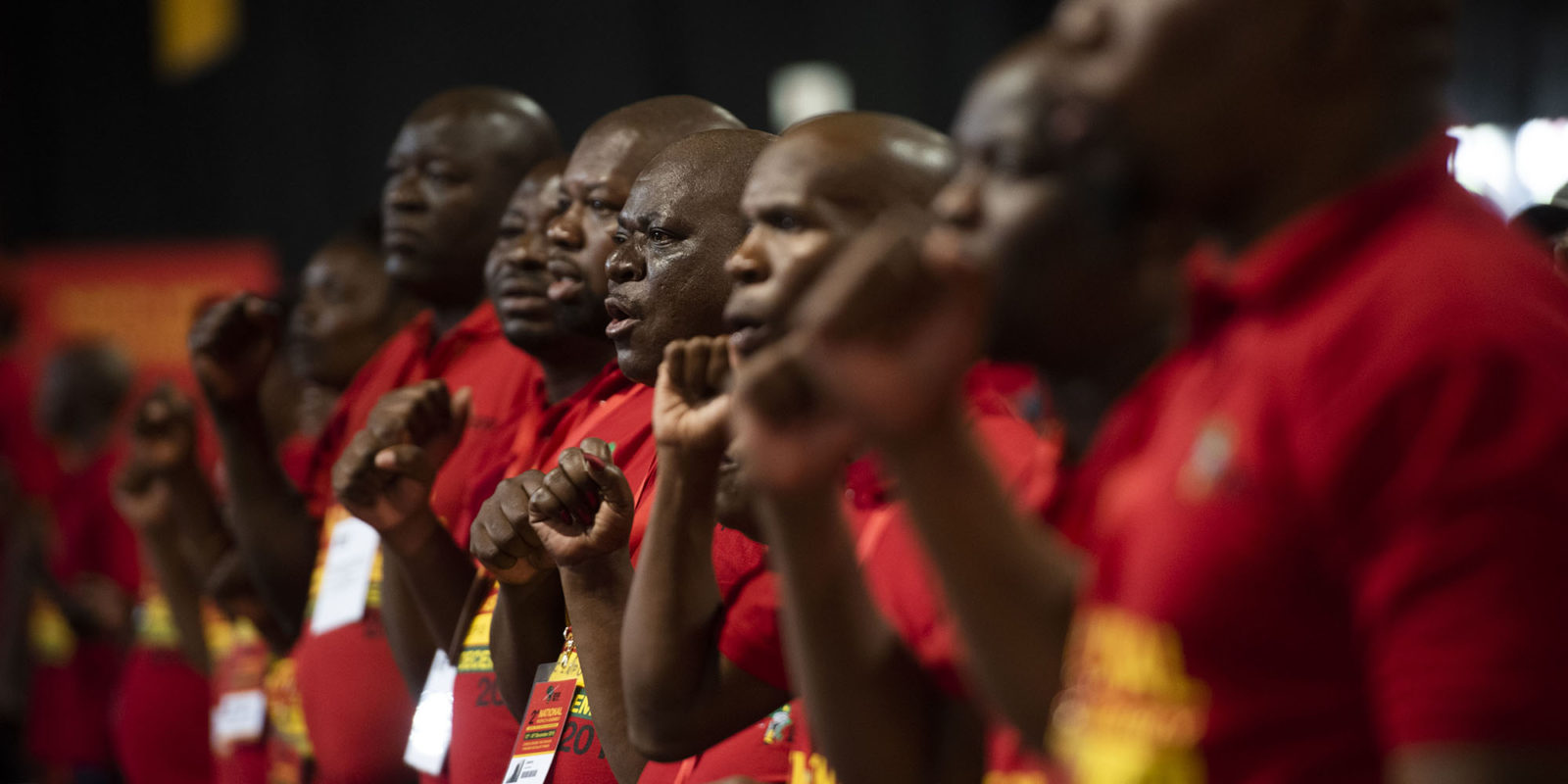 The Economic Freedom Fighters are planning to branch out across the continent and advocate for an Africa united under a single government. It’s also encouraging its members to open their doors to victims of xenophobic attacks at home.

EFF leader Julius Malema has challenged the party’s followers to “get a passport, travel the continent” and realise the opportunities it has on offer. Malema talks about going to Nigeria where “they trade in dollars” and run banks without white supervision. In 2013, he went there to see the famous pastor TB Joshua.

On Monday he gently poked fun at those who complained that they don’t have money to travel. Malema also admonished delegates who expressed doubt about the idea of opening the continent’s borders. At the closing session of his party’s second three-day congress – or National People’s Assembly – at the Nasrec Expo Centre near Johannesburg, he told the roughly 4000 delegates: “You don’t know there’s a continent called Africa because whites told us there is only South Africa and the rest are useless.” He turned the narrative upside down by encouraging the party’s followers to invest in other African countries, to buy property there, and go there for jobs.

Malema blamed the lack of jobs in South Africa on “white capitalists who keep liquid capital in the banks and refuse to invest it”. He cautioned against tribalism: “We say don’t attack Africans because once you finish Africans, you will go for each other.” Instead, party members should open their doors to those who flee xenophobic violence.

The EFF’s resolutions on African unity spells out the party’s vision. It’s idealistic, but silent on some big issues, such as silencing the guns, which President Cyril Ramaphosa will be seized with during South Africa’s presidency of the African Union next year. The EFF sees Africa as borderless, with “one federal government, one federal army” and one currency – a vision a pan-Africanist like Kwame Nkrumah would have been proud of.

Malema is known across the continent as a firebrand, and the EFF’s recent congress has attracted representatives of the EFF from places like Liberia, Lesotho and Namibia, where the party won two seats in the recent elections. Some of these representatives will no doubt form part of the party’s Africa outreach arm, which is set to have an office in each of the continent’s four regions. It will be headed by Godrich Gardee, who recently stepped down as the party’s secretary-general. The delegate from Liberia also suggested that the leaders of the parties all have the title of “president” so that there’s only one commander-in-chief – Malema himself.

In addition to their branches, the EFF is set to step up its solidarity with some of South Africa’s immediate neighbours. Malema’s calls almost nine years ago to effect regime change in neighbouring Botswana got him kicked out of the ANC, but he doesn’t have similar constraints in the EFF. The party is set to show solidarity with Eswatini opposition parties by demonstrating at the border – stepping into the space formerly occupied by labour federation Cosatu.

Eswatini’s People’s United Democratic Movement (Pudemo) leader, Mario Masuku, in his address to the EFF congress called on the EFF MPs not to associate themselves at the Pan-African Parliament with “(parliament) members of Swaziland who have not gone through a democratic election but say they represent people”.

Former minister and Malema’s big friend since his Youth League days, Saviour Kasukuwere, also attended the congress. “You have acquired substantial political power,” he told Malema and party leaders, quoting Nkrumah as saying “a political kingdom is not enough, we now want total economic freedom in Africa”. He told Malema the reason people were behind the EFF now was that the party was moving in the right direction. Kasukuwere, a loyalist of former president Robert Mugabe, has harboured presidential ambitions since 2012 and has been living outside Zimbabwe ever since Mugabe had been deposed in 2017. He also recently launched a movement, #tysonwabantu,” in Zimbabwe to challenge President Emmerson Mnangagwa’s leadership. He might have been hoping to up his street cred by attending the EFF congress.

The EFF’s borderless ideal doesn’t, however, come easy to all its members. “If we are realistic, we will find that it is only South Africa that is accommodating more Africans,” a delegate said, incorrectly, in the discussion about the political report. “Since other countries got their freedom before South Africa, I would request they assist us.”

He added that migrants from those countries should help South African black people in setting up their own businesses, “because you find that we black South Africans, we are employed by our African brothers”. He added that Somalian shops got rich from South Africans buying from them. Malema subtly admonished him and went on to say Somalians should share their tips for success. He added that the threat to jobs didn’t come from Somalis, but “the threat is white monopoly capital which must be crushed”.

Malema said: “An African brother and sister who is succeeding is not a threat. We are all one thing, we are all victims of the same enemy agents. They hate us because of the colour of our skin, and it’s important that we now unite as one and not put more emphasis on fences, on imaginary borders, they just put the fence here like this and then we see each other through the fence – there’s not even a wall – and we hate each other so much because of a fence.”

The EFF is up against a strong anti-African sentiment in South Africa, fuelled by political leaders who have been exploiting this for votes. If the EFF’s principled stance on the matter has lost it any votes in the past, the losses weren’t big enough to stunt the party’s growth. The gains Malema stands to make in the continent is bound to overshadow the losses at the local ballot boxes anyway. DM