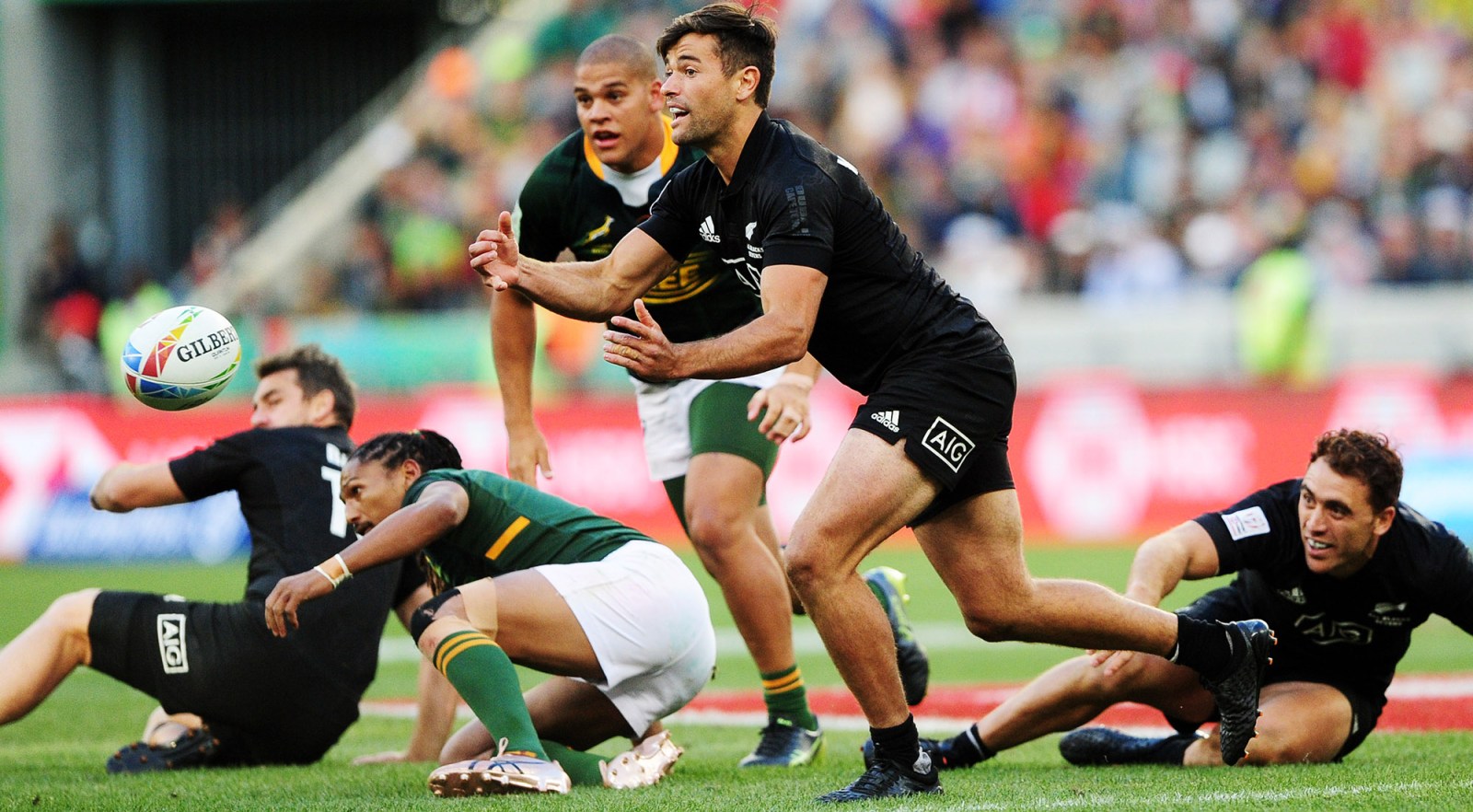 New Zealand did the double as they won the men’s and the women’s titles at the Cape Town leg of the HSBC World Sevens Series on Sunday, reminding the rugby world of their depth and skill at all levels of the sport.

The New Zealand men’s side beat the Blitzboks 7-5 in a tense final at a sold-out Cape Town Stadium in the climax of another brilliantly run and hosted tournament in the Mother City. Their women’s team comfortably saw off Australia 17-7 to add to their Dubai title last week.

The All Blacks failed to defend the fifteens World Cup this year and the Junior All Blacks finished sixth at the World Championships in Argentina – their worst-ever return at that level.

Despite those setbacks New Zealand rugby continues to produce quality players and teams on a consistent basis. Based on the early stages of the current World Series, the Blitzboks’ major rival in 2020 will be New Zealand.

The Blitzboks share the summit of the 2019/20 World Series standings on 41 points along with New Zealand after beating the Kiwis 15-0 the Dubai final a week ago. The two sides are 12 points clear of third-placed France, while they have already opened up a massive 18-point lead on reigning World Series champions Fiji.

After such a strong start to the new campaign the Blitzboks can look to the 2020 and the Tokyo Olympic Games with confidence and optimism.

In the final on Sunday, the match was deadlocked at halftime as both sides relied heavily on their organised and brutal defensive systems to maintain the stalemate. The first half of the final underlined just how much sevens has moved from a game won by a singular attack, to a contest won by the superior defence.

All weekend the overriding theme was how miserly defences have become and how much attacking manipulation it requires to find holes in the best defences. Despite more space on the field, the intensity at which players work to plug holes, coupled with constant communication and trust in the well-honed systems, often makes it feel as if there are more than seven defenders in the line.

The major point of difference in the game in 2019 is discipline. Any tackles above shoulder height are penalised instantly and yellow cards are much more common occurrence than they were last season.

In Sunday’s quarterfinal against Kenya, the Blitzboks had to overcome two yellow cards on their way to a 17-5 win, while they gave up four penalties in a row during their 21-14 semi-final win over France. Those infringements were momentum killers and resulted in a much more difficult route out of those matches for the home team.

The Blitzboks remain amongst the most parsimonious teams in the competition but in the final, they just couldn’t hold out one swarming New Zealand attack that resulted in a try for Ngarohi McGarvey-Black, which cancelled out Justin Geduld’s try three minutes earlier.

Geduld scored after Seabelo Senatla took a quick tap penalty close to New Zealand’s line, but he failed to convert his own try and those two missed points ultimately proved decisive.

Akulia Rokolisoa’s conversion of McGarvey-Black’s try gave New Zealand a slender lead and despite some moments where the Blitzboks bent the Kiwis’ defensive shape, they could never quite break them again.

“We had two good weeks, playing in two finals and winning one,” coach Neil Powell said.

“That is a much better start than last season and bar the two lineouts we fluffed in the final, we had a good tournament. I certainly cannot fault the effort of the players.”

Powell said the longer than usual pre-season helped his team to prepare well for the opening legs of the World Series and winning 11 of their 12 matches in Dubai and Cape Town.

“We had the opportunity to get a proper pre-season in this year and that has helped a lot,” he said.

“It is unfortunate that we could not pull this one through as the Cape Town crowd has been amazing and we would have loved nothing more than winning in front of them.”

South Africa’s women’s team, the Imbokodo, also showed some promise despite a difficult weekend in Cape Town where they ended 10th out of 12 teams in the tournament.

Coach Paul Delport said the lessons learned were valuable to his squad, who came into the weekend as the invited team, competing against the 11 core teams on the World Series.

“We realised that our intensity was not good enough and therefore our defence suffered and we made some poor decisions on attack,” said Delport.

“But that was always par for the course as we last played at any level close to this last year at the Rugby World Cup Sevens.”

Delport expected a gutsy effort from his squad and got that: “I can tell you, I am very proud of this group of women. They really gave everything they had, and I think the crowd appreciated that.

“The support was wonderful and that will mean so much for the team. We have now lived this experience so have a very good idea on where we stand as a group,” he said.

Springbok Women’s Sevens captain, Zintle Mpupha, said the experience will inspire them as they looked to the future.

“We have now tasted what the circuit is about, and everyone wants more of this,” she said.

“The home crowd was amazing, and we want to thank everyone who came to support us. The future of this team is now in our hands and we must use this energy we got from playing in Cape Town to improve as a squad.”

Mpupha is confident that they will be able to meet the demands that will come their way in order to become a regular team on the World Series.

“There are very good players in this squad and that is a good start. No one is not prepared to work hard, and we will all be better for the experience we had here,” she said. DM