Expelled EFF members want to make it back into the party 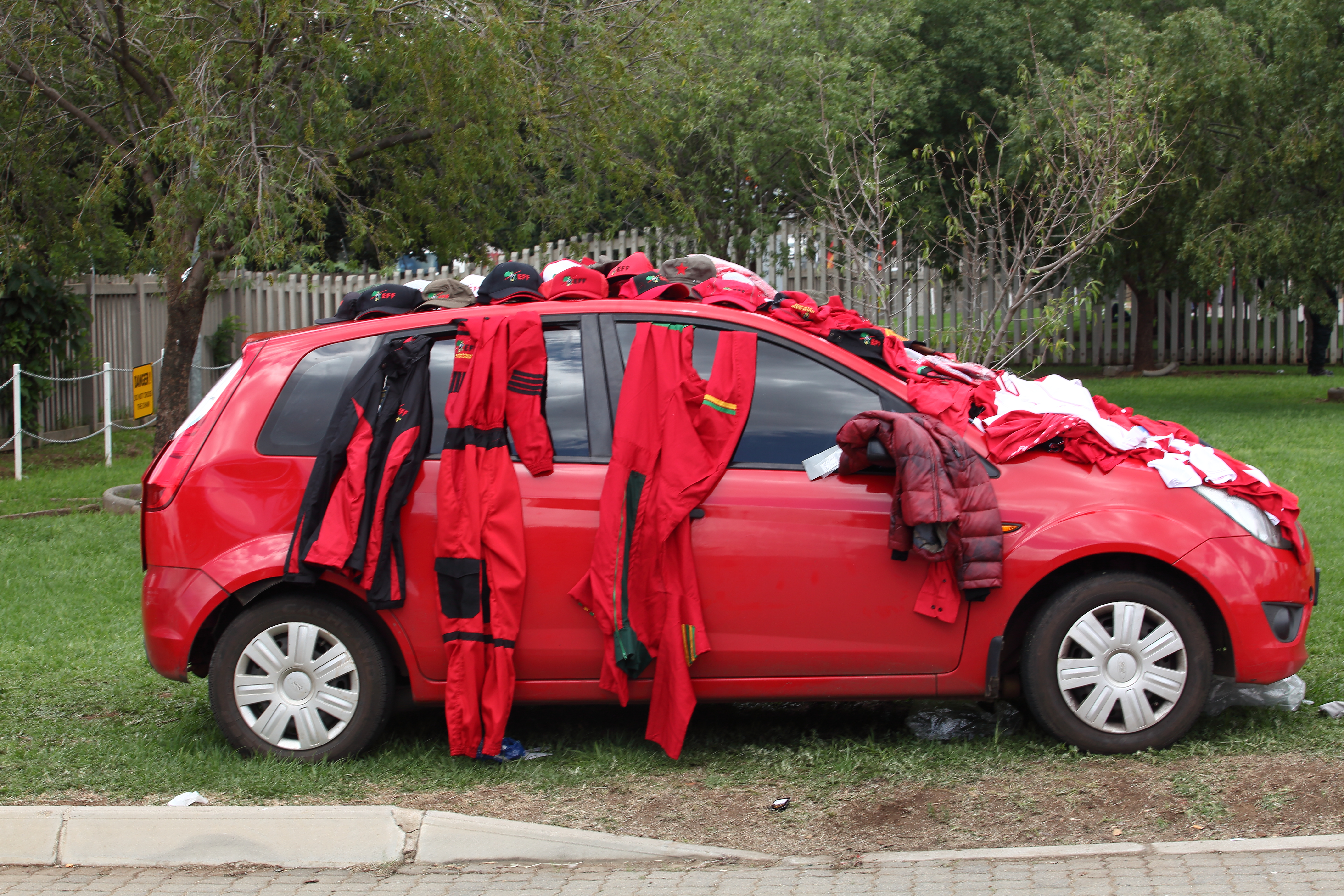 EFF Delegates arriving for registration at the UJ Soweto Campus on the 13 December 2019, prior to the second EFF elective conference which starts on 14 December 2019 at Nasrec in Johannesburg. (Photo By Gallo Images/Papi Morake)

One of the issues on the EFF's agenda, as it kicks off its second national conference, will be an attempt by former members to be reinstated. By Tshidi Madia

This article was first published by News24

The EFF’s secretary-general Godrich Gardee confirmed during a media briefing that he was aware of a “number of letters” that the party had received asking for the conference to decide whether or not certain expulsions and resignations should be upheld.

News24 has seen at least two such letters, one from a member who was previously said to have resigned and another who was expelled, presenting their cases to the party’s highest decision-making structure.

“They may present their case to the NPA [National People’s Assembly] for a review and an appeal, I am aware of quite a number of them. So as and when the organisational report is being presented, so you shall be informed,” said Gardee during a media briefing on Friday.

Marikana activist Napoleon Webster, who is in a dispute with the party in the North West over the validity of his membership, has asked for the conference to rule on it. He claims his branch said he was a member in good standing, while the province has argued that he resigned to join Forum 4 service delivery (F4SD) and as per the party’s rules was not allowed back in.

In his letter to the NPA, Webster claims when he was approached by F4SD while in prison, he was not renouncing his EFF membership but advancing grassroots issues.

“I was then later chastised and victimised by comrades in F4SD for still supporting and pushing the agenda of the EFF even while I was doing work of the F4SD because I was under the impression I was a member of the civic movement and the EFF political party concurrently,” he claimed.

Webster claimed his branch was successfully audited in August 2019 proving he was a member. He added that his membership status should have been dealt with then, as opposed to now when the party was headed to conference.

News24 has also seen a letter penned by controversial party member Abednego Mathole, better known as Msholozi, who has been accused of trying to destabilise the organisation and divide it. Mathole has been chastised by numerous leaders in the party, including its leader Julius Malema who said he was no longer part of the organisation.

In a letter sent to the party’s conference, Mathole called on delegates to seek clarity from the party’s leadership on his membership, adding that he was surprised to hear the party’s commander-in-chief say Mathole was no longer a member.

Mathole has always maintained he was never expelled from the EFF, once telling News24 no letter expelling him from the party had ever been sent to him. He also said his membership would only expire in May 2021.

“Why did Fighter Malema say I’m not a member without any due process unto me… Maybe he was attempting to check how powerful he is to wish this or that member away from the organisation. Perhaps maybe the CIC rhetoric got the better of him,” wrote Mathole in his letter.

He warned that the EFF’s growth had brought a “regrettable tendency” of careerism, parasitic patronage networks, and crass materialism in the party.

“We have come to witness the counter-revolutionary practices normally associated with the draconian ANC happening within our ranks, where even CCT [central command team] members sleep in cars during rallies while other CCT members are sleeping in luxurious hotels at the expense of the movement,” he said.

He also complained that councillors in the party were forced to buy bakkies for EFF work, while their parliamentary counterparts were not subjected to the same demands.

Former KwaZulu-Natal provincial leader Lungi Gebuza, who was expelled for refusing to give up a seat on the parliamentary list, confirmed she also wrote to the party’s second elective conference asking for members to review her suspension.

However, a senior leader in the EFF told News24 the conference is likely to endorse the expulsions that had taken place.

The EFF will nominate names for the top six leadership on Saturday evening. DM

This article was republished with permission from News24. Daily Maverick was denied accreditation to the EFF National People’s Assembly. See statement here: