Zolani Mahola: Chronicle of a life (until recently) untold 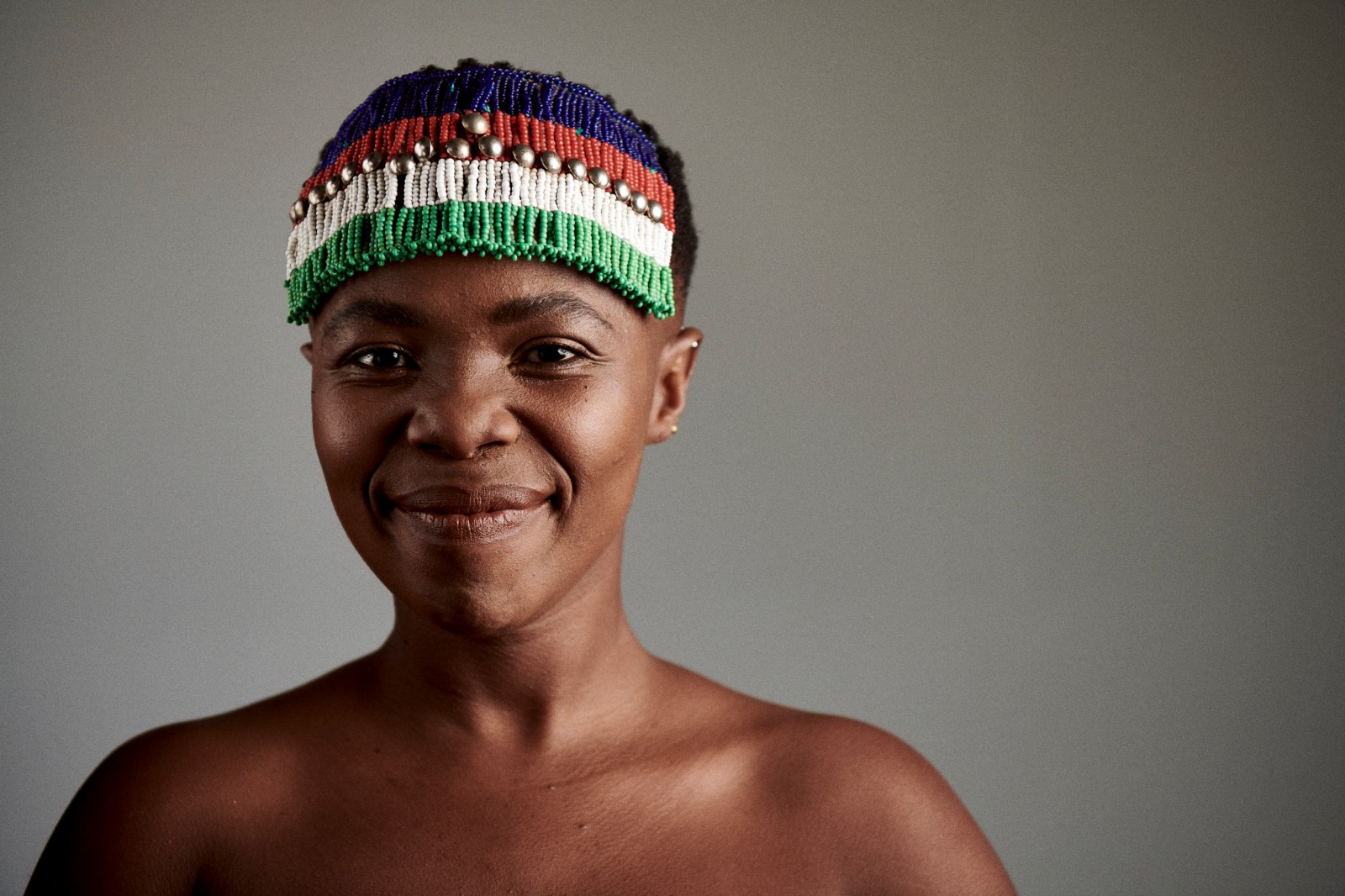 A trained actress, Zolani Mahola is mostly known as the lead singer of the band Freshlyground. Today, she’s embarking on a new journey, intertwining storytelling and music while shaping an emotional narrative one story at a time.

It’s past 10 in the morning and Zolani Mahola is sitting on a brown velvet sofa, dressed from head to toe in black, but for flickers of gold and silver around her neck and on her fingers. She’s sipping her coffee, ready to talk about The One Who Sings, a deeply intimate journey into her childhood and walk of fame, a show that she performed for five nights at Cape Town’s Baxter Theatre at the end of November.

Mahola is everything we’ve known her for, looking through the rainbow lens of Freshlyground’s celebrated oomph and positive energy: she’s beautiful, bubbly, kind and caring, and when Tyrone, the barista, brings her a coffee with “Z Mahola” etched in the white foam, she claps at the sight and snaps a picture.

Under the surface, though, lies Zolani’s – once Monica, her Catholic-given name – tumultuous journey into the world up until today; from her tumble into music and ascendance to fame, to the complexities of life under the spotlights. It’s a story about cuts, wounds and tears, tightening the soul like heavy ropes around one’s wrists; but it’s also a story of hopes, many hopes.

The One Who Sings is a musical memoir and theatrical feast, directed by Faniswa Yisa and produced by both Mahola and Warren Wilensky; it’s also an ode to the singer’s humanness, a catharsis of sorts that liberates both the performer and the audience. “Everything is going to be okay,” she seems to murmur in between new songs, on stage.

“Everything is always going to be okay,” she says sipping her coffee, comfortably seated on the couch.

Mahola, who is 38, lost her mother when she was only six. Her mother was 38 at the time she passed and Mahola’s eldest son has just turned six. If ever there was a sign of sorts or a “right” time to fly solo and share her personal story, this was it.

“I was just six when she died, and my oldest son is six now. So, there’s this weird cyclical thing… And then, I made the decision at the beginning of the year that this would be my last year with Freshlyground for a while, even just to take a year, or more, break.

“There’s a sense of things ending this year and also things beginning…  It is the end of my 17 years with Freshlyground and the beginning of my next chapter. I didn’t necessarily see it as a memoir, but it is a chronicle of my life so far.”

The chronicle starts with a tree – where we would all be summoned to gather around to listen to Mahola’s story; not any tree but a “tree of life”, grounding and anchoring. The minimalist yet carefully created decor creates an intimate and safe space; it conjures up the griots of the past whose tradition of oral storytelling and gathering around the fire or under a tree left lasting imprints in our collective memory.

Faniswa Yisa explains that while listening to Mahola giving a speech – the artist is also a public speaker – she realised how important it was for Mahola’s story to be told and shared:

“I was mostly moved by the presentation and I knew and understood the importance and how much such stories are needed to be told, especially in South Africa right now, where young people are feeling hopeless and thinking that their environment, upbringing and their past is what defines them and sometimes they feel trapped and not worthy.

“One of my feedbacks to her was, ‘I think this will make an amazing theatre piece’ – naturally, because I am from that world. Months later, I got a phone call to direct the piece.”

It took three weeks, and a team of seven, to create the show. Yisa explains that, “The easy part for me is that the story was already there on paper and [Mahola] had played around with it in her presentation; we chatted a lot around the structure and then she would go back and rewrite with an assistant (…).

“The hard part, which is always the case when dealing with personal narrative, is finding a basic structure which becomes the container for the performer [and] that would work on stage; because what’s on paper doesn’t necessarily translate the same way on the floor. Also, understanding that some parts of their story are still raw, so I needed to create a safe space where I can allow things to unravel in their own time – even though we didn’t have much of it. [And then] understanding that the process itself is a healing journey, finding the balance on how much I can push and when to let go.”

That notion of push and let go is evident throughout Mahola’s performance. It’s written in the text: push against Catholic coercion – she says, “Catholicism really deepened a sense of guilt and a sense of shame” – and against sexual abuse; let go when the pain is too heavy and it’s easier to flush it down with a gulp of alcohol; it’s shown in the theatrics: push against the ropes of the past and her stepmother’s control over her mind, let go of a vanished ideal when her mother passes, faded pictures projected on a screen.

Although Mahola’s journey with Freshlyground has been undoubtedly rewarding, The One Who Sings is her most peculiar and unfiltered performance yet, a balancing act between music and storytelling. She not only opens to the public about her personal journey, but also echoes some of our country’s most burning evils and promising beliefs.

About the power of the performance, Yisa says, “Trauma is not something that should be stored away, it should be spoken about, otherwise we end up carrying it in our bodies.”

“The reason I now wanted to go public with this part of my story, with being sexually abused by my stepbrother, was the realisation that it’s such a common story. So many have gone through this experience and have, like me, taken time to [speak],” says Mahola.

“I’ve taken 30 years to speak these words. I have lived with the shame and the guilt, and the destructiveness of it is in the erosion of your sense of self. And yet, it’s still a taboo, it’s still so difficult to say that this happened to me even though we are becoming more and more aware that it’s happened to so many of us.”

And yet, like the thread in her story that ties her to people and people’s stories, there is hope.

“I feel actually tremendous hope. You know, I feel a lot of hope. I feel like there is a wave of gentleness that is coming to our consciousness, as humanity, as the whole human race.

“And I feel in this wave so many things are coming up for us that are showing us the things that we did, that we don’t want to identify with any more. Like wars and rape. And racism. I feel, like, all over the world, these massive big dark things are coming up and I see [them] as an opportunity. We [need] awareness, connectedness of all people around the world, like with the #metoo movement. Something needs to happen; we need our attention to be drawn so that we can make the choice between what to accept and what to reject.”

Mahola’s next chapter is filled with awareness and decisions; and gentleness – it doesn’t matter if the path is paved with challenges. In the end, everything will be alright. ML