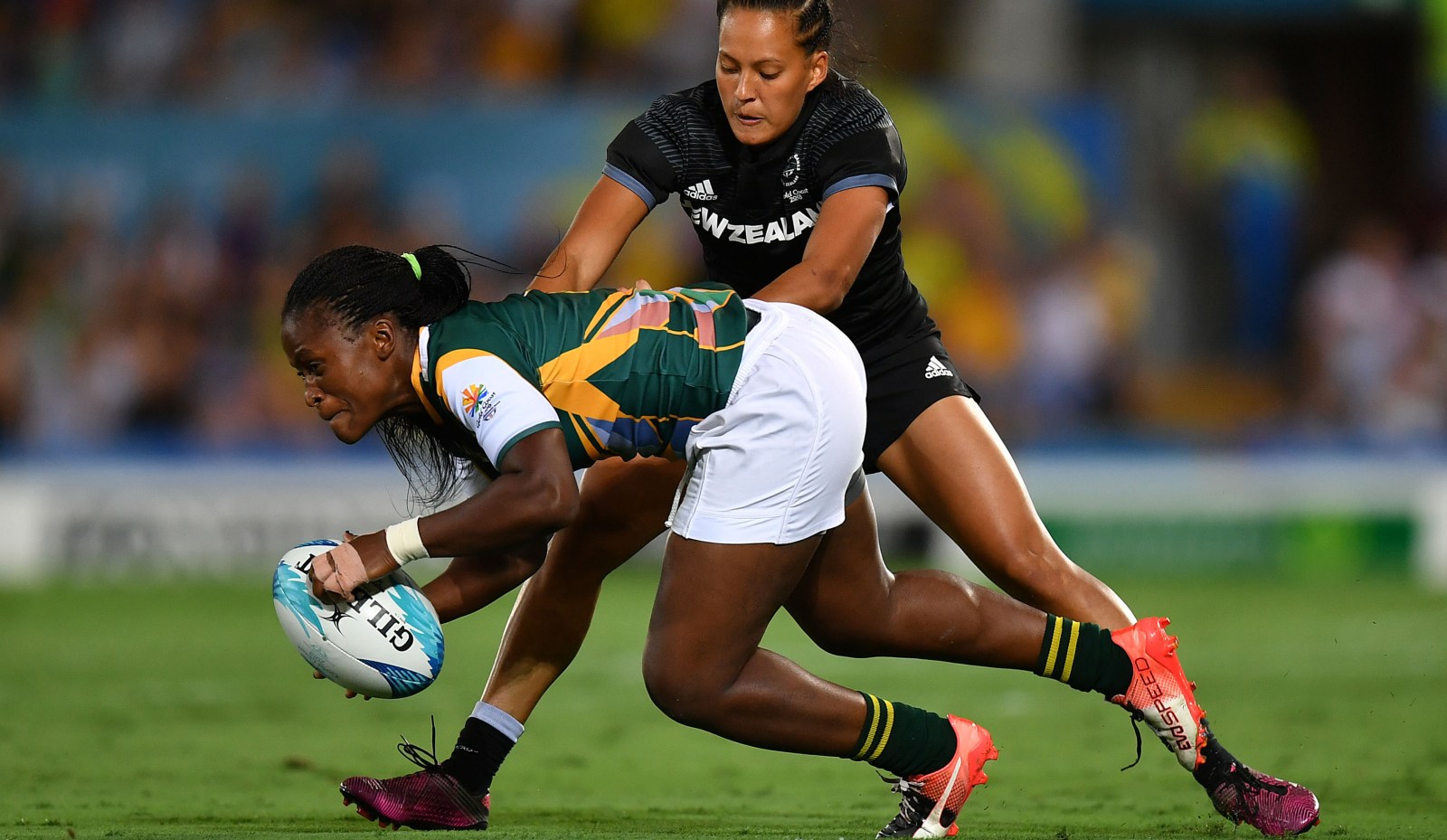 Friday marks a major milestone for women’s rugby in South Africa when the inaugural Cape Town leg of the Women’s World Sevens Series kicks off.

South Africa’s women’s sevens team, Imbokodo, are the African champions and one of the rising powers in the game that is hoping to challenge the likes of New Zealand, Australia, England and Canada in coming years. Having a home tournament is a massive boost for that ambition.

Later on day one, the Blitzboks will start their tournament in the men’s section when they meet Japan. Drawn in Pool A, which includes current World Series holders Fiji, and last year’s runners-up, the USA, South Africa have a tough schedule. Beating Japan is essential given the quality of the other two teams in the pool.

Imbokodo are an invitational team for this weekend’s event as they are not one of the core teams on the women’s circuit. It will be South Africa’s first appearance in the series since Dubai in late 2017 and captain Zintle Mpupha says they cannot wait.

“This is new to us being at home and we are all terribly excited and nervous,” said Mpupha. “We know two things – this group will play with massive heart and we will not give up.  “We realise the pace will be faster, the hits will be harder and the split-seconds will even be less. But knowing that we will be playing in our stadium, in front of our crowd, with our emblem and flag on the jersey, will give us massive energy and encouragement.

“We really hope to have a huge crowd when we play as we want to show our hearts, our guts and our talent to those who come to support us.”

The Imbokodo, who will face Dubai champions New Zealand in their opening match at Cape Town Stadium, have also received some advice from South Africa’s Rugby World Cup 2019 winning captain Siya Kolisi, who Mpupha said told them: “Not to worry about what other people might think or say, but to keep believing in what we want to achieve.”  South Africa will have six series debutants in their squad as they prepare to face the Black Ferns Sevens, Russia and Fiji in Pool A, with Zenay Jordaan and Mathrin Simmers the only players with event appearances in double figures.

New Zealand will again be led by Tyla Nathan-Wong, who was on Thursday, 12 December named Black Ferns Sevens Player of the Year to go with the team’s accolade of New Zealand Team of the Year. The Black Ferns Sevens have made two changes from their victorious squad in Dubai with Youth Olympic Games gold medallists Risi Pouri-Lane and Mahina Paul coming into the 12, the latter to make her series debut.

The Blitzboks had to make a late change to the squad after Hacjivah Dayimani, who was set to experience the World Series for the first time as the official reserve, sustained an ankle injury in training. Impi Visser was called into the squad.

Coming into Cape Town after winning round one in Dubai last week, makes the Blitzboks favourites for the title. But coach Neil Powell wasn’t looking back.

“We did bring in Hacjivah Dayimani as 13th player as we wanted to give him a feel for the World Series, but his ankle injury put paid to that idea,” said Powell.

“Impi Visser will be our official reserve this time around and I am quite comfortable having him around. He played very well for us last season and will be ready to slot in if needed.”

Powell said the good performance by the squad last week pleased him, especially the way the team bonded as the tournament progressed.

“We certainly played better as the tournament progressed, but this weekend we start at zero again,” said Powell.

“The players realise that last week’s performance will not mean anything this week. We are playing three very capable opponents and will have to be at our very best just to get out of our pool.

“Japan is a difficult opponent to start against and Fiji and USA were the top two teams in last year’s series.” DM

• Seabelo Senatla (227) is the leading Blitzboks try-scorer of all time and could extend his tally this weekend.