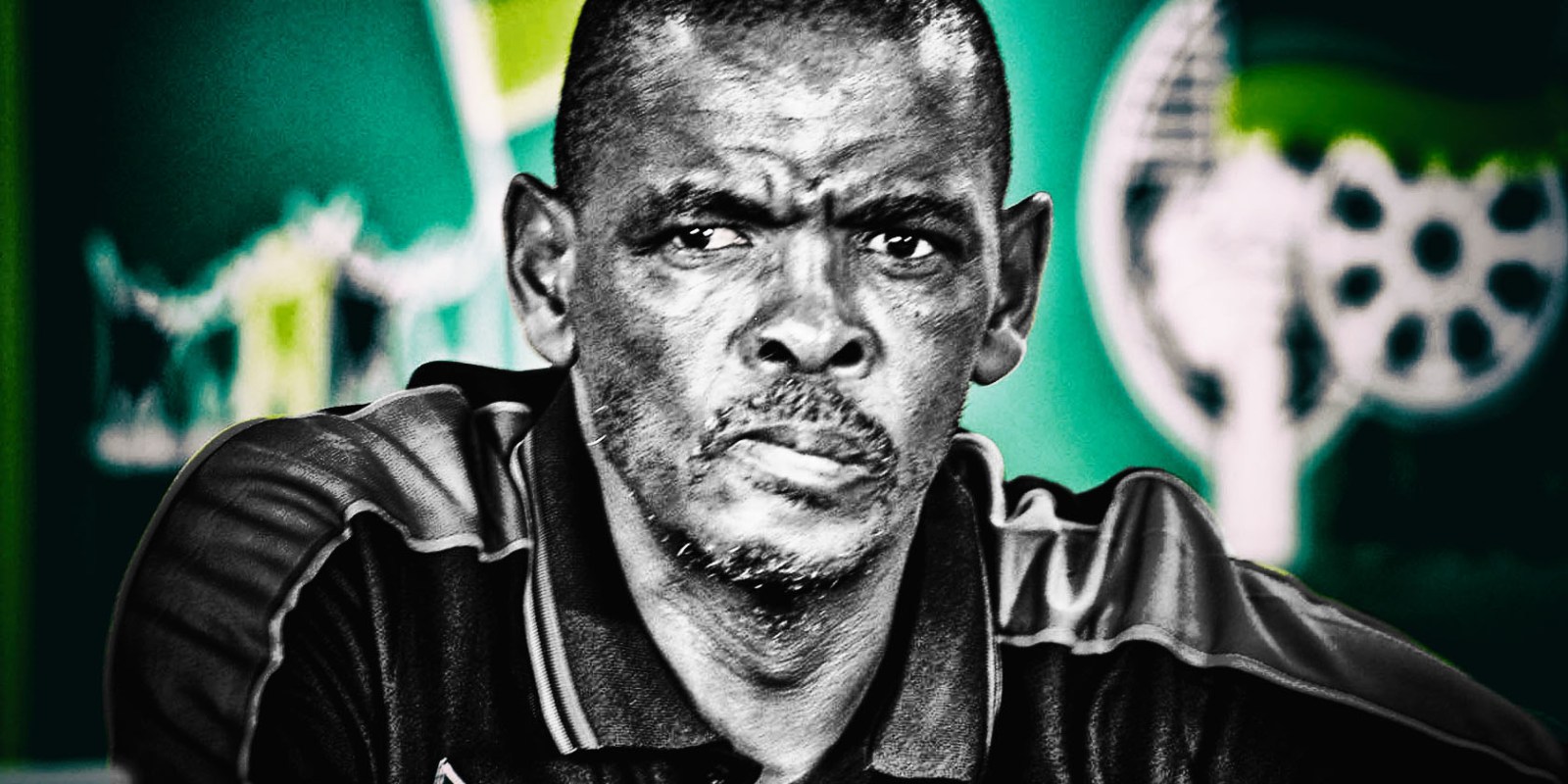 ANC Secretary-General Ace Magashule has told journalists that unity in the ANC is ‘sacrosanct’, and that there were no plans to get rid of leaders such as President Cyril Ramaphosa and himself. Evidence, however, is contradicting this.

A statement read by ANC Secretary-General Ace Magashule was a rather dull 20-minute account of what happened at the ANC’s national executive committee meeting over the weekend. The party’s press conference at its Luthuli House headquarters on Wednesday 11 December, where gender parity and the fight against gender-based violence did get a mention, was an all-male affair, presented by Magashule and party spokesmen Dakota Legoete and Pule Mabe.

Magashule, a man of few words in front of the media, volunteered some information at the end of the statement, off the cuff. It related to recent media reports of a plot to sideline President Cyril Ramaphosa, which followed a report in the Sunday Independent alleging that some in the party were accusing Ramaphosa of trying to destroy the ANC. By these accounts, Ramaphosa and ANC chairperson Gwede Mantashe are now pitted against the other four ANC officials — Deputy President David Mabuza, Magashule, his deputy Jessie Duarte and treasurer-general Paul Mashatile (who is said to have had a fall-out with Ramaphosa).

“We confirmed as top six that the unity of the top six is sacrosanct,” Magashule said of what happened in the NEC meeting. “We don’t know what the papers are talking about because the relationship between the ANC and the rest of the top six, we never have issues. It is important to state this so that you get it from us,” he said, blaming media reports on the divisions on an “intention to further create and drive wedges amongst the ANC leadership”.

He emphasised that the ANC believed in “collective leadership”, adding that its leaders “are happy with progress in terms of unity and renewal, and we said Comrade President must provide [leadership], and we congratulated the president for providing leadership”.

Later, when probed again about these reports, Magashule blamed the stories of a plot to oust Ramaphosa on the media.

“That is what the forces of reaction want us to do,” he said. “We are a united, collective leadership.”

Asked whether the ANC’s mid-term national general council (NGC) in June 2020 could be used to oust any leaders, Magashule said it was a gathering to “review progress” and not to remove the president or the secretary-general.

“We have confidence, as the structures of the ANC, in the president. He was elected by all of us.” At some point, he also added that the unity of the ANC was the reason why the opposition parties were now apparently falling apart.

Magashule’s denial of divisions sounded a bit like that of former ANC secretary-general Kgalema Motlanthe in the months running up to the party’s Polokwane conference in 2007, where divisions in the party burst open in full view on the conference floor, where former president Thabo Mbeki was voted out. Still, it would be hard for anyone to be ousted at next year’s NGC unless one of the two fairly even-sized lobbies within the party manages to pack conference delegates with their supporters and to push through a motion of no confidence.

The bulk of Wednesday’s press conference was about the economy — Magashule mentioned radical economic transformation, although it’s known that Ramaphosa’s lobby is in favour of mere economic transformation — and load shedding state-owned enterprises, as well as government employees toeing the party line. ANC spokesperson Dakota Legoete said it was up to the ANC leaders in government to respect policy resolutions of its 2017 conference in Nasrec.

“We get deployed in government through the mercy and behest of the ANC, mandated by our people who are the voters, and it is up to us at all times to respect that process,” he said.

Three weeks ago, Magashule issued a furious statement about being faithful to the ANC’s conference decisions on policy. He was unhappy that ANC leaders in government supposedly voted for Morocco’s Mohamed Boudra’s election to become president of the Organisation of United Cities and Local Governments (UCLG) at a conference held in Durban. Four days after this election, Magashule threatened to discipline the ANC members who were there, since the party has a policy of supporting Western Sahara against Morocco, which they accuse of having “colonised” the territory.

Magashule has been quiet about the matter after the initial press release, with Mabe instead referring queries to Social Development Minister Lindiwe Zulu, who is head of the party’s international affairs subcommittee. Zulu knew nothing about the actual vote, but repeated that the party resolved on its solidarity with Western Sahara at the Nasrec conference.

On Wednesday, Magashule said the disciplinary hearings on this issue would not be going ahead, but instead the party has asked those who were at the conference to “engage” with them, and “to come and tell us what was happening”. Magashule conceded that there might not have been a vote. After his threatening press statement, many pointed out that the UCLG presidency was uncontested because the candidate from Russia withdrew. Magashule said, “we are now going to try and understand what was happening”. He said the ANC would also talk to the representatives of the South African Local Government Association who were at the meeting.

It’s not quite clear why Magashule didn’t use the four days between the vote and the issuing of the threatening press release to try to get to the facts. He could have picked up the phone to Deputy Minister for Co-operative Governance Parks Tau or Gauteng Premier David Makhura.

If the ANC really were united, it might have been easier. Tau and Makhura are from the Gauteng lobby which supported Ramaphosa in the run-up to his election at Nasrec. It’s likely, however, that Magashule wanted an opportunity to flex his muscles again ahead of the NGC about ANC leaders sticking to the very ambiguous resolutions taken by a party divided almost exactly down the middle at the Nasrec conference. DM