Why Ramaphosa is wrong about SOEs.

Why Ramaphosa is wrong about SOEs. 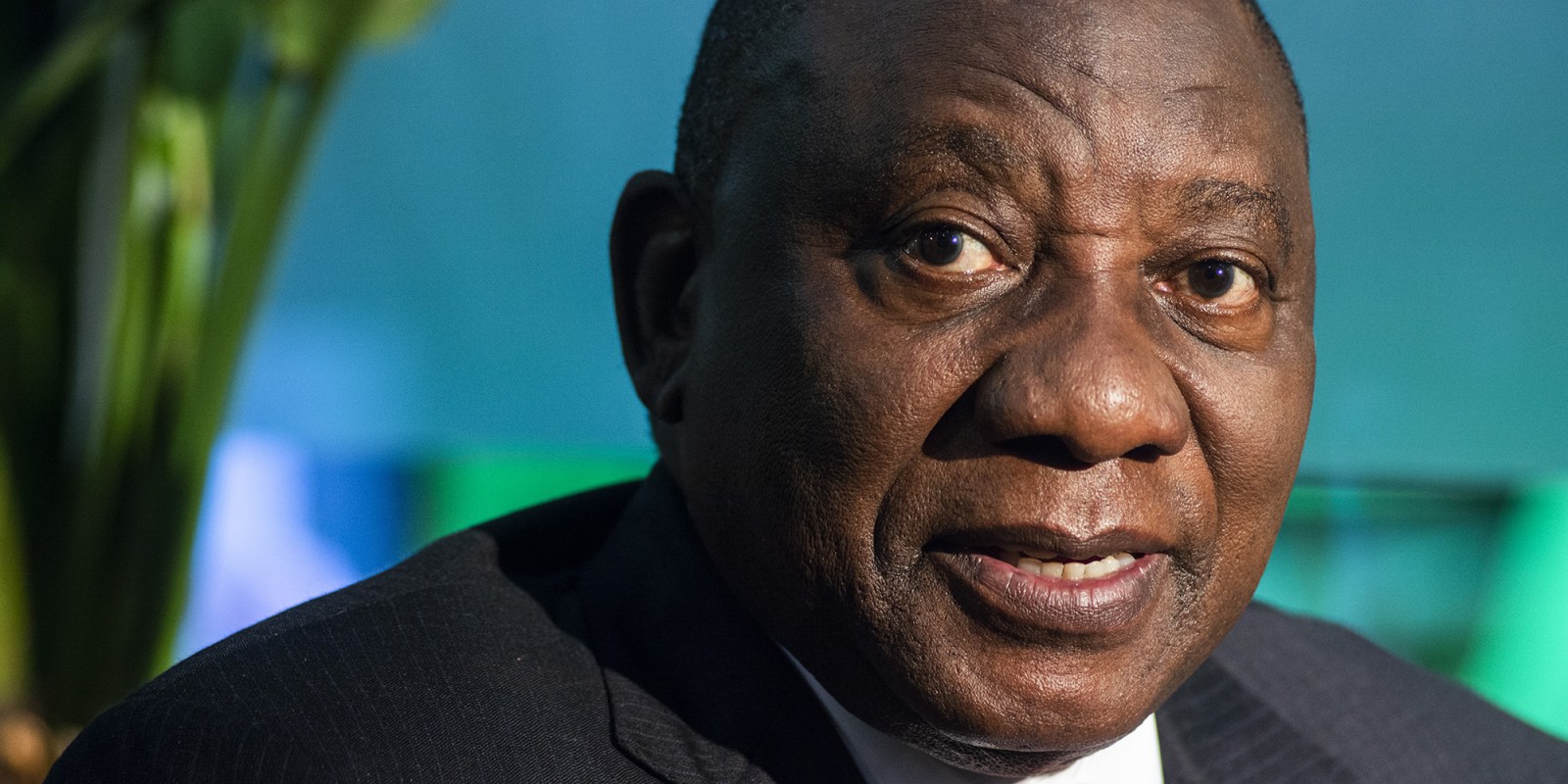 In his weekly letter, President Cyril Ramaphosa made a case for the state retaining ownership of 700-plus state-owned enterprises, saying they enable the government to ‘perform crucial economic and developmental functions that the market would not on its own be able to perform’. He is wrong, but the reasons he is wrong are not — or at least not only — the ones most often cited by South Africans.

Talk about bad timing. President Cyril Ramaphosa chose Monday to profess awe at the new Medupi power station, and use its prowess to found an argument for government retaining its icy grip on SA’s enormous fleet of state-owned enterprises. Later in the day, Medupi power station failed in its entirety, sending the country into Stage 6 power cuts, and very possibly into a formal recession.

Ramaphosa’s arguments are ones we have heard many times over the years from the ANC: they are the notional vindication of the “developmental state”. These ideas have declining support from theorists and economists around the world, but enormous support from South African academics and a broad cross-spectrum of SA’s politicians, even from the extreme right.

Ramaphosa’s views are however somewhat different from the ideas propounded by the SA Communist Party ideologues who were so prominent in the Zuma era. This is now developmental state-ism with caveats. Its the developmental state with a small “d”. Ramaphosa writes that a vital part of the turnaround effort is to reduce the dependence of SOEs on bailouts and guarantees from the government.

“For too long, the South African taxpayer has been funding inefficiency and mismanagement in SOEs. This is coming to an end.”

It is absolutely amazing how long it has taken for someone in government to reach a conclusion so completely obvious. And as for it coming to an end, we will see, but I am willing to bet my left testicle that this promise will not be kept.

Ramaphosa’s reasons for why state-owned enterprises have failed tallies with what I suspect is the common view in SA for why “our” state-owned enterprises have failed. And of course, there are some reasons — lots of reasons actually — why they would be right. The ANC has embarked on a policy for years now called “cadre deployment”, and as we all know, it has been a disaster. As Carol Paton points out in Business Day, while management of some SOEs has changed, “they remain with the wrong people in the wrong jobs with the wrong skills at multiple levels. This is a fundamental efficiency issue that has not been sorted out, at SAA in particular”.

And of course, there is corruption. According to documents released by forensic consultant Paul O’Sullivan, Dudu Myeni, not in her capacity as SAA chairwoman, but in her capacity as head of the National Water Board, told her unfortunate CEO that he had lost his job “because unlike the others we appoint you did not ‘feed me’ ”. It’s as blatant as that, and she got away with it. Amazing.

Obviously, the issues that loom so large, rightly so, in the minds of South Africans are crucial. Yet, oddly enough, they are only the starting point. And the reason why this is obvious is that the kinds of problems SA is having with its state-owned enterprises are endemic to similar institutions all over the world. Not all of them, but a huge number.

The problem vests, as has been pointed out over and over again by reams of economists over the years, in the incentive systems that underlie institutions and make them work the way they do. Just acknowledging that organisations are underpinned by an incentive system structure, as crude a conceptual tool as they might be, takes you a long way down the road of understanding why they work so badly.

In a sense, private companies are internally a contest between three groups: employees, management and shareholders. They battle one another for the spoils, should there be any, sometimes even when there are not. But their interests are more or less aligned in one important and powerful respect: they want the company to make money. Doing so secures everybody’s future. The simplicity of this organisational structure is an important reason why the private company has been the most powerful force in modern history. The crucial thing is the clarity of that goal. Running a company is enormously complicated; it’s a huge boon to have an aim that is easily understood, relatively easy to measure, and one whose benefits are immediate and tangible.

Compare that incentive structure to a state-owned enterprise. What is the actual goal? Often, its obscured in a blithering array of verbiage. They are there to “develop the economy”, it is often said. But how much? How? What constitutes success in this scenario? No-one knows, and worse than that, no-one can know.

The same applies to employees. In-country like SA with such high unemployment, increasing employment rates seems transparently a good idea. So SOE are burdened with this doubtless desirable social function.  But without a clear definition of what constitutes a “developmental business”, where does it end?

The short answer is in bankruptcy. According to an extensive analysis produced by Sharenet from Bloomberg’s World Airlines Index, SAA (including Mago, Technical and Airchefs) has 214 employees per plane. The average is about 100; no major airline is even close, even Lufthansa, which also has a big technical division. Ryanair does it with 34! Of course, there are other metrics; turnover per employee, etc. But still, the general trend is obvious; SOE’s are hugely overstaffed, not necessarily even because they want to be but because they are required to be. It’s the incentive system at work.

Faced with these very obvious unfortunate truths, proponents of state-owned enterprises hit back with an array of dubious claims. SAA is not just an airline, they argue, it’s a “flag carrier”; it represents that ephemeral thing, the nation. And so on.

The other counter-argument is that this particular industry is “foundational”, in the sense that it sits at the base of industrialisation, like, for example, providing steel or indeed electricity. There is some merit to this argument; many countries have primed the pumps of industrialisation by supporting foundational industries. But the problem here is one of timing. These efforts tend to work until they don’t work at all, but the institution endures even then.

A good example is the nationalisation of the mining industry. Nationalisation almost always becomes popular when the commodity in question is at the peak of its value. Governments look at gobs of cash mining companies are making and want that for themselves because minerals “belong to the people”. But historically, because they are almost always nationalising at the peak of value, the organisation quickly goes south and the income dries up. All of a sudden, governments are sitting not with an asset but with a liability.

Global examples are often cited; what about Norway or China, or some other place? Its true, huge numbers of Chinese companies are state-owned. But look closer and you discover, Chinese state-owned enterprises are these days often only partly state-owned, and they are being decimated in the marketplace by the new tech companies. Their huge debts are obscured and their business practices are often dubious. The Chinese government is trying hard to get these companies off the state balance sheet for, even though nobody admits it, exactly the same reason SA has just removed SAA from the state’s balance sheet. Communist China has just listed its Post Office bank on the Shanghai Stock Exchange in the largest offering made on a mainland Chinese stock exchanges in history.

The most poignant counter-argument is also the most ideological: that it’s precisely the profit motive that distorts the values of the state-owned enterprise. Freed from this greed-based incentive, the SOE can prioritise the social and national goals. Wonderful.

But this, too, misunderstands institutional dynamics. The value of the profit motive vests in the discipline it instils. Freed from that discipline, the driving force of the institution becomes distorted and corrupted. Decisions are made more slowly, for the wrong reasons, customers are neglected and the lines of accountability become frayed. And this is why governments on the right, and as it happens more recently on the left, have decided the government should be the referee, but not a player.

The political danger in South Africa now is that Ramaphosa believes this is a problem that can be quickly and easily fixed with a few board appointments and some better and more honest managers.

Alas, it’s not going to be that easy. BM

Article corrected to remove the example of California’s PG&E.