‘People could only watch as their household possessions floated away’ 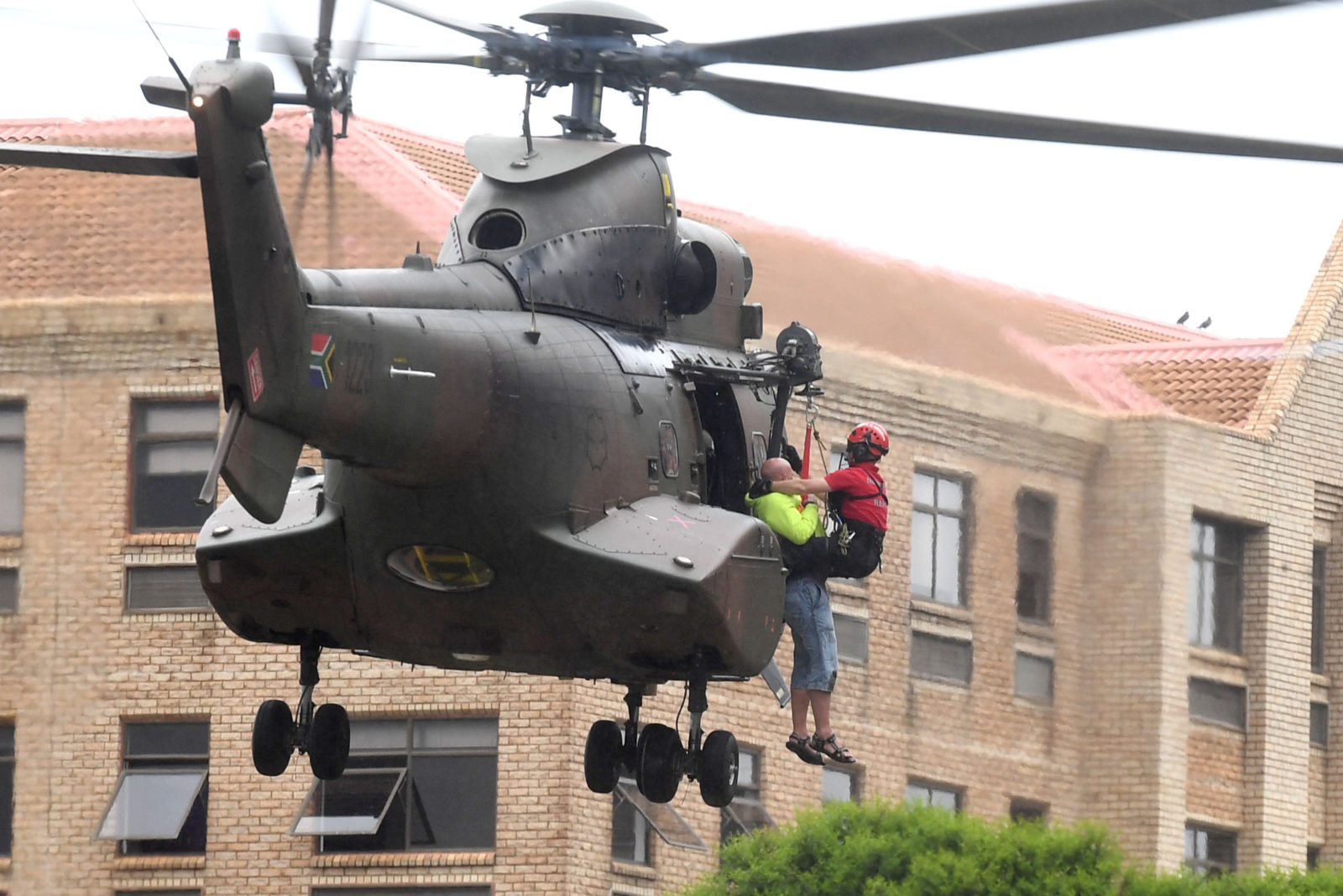 On Monday a near disaster greeted the people of Gauteng as incessant downpours caused widespread flooding and devastation. After the chaos, residents recall the moment the waters took everything they owned.

Hundreds of people have been left homeless in Gauteng, particularly in Mamelodi near Pretoria, following incessant rain over the past week.

About 150 people who were trapped in a church in Mamelodi following flash floods that hit the area on Monday have been rescued.

Two deaths were reported, but this has yet to be confirmed by police.

Thobile Mashinini, 44, from Mamelodi was walking home when a massive body of water carried shacks away and toppled parked vehicles.

“People could only watch as their household possessions floated away. Whole shacks started to move and some were toppled,” said Mashinini.

Like many of her neighbours, Mashinini could not rescue any of her household items. “It was too dangerous to do so,” Mashinini said. She sought refuge with a friend while she tried to rebuild her shack.

Monday’s floods, which came after several days of incessant rain in Gauteng and elsewhere around SA left hundreds homeless.

“People lost their certificates. People lost their ID documents. Many people who were hoping to embark on job searches in the new year have had their hopes dashed by this unexpected event,” said an Eerste Fabrieke resident, Hector Motlaupi.

“This is only my second month here and the welcome was a baptism of fire. I was warned by a community member that settling here was not safe, but I had nowhere else to go. I still don’t. All my plans to look for work have been put on hold, for I don’t know how long,” said 46-year-old Julius Marele who arrived from Mozambique.

The latest figures released by the City of Tshwane reflect no deaths in any of the flooded areas, and that 153 people were evacuated or rescued. Of these, more than 70 were rescued and evacuated from the flooded Centurion Lake Hotel.

“I was returning from work when it struck me that something was very wrong,” said Thembi Mtshali, 38.

“None of my neighbours had phoned me to alert me that I might not have a home any more. I could not immediately access my shack because it was dangerous to do so. By the time I reached it, only two sides of the shack remained. The rest was gone.”

Mtshali said she had nowhere else to go: “I settled here for close to nothing. I am aware of the danger, but when you take a harder look, the whole of South Africa is unsafe. If it’s not floods, it’s thugs.”

About 400 displaced people have been sheltered at the Nellmapius Community Hall.

The floods caused traffic chaos in many areas around Johannesburg and Pretoria. Many low-laying bridges were flooded. Emergency services were on high alert as the Klipsruit River running through Kliptown and the Jukskei River flowing alongside Alex were rising fast.