Mbalula fires Prasa board and CEO — but he may have b... 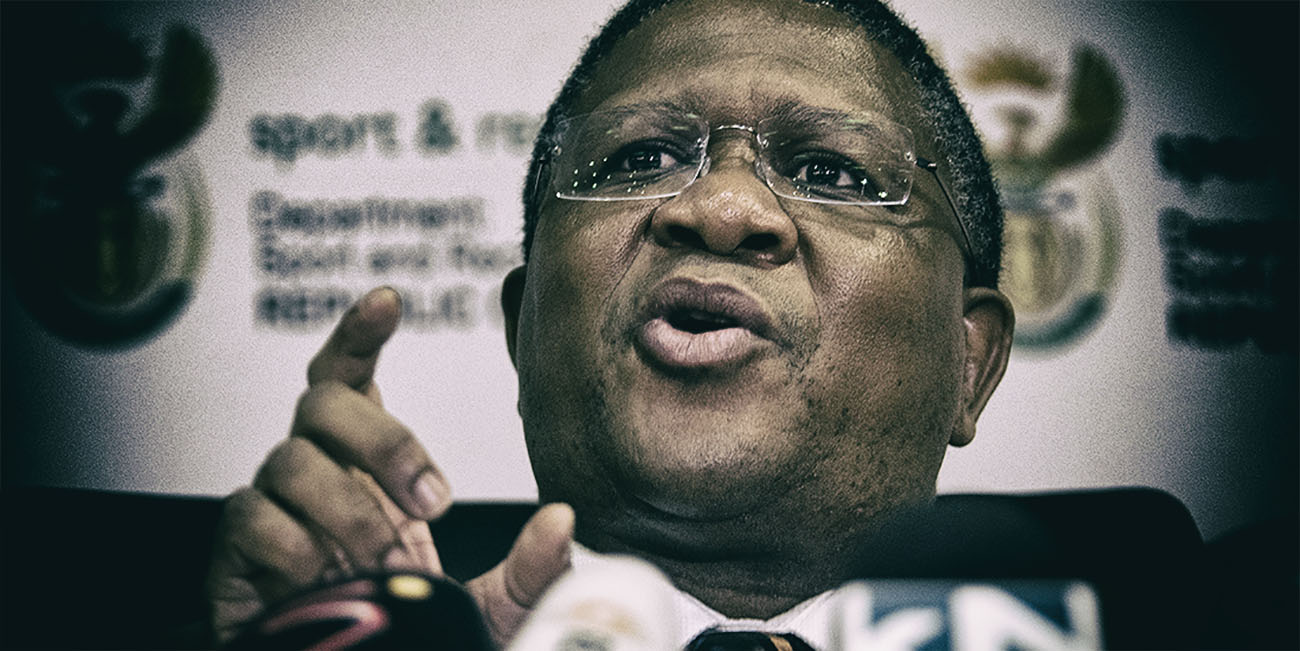 In his haste to fire the inept board and management that have crippled Prasa under his watch, Transport Minister Fikile Mbalula seems to have cut legislative and legal corners that may undermine the authority of the newly appointed administrator.

Less than a month after expressing his full confidence in the board and the management team, Transport Minister Fikile Mbalula has fired the board and the chief executive officer of the Passenger Rail Agency of South Africa (Prasa), placing the railway operator under business administration. Mbalula, however, seems to have contravened the law and sidelined the mandatory parliamentary process in his haste to remove the utterly inept board and clueless management team.

“The previous board has failed, it failed to answer questions in Parliament in front of me. It failed to do the things it should have done in its own time. It failed to provide information to Parliament… I was there,” Mbalula said in a media briefing in Johannesburg on Monday 9 December 2019.

“I have arrived at the conclusion that a more incisive intervention that enables a quick turnaround was required.”

Prasa has been limping from crisis to crisis for the past six years, including spending billions buying trains that proved unsuitable for SA railway systems, severely damaging its capacity to run the passenger trains on which millions of mostly blue-collar workers rely for their daily commute. In the year ended March 2019, the rail service said it was only able to achieve 26% of its own predetermined performance targets, while only 40 out of every 100 trains departed or arrived as scheduled.

Since October 31, Prasa has been operating without security for its assets after it terminated all its security contracts and fired more than 3,000 security guards contracted to guard its infrastructure throughout SA. The company said it terminated the contracts after the public protector found in 2015 they had been irregularly appointed.

The decision to place the utility under administration was approved by Cabinet, said Mbalula, which followed a review of the company’s operations and the role of the board.

“Over the last few weeks, we have conducted a review on the performance of the board and the management. We arrived at the conclusion that Prasa has deep-rooted fault lines both at management and leadership level,” said Mbalula.

Businessman Bongisizwe Mpondo will be the sole administrator for the next 12 months, said Mbalula. In that capacity, Mpondo will assume the supervisory powers of the board as well as the executive responsibilities. He will report only to the minister.

Asked how it was possible for a single person to be vested with so much power, Mbalula said Mpondo will operate within the confines of an agreement that is yet to be signed with the minister, which will ensure that he does not have absolute power over the control of Prasa.

“There are decisions the administrator will take on his own, and the agreement will state what decision needs the minister’s approval,” said Mbalula.

However, in his haste to fire the inept board of directors led by Kweyama since April 2018, Mbalula may have contravened the most basic law regulating the governance of state-owned companies.

The Legal Succession to the South African Transport Services Act of 1989, amended in 2008, is the law under which Prasa, then known as the South African Rail Commuter Corporation, operates. In section 29 the act states: “The corporation shall be liquidated or placed under judicial management only on the authority of an act of Parliament.”

It is this oversight that may compromise Mpondo’s independence and the impartiality in his dealings with Prasa. Without the authority of Parliament, or of judicial oversight over his work, Mpondo may be seen to be acting on the whim of the minister, and his authority contested in the courts.

Asked what law gave the minister the authority to appoint the administrator, the Department of Transport’s director-general, Alec Moemi, said the minister relied on the Public Finance Management Act (PFMA), the Public Service Administration Act and the Companies Act. However, the PFMA enjoins the minister to seek the approval of the National Treasury before undertaking such action. As a shareholder, the minister is certainly vested with the powers to appoint and to fire a board of directors.

The Public Service Management Act also allows the appointment of an administrator to a distressed entity. However, it also decrees the replacement must already be an employee of the department ahead of the appointment. Mpondo is an entrepreneur and businessman not currently in the employ of either the department or of Prasa.

Moemi could not spell out exactly what part of each of the statutes empowered the minister to appoint the administrator.

Civil society activist Zackie Achmat, a secretariat member of #UniteBehind, pointed out the obvious implications of having so much power vested in a single individual:

He said the organisation hoped to approach the courts, in cooperation and with a view to assisting the department.

While placing the utility under administration is different from a business rescue process, the administrator will still have enormous powers over Prasa. He is the de facto executive chairman without a board.

The department’s Alec Moemi said the appointment was necessary to speed up decision-making at Prasa.

“When you place an entity under administration, the intention is to make the decision-making faster. The difference between business rescue and administration is that in business rescue the entity can’t afford to pay its creditors, which is not the case here. We acknowledge we have challenges in terms of governance and that’s what we are trying to fix.”

That the administrator enjoys both the powers of board and executive management will ensure the decisions are made faster, said Moemi.

“There are checkpoints and supervision. The agreement will be signed this week, detailing what the administrator can do on his own, and what he can do with the agreement of the minister.”

Mbalula said the appointment of the administrator is his department’s endeavour “to ensure that Prasa changes for the better. We don’t want to be bogged down by people who are merely acting as a buffer, and not being able to do the things the auditor-general wants us to do.” BM