Injury-related deaths among children on the rise in South Africa 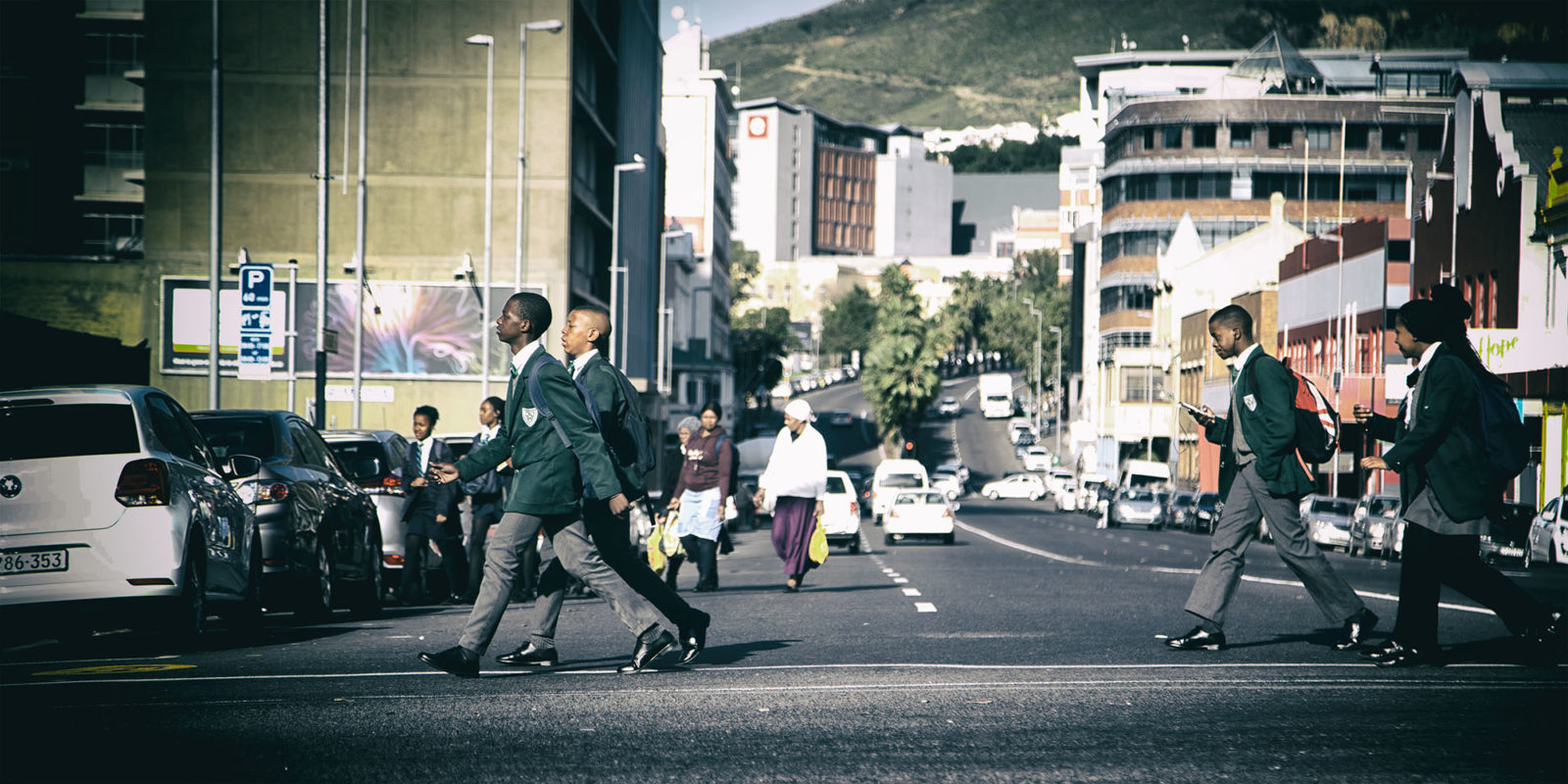 The 14th Children’s Gauge report on child health was published on Tuesday 10 December. One of the new challenges highlighted in the report is the growing number of children dying from injuries, with young schoolchildren being the most vulnerable.

The leading cause of death among adolescents is injuries, with a growing number of children dying as a result of injuries, according to the latest Child Gauge report published on Tuesday, 10 December.

The annual report, published by the Children’s Institute at the University of Cape Town, looks at children’s rights and progress made in specific areas. The 2019 report focuses on child and adolescent health and looks at new challenges to child health, one of which is child safety.

“Children are vulnerable by virtue of their constitution, but they’re also vulnerable because of the environments in which they’re put,” Ashley van Niekerk, violence and injury researcher at the Medical Research Council, told Daily Maverick.

Van Niekerk co-wrote the Child Gauge chapter on child injuries along with Shanaaz Mathews, director of the Children’s Institute. In the report, they outline the leading causes of child injury deaths as: traffic injuries (36%), homicide (28.2%), burns and drowning (27.3%), and suicide (8.5%).

One in five pedestrians who die in a road accident are under the age of 15. This high number of children involved in road accidents is “unsurprising”, given that the majority of children, 68%, walk to school, according to Van Niekerk and Mathews.

In July 2019, Daily Maverick reporter Suné Payne wrote about the dangers a young schoolgirl faced walking to school in Atlantis and the high rates of child murders in the Western Cape. 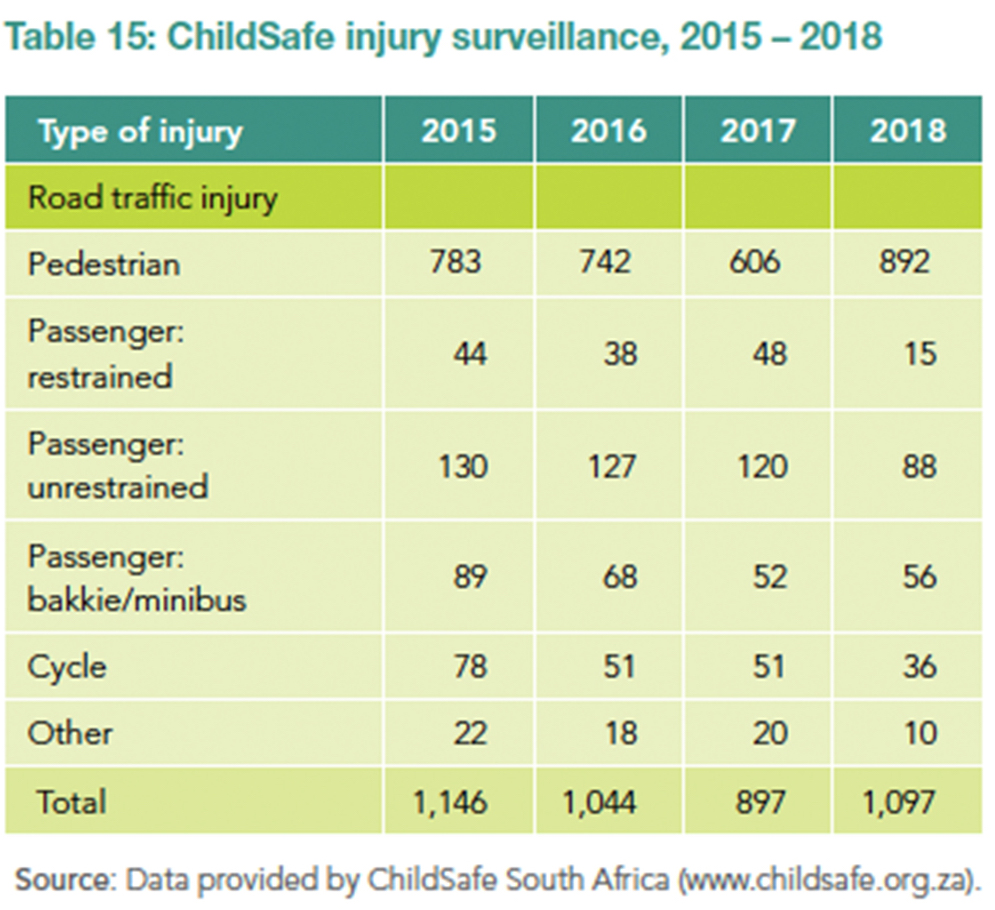 In particular, children living in informal settlements and low-income areas are at higher risk because they often walk to school alone on roads that do not have clear pavements or pedestrian crossings.

Many parents or caregivers in these areas are unable to provide adequate supervision, “due to competing domestic or work demands”.

While it is difficult to address the underlying socio-economic challenges that place children at higher risk of injury, there are some initiatives in place to help make children’s commutes to school safer.

One example is the Western Cape’s Walking Bus project. As part of the project, community volunteers and parents walk children to and from school, providing a level of safety during their commute. The project, which is aimed at areas with gang activity, currently operates in 72 areas across the province.

An especially vulnerable group is “young, preschool children”, under four years old, who are dying at higher rates due to traffic injuries in South Africa than globally.

“Without adequate supervision and safe playgrounds, young children venture out into the roads,” write Van Niekerk and Mathews.

In addition, these young children who spend the majority of their time at home are more likely to suffer injuries from burns and other injuries, especially when living in smaller environments. Of particular concern is the widespread use of paraffin stoves in these spaces and their proximity to children.

“Many poorer homes often use paraffin for cooking purposes,” Van Niekerk told Daily Maverick. “The problem is that it can be stored in any kind of bottle, a Coke bottle or unmarked bottle.”

These bottles are then kept in places that can easily be reached by children who might mistakenly ingest the paraffin, thinking it is a drink. Parents might not realise what has happened, which could lead to the child dying as a result.

“Paraffin stoves are physically easy to knock over, a child can walk past, knock into one and either be burnt by the flame or be scalded by the food or boiling water that’s on it,” Van Niekerk added.

Van Niekerk also commented that there “is poor enforcement of the existing but dated standards” on these paraffin stoves, which are likely to explode or catch fire, adding an additional risk.

“While South Africa has adopted various laws, policies and programmes in line with international instruments to prevent child violence and injury, the country’s response has been fragmented by a lack of coordination and stewardship at the highest level,” wrote Van Niekerk and Mathews in their conclusion.

Preventing these injuries and violence among children requires a collaborative approach between government and civil society along with more research and implementation of early prevention interventions, according to Van Niekerk and Mathews. DM.