Did the Competition Commission go rogue on Icasa over slash in data costs? 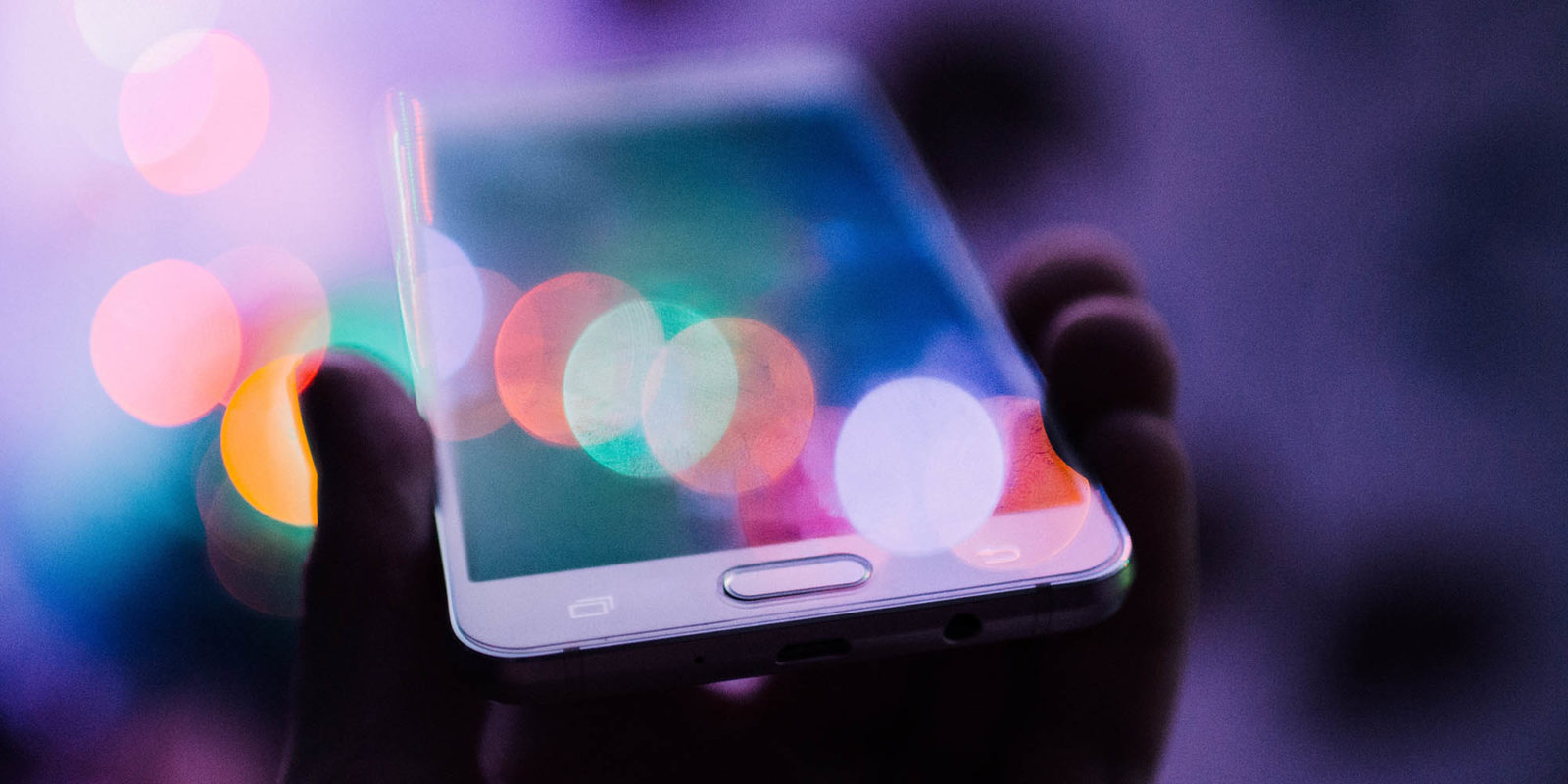 Arthur Goldstuck, the founder of research firm World Wide Worx, estimates that the poorest user, who uses data that is coming from their airtime, is often paying 50 to 100 times per megabyte than what the wealthy user is paying. (Photo: Rodion Kutsaev / Unsplash)

SA’s competition watchdog is now having to defend itself after it announced a bombshell list of interventions to slash mobile data prices by up to 50%. It has been accused of being populist and usurping the regulatory powers of Icasa, a chapter nine institution that regulates mobile operators.

Did the Competition Commission step on the toes of telecommunications regulator, the Independent Communications Authority of South Africa (Icasa), when it made a surprise list of interventions for slashing mobile data prices in the country?

At first glance, it seems like the commission has overreached its mandate by recommending that the big two mobile operators, Vodacom and MTN, reach an agreement with it on “substantial and immediate reductions” on data tariffs by February 2020 — especially prepaid monthly data bundles — or face prosecution.

After a two-year probe into mobile data costs, the commission believes that there is scope for Vodacom and MTN to reduce data costs by 30% to 50%. And because of this, the commission was accused of being populist and usurping the regulatory powers of Icasa, a chapter nine institution that regulates mobile operators and protects consumers from unfair business practices.

The commission also declared: “All mobile operators must reach an agreement with the commission within three months (by the beginning of March 2020) to offer all prepaid subscribers a lifeline package of daily free data to ensure all citizens have data access on a continual basis, regardless of income levels.”

James Hodge, a chief economist who worked on the mobile data cost probe, takes umbrage at suggestions that the competition watchdog is overreaching its mandate, saying the commission’s wide-ranging recommendations “fits more firmly” within its mandate. This is because the commission probed whether there was excessive pricing, which is covered under the Competition Act. The Act governs the commission’s overall mandate to investigate restrictive business practices, empowers it to probe features of “excessive pricing” and impose sanctions such as monetary fines.

That the commission found that there is “prima facie” evidence that Vodacom and MTN are engaging in excessive pricing on mobile data costs — which boosts their profits and excludes poor people who pay higher per-megabyte costs and could afford only short-validity bundles — puts the matter right up its alley.

“When we say there is a prima facie case on excessive pricing, then we could go on to prosecute the big two companies at the Competition Tribunal (a court-like process) or go on to negotiate with them (to voluntarily reduce data costs),” said Hodge in an interview.

“If we follow the prosecution route, and if we are successful, we would get an administrative penalty, which can be a large amount of money. This could open up civil claims against the two mobile operators from consumers who believe that they paid too much money for mobile data.”

But surely Icasa is already empowered to rein in the dominance of Vodacom and MTN if it’s to the detriment of consumers?

Hodge said Icasa’s powers, under Section 67 of the Electronic Communications Act, are limited as the regulator focuses on finding ineffective competition at a broader industry level and making wholesale interventions to make it competitive. This is usually done through a market inquiry. Whereas the commission is targeted, focusing on the conduct of one or more players.

“There are suggestions that everything we (the commission) do has to go to Icasa. That is blatantly incorrect”. The commission can direct the big two mobile operators to comply with its recommendation without the approval or support of Icasa.

There has already been industry push-back to the commission’s findings. Vodacom put the blame for high data costs on the government, which has failed to release an additional radio frequency spectrum for more than 10 years to bring down the cost to communicate.

Spectrum is the radio frequency that transmits data. Mobile operators said they can improve their quality of service if more spectrum is released, promising faster download speeds and fewer dropped calls.

MTN has taken a combative stance, saying it disagrees with the commission’s findings and recommendations, and will “vigorously defend against over-broad and intrusive recommendations”.

Werksmans competition law expert Ahmore Burger-Smidt shares MTN’s views saying: “Listening to the findings, one is left with the impression that the commission is, to a large extent, dictating to Icasa how they (Icasa) should apply their act to the industry.”

“A competition law regulator should not become a price regulator. That ought to be the domain of a sector regulator. As a sector regulator, one would expect Icasa to fully understand the importance of something like spectrum and the need for spectrum allocation.” Icasa’s mandate also includes managing the auction of additional spectrum.

Burger-Smidt said questions about the role of the commission and Icasa have resulted in Vodacom and MTN being caught between two regulators in a “no-win situation”.

For example, the commission’s findings are at odds with that of Icasa, which publicised a report into mobile broadband services in SA. Icasa concluded that data costs in SA were neither significantly high or low in relation to other comparable countries. Meanwhile, the commission said data prices of Vodacom and MTN in SA are more expensive than other African countries such as Ghana and Zambia — markets in which both companies have operations.

In an ideal world, interventions on data costs should come from Icasa, but the politicisation of the regulator has weakened it.

Arthur Goldstuck, the founder of research firm World Wide Worx, believes that Icasa has been an instrument of the Department of Communications and Digital Technologies rather than being independent. Icasa is now required to give effect to the policy directions of the department’s minister, Stella Ndabeni-Abrahams.

“This means that Icasa was an instrument of politically driven policy, rather than an instrument of consumer protection,” said Goldstuck, who has long been arguing that regulatory intervention is the only way that cost of data will become affordable for the poor.

“In truth, Icasa’s mandate and the policy ownership by the minister does not allow it to be a consumer champion, or a champion of competition. As we have seen over time, however, the Competition Commission has the most teeth, and is likely to be the most resolute in pushing through such regulations.”

Vodacom and MTN have each spent more than R50-billion on their base stations and other infrastructure in the past five years to improve their networks. Mish-al Emeran, an equity analyst at Electus Fund Managers, said the telecommunications industry has over the period reduced headline data tariffs while making adequate investments into infrastructure to “meet elasticity of demand” thereby “ensuring the quality and integrity of the networks.” His figures indicate that the effective reduction in per megabyte pricing has been between 20% to 25% per annum over the past five years.

However, there is a wide belief that data costs have come down only for the well-heeled, who can afford big data bundles. The industry norm is; the less you can afford to pay for a data bundle, the more you pay per megabyte. Goldstuck estimates that the poorest user, who uses data that is coming from their airtime, is often paying 50 to 100 times per megabyte than what the wealthy user is paying.

Emeran believes that if the commission remains too aggressive on data costs reductions, it might slow down future infrastructure investment, which “over the medium- to long-term implies a worse customer experience, higher costs, and less services”.

“In my view, a more efficient way to enforce lower prices would be for the regulator to make additional spectrum available – there would then be a very reasonable case to enforce price reductions.”

But the commission’s Hodge has little sympathy for the argument that the competition watchdog’s findings on data costs could thwart new investments.

“It is the go-to line for any business when it comes under attack. Business knows that this is a trigger that they hope will reverberate up the echelons of government to rein us in. Very often, these businesses make broad claims that they don’t substantiate. It is a bit alarmist, which I find to be unfortunate as we should be having a mature debate.” BM