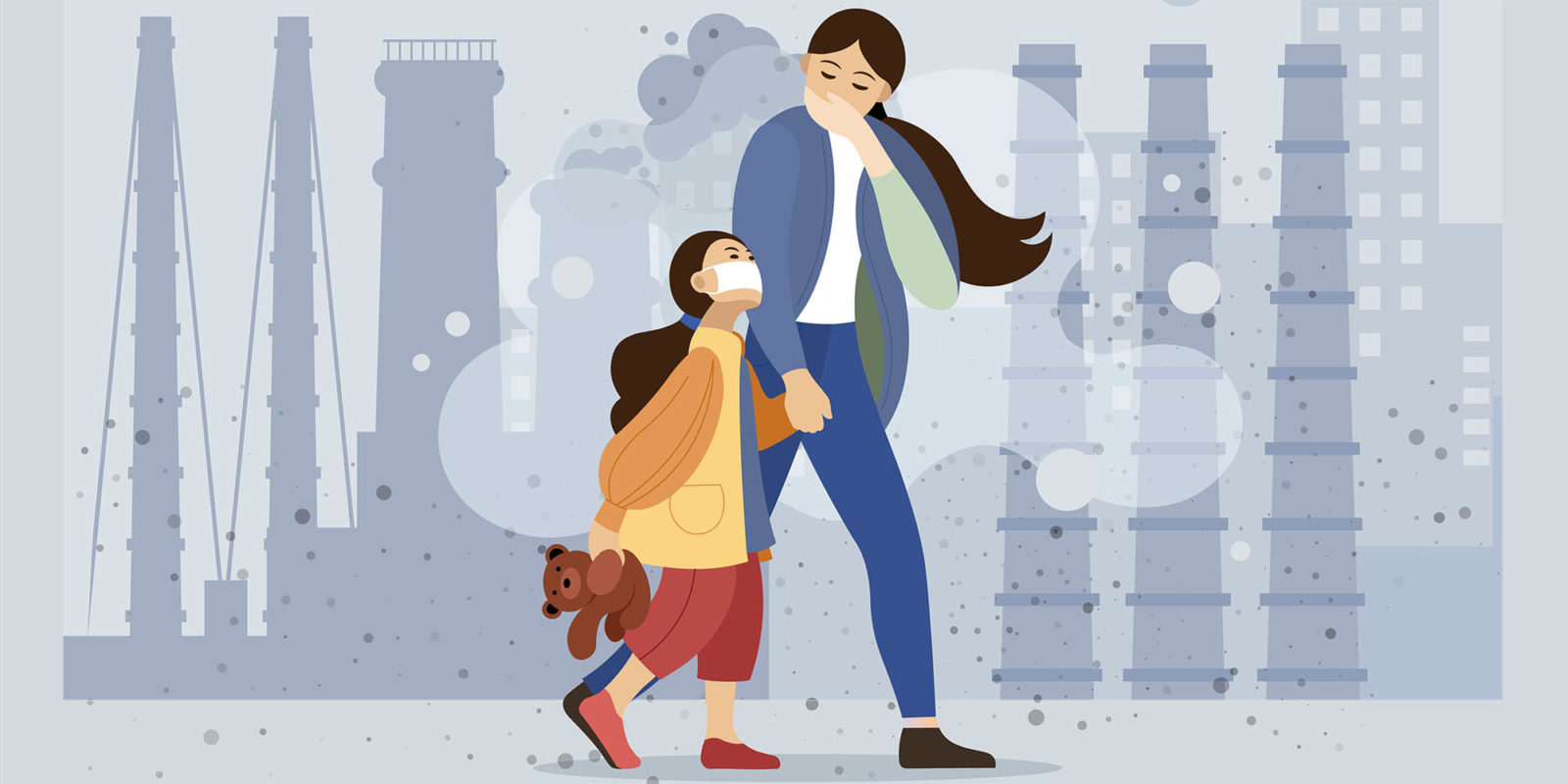 In South Africa, almost half the children in urban areas have asthma. (Image: Adobestock)

High pollution levels are affecting the very air we breathe. Every day, people are exposed to hazardous toxins and chemicals. But most at risk are children, whose developing bodies are unable to survive the same level of chemical exposure as adults. The latest Child Gauge report investigates the overlooked impact of air pollution on child health.

Adults normally breathe up to 20 times a minute. But every breath can expose you to harmful toxins and chemicals, especially in cities.

However, there is still very little research on the impact of air pollution on health in South Africa.

The latest Child Gauge report published on Tuesday by the Children’s Institute at the University of Cape Town examines aspects of child and adolescent health. One chapter, written by Hanna-Andrea Rother (University of Cape Town), Sanjay Wijesekera (UNICEF) and Fiona Ward (UNICEF), explores the overlooked impact of pollution on child health.

Non-communicable diseases, such as respiratory diseases, type 2 diabetes and malnutrition are “climate-sensitive” and will only become a bigger problem as climate change intensifies. Previously, these types of diseases primarily affected adults. However, the air has already reached a toxin level high enough to cause an increased number of these non-communicable diseases in children.

One of the biggest concerns is the growing number of children developing asthma, a long-term disease that makes it difficult to breathe. In South Africa, almost half the children in urban areas have asthma.

“A study of schoolchildren in Durban, one of the most polluted industrial cities in southern Africa, found that children from industrial communities were more likely to experience respiratory problems such as asthma,” according to the chapter.

The increasing asthma rates have been tied to growing air pollution in urban areas, particularly from cars. In Cape Town, for example, children, especially in lower-income communities, are “exposed frequently to brown haze pollution”, according to the report. This haze contains pollution from vehicles, wood and paraffin used as fuel, pollution from industrial companies, and waste disposal.

Meanwhile, children in rural areas in KwaZulu-Natal and the Eastern Cape are mainly exposed to chemicals from the wood and coal used for cooking fires. Although rural areas are predominantly exposed to indoor pollution from fewer sources, the air being inhaled is still hazardous and potentially fatal.

Aside from pollution, children from poorer households are exposed to additional chemicals that pose health risks.

“Agricultural pesticides are illegally decanted and sold in the informal sector for household pest control,” wrote the researchers.

Due to the small living spaces and lack of proper sanitation within informal settlements and other low-income houses, the number of bugs and other pests, such as rats, becomes prolific. People then turn to these extremely toxic “street pesticides” to deal with the growing number of pests. These chemicals, which are already toxic when used on farms, become lethal to children when used in small spaces.

The report calls for tighter regulations on chemical products along with more policies focused specifically on children. Given that young children are still developing, both physically and mentally, there is a greater need to understand how to restrict their exposure to harmful toxins present in the air and reduce the health risks associated with this.

Additionally, problems will likely arise in future as drought and other extreme weather becomes a more frequent occurrence. These drastic weather changes pose a huge risk to food security, the spread of diseases such as malaria, along with physical health problems such as dehydration.

One solution proposed in the report is the expansion of environmental health practitioners, who ensure that places are safe and healthy for people to live and work in. These practitioners currently work at a municipal level, but one suggestion is to expand training and include a national focus that goes “beyond the health sector”.

“Children are the ‘canary in the mineshaft of climate-linked disease outcomes’ and their specific needs should be explicitly addressed.” DM