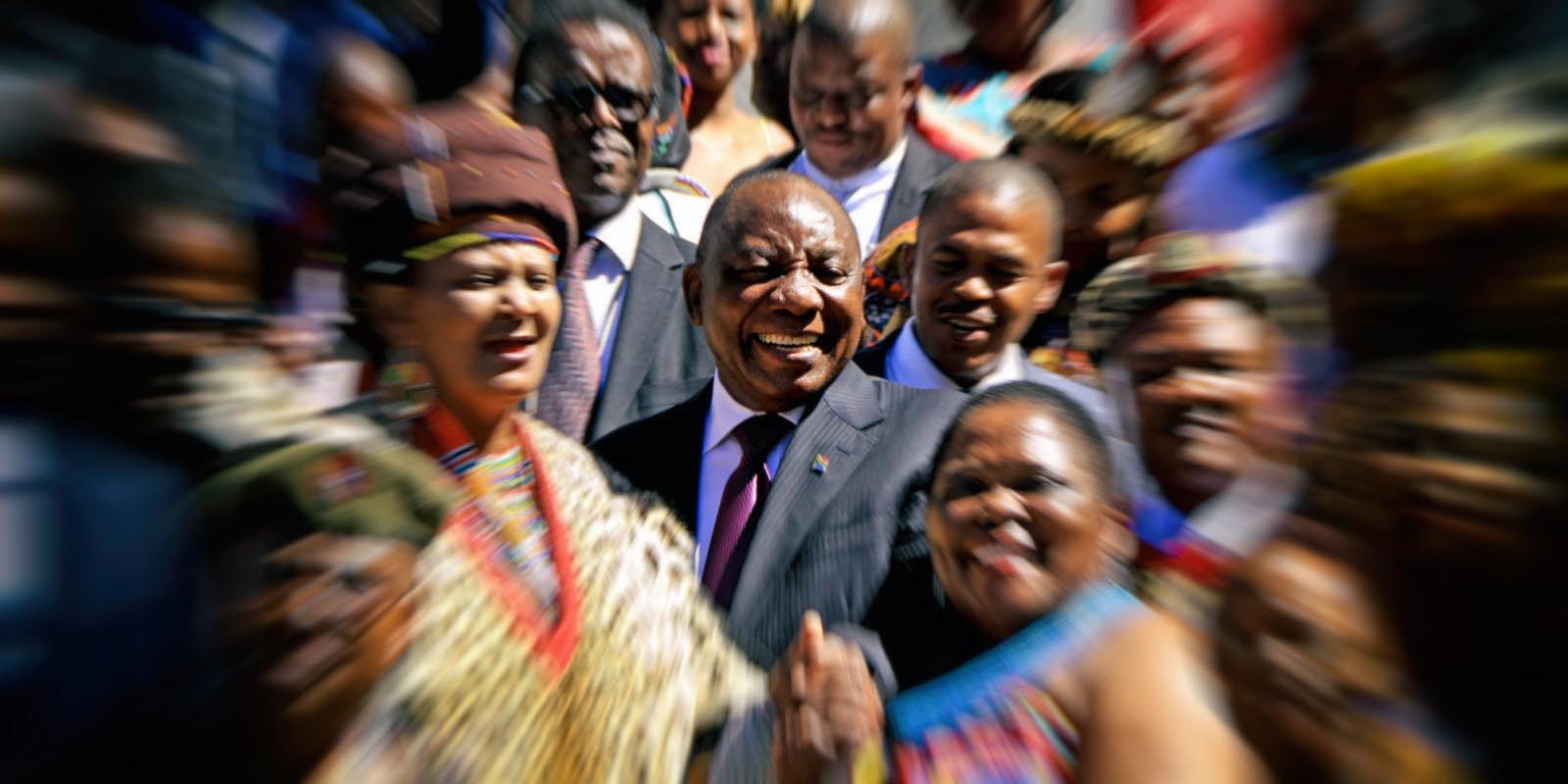 President Cyril Ramaphosa with traditional leaders during the annual official opening of the National House of Traditional Leaders in Parliament on February 27, 2018 in Cape Town. (Photo Gallo Images / Ziyaad Douglas)

In a recent article in Maverick Citizen, we explained that the Traditional and Khoi-san Leadership Act was likely to rob millions of rural people, women in particular, of their rights. Maverick Citizen sought the views of rural land activists from Eastern Cape, KwaZulu-Natal, North West and Limpopo who have been particularly vociferous in the fight against this bill taking hold and championing the rights of rural communities.

Last week, Parliament announced that President Cyril Ramaphosa had signed the controversial Traditional and Khoi-San Leadership Bill (TKLA) into an act. Among other things, the act grants traditional leaders the power to take decisions on communal land such as signing deals with investment companies without consent from those whose land rights are directly affected.

In the announcement, the Presidency said:

However, Nomonde Phindani, an activist representing the Rural Women’s Assembly, South Africa in the Eastern Cape has a different understanding. She said:

“The rural women of South Africa are so disappointed. Actually, it is a big blow for us as victims of the traditional leadership patriarchal practices. More power to traditional leadership is equal to more suffering for us. But the struggle continues. We will not be silenced. Our movements will still strategise and act until women are free from male domination and oppression.”

Eastern Cape youth activist Lwazi Ncapayi said that the act “…through its clause 24 empowers traditional leaders to enter into partnerships with public and private companies, government departments or any other body…”

He stated that in regards to rural people’s rights, “Important legislation like the Interim Protection of Informal Land Rights Act (IPILRA) remains temporary whilst it is an important piece of legislation that gives informal land rights holders the right to give free, prior and informed consent over their land.” An important point that could potentially halt the absolute power of traditional leaders to act without communities’ consent.

In Limpopo, community activist Humphrey Magakula said, “This law needs to be challenged through court. The president is taking us back to [the] apartheid era.”

In North West, community activist David Ramohanoe said the act seeks to give power to chiefs to sign over land without consulting communities, which is illegitimate because chiefs are merely custodians and would be taking rightful power away from community members and their families.

“Despite numerous attempts by civil society groups to stop the president from signing this bill into law, the president has ignored all attempts, including his own advisory board. We need to ask ourselves who will benefit from this bill as it was ‘forcefully’ put into law. Rural citizens will most definitely not benefit from such.

“This bill brings an injustice to the rights of our people. Rural citizens should be in the centre of land expropriation, not traditional leaders. Land must be given back to the rightful citizens and not traditional leaders as they themselves are controlled by parliamentary leaders. I definitely agree with other critics that this ‘bill brings back apartheid Bantustans’.”

Constance Mogale issued a statement on behalf of the Alliance for Rural Development (ARD) in her capacity as national coordinator. ARD is a loose association of civil society organisations, including community-based groupings and non-governmental organisations. ARD assists rural people to defend their land and resource rights and to assert their constitutional rights as citizens of democratic South Africa.

The statement reflected the sentiments of fellow activists while speaking to the more technical aspects of the act, saying that:

“Whilst this is an important milestone in that for the first time in history, we have a legislation that recognise the Khoi-San nation and others… the Khoi-San nation’s land rights are absent in the TKLA, therefore without any property rights, this recognition will never be substantial.

“The fact that TKLA will replace the Traditional Leadership and Framework Amendment Act makes one wonder why the president is signing both bills at the same time. Many chiefs are already claiming that they have the sole authority to represent people living within their tribal jurisdiction and this claim was not backed by law until the signing of the TKLA. Through the TKLA, this claim will be real. It will reverse constitutional victories such as the case of Pilane v Pilane which dismissed this claim as wrong.”

She said: “The Alliance for Rural Democracy and its partners will not fold their arms but will intensify the campaign to Stop these Bantustan Acts up to the Constitutional Court. ”

It is clear that the TKLA is facing serious resistance nationally from activists premised on the fact that its impact on ordinary rural people would strip them of their right to decide what happens to their land. It seems that the push is to have this act constitutionally tested to determine its validity and provide clarity as to the extent of the power and authority of traditional leaders over their communities.

Given the patriarchal nature of traditional leadership, it can be inferred that the act will also discriminate against women and children, leaving them vulnerable, which would infringe on their democratically guaranteed rights. MC

You can find a list of the laws governing rural land rights here.