SA film industry still not getting the big picture

SA film industry still not getting the big picture 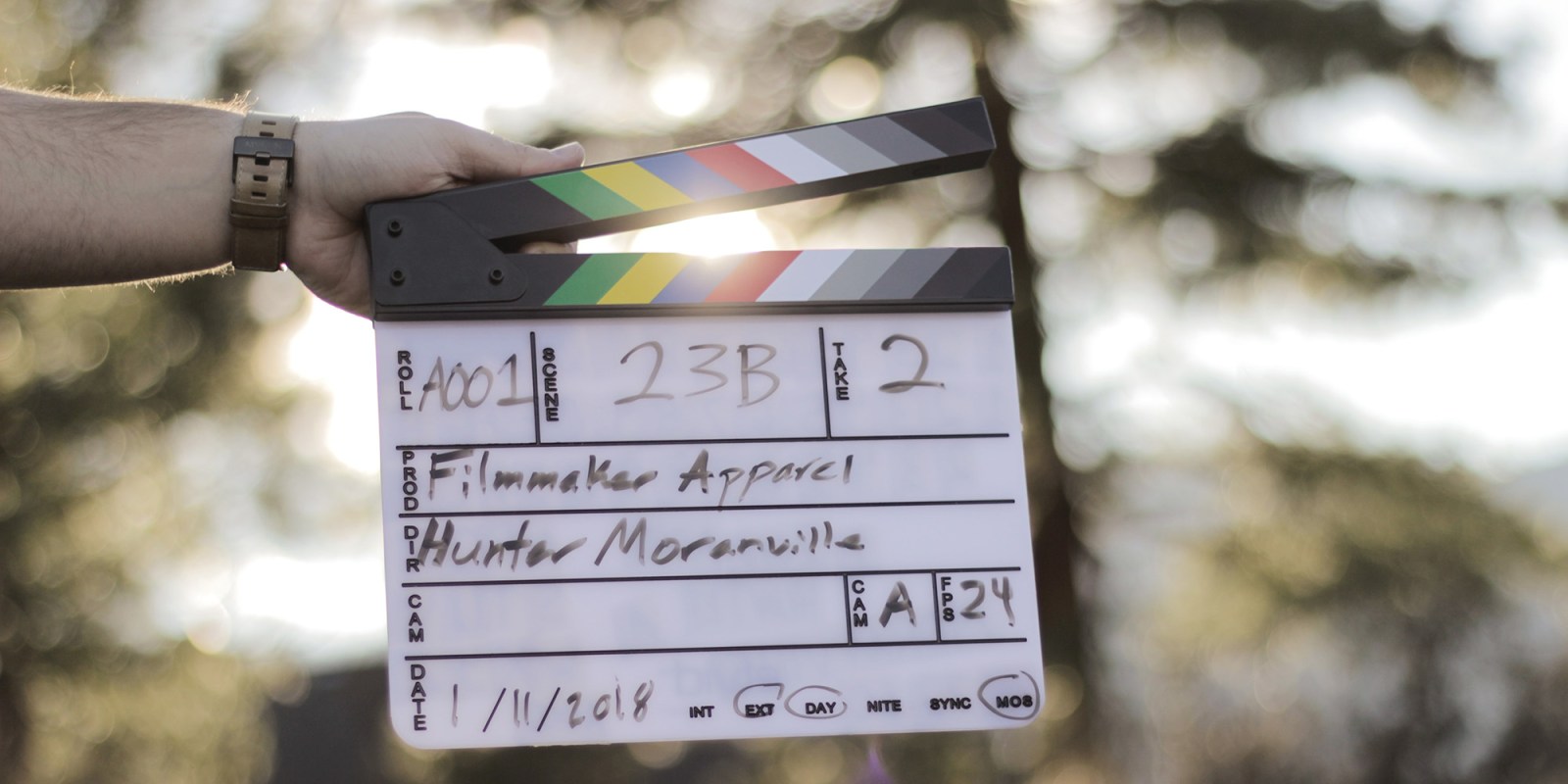 In a bid to reignite the interest of foreign film-makers in shooting their films in South Africa, the Department of Trade and Industry revised its incentives in 2018, but it is still capped at R50-million, says the writer. (Photo: Hunter Moranville/Unsplash)

There are already an estimated 25,000 people working in the SA film and video industry and more content is consumed in the country than anywhere else in Africa. South Africa is also the leader in film production, satellite distribution and interactive content. So what lies beyond South Africa’s seeming inability to take its capability and content and distribute it more widely?

Foreign filmmakers have been taking advantage of South Africa’s diverse, unique locations — as well as lower production costs compared with the US and Europe — for years.

The country also has a reputation for having quality film production crews, which have been involved in a string of successful big-budget showcases such as Fury Road, the fourth Mad Max film; Blood Diamond with Leonardo DiCaprio and The Lord of War, the 2005 movie starring Nicholas Cage, as well as the Marvel marvel — Avengers.

For foreign filmmakers, the benefits of such co-productions are evident, and the upside obvious for the country in the direct investment of millions of rand into the economy.

As a matter of fact, the government has identified the local film industry as a sector with excellent potential for growth and a catalyst for both direct and indirect employment of people from different sectors of the economy.

The National Film and Video Foundation (NFVF) report, “The Economic Impact of the South African Film Industry”, predicts that a direct impact of R4.4-billion on economic production in 2017, could lead to a rise in total production in the economy to approximately R12.2-billion in the near term.

“That is an employment multiplier increased by a multiple of 4.9 for every R1 invested,” the NFVF says. The organisation is an offshoot of the Department of Arts and Culture and was created to ensure the equitable growth of South Africa’s film and video industry.

But despite South Africa’s busy and exciting production environment for foreign films, when it comes to creating SA’s own content and making money from it, the prospects are a lot less forthcoming.

SA has the Leon Schuster phenomenon and a few Afrikaans films that have made a return on their investment, but for the rest commercial success has been almost nonexistent.

For one, the SA market is just too small to make it so. To put our size into context, one only needs to compare South Africa’s 800 movie screens in more than 70 complexes to the more than 40,000 screens at close to 6,000 sites in the US, to realise where the real money is made.

Chairman of Nthibah Pictures Wayne Fitzjohn says if we want to create our own sustainable ecosystem in movie making, SA needs to create content that appeals to a global audience.

We have had some very good examples in Invictus and District 9, he says, but we are not cutting it overall.

“We need to become more tuned into what works commercially abroad,” he says.

It is a point Nthibah was recently reminded of with the imminent release of its latest flick, I Am All Girls. It’s a heart-wrenching, yet eye-opening story about the horrors of human trafficking. Business Maverick was privy to a special screening of it, and it is brilliant. It depicts many social issues that hit close to home and abroad by wrapping around them a deeply moving story about two women who take on these dark forces.

“The movie has tested well with American audiences and Nthibah is looking to broaden it and position it in the US festival circuit,” says Simon Swart, CEO of the start-up global media house with offices in Johannesburg and Los Angeles. Swart lives in the latter city.

“We have not presented to major studios or distributors yet,” says Swart.

The movie house is, however, in negotiations with some established talent and leading studio partners in America to finance, develop, produce, market and distribute other South African films for the US market and beyond.

“The South African market cannot generate enough scale and volume on its own,” says Swart. It does not compete with international producers, he says, “and as an international producer we have to have to ensure that the content works overseas and that requires having the marketing budget to do so properly.”

“More marketing and distribution funding through other organisations and partnerships is required to meet the production budget, as well as find new marketing techniques that reach audiences directly.

It is not enough just to make a film. You also have to have the means to distribute it. This is the problem that South African film has faced. The North American film industry tends to dominate global cinema and has developed extremely effective marketing and distribution mechanisms to get its product out there,” he says.

South Africans themselves generally flock to see Hollywood blockbusters. According to NFVF calculations, the market share average for domestic films currently hovers around 7%.

Their Box Office Report for January-June 2019 states that total earnings for the first half of the year amounted to R590 million — 8% less than in the first half of 2018 (R631 million). A total of 102 films were released in SA cinemas, 14 of which were SA-produced, earning a total of R42-million at the box office.

But this is not necessarily a pure reflection of local appetite, as it does not factor in films that are made for TV or go straight to television or video-on-demand platforms.

“Again, this requires greater collaboration between studios, producers, distributors and theatres in how we market the film content and invest in driving steady consumer demand,” says Fitzjohn.

“We all benefit from a thriving sector that produces commercial-quality films and investing in this content makes sense at every level.

“We need to own it, produce it and be closely involved in its distribution,” he adds.

But it also comes down to government support, which industry players say is more skewed to attracting foreign filmmakers than supporting local production houses.

Media globalisation means that even the smallest country can participate in the global media industry, but that requires some infrastructure investment to accelerate its growth, says Fitzjohn.

“Independent producers are constantly having to rationalise their budgets based on who the audience is and the commercial appeal of their project —tax credits and investment incentives are used in every budget to decide where production happens.”

In countries like Australia and New Zealand, which have both built thriving film industries over the past 30 years, there is massive state assistance and intervention (via the Australian Film Commission and New Zealand Film Board) who help fund the distribution and marketing of their countries’ feature films.

In a bid to reignite the interest of foreign film-makers in shooting their films in South Africa, the Department of Trade and Industry revised its incentives in 2018. But it is still capped at R50-million.

The provinces are also taking steps to ramp up their industries. The Western Cape — particularly Cape Town — accounts for 25% of SA’s R2-billion annual film industry and in July, stakeholders in the Western Cape signed a pledge to work together to build a thriving local film and media industry.

With the makers of movies being attracted by South Africa’s highly skilled film crews and infrastructure — as well as the good weather — the SA industry is at an absolute crossroads — and without the necessary interventions, SA will never fully share in this success story. BM

This report would be incomplete without mentioning that our very own Richard Poplak and Diana Neille will be the first South African directors to compete in the World Cinema Documentary Competition at the Sundance Film Festival in Utah in January 2020 with their Bell Pottinger documentary, Influence. The Sundance submissions this year were a record high of 15,100. Out of that, 3,853 were feature-length. Influence is one of only 12 competing in the World Cinema Documentary category. (Ed)