More game-changers in the world of Cape winemaking 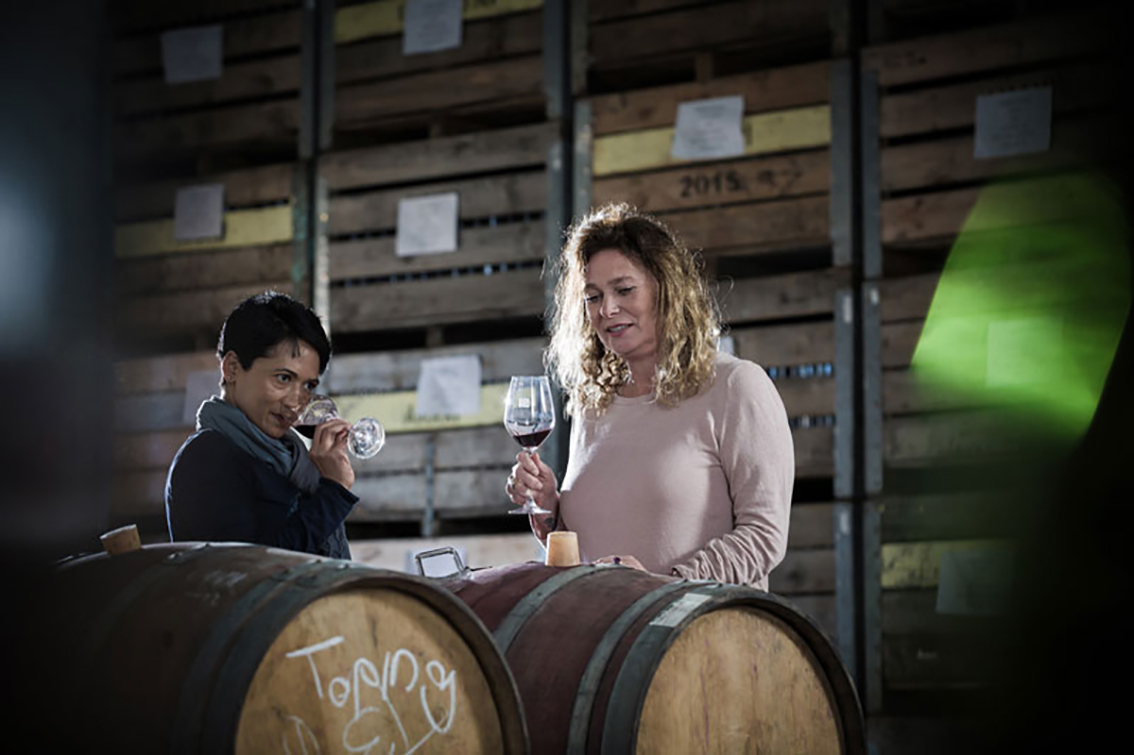 Women are making major headway into the male-dominated SA wine industry and keeping the boys on their toes with some serious wines and increasing influence.

Following on from the first article on the emergence and increasing influence of women in the SA wine industry, we continue to highlight a few of the game changers on the local wine scene.

This is but a smattering of the increasing wave of women gaining influence and credibility in a traditionally male-dominated sphere. There are plenty of women who have had to be left out due to space constraints but this should in no way diminish their importance.

Situated high in the peaks of the Piekenierskloof Mountain, just on the border of the Cederberg, is a little gem of a wine farm called Tierhoek, home to Shelley and her husband Tony Sandell. They produce wines, buchu and rooibos tea. Theirs is a working farm, not an ego estate, and Shelley’s flagship Chenin Blanc reflects hard-working honesty.

US-born with New England roots, “Ginny” has been one of those quiet pioneers of the Devon Valley wine scene for well over a decade, one of the first to produce wines with grapes sourced from the mysterious Skurfberg (to be followed later by the likes of Antonij Rupert Wyne, Eben Sadie et al), Ginny’s wines are also regulars in the prestigious Tim Atkins 95+ club. She may be a Protea farmer by trade but she’s a winemaker by heart.

Carmen is a pint-sized dynamo who has been making wine since the mid-Nineties. She too has her own label – Carmen Stevens Wines – but also works in collaboration with both Pia Watermeyer at Kunjani Wines as well as the Naked Wines brand in the UK. Together this duo of women produces some bold yet elegantly styled wines. The Carmen Stevens Foundation is also responsible for raising funds that feed thousands of school children daily.

Proving that you don’t have to be front-of-house to be a hero, Renske and Graatjie (aka Felicity van Niekerk) are truly the backbones of the funky and super laid-back Fryers Cove Vineyards. The quiet Stalwarts of Ponk and Jan van Zyl’s Fryers Cove wines of Bamboesbaai on the rugged West Coast, these two women manage admin, the farming business, help out in the tasting room, see to the numerous visitors and guests, raise children, as well as run the day-to-day operations of numerous other farms in the area, with enthusiasm, charm and pride, much like most of the strong, gregarious women of the West Coast.

Daughter of the legendary Boplaas Nels and wife of Leon Coetzee, the quirky winemaker of the Fledge & Co label, this seventh-generation, strong-willed daughter, wife and mother has some serious winemaking in her genetic make-up. Together with her mother and father, Carel and Jeanne, sister Rozanne and brother Daniel, they run the legendary Boplaas family winery in the Klein Karoo Hamlet of Calitzdorp. Margaux has won numerous awards for her Portuguese varietals, helping to expand the family tradition of making great ports and table wines.

With more than 550 wine producers in the country at present, it is impressive to see the diversity and proliferation of talent that is forcing its way to the top and helping women break through the (wine) glass ceiling. DM

Kosmik Karoo: Welcome to the Dinner Party in the Sky