How has Mauritania managed to stave off terror attacks? 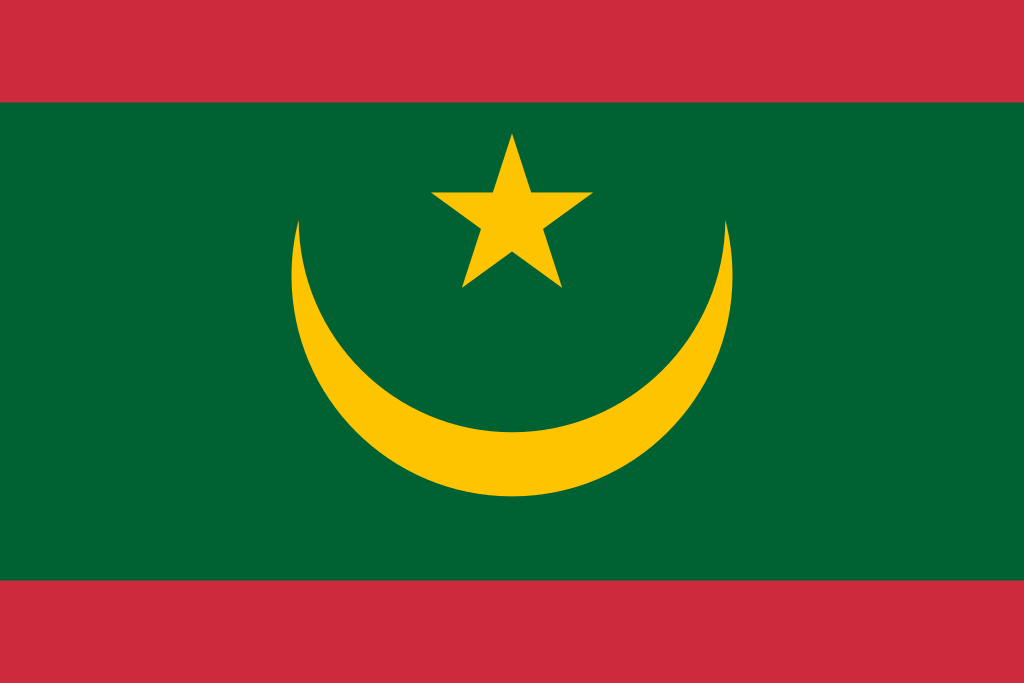 There are lessons for the Sahel in how Mauritania has prevented attacks over the past eight years. By Hassane Koné.

No terror attacks have been recorded on Mauritanian soil since 20 December 2011. On that day, a *gendarme, Ely Ould Mokhtar, was kidnapped in the town of Adel Bagrou on the border with Mali by armed men suspected of belonging to al-Qaeda in the Islamic Maghreb (AQIM).

What has enabled Mauritania to escape increasing attacks in the Sahel over the past eight years? Is it the effectiveness of its security and military measures? Or the result of an alleged “non-aggression pact” with AQIM unveiled by documents seized in Osama bin Laden’s refuge in Abbottabad, Pakistan, by American special forces?

The first jihadist cell in Mauritania was dismantled in April 2005. The first attack on Mauritanian soil followed soon after, on 4 June 2005, when the Salafist Group for Preaching and Combat (GSPC) attacked an army barracks in Lemgheity in the north of the country, close to the Algerian and Malian borders. Officially, 15 Mauritanian soldiers and nine attackers died.

Nine other incidents followed between 2007 and 2011. The most publicised were in December 2007 when four French tourists were assassinated in Aleg and military targets were attacked in El Ghallawiya, resulting in the death of four soldiers. A September 2008 attack in Tourine killed 12 soldiers. In February 2011, a double attack on the Ministry of Defence and the French Embassy was thwarted by security forces. Two vehicles, each loaded with 1.5 tons of explosives, were neutralised at the entrance of Nouakchott. 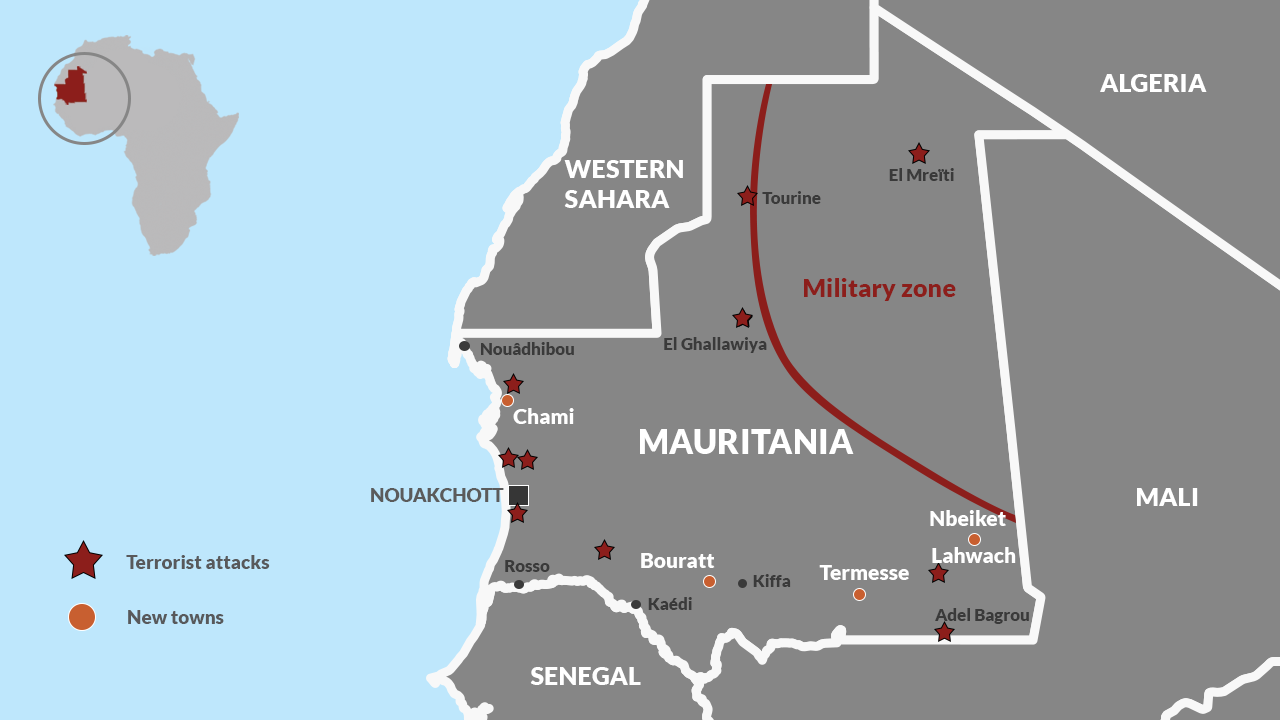 In response to these threats, Mauritania adopted a multidimensional approach combining preventive and repressive measures. This takes into account the factors that directly or indirectly fuel terrorism (ie: causes of radicalisation, drug and arms trafficking). The country drew on Algeria’s policy of civil concord between 1999 and 2006 that encouraged Islamists to renounce terrorism and reintegrate into society.

In January 2010, a commission was established to develop a national counter-terrorism strategy. In July 2010, a tougher anti-terrorism law was passed and the doctrine for using the armed forces was made more offensive to adapt to the new asymmetric security situation. The defence and security forces were better equipped and trained (buying weapons, vehicles and aircraft) and their living conditions improved (bonus payments and substantial care for bereaved families).

In the field, light, mobile, flexible, armed and combat-trained desert units – the Special Intervention Groups – were created to monitor border areas. In 2008, the northern part of the country was declared a military zone. Any movement of people and vehicles required an identification document and this helped in identifying and searching any convoy of vehicles entering this area.

The Mauritanian response is also based on an ideological approach aimed at highlighting Islam’s “tradition of tolerance”, reconciling citizens with religion and discrediting terrorists in the eyes of the population by dismantling their ideological claims. A census of Mahadras (Koranic schools), was also carried out to monitor their activities.

Prominent scholars and imams are used in prisons to speak with the detained Salafists. They have succeeded in convincing most of them to renounce extremist ideas and repent. They have also conducted awareness campaigns to encourage public support and collaboration with the armed forces engaged in the fight against extremism.

The state has also promoted the recruitment of hundreds of students from Koranic schools into the public sector to prevent them from being exposed to extremist propaganda. New cities have been created in remote areas such as Nbeiket Lahwach, Termessa, Bouratt and Chami (see map) that were reportedly used by terrorists as havens.

The aim was to regroup inhabitants who were scattered across a vast area and to provide them with minimum basic services: water and electricity, schools, health centres, roads, and connection to the mobile telephone network.

Mauritania’s approach, which combines an enhanced military and security response with a political and developmental approach, has contributed to the respite that the country has enjoyed for eight years. Will these measures be enough to protect Mauritania from terrorism in a region facing an unprecedented spiral of violence?

Some journalists and analysts believe the answer lies in a tacit agreement between Mauritanian authorities and the jihadists. They say the key to this alleged unofficial agreement is that AQIM refrains from attacking Mauritania, and in turn the Mauritanian government won’t attack its positions. Mauritanian officials have always denied the existence of such a pact. They say the country is able to protect itself through its security forces’ capacity and related effective responses.

In any case, Mauritania’s “recipe” provides lessons that can be adapted to the local dynamics and context of other countries. Given its geographic location in the Sahel region, where terrorism is a continuous threat, Mauritania cannot consider itself totally immune to the expansionist trend of violent extremists. It must continue to consolidate its capacity, share its experience and contribute to regional stabilisation. DM

*Some of the hyperlinks refer to reports in French.