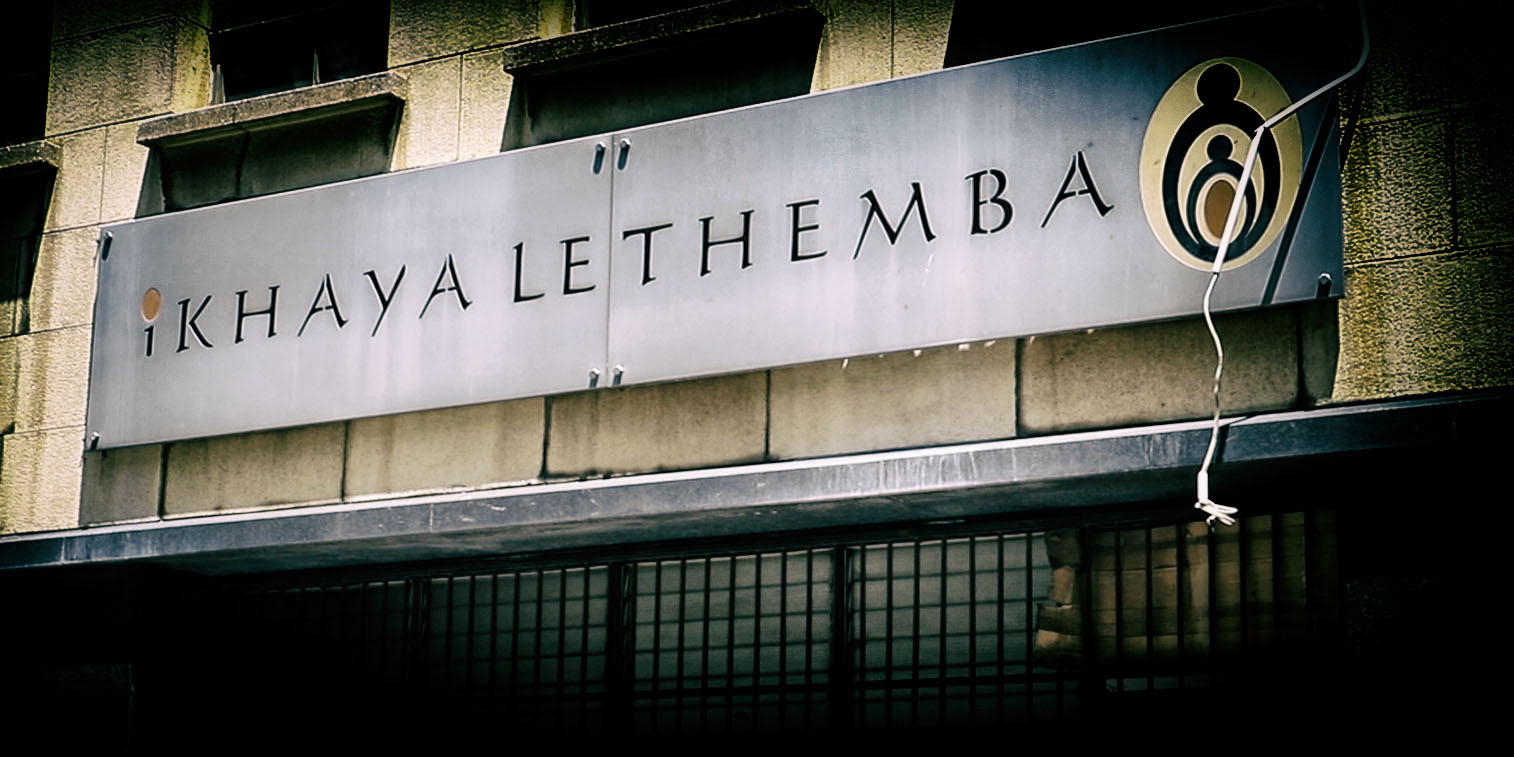 Women living at the Ikhaya LeThemba shelter in Joburg’s Braamfontein have described appalling living conditions, harsh restrictions — and some are facing eviction.

“Instead of getting rid of the problem, they’re actually creating more problems for women because most of us that go out of here… go back to those abusive relationships, which is not breaking any cycle. It’s not breaking the cycle at all.”

These are the words of Lebo*, who is currently staying, with her daughter, at the Ikhaya LeThemba shelter for women and children in Braamfontein, Johannesburg.

The “one-stop centre for female victims of crime and violence,” is the Department of Community Safety’s (DCS) provincial flagship project. But the centre has been a house of horror for many of the women, who say living conditions there are awful.

“They have tried by all means to make us feel miserable in this place,” says Lebo.

And since 2017, the shelter has been trying to evict some of the women and their children.

“They will tell you this is not your home… It’s been a horrible experience… they’ll just make you feel uncomfortable as a human being,” said Lebo.

Khanya*, who was referred to the shelter by a magistrate after fleeing from the physical, sexual and emotional abuse of her child’s father, feels as though she is being forced out.

“They don’t want to accommodate us until we are fine,” she says.

“They are pressuring us, telling us, writing us letters that we must go [because] the shelter is full. [They say] we can’t stay, it’s not a hotel and we have to leave.”

A number of women have approached the Centre for Applied Legal Studies (CALS) after they received eviction letters from the shelter and the DCS compelling them and their children to immediately leave.

CALS is currently legally representing five of these women whose evictions have advanced into the Johannesburg High Court.

The evictions stem from a contract the women are required to sign upon arrival at the shelter which gives them six months to find their feet before they are required to go.

CALS is arguing that six months is simply not enough.

“These women are coming to the shelter, already traumatised and seeking refuge, [they] are coming from a place that was not safe [and they are] seeking safety,” says Basetsana Koitsioe, a candidate attorney at CALS.

It’s no surprise, she explains, that when survivors of gender-based violence who are desperate to escape their perpetrators arrive at the shelter and are faced with a nine-page contract, that they will sign it.

“If they don’t… it means they can’t stay… it’s either [that] or they’ll end up on the streets or back with their abusers,” says Koitsioe.

Daily Maverick reached out to the shelter but was told to direct enquiries to the DCS – as “the owner and manager of the centre”.

DCS did not deny these court proceedings but responded to Daily Maverick’s questions by saying that the matters are before the court and cannot be publicly discussed.

Survivors living at the shelter have said that beyond the evictions, the shelter itself is poorly run. They describe how they’re forced to bath with buckets as the showers do not work, how they struggle with the shortage of food and how they no longer receive staple supplies such as sanitary towels, toiletries and nappies for their children.

“There’s no running water and they’re not doing anything any more. When you wake up you just have to see which bucket to take to… clean yourself up [and] you have to go… downstairs to get water. It’s filthy,” Lebo said.

“We’re not getting anything any more… I feel like these people are benefiting from us, they are acting as if they care but they don’t care,” says Lebo.

“The sad part is that the same diet that you are eating is the same diet that our children are eating and it’s not nutritious food for them. [It’s] going to cause them health hazards,” said Mbali*, another resident, who was in an abusive relationship for eight years before escaping to the shelter.

DCS has flatly denied that the shelter is in a poor state and contested just about every one of the women’s claims.

“The allegations that the shelter is in a poor state are incorrect,” said Ofentse Morwane, director of corporate communications at the DCS.

And while the department says it “takes the safety and reasonable well-being of the residents… very seriously,” and remains “concerned with the rate of gender-based violence in Gauteng and society as a whole”, this is difficult to believe when residents – sometimes with their children – are forced to sleep on the street.

Management has recently set 8pm as the cut-off time for the women to return to the shelter – reducing this “curfew” from 10pm to 9.30pm, to 9pm and now 8pm. This is difficult for residents who work irregular hours, after hours or who find ad hoc jobs.

“From 8 0’clock you can’t come [in],” Khanya says, “There is a camera there [and] they will be watching you, looking at you and laughing and you have to come back in the morning.”

Khanya has been forced to sleep at a nearby bus station with her baby when she failed to meet this curfew.

Lisa Vetten, a Wits University researcher specialising in gender-based violence, says the allegations made against the shelter should not be ignored.

“These are serious claims,” Vetten told Daily Maverick, “and if you don’t want to launch a proper investigation, that doesn’t send the right message.”

The fact that these women choose to remain at the shelter is a testament to what they are trying to escape.

“The safety that the shelter provides is more important than their dignity… they have had to put their right to dignity aside so that they can sustain the right to housing,” said CALS’ Koitsioe.

“You don’t get any kind of assistance emotionally or psychologically,” said Mbali. “It’s still very hard for me to cope, but I’m trying my best because I have kids that are looking up to me as their mother.

“We are just stuck [and] we don’t know what to do. We need help with this,” she pleads.

CALS is hopeful that the legal proceedings will at least cultivate solutions. The organisation is hoping to suspend all evictions pending some form of transitional housing being put in place.

“We also want to work on policy development around shelters and incorporate various government departments in that process,” Koitsioe says. “And we want to look at the issue of funding… and budget monitoring because in a lot of cases there is funding, but how is the money spent?”

Vetten says it’s poor policy that is perpetuating systemic issues. “There are some norms and standards that are 20 years old, and policy that expired last year.”

It’s also because different departments don’t see domestic violence as their problem, so we need to develop policies to make sure that they do, she says.

Vetten says there should be “no hard and fast rule” defining when a woman should be required to leave a shelter.

The solution, she agrees, is transitional housing and the need to develop a link between other departments and access to transitional or “second-stage” housing.

“We just haven’t given comprehensive thought to what it is that women need,” Vetten said. “We need to craft a much richer menu of options for women that looks at social support, economic support and legal support.”

This will hopefully happen when the Commission for Gender Equality (CGE) holds hearings between 2 and 6 December 2019 to investigate the state of shelters in South Africa.

The discussions will involve the director-general of the national Department of Social Development (DSD) as well as the heads of the nine provincial DSDs who will respond to questions regarding the allocation of resources to shelters and other functional issues, including the need for transitional housing. DM

*The women have been given pseudonyms to protect their identities.