Shivambu shimmies in and out of court, facing assault charges 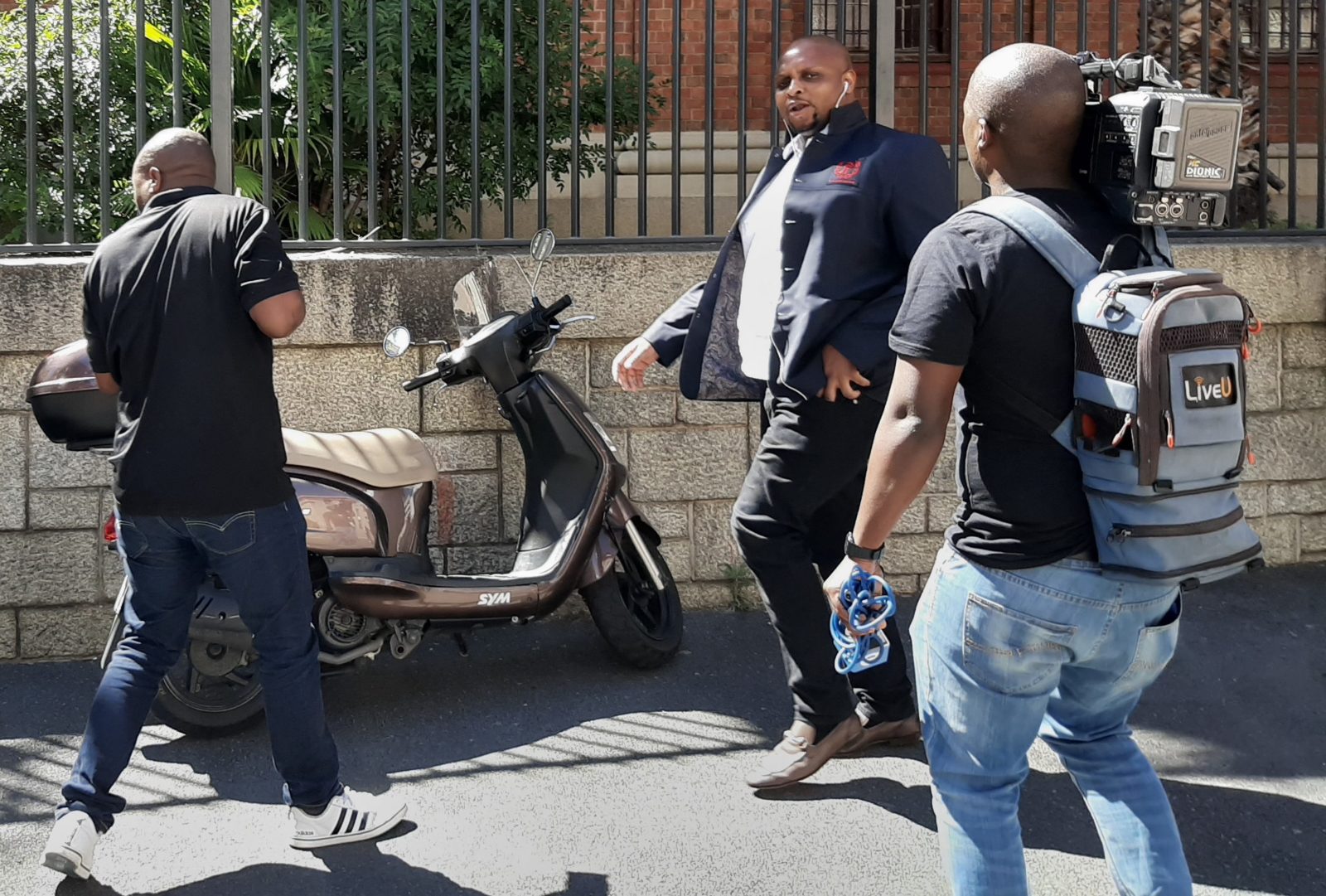 Deputy President of the EFF Floyd Shivambu avoids the media as he exits the Cape Town Magistrate's Court on 5 December after his first appearance regarding the assault on Adrian de Kock. PHOTO: Lia Snijman.

A week before the EFF elects its new leadership, Deputy President Floyd Shivambu appeared in court facing assault charges on Thursday after being filmed on camera accosting a journalist at Parliament.

Shivambu was seen in the court’s hallway with his earphones in and dressed in navy – not the signature red EFF colours. He seemed calm while sitting next to his attorney, Ross McKernan.

He was charged with “common assault” after he accosted Netwerk24 journalist Adrian de Kock in the Parliamentary precinct on 20 March last year, moments before Patricia de Lille was due to appear before the DA for a disciplinary hearing.

De Kock sustained minor injuries to his back.

The NPA confirmed charges against Shivambu last week, on the same day that president Julius Malema was charged for discharging a firearm at an EFF event in the Eastern Cape in 2018.

Shivambu’s court appearance on Thursday took place a week before the EFF is due to elect their new leadership at its Nasrec conference on 13 December.

The incident was captured on film. Shivambu had his hand around De Kock’s neck while a man who appeared to be Shivambu’s bodyguard was grabbing his camera.

He released a statement on the day of the incident where he called his interaction with De Kock “a scuffle”.

He expressed his regret and promised to write and email an official apology. He kept his word and sent the apology, but charges against him had already been laid. Shivambu had claimed he was unaware that De Kock was a journalist.

The matter was brought before the Parliamentary ethics committee on 14 November last year where De Kock testified.

In early April, the committee cancelled a meeting to consider the complaint after “obtaining legal advice,” they wrote in a statement. They also cited issues with reaching quorum and unavailable witnesses.

Ethics committee chairperson Bekizwe Nkosi told Daily Maverick on Thursday that he could not comment on the complaint as the “matter had not been finalised”.

DA’s Phumzile van Damme also hauled Shivambu before the ethics committee regarding his role in the VBS heist last year. Daily Maverick previously reported that Shivambu received R10-million of the R1.8-billion looted from the now-defunct bank.

The case has been postponed to 28 January, 2020 for the defence to provide evidence of video footage and still images from the incident.

Shivambu exited the court and ignored media attempts to take photos of him and ask for comments. He moved quickly and quietly to his car. DM