National Health Bill could be law by August 2020 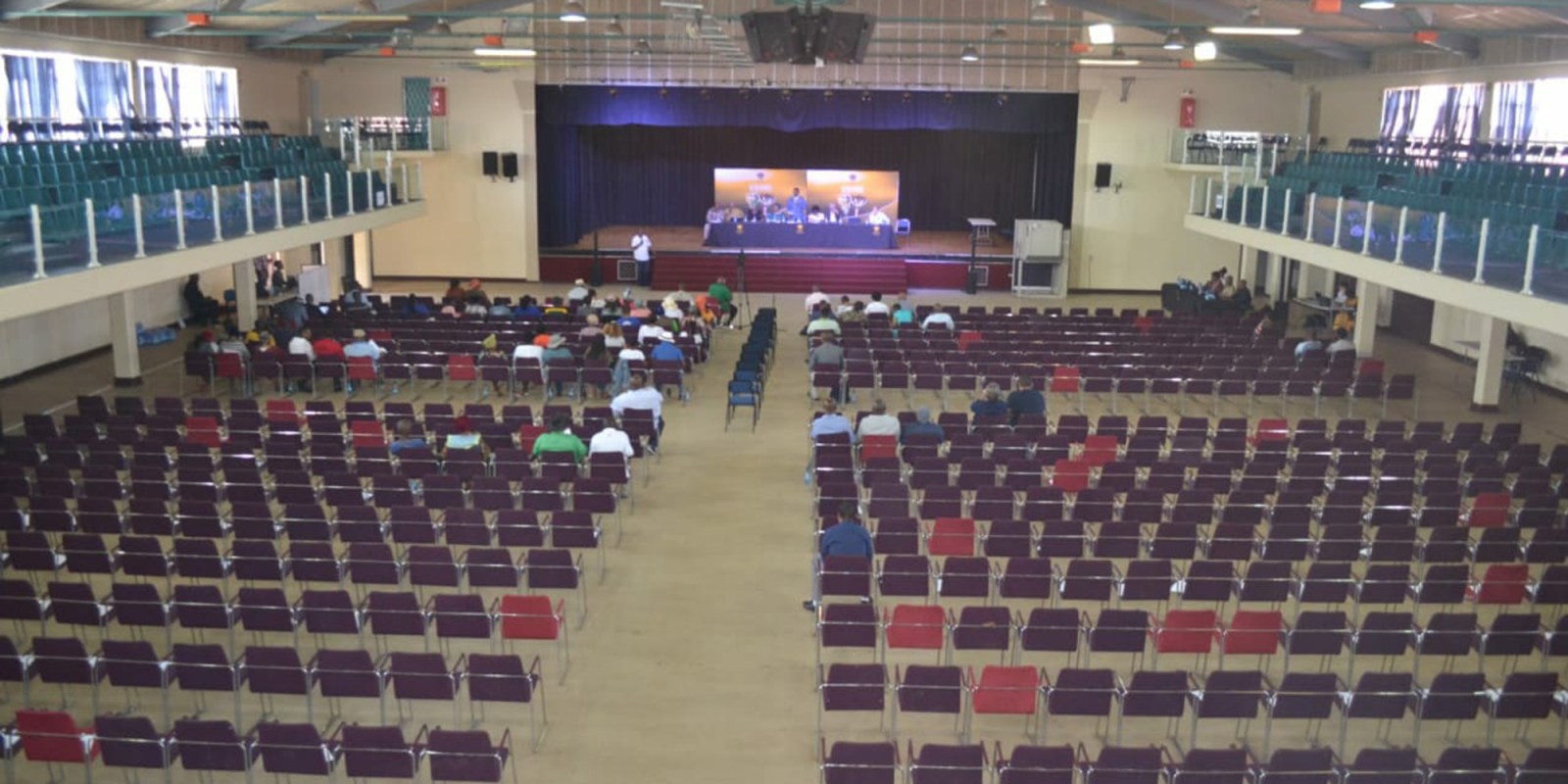 The National Health Insurance Bill could be on the President’s desk to be signed into law by July or August 2020, according to portfolio committee chair Dr Sibongiseni Dhlomo.

Asked about the legislative process going forward, chair of Parliament’s Health committee Dr Sibongiseni Dhlomo told Spotlight the Bill might be brought before Parliament by May or June 2020 to be debated and, if there is agreement and it is passed, the Bill could be forwarded to the President to be signed into law by July or August.

Dhlomo was speaking on the sidelines of the public hearings on the NHI Bill in Port Elizabeth on Friday.

The Eastern Cape leg of the public hearings will be the last for 2019. The committee hopes to wrap up the hearings by February 2020.

“We will hopefully finish the last province in the first week of February, go down to Parliament and then look into all the written submissions,” Dhlomo explained.

“[We will look at] what are people saying, where are they wanting amendments; then look into it, bring it to the department to say this is what the people are saying about your Bill because it is your product. You want to make this into law but there are gaps. What is your view on that?”

Dhlomo did not rule out the possibility that the work of compiling the reports after the public hearings might be outsourced.

“There may as well be a possibility of a professional person to summarise all the submissions that are written to us,” he said.

The DA, however, made it clear that they would insist that MPs themselves scrutinise all public comments.

The DA also indicated that it will ask for another legal opinion once the Bill is referred to the National Council of Provinces (NCOP) for concurrence. DA MP Siviwe Gwarube said in a statement that the reason for this is that the NCOP, as a different House of Parliament, needs to satisfy itself of the constitutionality of the Bill.

“We will specifically request that the provincial roles be defined explicitly. While the National Assembly could consider this Bill with vague provincial powers, we cannot afford to do so as the NCOP. We will then also ensure that a full public participation process is rolled out by the NCOP where the areas that were not visited by the National Assembly are covered by the NCOP.”

Meanwhile, during the public hearings in Nangoza Jebe Hall in New Brighton in Port Elizabeth, less than a hundred people showed up for the first of the public hearings in the Eastern Cape. This hall can accommodate more than 2,000. The Nelson Mandela Bay Metropole includes Port Elizabeth, Uitenhage and Despatch which together have a population of more than 1.3 million.

The hearings are a continuation of the nationwide public participation process to ensure that the Bill is strengthened and is reflective of the views of all South Africans.

In the absence of the mayor, Mongameli Bobani, the mayoral committee member for health in the metro, Yolisa Pali, welcomed the portfolio committee to the metropole. Only a handful of councillors were present. The head of the Eastern Cape health department, Dr Thobile Mbengashe and provincial and national health department officials also attended the hearings.

While bad advertising of the hearings, Black Friday and the “capitalists who are derailing the process” were blamed for the poor turnout, the residents went ahead and raised concerns and sought clarity on the Bill.

There was broad support for the Bill. However, there were a few reservations and concerns about its implementation.

Celestine Booysen, a resident of Helenvale in Port Elizabeth’s northern areas, lamented the lack of a clinic in her ward with its approximately 38,000 residents. There was an outcry from residents of other wards, including Wells Estate with its population total of about 24,000 on the outskirts of Port Elizabeth, that the Bill should address the need for additional primary healthcare centres in different areas.

Residents also asked that the Bill address the professional development of health personnel as well as the shortages of staff and medication. In addition, residents called for more clinics to operate for 24 hours a day.

Cosatu came out in support of the Bill.

“It supports social justice and will ensure that all our people, black and white, rich and poor will be able to access services,” said the trade union’s Mkhawuleli Maleki.

The lobby group AfriForum, on the other hand, said it doesn’t support the Bill, calling it an impractical and unaffordable scheme that has “implications far beyond the health sector”.

Residents opposed to the Bill also argued that healthcare needs a hybrid solution where private and primary healthcare work hand in glove, complementing each other. They added that the government should share exactly how much this health plan will cost the taxpayer. In the absence of this crucial information, it is impossible to support the NHI, some said.

A nursing sister, Ncikazi Tsotsi, said the Bill will bring back solidarity and human dignity regardless of financial status.

“We believe it will stop us being ripped off by medical aids. We urge the NHI committee to put more energy into the infrastructure of the current buildings. Buildings are falling apart,” she said.

Tsotsi said staff need ‘soft skills’, referring to interpersonal skills and not just degrees, to do their job well.

Dhlomo said although the Bill is not fully understood, the committee is impressed by the knowledge South Africans have about aspects of it. He added that the burning issues raised are generally the same, having heard concerns of residents in four provinces before embarking on the Eastern Cape leg.

He said people are concerned about the budgetary implications of the Bill.

“Other people who do not necessarily agree with the Bill are asking where is the money going to come from. Can the department indicate how they are going to fund this process? So there are those varied responses that we get,” Dhlomo explained.

He said the public participation process is not merely a box-ticking exercise to complete all the steps in the process.

“We are here to listen and write down. We are going to engage the department and they must indicate to us why there won’t be any change to what people are suggesting.”