Coalition coalescence: ANC and DA may just have to work together 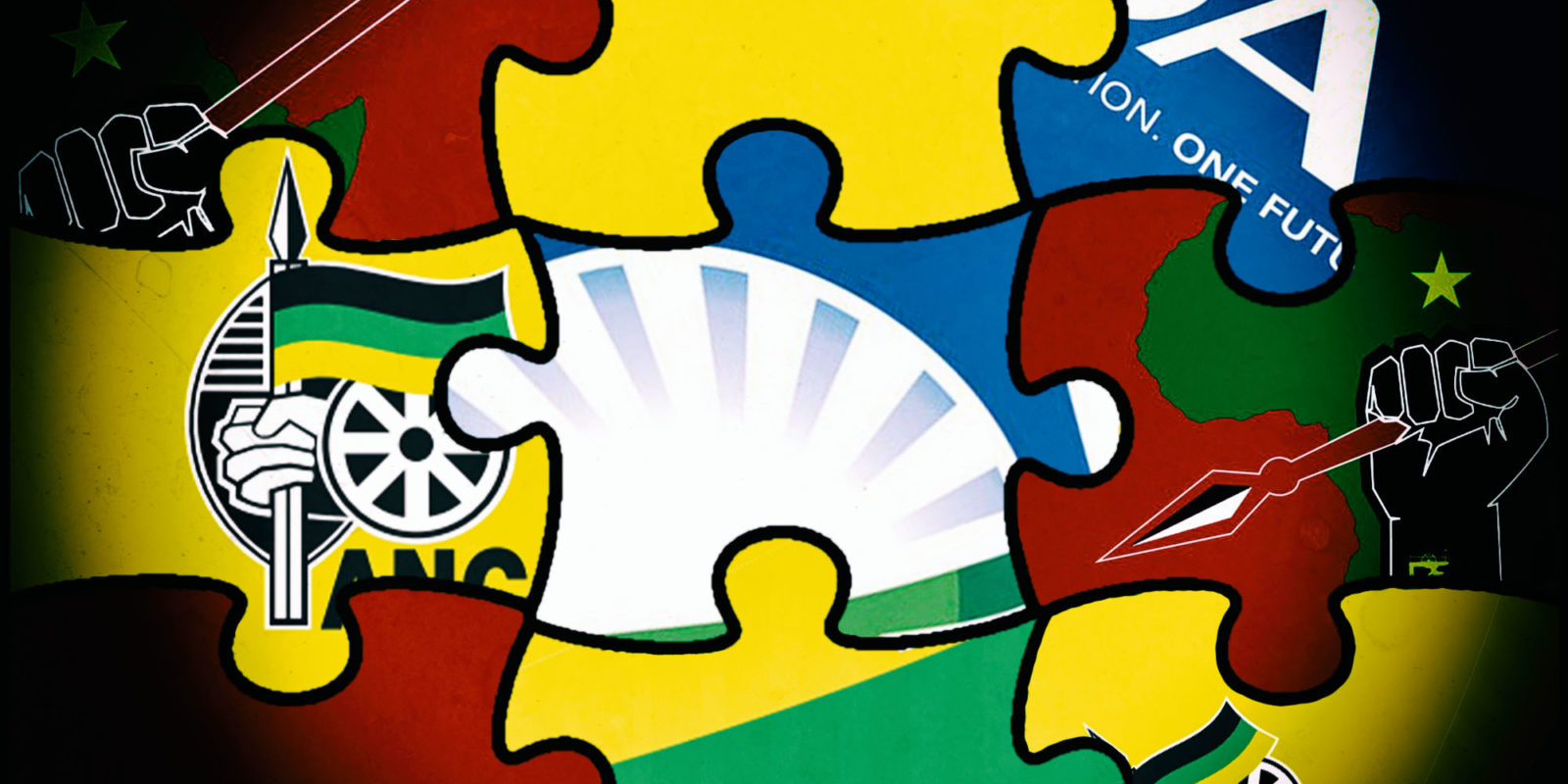 Politicians usually act in their own and their party’s interests. If voters can ensure that the interests of bigger parties are aligned, then these parties might start to walk a common path, says the writer.

Contrary to the expectations of many, coalition politics has not made politicians more honest, nor cities better run. But this may be about to change, if voters have their way.

The coalitions running some of SA’s metros and towns are not improving service delivery and may, in fact, be increasing the levels of corruption and patronage. At the same time, the ANC, the DA and the EFF have all been competing against each other to take over the City of Johannesburg.

Meanwhile, the ANC in the Eastern Cape is calling on parties to work together to remove the mayor of Nelson Mandela Bay, the UDM’s Mongameli Bobani. It’s possible that coalitions involving the bigger parties could be on the horizon.

The horse-trading in Joburg, Tshwane and Nelson Mandela Bay has revealed how powerless voters are between elections. Citizens are reduced to bystanders as smaller parties with tiny constituencies request powerful positions, participation in tenders, and in at least one case, demand the renaming of a road.

Service delivery suffers because of increased patronage, as public money is doled out to people to keep their constituencies happy, and financial decisions are made for political purposes, rather than for the good of the city and its people.

As Professor Steven Friedman suggested in Business Day this week, citizens are right to feel angry and have very few options to stop this practice.

Friedman points out that this was not the prediction.

Many (including this writer) believed that the introduction of coalition politics would make politicians more honest. The thinking was that politicians would be more afraid of engaging in corrupt practices when they had rivals in the same administration (presumably, with access to the same financial records).

Instead, politicians are buying each other off for political positions.

This can partly be explained by the fact that smaller parties have few boundaries to their behaviour, allowing them – in their eyes – to do as they please.

For example, in Nelson Mandela Bay, the Patriotic Alliance (PA) has only two seats, which, because of the make-up of that council, gives it the power to decide whether or not Bobani remains mayor. As a result, the party appears to swing towards whoever is making the highest offer at the time. In one memorable day, its leader, Marlon Daniels, claimed in council that he was being threatened by Bobani to vote in a particular way, walked out of the chamber, abstained from the vote in question, and then accepted a position on Bobani’s mayoral committee.

But the PA as a party, and Daniels, in particular, are only serving a small constituency. Crucial to this may be the fact that both he and his party have no hopes, and perhaps no ambition, of growing much bigger. They are not trying to get national or provincial support and to become a party of real significance.

This raises questions of whether the situation would be different if two bigger parties were to be involved in a coalition in a metro.

For many years, to publicly contemplate the idea of the ANC and the DA working together has been to invite questions about one’s sanity. The parties routinely insult, attack, and sometimes assault one another.

And yet, if we accept that politics is about interests, then their interests are slowly becoming aligned, if only in very particular circumstances.

Nelson Mandela Bay may now be approaching such a circumstance.

On Tuesday, the ANC’s provincial executive committee in the Eastern Cape issued a statement in which it said it supports the call for the motion of no confidence against Bobani:

“We therefore call on all political parties to set aside their differences and vote with their conscience in support of the motion.”

While the politics of NMB have become intensely complicated (and involve the key figure of the ANC’s Andile Lungisa who clearly believes he is not bound by the dictates of the ANC in the Eastern Cape or even the national executive committee), this is an interesting moment.

It is clear that both the ANC and the DA in NMB want Bobani out and they probably share that sentiment with the majority of the metro’s citizens. But the question is, what would happen next and who would take over?

For the moment, the DA and the ANC cannot agree on this.

However, there is the possibility that both parties will start to feel the heat from their voters, who could blame them for prolonging Bobani’s reign. This is where their interests will start to align.

Would it be too much, for example, to see the two parties agreeing to vote to remove Bobani, and then for them to concur on power-sharing on a strictly limited timeline that would see metro elections in a few months?

What would happen if both parties’ voters wanted that to happen, just to get services up and running again?

This is where the size of the parties may well matter.

The ANC and the DA are very different to the smaller parties in Joburg, or the Patriotic Alliance in NMB. They both have ambitions of governing in the Eastern Cape and in the Union Buildings.

These ambitions limit how they can behave in NMB.

It’s becoming apparent that voters do link the behaviour of parties in certain metros with how they vote in national and provincial elections.

The UDM lost support in the national elections, possibly because its leader, Bantu Holomisa, has stood squarely behind Bobani. The DA may have lost support in the same polls because voters were not happy with its informal coalitions with the EFF in Joburg and Tshwane.

Politicians usually act in their own and their party’s interests. If voters can ensure that the interests of bigger parties are aligned, then these parties might start to walk a common path.

Despite the personal vitriol they hurl at each other. DM