Labour unrest: Arrests and rubber bullets after chrome mine fails to pay wages 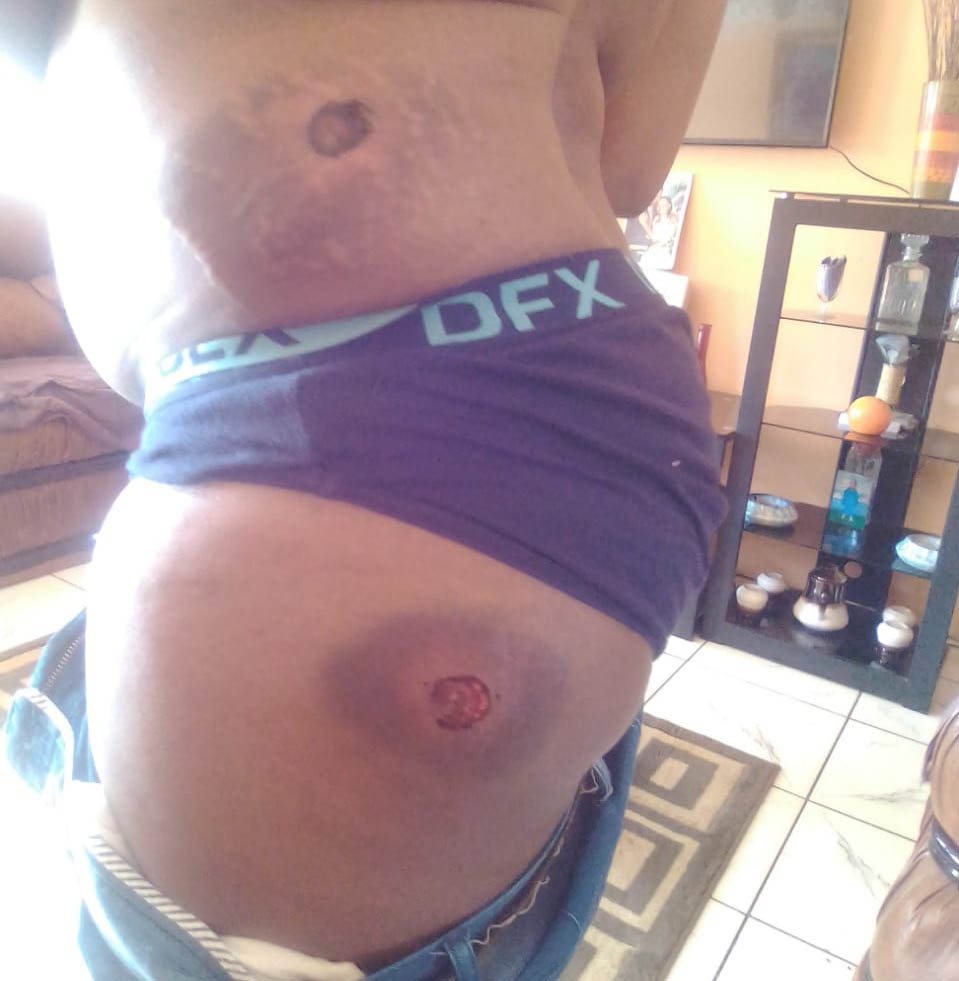 A worker at Horizon Chrome Mine shows his injuries after he was allegedly shot with rubber bullets by mine security during a protest over unpaid salaries. (Photo: Jacob Mebeko)

The National Union of Mineworkers (NUM) says nine of its members were arrested on Monday and several shot with rubber bullets by private security during a confrontation at the Horizon Chrome Mine in North West province over unpaid salaries. It is the latest dust-up in a region that is a flashpoint of labour and social unrest, and another sign of chrome’s woes.

Another day, another bout of labour violence in South Africa’s platinum and chrome mining areas, this time at the Horizon Chrome Mine near Pilanesberg. Workers who spoke by phone with Business Maverick and Geoffrey Moatshe, NUM’s Rustenburg regional secretary, said the incident occurred on Monday as members were protesting near the mine about wages that had not been paid in November.

“How do you tell people to work when you have not paid them? This looks to us as a union as a provocation,” Moatshe told Business Maverick.

The company could not be reached for comment, but in a memo sent to staff, dated 27 November, and seen by Business Maverick, it said that, “Recent illegal work stoppages, acts of sabotage and poor performance led to insufficient production to cover the Company’s costs. The Company therefore has to yet again secure external funding.”

“As communicated on 24 November, we are not able to obtain funds to pay the November salaries without the required undertakings set out in our letter of 25 November and with a standing dispute at CCMA and the probability of a strike.”

It went on to say that while the company would not be able to pay salaries by the end of November, if the workers kept the operation going, it would raise the funds and pay the salaries “not later than 7 (seven) days after pay day”.

It added that not reporting for work would constitute an illegal stoppage and concluded by saying:

“We profusely apologize for the delay in paying your salaries and the inconveniences caused to each of you. Management, Horizon Chrome Mine.”

NUM says the company is in the process of business rescue, which would explain its liquidity issues. This could not be independently confirmed.

It is another example of the social tensions that exist in a region where labour disputes in the mining industry often trigger violence. Depressed prices are also forcing the closure of smaller chrome producers at a time when larger platinum focused companies operating in the region have seen a surge in profits. BM