Constitution must be our Stalingrad, and a modern-day version of UDF our movement for change 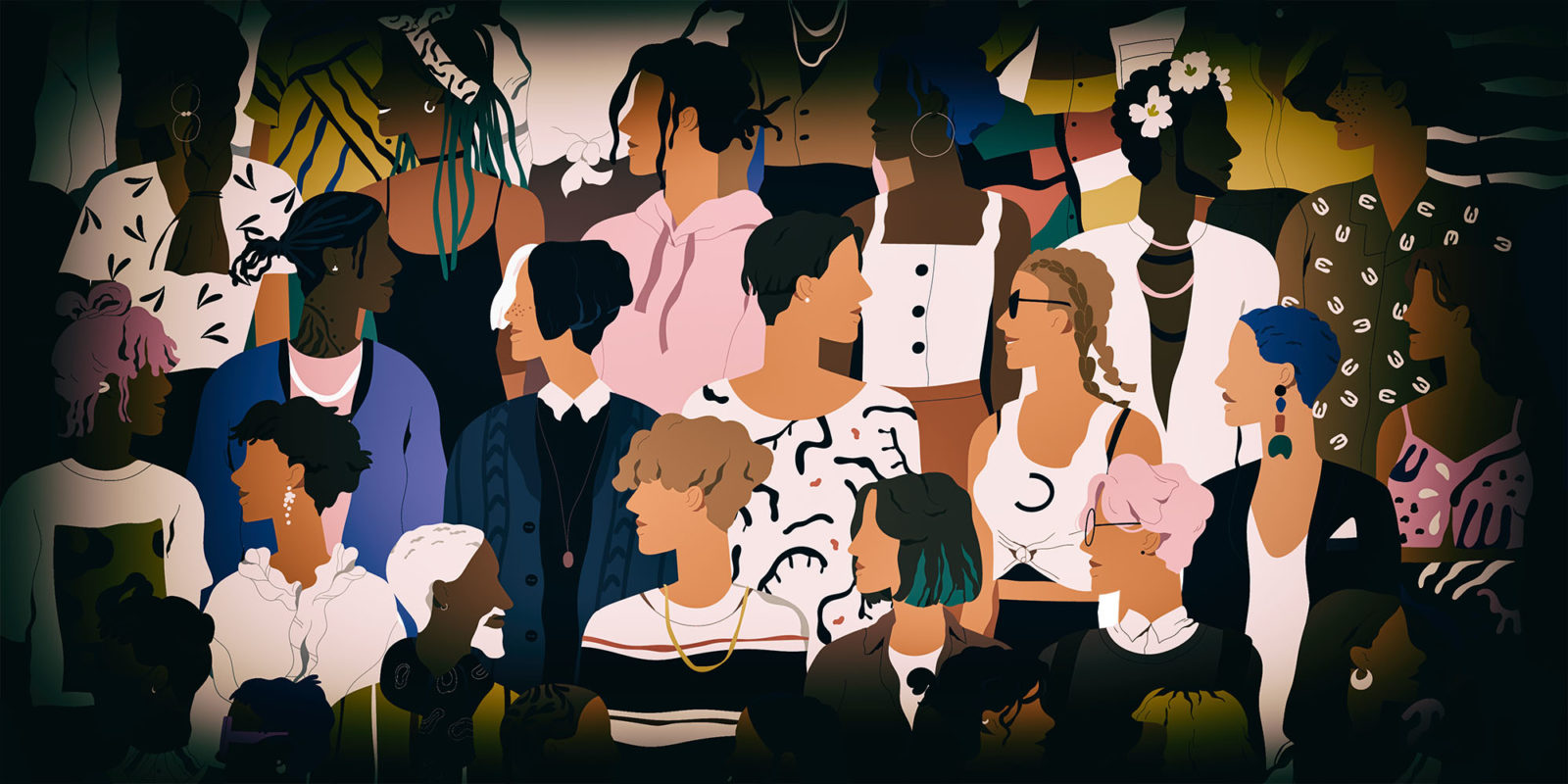 Is it not time for a new movement — a new UDF with a new agenda relevant to the challenges of the day, asks the writer. (Illustration: Adobestock)

Is it time for a new movement similar to the United Democratic Front – a new UDF with a new agenda relevant to the challenges of the day? In the words of Robert Sobukwe, ‘an African movement seeking African solutions to African problems’. Not a factionalised, self-serving political elite, but a civic and political movement.

“This shared understanding — these simple and fundamental thoughts and feelings — is present both in the people as a whole and in each individual. Often only latent, this understanding comes to life when someone feels him — or herself — to be united with a larger whole, when someone might say ‘I am the people’.

The above quote is from Vasily Grossman’s astounding book Stalingrad and is written in the context of seeking a deeper understanding as to why and how the Russians responded to Stalin’s harsh edict “Not a step backwards” at the battle of Stalingrad, in such a unified, selfless and committed way. A battle which determined not just the fate of Russia but proved to be the pivotal point in World War 2.

And it gave me pause for thought as I wondered to what extent we could apply some of the thoughts and sentiments expressed in the words to present-day South Africa.

As regards the latter, instances that readily come to mind include Madiba’s inauguration, the 1995 Rugby World Cup, Afcon 1996, FIFA 2010, the Ndlovu Youth Choir and of course the incredible response to the 2019 Rugby World Cup triumph. But as uplifting and inspiring as these and others were and still are, they are too often fleeting and transitory as they tend to be rooted in the shallow, shifting sands of sentiment and not cemented into any transformed civic reality.

After all, it’s easy to bask in the reflected glory and achievements of others…but it is not the same, in any way shape or form, as the visceral sense of bonding that happens when everyday people act in concert, in support or defence of a common cause.

Typically these type of events serve as a proxy, but they are not the real deal.

This can only happen when deeds are put to words by one and all. When instead of relying on others to make us proud we make ourselves proud.
Where some level of sacrifice occurs in recognition of the truism that a principle is not a principle until it costs you something — be it money, time, effort, ego, or whatever. Or of course, your life, as Nelson Mandela was prepared to do, so committed was he to what was right for this country.

My sense is that at the political fringes we are not even remotely close when it comes to a common cause and the common good, however, the closer we move to the centre, so the picture changes. So “common cause“ becomes more tangible, “I” and “we” tend to merge, as was so vividly and viscerally displayed in the post RWC 2019 goose-bump invoking celebrations. As much a demonstration of common cause as it was an expressed embrace of it.

And so the question is how does this common cause concretise its common voice? Well, it happened before. Just think of the United Democratic Front, the UDF, in the 1980s. What a wonderful example of common cause finding a common voice. Despite the fearsome regime, it flourished and grew and in the end triumphed. It did of course have the advantage of coalescing around a single, well-defined enemy.

So, is it not time for a new movement of similar ilk — a new UDF with a new agenda relevant to the challenges of the day? In the words of Robert Sobukwe, “an African movement seeking African solutions to African problems”.

Not a factionalised, self-serving political elite, but a civic and political movement. A movement which binds the centre around a common cause, so well articulated by Theodore Roosevelt in the words “a square deal for all” and which deals decisively with the injustices of the past. After all we’ve defied the odds before… so let’s do so again because we sure as hell will not achieve it within the current, factionalised, compromised, status quo.

Let’s awaken and activate this latency of common understanding and decency that one encounters in everyday life among everyday people of all races, creeds, gender and ages. People for whom the politicians of the day do not speak — who are tired of being disillusioned and misled by meaningless manifestos — within whose ranks politicians seek to drive their self-serving wedges. And the good news is that the solution is right there. A solution of our own making in the form of our widely admired but too often forgotten Constitution — a Constitution not for bending and plying, or for sale to the highest bidder, or he or she with the deepest pockets of ill-gotten gains.

However it is my contention that none of the existing political parties can even remotely deliver on this. They are too compromised by their past and not directly accountable to us, the electorate. The only square deal they understand is a square deal among themselves as they jostle for positions within their own rank and file. What else was that charade at Nasrec, other than factionalised “square dealing”? How could that in any way shape or form be construed as accountable democracy? And the result is that we the people sit with a compromised result — a clear void between what needs to be done and what is being done to uphold the ideals of our Constitution. The question before us then is, in the absence of strong, accountable leadership — who will fill that void?

The UDF did it before — surely we can do it again. Or are we actually just too comfortable? Surely not.

So how about we imagine that the Constitution is our Stalingrad and that we, the people in the middle who all want a basic “square deal for all”, are the resilient troops. That what we need to do now is to defend it and in so doing take “not a step back”.

The call to do this was clearly and unambiguously issued by none other than Chief Justice Mogoeng Mogoeng in his brilliant Mandela Lecture this past Saturday when he invoked the power of the Constitution as an unsullied transformative tool. In which he urged us on a daily basis to “see it as our individual and collective responsibility to get South Africa to the place where it has the potential to be”. A veritable clarion call to all South Africans to embrace and activate the concept of constitutional democracy as we seek to root out illegality.

So how about a new party – the Constitutional Democratic Party, and here is a direct challenge to President Cyril Ramaphosa: you come and lead it. Extricate yourself from the political treacle in which you are floundering and becoming so sadly compromised. Come and make a fresh start and give yourself a chance to deliver on the potential which all of us who voted for you, saw in you. Let this be the foundation – the rock on which you seek to build “common cause”, a “shared understanding”, where “I” and “we” find cohesion and let this represent a civic and political “strength that people respect and admire”.

If you don’t do it, rest assured others will, but you will have missed a golden opportunity to take this country forward in the spirit of Mandela. After all why bind yourself to something which has served its time in terms of both discredited economic policies and so-called political alliances? Which in fact has been party to undermining the Constitution — something which you yourself were a proud party to. Surely there can be no better way for you, as Mandela’s chosen successor, to both honour his belief in you and build your own legacy which later generations will rightfully acknowledge.

Come then, I urge you, and be President of our country, not firstly president of a compromised party which can recall you at any time. Rather be answerable to your fellow citizens, who will support you in their droves, as we hold you accountable for delivering that which you were party to creating. Do this as a statesman, not as political apparatchik.

In the meantime, let us as citizens of this country heed what Chief Justice Mogoeng urged us to do. Let us make ourselves proud as we hold compromised politicians to account in the defence of our Constitution with the same resolve as those Russian forces who did so much to secure the world as we know it today. Then let’s move forward as committed, fellow citizens to a new future. We may just surprise ourselves.

Derek Carstens was Brand Director of FirstRand and Marketing Head of the 2010 Fifa World Cup LOC following which he became a game farmer in the Eastern Cape.