Shop until the economy drops 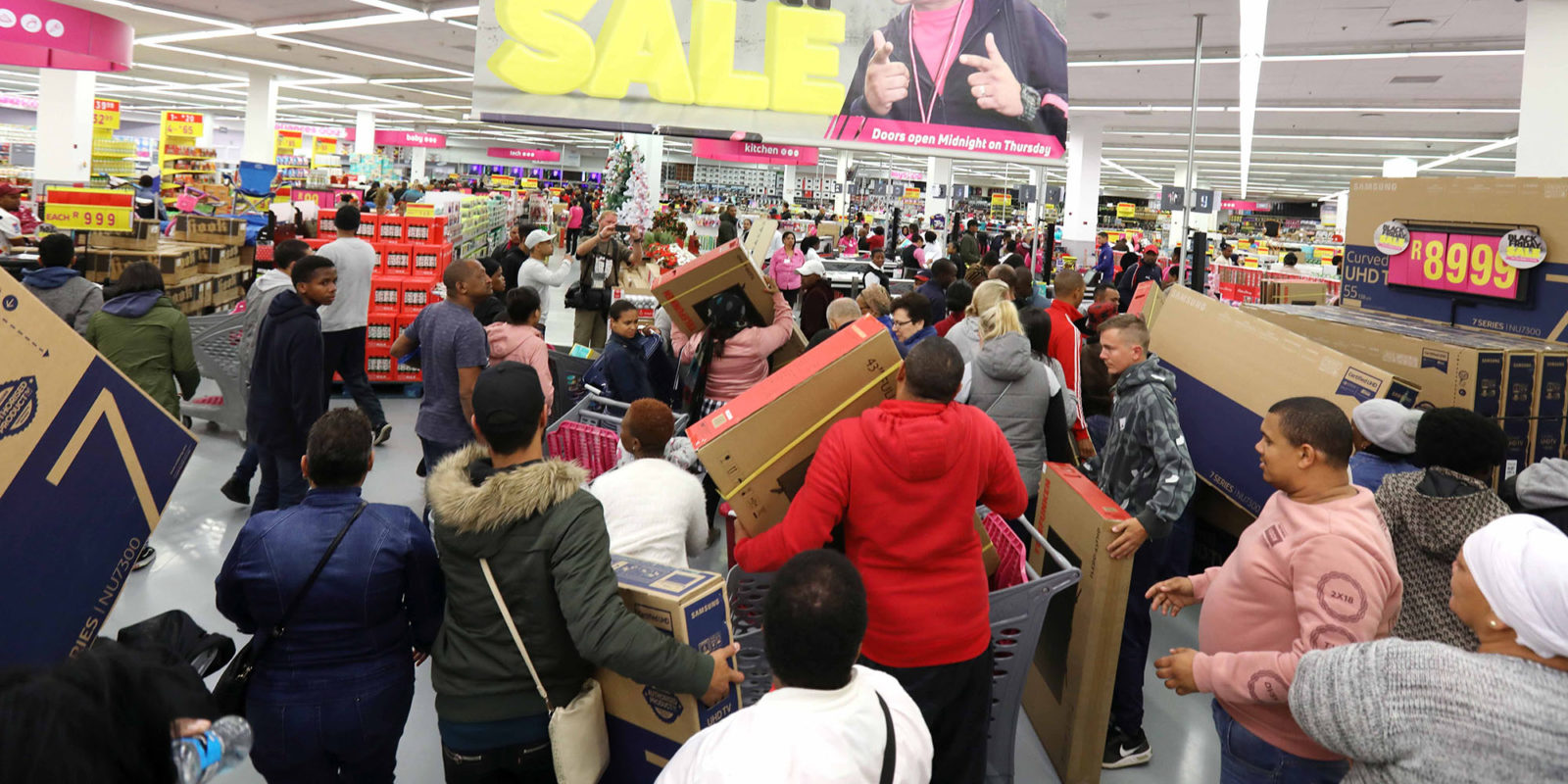 By all accounts, the prospect of trade wars and a slowing global and South African economy haven’t deterred shoppers in the US or South Africa from shopping up a storm on Black Friday. But this enthusiasm for getting the best deal doesn’t reflect underlying lacklustre consumer confidence and retail sales.

If Black Friday were a consumer sentiment indicator it would be completely at odds with what is actually happening in the consumption side of the economy outside this shop-until-you-drop weekend.

From South Africa to the US, initial indications are that sales on Black Friday exceeded last year’s pre-festive season buying frenzy. If so, the term Black Friday, which was originally coined to describe the point at which the retailers would go into the black and turn a profit, may be justified. In reality, however, consumer sentiment and retail sales have been disappointing across the world in the year to date.

China also experienced a bumper Singles Day on 11 November – the Chinese equivalent of Black Friday. In the past few years, sales on Singles Day have vastly outpaced Black Friday sales. This year, $1-billion was racked up in a minute, $13-billion in the first hour and $38.4-billion for the day as a whole. In the US, it is estimated that goods worth $7.4-billion were sold online on Black Friday. Figures for in-store purchases are not yet available but Fiserv, formerly First Data, predicted that bricks and mortar sales would increase 4.2% on the year before.

Whatever the ultimate figure, it is still likely to be dwarfed by the value traded on Singles Day. These unimaginable sales volumes belie China’s underlying economic conditions, with the government doing all it can to sustain growth that is coming in at three-decade lows. Retail sales were below expectations in October, increasing what at face value would seem a relatively robust 7.2%, but not fast enough to signal an improving consumer environment.

In South Africa, a PwC Strategy& research report, published in anticipation of Black Friday and Cyber Monday and titled South African Consumers’ Intentions to Spend, found that consumers planned on spending 36% more this Black Friday versus 2018’s – a significant increase on an already high number. On Black Friday 2018, PWC says South African retail sales increased by almost 2,000% compared to an ordinary shopping day, streets ahead of a 633% global average increase in sales.

How does this buoyant spending tally with a consumer that is not optimistic about the future? FNB senior economist Siphamandla Mkhwanazi says while retail sales haven’t done much this year, South African consumers have become highly price-sensitive and obsessed with discounts or specials.

PwC also commented on how price-sensitive South African consumers have become: “South Africans are the second-most price sensitive society in the world, with three out of four consumers knowing the prices of goods that they regularly buy. The country’s shoppers are among the most active in doing price comparisons.”

Mkhwanazi notes that retail sales have trended lower for the past three months despite an interest rate cut and reduction in the petrol price. He believes the fact that these events haven’t translated into retail sales is probably a reflection of low-income growth and a shift in structural spending patterns.

Consumers may well have been holding off on buying big-ticket items in anticipation of Black Friday, he says, and notes that over the past couple of years the data has shown a shift earlier in the traditional Christmas spending patterns from mid-December onwards to over the Black Friday/Cyber Monday period.

But now that Black Friday is over, where to from here for consumer spending? Mkhwanazi doesn’t see an imminent turnaround in income growth. He notes that private-sector employees are not experiencing growing incomes. Employees in the public sector are experiencing better growth of inflation plus 2% increases, but once the three-year wage agreement comes to an end, public sector wages are unlikely to grow at this pace given the pressure on the fiscus.

Unless the private sector turns a corner before then, consumer spending, which comprises 60% of gross domestic product, will become an even bigger drag on the economy. Mkhwanazi says much hinges on the pledges made at the Presidential Investment Summit coming to fruition and bolstering employment numbers.

In the US, a worrying sign is that in the University of Michigan Consumer Sentiment Survey, which came out last week, the gap between the present conditions and expected conditions indicated that US consumers didn’t believe the current prosperity would last.

Much will depend on whether the US and China manage to achieve a Phase 1 deal that includes the rollback of the next round of tariffs due to be imposed on popular consumer goods, ranging from laptops and cellphones to clothing, shoes and textiles. Should these go ahead, US consumers could well be knocked off their perch as the reality sets in that the shopping world as they know it is likely to become a thing of the past. BM

As long as SOE board chairs are political appointees, they will battle to survive

Climate crisis: A teen and a president face off in Davos — but around them the world is changing