‘It’s hard just to make it another day’: LGBTQ+ refugees struggle to survive in SA 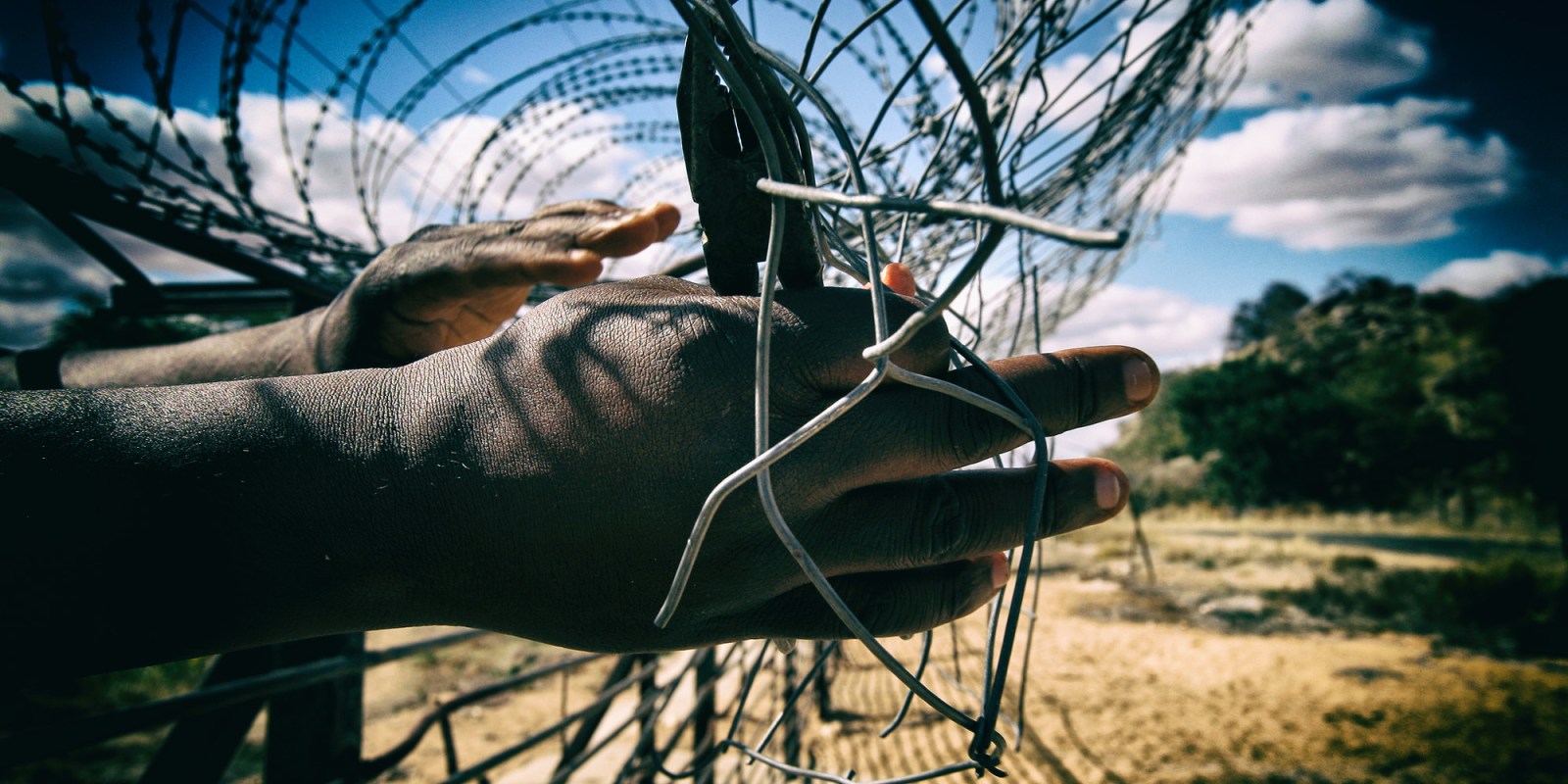 Gay rights are safeguarded by the Constitution. Yet, LGBTQ+ asylum-seekers who seek refuge in South Africa face a potent double challenge: A devastating combination of homophobia and xenophobia.

Tinashe, who asked to be identified by a nickname, grew up in Harare in Zimbabwe, conflicted by what he called “strange feelings.” Avoiding unanswerable questions about girlfriends and romance, he spent hours with female friends, but those relationships never went anywhere. In 2011, when he was 21, he identified as gay.

News spread quickly after Tinashe and his partner were spotted by the man’s mother. A few acquaintances asked him to meet. Then they beat him up, telling him that homosexuality was something demonic, something satanic. “But I am not a Satanist,” Tinashe said, not knowing how to respond.

Tinashe fled Zimbabwe days later, terrified by the prospect of a police investigation, because same-sex relationships in that country are punishable by up to 10 years in prison. He told border guards he was visiting a friend. When he arrived in Johannesburg, he stayed with someone he had met on Facebook, but was unable to get a job because he lacked papers. Since 2015, Tinashe has been staying in Philippi East in Cape Town.

He is still undocumented and survives through sex work. He is HIV- positive.

Tinashe’s story is not unique. South Africa is the only country on the continent that legally recognises same-sex marriage. Homosexual sex is explicitly outlawed in 34 African nations, and “offenders” often face death sentences or life imprisonment. In some parts of the continent, heterosexual allies who aid and abet any form of gender nonconforming or homosexual activity receive prison sentences of up to 10 years. Same-sex sexual activity is legal in 21 countries – 13 of which never criminalised it in the first place.

Yet, South Africa stands out on the continent – the country’s Constitution was the first in the world to prohibit unfair discrimination on the grounds of sexual orientation. But even as it formally recognises the fundamental rights of some of Africa’s most persecuted groups, the nation still holds a complicated relationship with its lesbian, gay, bisexual, trans, and queer (LGBTQ+) community – especially foreign nationals, fleeing persecution in their home countries.

In theory, displaced people who identify as LGBTQ+  should be able to find a safe haven in South Africa. This country has a progressive legal framework to deal with refugees, which gives them access to healthcare and employment and allows them to move freely in the country. The UNHCR once called South Africa’s national refugee legislation “exemplary”.

Yet when they arrive, LGBTQ+ asylum-seekers report facing a potent double challenge: a devastating combination of homophobia and xenophobia.

The problems begin at the border, where officials who work with and process asylum-seekers can reportedly be blatantly homophobic. “They ask you to prove that you’re gay,” claimed Ethan Chigwada, a Zimbabwean refugee. “How can you prove that you’re gay? I asked the official if he wanted me to kiss a man, and he just laughed.”

Lawyers for Human Rights (LHR) has received a number of complaints from LGBTQ+ refugees, incensed by the treatment they received at the reception offices.

“We are just seeing incredibly high levels of discrimination, both with officials and with decisions,” said LHR attorney Jessica Lawrence. “Officials show a clear bias against applicants.”

According to Lawrence, refugees who identify as transgender were allegedly paraded around and purposefully humiliated at times. When LHR brought up its concerns with the Department of Home Affairs, the DHA told them that many of its employees were simply “old-school.”

According to a study conducted by the Legal Resources Centre, many asylum-seekers are turned away because the officers who receive them erroneously believe the countries they come from have not criminalised homosexuality, or fail to enforce anti-homosexual policies. Officers polled in the study repeatedly claimed that Zimbabwe, where Tinashe was ostracised and attacked, does not criminalise same-sex relationships (it does). The problem isn’t limited solely to LGBTQ+ refugees. Amnesty International recently reported that 96% of all asylum seekers in South Africa who take the legal route are rejected. As a result, many choose to circumvent the process entirely and enter the country illegally. Ethan and Tinashe both took that path.

For Ethan, who fled Zimbabwe after repeated sexual assaults from his uncle, Park Station in Johannesburg provided a makeshift home for “quite some time.” Eventually, he was taken in by a stranger, who forced him to cook and clean and forbade him from looking for a job.

“He never allowed me to go out of the place,” Ethan said. “I had a roof over my head, but I still wasn’t safe. He could do anything he wanted, and even brought people home to sleep with in front of me.” After surviving two suicide attempts, Ethan ran from the house and took a train to Cape Town, alone and paperless.

Without identification, it can be nearly impossible for asylum seekers to find employment. Faced with increasing hunger and diminishing prospects, Tinashe and Ethan both resorted to sex work. “You even do it for R20, because you need to buy bread,” Ethan explained. Financial desperation made it difficult to reject customers – even if they refused to wear a condom. Within months of taking up sex work, Tinashe tested HIV positive.

Many refugees find some solace in expatriate groups, which provide a kind of home away from home. Yet some turn hostile when they discover their LGBTQ+ compatriots’ secrets.

Ayaan, a transgender Somali refugee who wished to be referred to by her first name, enjoyed a close relationship with her community – until they discovered her secret. They didn’t ask her about her story or try to understand why their loved one had chosen to live the way she did. Instead, they beat her and evicted her.

According to Victor Chikalogwe, a Malawian refugee and the director of PASSOP, a rights organisation that focuses particularly on refugees, “The most important social network is the LGBTQ+ community itself and organisations in support of it.”

It’s not just foreign nationals who have a problem with homophobia. A 2017 study found that four out of 10 LGBTQ+ South Africans knew of someone who had been murdered for their sexual identity or gender orientation. Many lesbians live under the threat of “corrective rape,” a hate crime intended to “cure” them.

Homophobia proliferates at the institutional level, as well. In 2016, the Department of Home Affairs released statistics showing that less than a third of Home Affairs officials were willing to marry same-sex couples. Moreover, these officials were spread across only 117 of the Department’s 409 offices, leaving gay marriage inaccessible throughout vast swathes of the country.

Some African leaders claim homosexuality and gender nonconformity are Western imports. But in reality, nothing could be further from the truth. Two thousand years ago, San artists painted depictions of sex between two men on the walls of ancient caves. Malagasy berdaches practised cross-dressing and characteristically feminine acts like weaving. In the royal courts of the 18th century Asante Kingdom, located in modern-day Ghana, male slaves were concubines. Among the Meru and Kikuyu people of Kenya, male priests often dressed as women, and many took husbands.

Despite the multitudes of painful stories, the future looks promising. As of the date of publishing, there are cases pending in courts across Kenya, Malawi, Namibia, Nigeria, Uganda, and Zimbabwe. Each challenges various legal restrictions imposed on homosexual sex acts, gender recognition, free expression of sexual orientation, and more. Gay rights activists recently scored a victory in the Botswana high court, which decriminalised homosexual sex, reasoning that anti-gay legal provisions were discriminatory “because they take away the only means of sexual expression of the applicant.”

For Tinashe, the future looks uncertain. “I don’t feel safe at all,” he said, “because sometimes you meet people who are crooks.” He was raped last November while working as a sex worker and has been threatened dozens of times. He dreams of living somewhere safer, but leaving the sex worker industry would require documents, and because the Cape Town refugee reception office is closed to new applicants, Tinashe would have to travel to Pretoria to obtain them. For now, he stays with a friend, the man who originally introduced him to sex work. There is one bright spot, though: Tinashe is on anti-retroviral medications, made available at a local clinic.

If he could get out of sex work, what sort of work would he do? “Actually, the dream job I have is to be a psychologist,” Tinashe said. “I’m always ready to listen to people despite what I’m going through, and I believe helping someone emotionally is also a process for myself, for self-healing.” After years of institutional and interpersonal violence, Tinashe admits he has a lot of healing to do.

With the help of PASSOP, Ethan managed to secure identification, and he now works there as a community organiser. “I see many reasons to wake up each and every day,” he said, smiling. “If I managed to go through all of that, nothing else could take me down.” He stays in Philippi and looks the part of a distinguished leader, dressed stylishly in skinny slacks and loafers. He enjoys his new job, and the freedom and dignity it gives him.

When probed about the future of LGBTQ+ refugees in South Africa, Ethan thought for a second. “We have run away,” he mused, blinking with concentration, “but now, I think we’re here to stay.” DM