Hope springs eternal with a master plan for water security 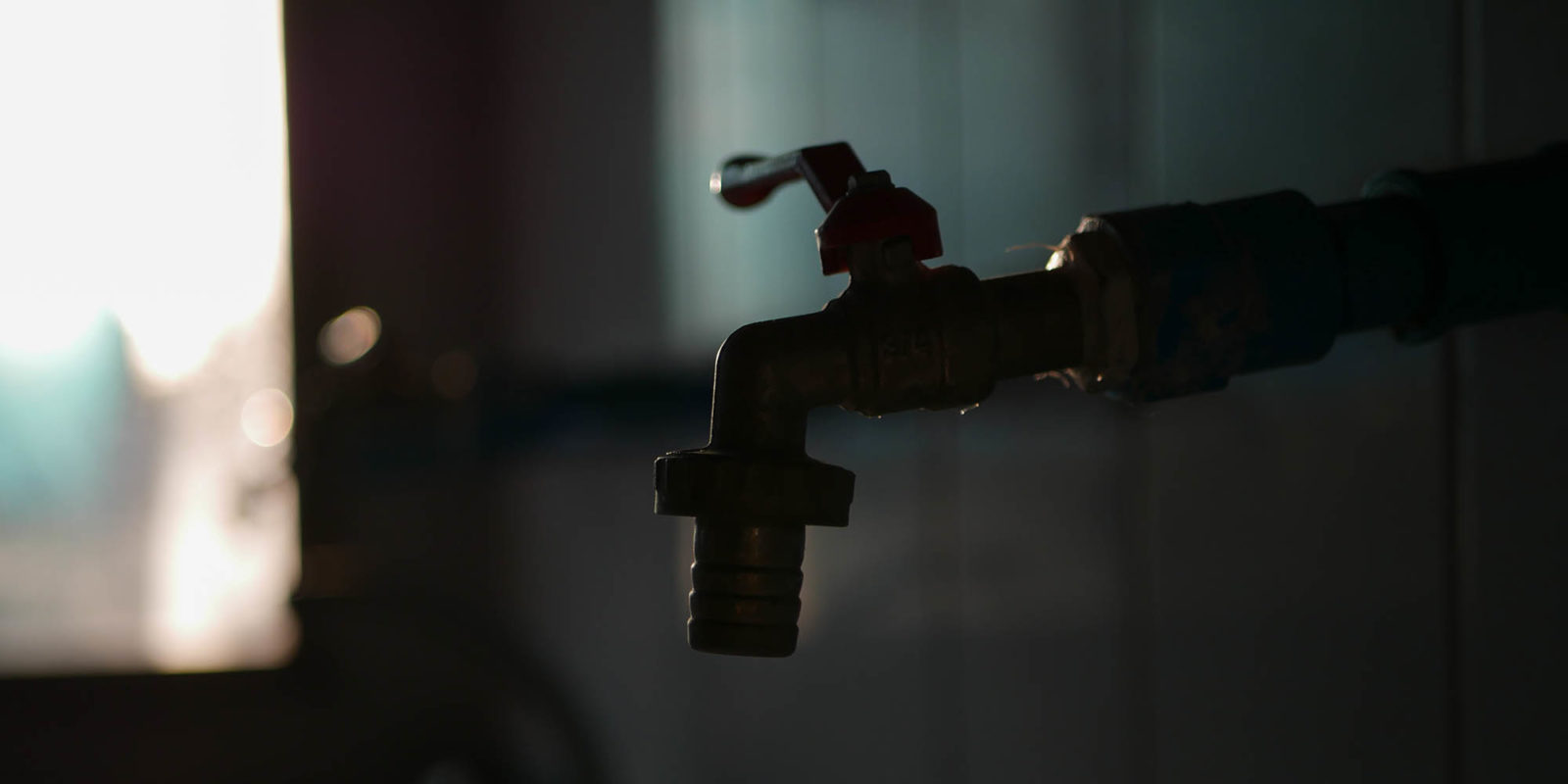 A National Water and Sanitation Master Plan was launched to a full house in Pretoria on 28 November 2019. What are the implications?

On a day when many South Africans were struggling under the crises of state-owned enterprise disasters, you might be forgiven for being sceptical about two government ministers promising proactivity and a better tomorrow. But the master plan for a water-secure sector is an extremely important and welcome plan, even if only a “plan to get ready”.

We are good at plans. We like them and they make us feel safe. In the World Cup of Maak ’n Plan, we are always strong contenders for the final, but in the provincial kick-off for “actual implementation”, in most parts of the country, we generally don’t make it through the qualifying stages, so to speak. 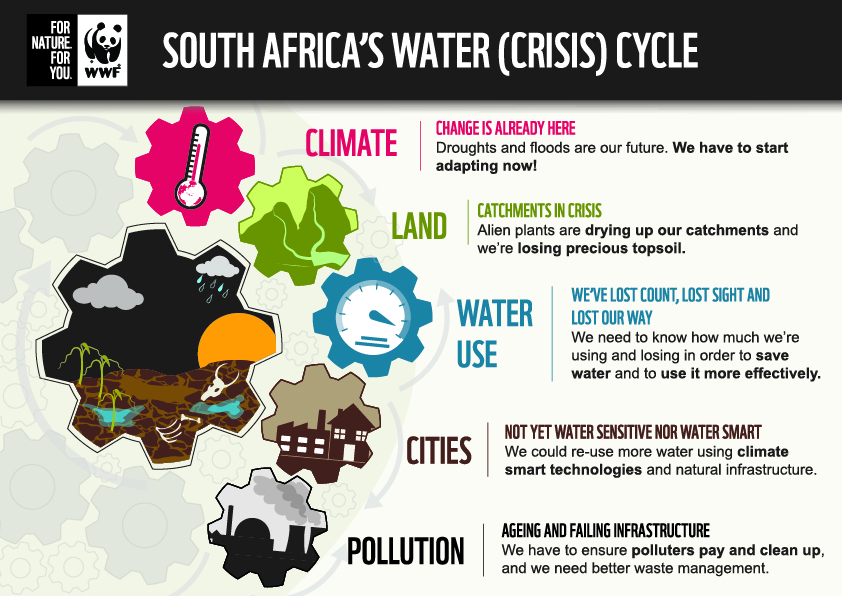 Encouragingly, the master plan does not duck the harsh reality of our current water crisis or the multiple challenges ahead.

Presented by Ministers Lindiwe Sisulu and Patricia de Lille, the report begins by acknowledging the three million South Africans still without basic drinking water, 14-million without decent sanitation, half of our sewage plants in a poor or critical condition, half of our wetlands destroyed, local government failing in water management and the Department of Water and Sanitation essentially being bankrupt.

Some of these stats are already out of date, making day-to-day water management, let alone forward planning, a guessing game. But the plan is honest about this too, proposing a National Water Observatory to address this and being explicit about the need for partnerships with universities and the broader research community.

The plan itself was the product of a collaborative effort and contains important innovations in perspective and action. These include the need to work with nature and pay greater attention to catchments in order to provide water security. This is a significant and welcome departure from the perspective that more dams and water transfer schemes could guarantee water indefinitely. Exactly what it means for the coal mines in South Africa’s Water Source Areas that pollute our rivers and destroy water catchments will be one of the tests — the “acid test”, if you like — of this plan.

Partnerships will be essential. While water is a national asset in South Africa, and it is incumbent on the government to take the lead, ensuring water security is not something that government can do on its own. Drawing on South Africa’s world-class water experts will have to extend beyond the release of this plan and into implementation.

Sisulu talked about the uMzimvubu dam in the Eastern Cape, proposed in the 1950s in an age when few people had a fixed-line phone in their home, let alone in their pocket. The needs and technologies have changed so much since that plan was conceived, it is now highly improbable that a dam will provide the most cost-effective solution today. People in this area need water, not dams. They need supplies that will survive the volatility of our future climate.

Even in the deep rural areas of the Eastern Cape, there are “green shoots”. We attended the National Ecological Infrastructure Indaba in Matatiele a month ago, with scientists, NGOs and local chiefs, and saw how communities there are doing their own catchment management and building protection for perennial springs. These springs are still delivering clean water at the end of a long, dry season, and are maintained by households a short walk away. This is in stark contrast to the boreholes drilled by the government with little involvement from the local community. The boreholes are there, but there is no diesel for the pumps, which stand dry.

The “Brown Revolution” is at hand and involves an end to the flush toilets drawing on litres of pristine and scarce drinking water. The technology to achieve this is available, but now demands system changes and a shift in public perception.

As a call to action, the master plan’s ambition might be its greatest weakness, but unlike South Africa’s recent Integrated Resource Plan for energy, it does at least align with international calls for rapid transformational change.

More ambition and new approaches are required to avoid widespread damage in the face of a changing climate and degrading ecosystems. Importantly, the plan is multi-faceted in its ambition. This is not the time to kick the proverbial water can down the road, or to just pick one or two of the components. Water security cannot be ensured by any one of these priorities on its own. As outlined in the plan, South Africa needs to invest and act on multiple fronts to secure its water and secure livelihoods and jobs.

South Africa has over three million highly water-dependent jobs, according to a 2018 TIPS/ WWF-SA report. The first priority is to protect these, but protecting the status quo will not be enough.

The master plan’s recognition of the need for catchment stewardship and the clearing of alien invasive plants is not just a cost-effective means of enhancing water security and good for indigenous vegetation, but offers the chance to create the type of work that unemployed people in South Africa can do – relatively low-skilled, local but something that fosters a sense of place and generates public good.

As the custodian of both the country’s water and the national fiscus, this is the type of need that public investment and bail-outs should be targeting. Where it does, it will give meaning to South Africa’s emerging green economy and secure the country a place in this $4-trillion per annum global sector.

Knowing that the sector has the will, the technology and the scattered skills to make this plan work – hope springs eternal. But patience is running out; wait or continue at this pace at your peril. We literally do not have a single day to waste. DM

Christine Colvin is the Senior Manager: Freshwater Programmes with WWF South Africa. Anton Cartwright is a researcher at the African Centre for Cities and an IPCC Lead Author.

Hope springs eternal with a master plan for water security