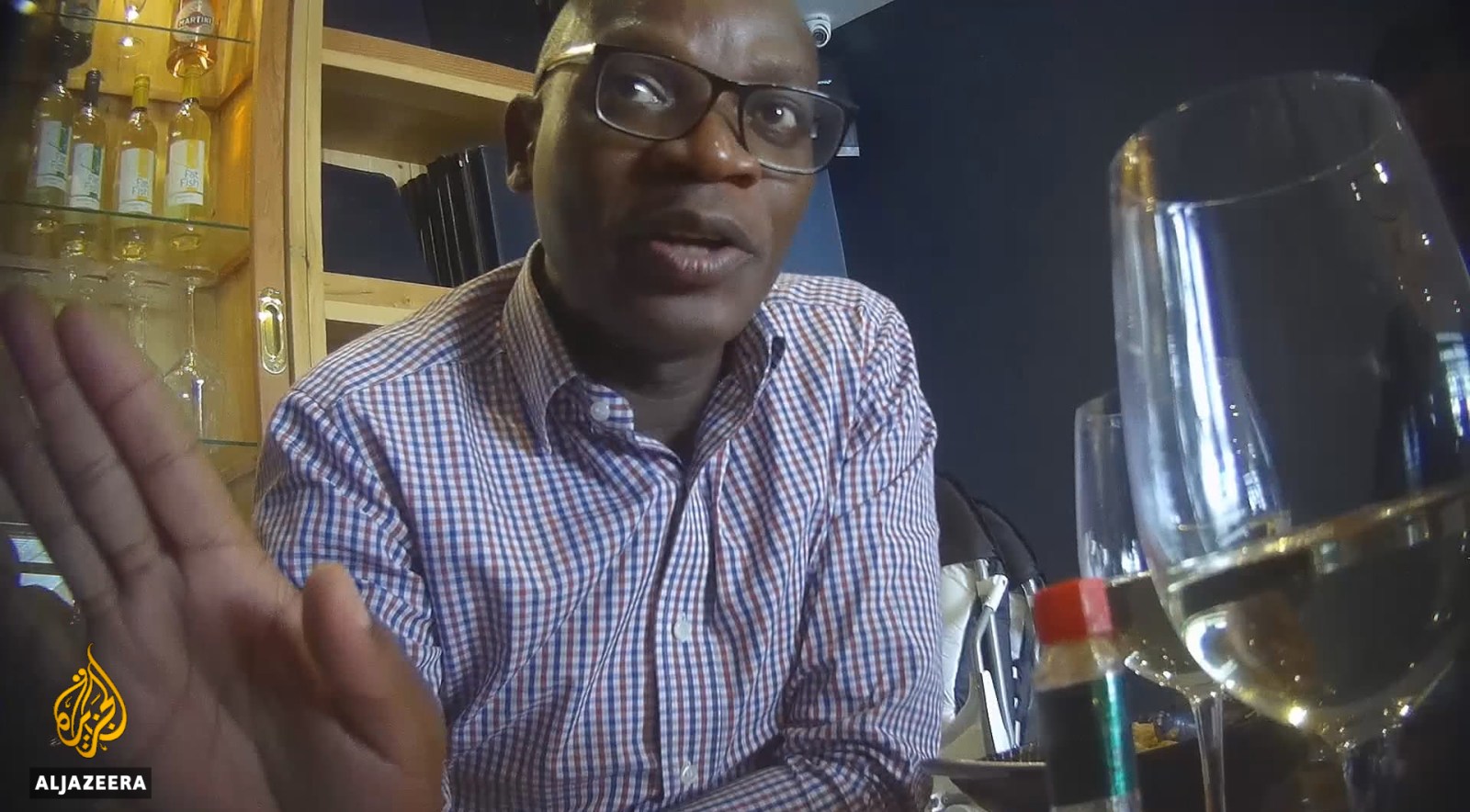 One of Iceland’s largest fishing conglomerates is also allegedly involved in the scandal and the affair has sparked outrage in both Namibia and Iceland, where voters are increasingly concerned at the levels of corruption among their country’s business and political elites.

In an explosive hour-long film released on Sunday, Al Jazeera’s Investigative Unit broadcast a detailed film on corruption that implicates figures close to the Namibian president.

Esau is filmed accepting an iPhone from undercover reporters. The minister is also shown requesting a donation of $200,000 from the Chinese “investors” for the ruling Swapo party, ahead of the country’s general election which took place on Wednesday 26 November.

Under the instructions of Sacky Kadhila-Amoomo, the managing director of Omualu, the donation was to be laundered to the Swapo party, under the guise of a foreign investment in real estate.

The donation was to be channelled through the trust account of Namandje, the personal lawyer of all Namibian presidents since independence, as well as the returning officer of Swapo for internal elections.

When asked to confirm if Namandje was happy with his trust account being used to launder funds to Swapo’s election campaign, he told the undercover reporters: “You guys must be careful speaking to people about paying the minister. If you speak to a number of people about that, you will end up…” (Makes handcuff gesture.)

Namandje refused to discuss the origin or the destination of the money passing through his trust account.

As Al Jazeera’s undercover reporters negotiated a partnership with Omualu, they were asked to make a $500,000 payment and give a 20% share of the joint-venture to Mike Nghipunya, the CEO of the state-run fishing company Fishcor, in exchange for Fishcor providing preferential access to its fishing quotas, allocated by the minister of fisheries. As a public official, it would be illegal for Nghipunya to use his official position for personal gain.

The Al Jazeera investigation is based on documents leaked by Johannes Stefansson, a former employee of the Icelandic fishing conglomerate Samherji, to the whistle-blowing group WikiLeaks. Al Jazeera’s Investigative Unit conducted a joint investigation with Icelandic State Television RÚV and Icelandic magazine Stundin.

The so-called Fishrot Files, published two weeks ago by WikiLeaks, comprised of emails, memos, PowerPoint presentations, company financial records, photos and videos, show how Samherji, one of Iceland’s largest fishing companies, colluded with senior political and business figures in Namibia, including Esau, and the former minister of justice, Sacky Shanghala, to gain preferential access to the country’s lucrative fishing grounds.

Documents obtained by Al Jazeera show that, from 2012 to the present day, Samherji made payments over $10-million to Esau, as well as to companies owned by Shanghala, the son-in-law of the Minister of Fisheries, Tamson Hatuikulipi, and to his cousin, James Hatuikulipi, the chairman of Fishcor.

Shortly after Al Jazeera contacted the Namibian government for comment both the Minister of Justice, Sacky Shanghala and the Minister of Fisheries, Bernhard Esau, resigned from their Cabinet positions. James Hatuikulipi resigned from his position as chairman of Fishcor, whilst Þorsteinn Már Baldvinsson “stepped aside” as CEO of Samherji pending an internal investigation in the company. Baldvinsson has also resigned from the boards of several international fishing companies owned by Samherji.

On the day of Namibia’s general election on Wednesday, Esau, Shanghala, as well as James Hatuikulipi and his cousin Tamson Hatuikulipi were all arrested. Their bail hearing is expected to take place today (Friday 29 November).

The Fishrot affair has sparked outrage in both Namibia and Iceland, where voters are increasingly concerned at the levels of corruption among their country’s business and political elites.

Thousands of people assembled in the main square in front of Iceland’s parliament last weekend in protest against corruption, calling for the resignation of the country’s Minister of Fisheries, Kristján Þór Júlíusson, who used to be on the board of Samherji, and has been a close friend with the disgraced former CEO Baldvinsson. Speaking in parliament, the MP for the Icelandic Pirate Party, Halldóra Mogensen said that “the myth of Iceland’s innocence is dead.”

All of the parties implicated in the fraud in Al Jazeera’s film deny any wrongdoing. In a press statement, Samherji claims it has “nothing to hide” from any investigation. DM