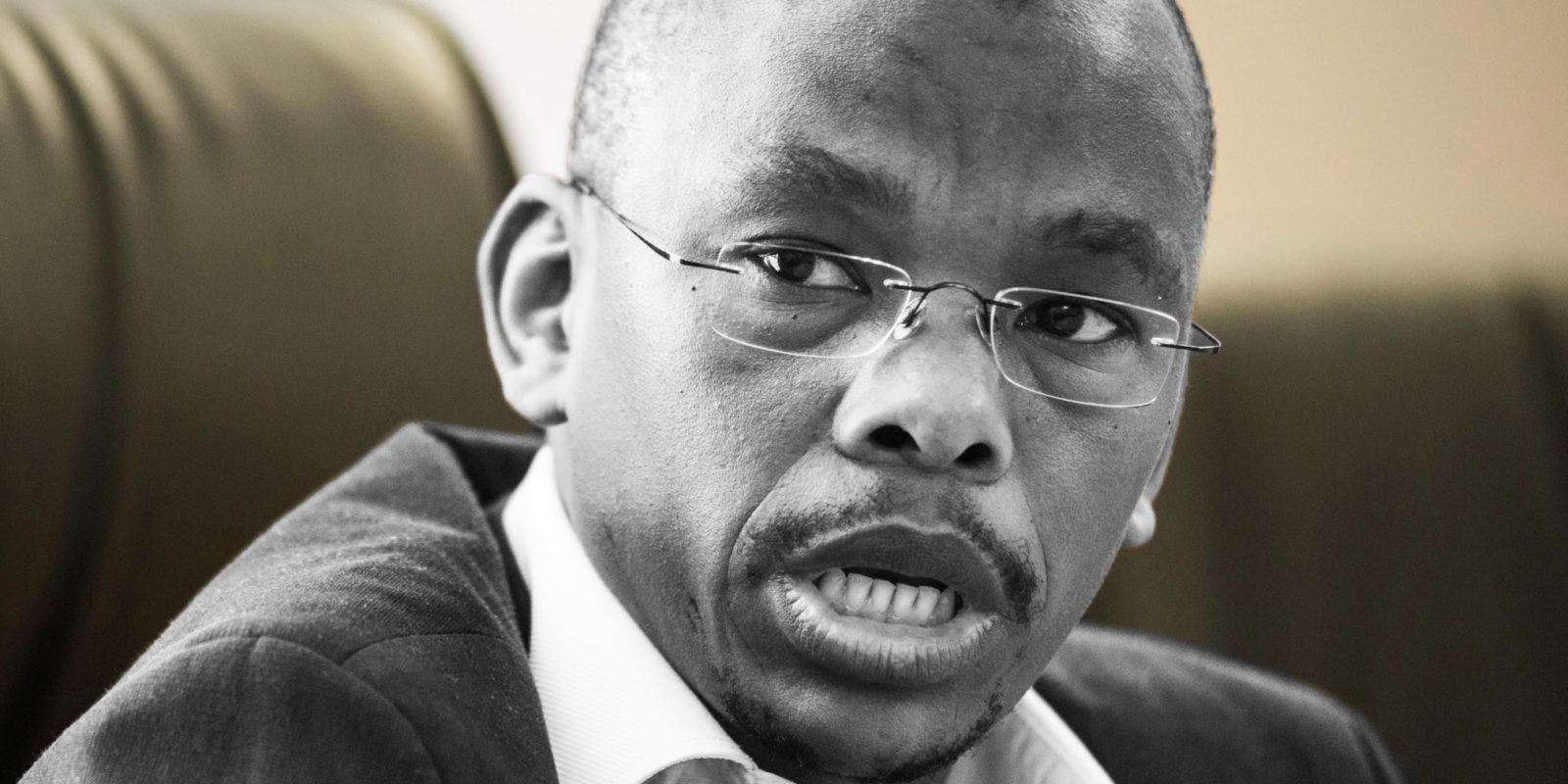 A Competition Commission official told Business Maverick that the watchdog is expecting legal action from Vodacom and MTN on its findings. ‘We are prepared to fight them and defend our findings vigorously,’ the official said. Meanwhile, the share prices MTN and Vodacom got thumped, slicing R22-billion off their market caps.

Vodacom’s pricing model of mobile data for its 43 million customers in SA has received a drubbing from the Competition Commission, confirming what many people have always suspected.

In its final data services market inquiry report released on Monday 2 December 2019, the competition watchdog found that Vodacom’s profits are not a function of its agility or innovation in the telecommunications industry but “excessive pricing” on mobile data products, mainly prepaid.

According to the commission, Vodacom has “substantial market power” that allows it to charge customers high mark-ups on mobile data prices of between 20% and 25% on average over the past six-years.

“This level of mark-ups is sufficiently high to establish a prima facie case of excessive pricing by Vodacom,” the commission said in its final report, adding that current prices exclude many poor people at a time when SA is on the cusp of the Fourth Industrial Revolution.

But the commission was reluctant to rule on whether Vodacom is engaging in anti-competitive behaviour under the Competition Act, which would pave the way for the watchdog to impose penalties such as monetary fines on the mobile operator or potential imprisonment of its directors.

Instead, competition commissioner Tembinkosi Bonakele wants to have “cordial engagements” with Vodacom over the next two months on a “substantial and immediate reduction” in monthly prepaid data bundles. This also applies to Vodacom’s rival, MTN. The commission’s evidence suggests that Vodacom and MTN can reduce prices by 30% to 50%.

Preparing for a fight

Judging from the number of lawyers (some representing telecommunications companies) attending the commission’s briefing on the final report, there will be intense horse-trading between the watchdog and companies on data price reductions in the next two months.

A commission official told Business Maverick that the watchdog is expecting legal action from Vodacom and MTN on its findings. “We are prepared to fight them and defend our findings vigorously,” the official said.

Arguably, it’s unusual for the commission to threaten legal action or overtly suggest imposing penalties as it usually prefers to negotiate or even consider drafting regulations to curb excessive pricing or exclusionary conduct.

Asked if the commission is taking an adversarial or combative approach towards the big two telecommunications firms, Bonakele said this is not the case but added:

“There are a lot of expectations from the South African public and there must be decisive action on data prices. There is some urgency and we need to move with speed. There will be hefty penalties for companies that don’t wish to cooperate.”

Although Vodacom and MTN were early pioneers in the telecommunications industry because they were founded in 1994 and own a combined 70% market share of SA’s mobile data revenue, the competition watchdog made less adverse findings on the latter company.

It said MTN has low-profit margins compared to Vodacom as it pushed lower but positive mark-ups on mobile data costs. Underscoring Vodacom’s profits that are generated from “excessive pricing”, the commission examined the company’s financial results for the year to March 2019.

The commission found that Vodacom’s South African operations have “consistently seen materially higher” earnings before interest, taxes, depreciation and amortisation (Ebitda) margins – a key metric for measuring a company’s operating profit as a percentage of its revenue – of 38.9%. This Ebitda margin was higher than its international markets (including Democratic Republic of Congo, Lesotho, Egypt, Zambia, and Mozambique) of 31.3% – inferring that the data pricing model in its home market is higher and boosts its profits.

Although the financial years are not comparable, the commission said MTN’s Ebitda margin generated from its SA operations was 35.1% during its 2018 financial year.

Vodacom is already using a discussion document by the Independent Communications Authority of SA (Icasa) on the market inquiry into mobile broadband services in SA, which was published on Friday 29 November, to defend itself against the Competition Commission’s findings.

A Vodacom spokesperson said the Icasa discussion document holds a different view on data pricing in SA to the commission, as the former said, “SA’s data prices are neither extremely high nor very low in relation to other African countries or compared to countries which are more similar to SA in terms of their size and level of development.”

Meanwhile, the commission said data prices of Vodacom and MTN in SA are more expensive than other African countries such as Ghana and Zambia.

“Vodacom has reduced the effective price of data by circa 50% since March 2016.

“With regard to the Competition Commission report, we will engage with the commissioner on the matters that arose in the report and will comment further in due course.” BM

Article amended to remove a comparison between the margin increase and inflation. Apologies.