Blitzboks ready for Dubai, but all eyes on Tokyo 2020 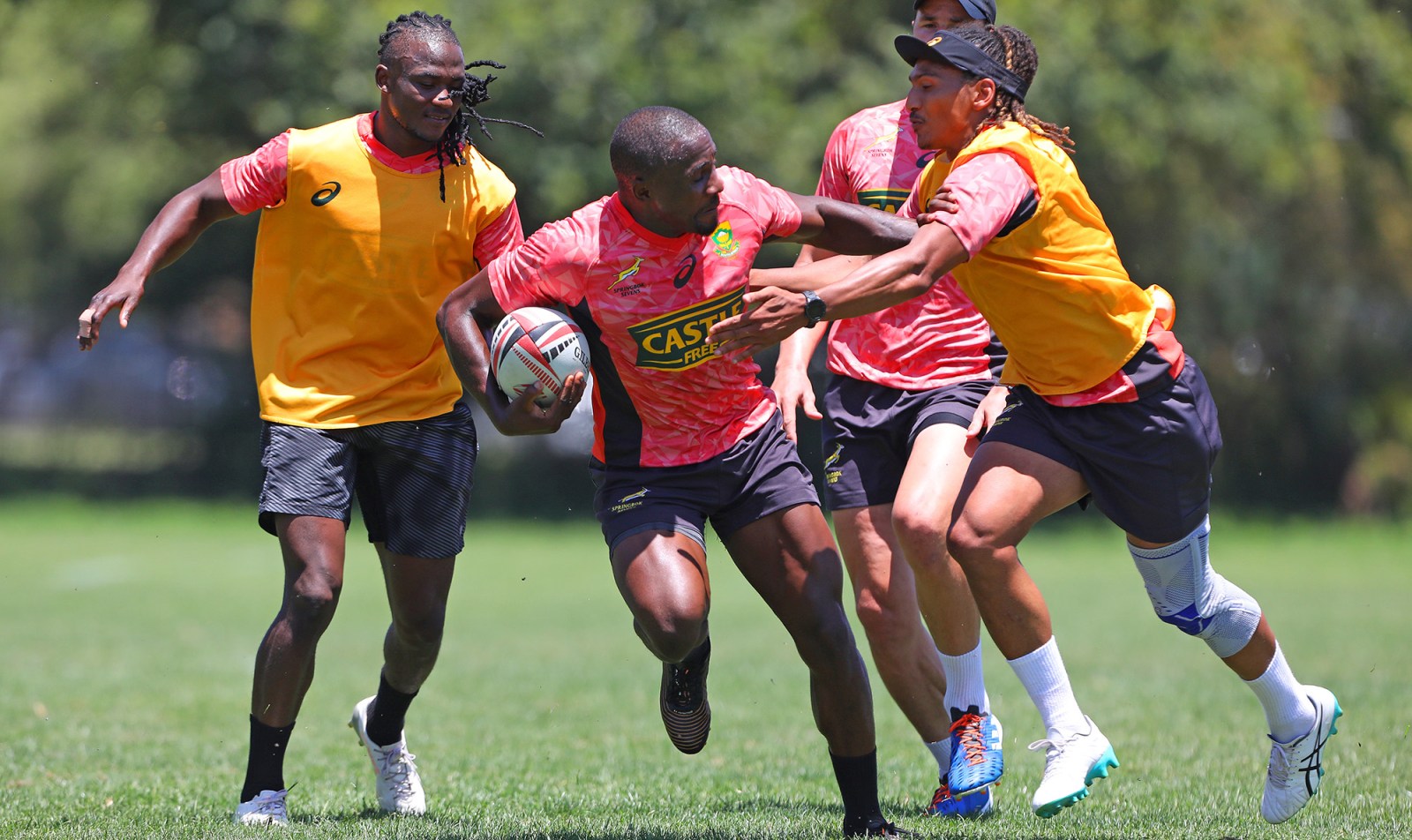 The Blitzboks are straining to get back on the field as the biggest season in every four-year cycle in Sevens rugby comes into focus with the first leg of the World Series starting in Dubai on Friday.

The World Sevens Series, though, is not the main prize in 2020. The target all the best teams are eying is winning the gold medal at the Tokyo Summer Olympics next August. It will be the second staging of Sevens at the Olympics following its successful inaugural competition in Rio in 2016.

On that occasion, Fiji won gold, and their country’s first Olympic medal, while South Africa had to settle for bronze after losing to Great Britain in the semi-finals.

It was an outcome that still hurts all the players who were in Rio and something they desperately want to rectify in Tokyo.

But Tokyo, a city that already has positive rugby connotations for South Africa following the Springboks’ emotional and historic victory at Rugby World Cup 2019, is a long way off.

The path to achieving Olympic glory is the main target this season. Reaching it requires the Blitzboks systematically working towards Tokyo by meeting their own objectives throughout the World Series.

There are 10 tournaments, starting in Dubai this week, where coach Neil Powell will have the opportunity to shape his final Olympic squad and hone the team’s tactics. After winning back-to-back World Series titles in 2017 and 2018, Powell started tinkering in 2019.

He used last season’s campaign to build depth, much like Rassie Erasmus used his 2018 season to create depth and experience for an assault on RWC 2019. And we all know how well that ended.

Powell had to do it while ensuring that the Blitzboks stayed in the top four of the World Series to secure automatic Olympic qualification, which they did.

A glimpse of just how effective Powell’s strategy has been is provided by a glance at the South African Academy team — effectively the players that didn’t make the final cut for the main event in Dubai this week — to understand just how much depth there is in the Sevens programme.

Stedman Gans, Werner Kok (a former Sevens World Player of the Year), Cecil Afrika and Branco du Preez are in the Academy squad for the secondary tournament in Dubai this weekend. They would walk into most Sevens teams in the world. But this weekend they were deemed surplus to requirements.

That quartet is among nine players in the current Academy squad who represented the Blitzboks last season and there are three new caps in Malcolm Jaer, Hacjivah Dayimani and Darren Adonis.

“Everybody knows the bigger picture and where you fit into the season’s planning, so there are no bad feelings for not making the Blitzboks team for the first tournament,” said Gans.

“The coaching staff explained their plans, and everyone will get a chance with everybody, in the end, hoping to make the team that will go to the Olympics next year.

“We have a very strong squad, but that potential and ability must still meet the desire when we go out there if we want to do well. All of us are very excited, and we can’t wait to go and play.”

The decision to leave Afrika, Kok and Du Preez out of the Blitzbok squad for Dubai was not because of future Super Rugby commitments for other players, according to Powell.

Star wing Seabelo Senatla, South Africa’s all-time World Series leading try-scorer with 224 in 203 matches, will return to the Stormers in the new year. That is also the case for Dylan Sage (Bulls), Ruhan Nel (Stormers) and Rosko Specman (Bulls).

They are all available for Olympic selection in 2020, but this week in Dubai and next week in Cape Town will be their only chance to impress Powell in the next eight months. They all have superb sevens pedigree, but they know that by missing eight of the 10 World Series events leading up to Tokyo 2020, they are at a disadvantage.

“Everyone in the squad will get the opportunity in the series, and what they do with that will be crucial for them,” Powell said. “These four players will move on to fifteens after the first two legs, but that was not why they were included. They showed the desire and form to be here and that made selecting them easy.”

Senatla’s return is highly anticipated, but the flyer is determined to forge a fifteens career, which has yet to fully take off despite four years of dabbling in both codes.

Speaking on the Maverick Sports podcast (due out later this week), Senatla said he had shed three kilograms, which made him feel lighter and more agile. He also confirmed that unlike previous years when he returned to fifteens, he was not going to bulk up by several kilograms, which is good news for Powell.

Given the tight time frames between Super Rugby commitments and the Blitzboks’ final Olympic preparations next July, there will be almost no time for Senatla to shed muscle mass, assuming he is fit and in form by then. It’s imperative for both Senatla and the Blitzboks that he stays in Sevens trim while playing fifteens.

The Blitzboks’ World Series campaign has been planned with Tokyo as the main goal this season. Traditionally players and coaches never talk about the distant future, preferring to reference “processes” rather than “outcomes”. But already there has been a notable change in language indicating that Tokyo is the priority and they’re not afraid to say so.

Siviwe Soyizwapi will lead the Blitzboks this season, having fulfilled the role in the latter stages of last season. Senatla, Sage and Nel return to the World Series after a year’s absence. They will join second-year Blitzboks in JC Pretorius and Kurt-Lee Arendse, who will take the field in Blitzbok colours for the first time in Dubai, having played for the SA Rugby Sevens Academy in last year’s tournament.

Ryan Oosthuizen, Chris Dry, Zain Davids, Selvyn Davids and Justin Geduld will again form the core of the team, with the latter nearing the 1,000 points mark in the World Series.

South Africa face England, Spain and Kenya in Pool D of the tournament, while World Rugby Sevens Series champions Fiji will face France, Argentina and Japan in pool A. In pool B, USA, Australia, Scotland and newcomers Ireland will battle it out. New Zealand, Samoa, Canada and Wales are in pool C. DM