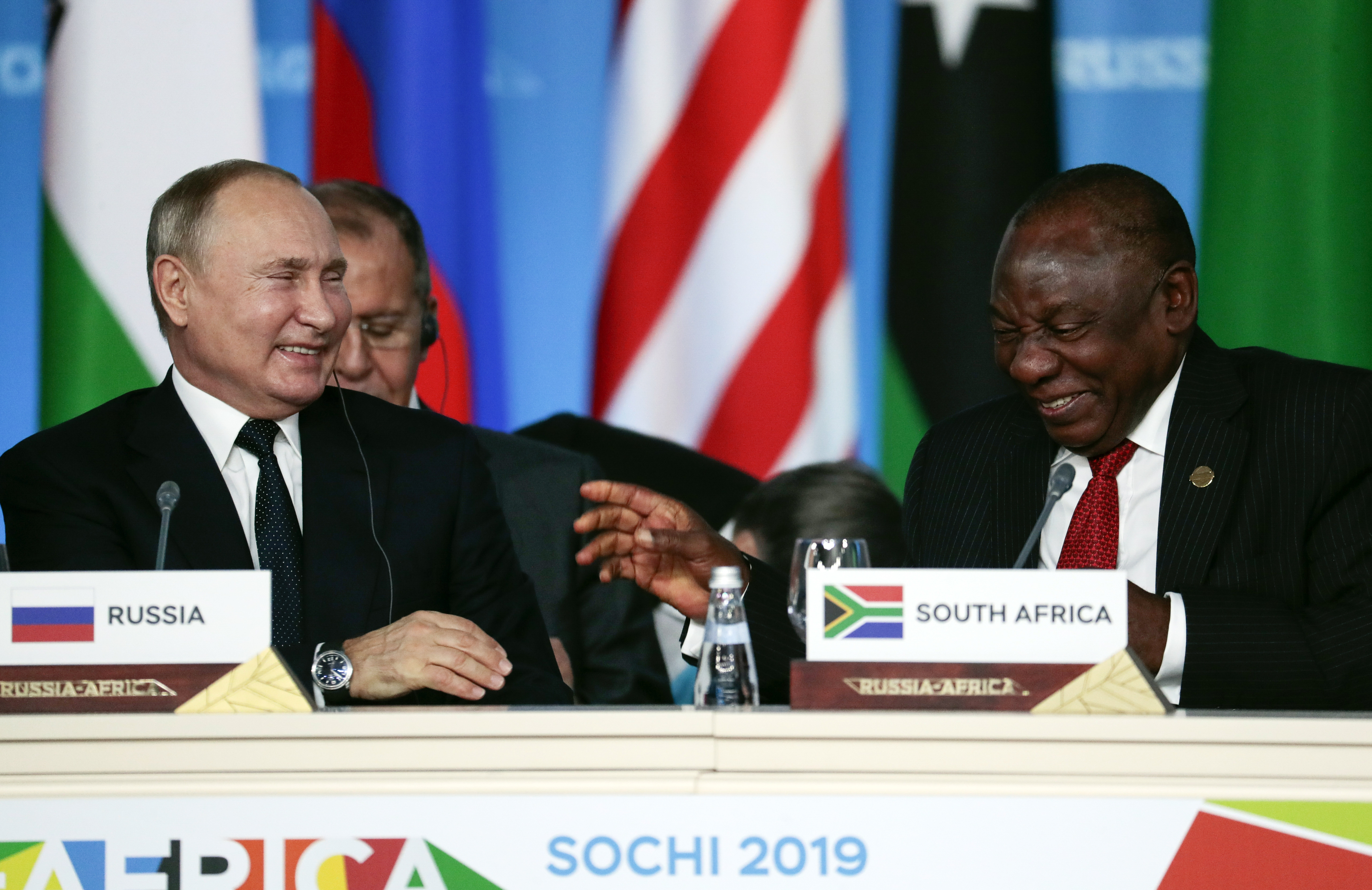 Are the latest military exercises an early sign of a shift away from Nato and the West?

This week’s unprecedented joint trilateral sea exercise of the South African, Russian and Chinese navies has raised some eyebrows in Western embassies in Pretoria and defence think tanks back in their capitals.

They are asking if Exercise Mosi is a signal that Pretoria is switching its military allegiance from the West to the two nations the United States (US) regards as its greatest security threats. And could this be regarded as a ‘BRICS-lite’ military drill involving three of the five BRICS members (the other two being India and Brazil). In other spheres, BRICS often regards itself as being a counter to the West.

Exercise Mosi comes barely a month after another show of Russian military force in South Africa – the landing at Waterkloof Air Force Base of two Russian supersonic Tupolev Tu-160 Blackjack bombers, capable of carrying nuclear weapons. Escorted in by South African fighter jets, this marked the first touchdown in Africa of the Russian aircraft.

Why the sudden burst of military activity, particularly with Russia? The Blackjack bombers landed just as President Cyril Ramaphosa was taking off to attend the first Russia-Africa summit in Sochi, where defence and security cooperation were on the agenda.

Ramaphosa denied the two events had deliberately occurred simultaneously to send a message about South Africa-Russian military relations. Military experts confirm the visit was planned long ago. Nevertheless it’s difficult to accept that all this military activity is not meant to be sending a message to someone.

Russian military expert Captain Vasily Dandykin has presented the joint naval exercise as a sort of proto-BRICS manoeuvre. He noted that at the recent BRICS summit Russian President Vladimir Putin called for greater integration among BRICS countries in the military sphere (currently non-existent) and not only in economics and politics.

Dandykin suggested the cooperation was significant because of growing Russian and Chinese interest in Africa. There was also “an element of diplomacy, a flag demonstration. Having sent Russian ships to South Africa, Defence Minister Sergey Shoygu, as it were, demonstrated to the United States that the Russian fleet could act together with the Chinese anywhere in the world,” he said.

He was sure Western governments would take note of this. Indeed it seems they have and some Western analysts are warning of a switch in allegiance by South Africa from the West to the East.

That seems a bit of a stretch, at least in the short term. One former admiral points out that a full BRICS military exercise is unlikely because of the distrust between China and India, who still have border disputes to resolve. He also suggests Brazil could have been absent from this exercise because its current right-wing President Jair Bolsonaro wouldn’t have wanted to do anything to offend his friend US President Donald Trump.

Darren Olivier, a director of South Africa’s African Defence Review, cautions against over-interpreting recent events as indicating an ideological or strategic shift of Pretoria away from its predominant military partnerships with North Atlantic Treaty Organisation (Nato) countries towards Russia – Nato’s arch-rival – and China.

He says, for instance, that the doctrine and logistics, not to mention equipment, of South Africa’s navy are geared towards Nato. The navy has conducted exercises with Nato itself in the past but more frequently and more recently with individual Nato members like Germany, the US and France. Its biggest regular joint drill is Exercise Good Hope with the German navy, a logical partner given that South Africa’s frigates and submarines are German-made.

Olivier also points out that Exercise Mosi is simulating ‘low-hanging fruit’, such as anti-piracy drills and joint disaster rescue missions. Exercise Good Hope, by contrast, regularly simulates real warfare. This, another defence source suggests, indicates a degree of mistrust or at least tentativeness on the part of South Africa – and perhaps Russia and China – about fully working together.

Olivier says one factor that might provoke suspicion that South Africa is switching allegiance is that joint military exercises with Western partners have become scarcer. But that’s because of drastic cost-cutting in the South African National Defence Force, not because of any ideological or strategic decision by Pretoria, he says.

Like Dandykin, some South African military experts see Exercise Mosi as expressing Russia and China’s interests in Africa as a whole, more than their interest in South Africa specifically. The Russian and Chinese ships involved were in African waters anyway, for other reasons, so it wasn’t difficult to extend their journeys to visit Cape Town for the exercise.

“For Moscow and Beijing this was also about demonstrating their ability to project power, to travel to the other end of the planet to visit a country they don’t have very deep military relations with, just to show they can do it, without jeopardising their normal operations,” one said. This expert saw the visit of the Tu-160 bombers as allowing Russia to boast the ability of the planes to fly the enormous distance to South Africa non-stop.

The visit may also have illustrated some tentativeness between the two sides. It was reported at the time that the Russian aircraft were escorted in by South African Air Force Hawk trainer fighters and Gripen fighter jets. But other reports say the Gripens were in fact never in the air at the same time as the Tu-160s because of suspicions on one or both sides that flying in close proximity would somehow reveal classified tactical information.

If this is true, it shows the limits to military co-operation between South Africa and Russia, perhaps because of the former’s Nato-oriented military doctrine and culture. This would be hard to give up, the expert said, making it unlikely that South Africa would emulate Rwanda which recently reconfigured its entire military on the Chinese model.

A Western diplomat agrees that it’s unlikely South Africa is switching allegiance, at least for now, noting that this would contradict the welcome tendency by new international relations minister Naledi Pandor to try to balance South Africa’s relations between the West and BRICS. “It’s worth keeping an eye on for the future,” says Olivier. “But I don’t think there’s any concern yet about a full-scale change in South Africa’s military orientation.” DM