South Africa is not ready for NHI and the bill should b... 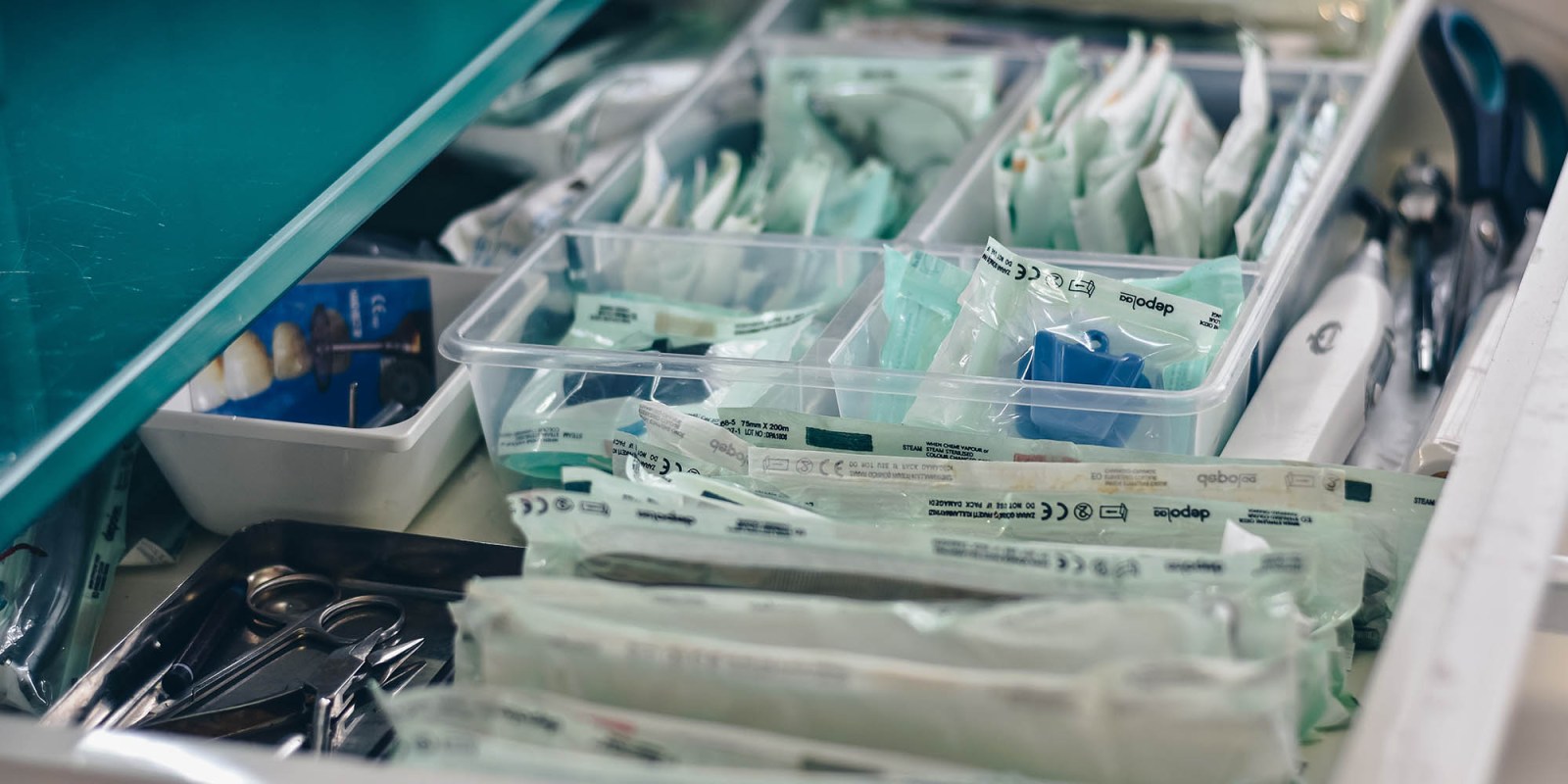 Guestimates of what the National Health Insurance might cost run into hundreds of billions of rand. The current economic growth rate of the country is 3% below that envisaged in the White Paper, and the current national debt of R3.1-trillion, standing at around 60% of GDP, is expected to keep rising.

Desirable as National Health Insurance may be, South Africa can neither afford it nor manage it properly because of the atrocious state of governance. Like the White Paper, the NHI Bill is badly written, and the research informing it seems inadequate.

It gives far too many powers to the minister and will facilitate further looting and rewards to patronage networks. It has authoritarian overtones in demands for information from users, the nature of which is not spelled out, and there are insufficient guarantees that the rights of patients, including to privacy, will be respected.

The bill should be rejected and, while the government takes urgent steps to deal with dysfunctional departments and stem corruption, a suitably qualified team of researchers and lawyers, taking into account public comment, should do some desktop research on appropriate NHI models for South Africa.

This bill proposes a plethora of costly structures over and above those in the seriously inefficient Department of Health (DoH), further inflating to unacceptable levels the minister’s empire. Guestimates of what the fund might cost run into hundreds of billions of rand. The current economic growth rate of the country is 3% below that envisaged in the White Paper, and the current national debt of R3.1-trillion, standing at around 60% of GDP, is expected to keep rising.

This escalating debt is due to grossly irresponsible levels of irregular expenditure which, despite pleas for remedial action from the Auditor-General in 2018, continued to escalate and the budget deficit for the first three months of the current financial year was higher than that of the same period in 2018. The tax base is shrinking, with an anticipated shortfall, and has to cover grants to 44% of families who depend on them, with unemployment and poverty levels rising in our obscenely unequal society.

This serious financial mismanagement of the country is shown in rising levels of irregular expenditure with Department of Health a serial offender — yet South Africans are expected to endorse a bill which gives the minister even more powers to waste money.

Supporters of the bill enthuse about health insurance in Norway and Japan, but their governance structures cannot be compared with ours. Efficient bureaucracies are needed to manage national health insurance schemes. Bureaucracies should be characterised by the employment of skilled personnel on merit, good record keeping, adherence to defined, proper procedures — a set of rules governing interaction with the public not based on favouritism — and accountability.

Our organs of state, including Public Finance Management Act Schedule 3 bodies, do not meet these criteria. They are patrimonial systems, to use sociologist Max Weber’s term, or fiefdoms of patronage networks to which staff are recruited on the basis of cadre deployment, and in which loyalty to a party (or trade union partners) is valued above competence.

They are often micro-managed by ministers and MECs who interfere in the work which is the responsibility of heads of departments and staff. The gross inefficiency of this system is manifest at all levels of governance, as illustrated in Auditor-General reports, high percentages of municipalities under administration, accounts not paid timeously, and buildings and equipment not maintained.

The notoriously inefficient Department of Home Affairs, which battles to fulfil its core functions, will be tasked with registering NHI users, despite the poor state of government IT systems generally, including in that department, where waiting periods are routinely increased because “systems are down”. There are already insufficient safeguards against fraud in this department — which also shares private information about citizens with commercial enterprises such as cellphone companies — and while encryption will be used it does not, in itself, ensure sufficient confidentiality, given the human factor.

Most government departments, including health, are poorly managed and top-heavy with more than 20% of staff in the KwaZulu-Natal department of health in a management category. In addition to medical and nursing managers, hospitals now how have superfluous CEOs, whose salaries could be far better spent on sorely needed medical personnel.

Most public hospitals and clinics in KZN are badly managed and, despite fact-finding missions having pointed that out three years ago, little if anything has been done to rectify matters. The Office of Health Standards Compliance will accredit NHI facilities but, if it cannot effect change in government hospitals now, how will it do so under NHI — so patients will presumably migrate to private hospitals. Poor management, with overworked and under-qualified staff (especially nursing), bears responsibility for the massive negligence claims lodged against the department.

Patrimonial systems facilitate corruption which goes well beyond State Capture for it is systemic. Competent employees may be trapped in the system, not daring to expose what they see happening because of loyalty, or because of the fear of threat, intimidation or even death if they try to expose it.

Will the virtually unfettered powers of the fund to purchase goods and services be an open invitation to those appointed through political patronage networks to continue their looting? Corruption in procurement has been systemic in KZN, a particularly tragic example — since it led to the deaths of many hundreds of cancer patients — being the oncology scandal which was the subject of an SAHRC report.

It is not known what happened to the millions of rand which should have been used for the maintenance not carried out on the almost-new nuclear machines. However, a KZN Treasury forensic report confirmed grossly irregular procurement by an unauthorised service provider to supposedly repair them, which broke the Hazardous Substances Act and led to one of the machines being irretrievably damaged.

In terms of the report findings, the then head of the department and two other management members should have been charged criminally, but that did not happen. The then MEC, who knew about it, would have also broken the anti-corruption legislation if he failed to open cases against them. The then national minister misled Parliament about the true reasons for the oncology crisis, blaming the very component which had opposed the corruption. No sanctions have been brought against these politicians.

The MEC who, by virtue of his office, not only bears responsibility for the unnecessary deaths of cancer patients, but also for the ruination of forensic mortuary services in KZN (through his engagement with unionised, unqualified workers engaging in criminal activities), the closure of a cost-effective, caring, former mission hospital (amid allegations of corrupt deals), serial qualified audits, and many billions in irregular expenditure, has been rewarded with a position in parliament and chair of the portfolio committee.

Can the public be blamed for thinking that political factors outweigh the fight against corruption? Powerful pharmaceutical interests, whose highly questionable tactics are legion, are probably smacking their lips in glee in anticipation of NHI.

No democratic country can afford to give a minister the powers envisaged in this legislation, lacking as it does any meaningful checks and balances on that power. Since when can a minister of health appoint an appeals tribunal with powers of a high court whose decisions are final? There has been an increasing culture of secrecy in government, including in the Department of Health, which even refuses to give patients copies of their own records — which they are the owners of.

There is no good reason to believe that anything will change, and that somehow NHI will suddenly transform these authoritarian politicians into champions of transparency and accountability.

The legislation emphasises primary health, yet it is the same government whose policies and practices cause illnesses in the first place through not acting to prevent disease.

Do they not know about the correlation between endemic TB and the lack of decent housing, water and sanitation? Do they not care that their mining policies are causing immense harm to rural communities and those living near refineries in Durban, and are linked to a high prevalence of respiratory diseases, and that children are stunted because they are not getting adequate nutrition at schools?

Primary healthcare starts with prevention, which is far better than cure. DM

Summary of submission to the parliamentary portfolio committee on health. Mary de Haas is a violence monitor and analyst.