What does Comprehensive Sexuality Education say about the role of the state in South Africa? 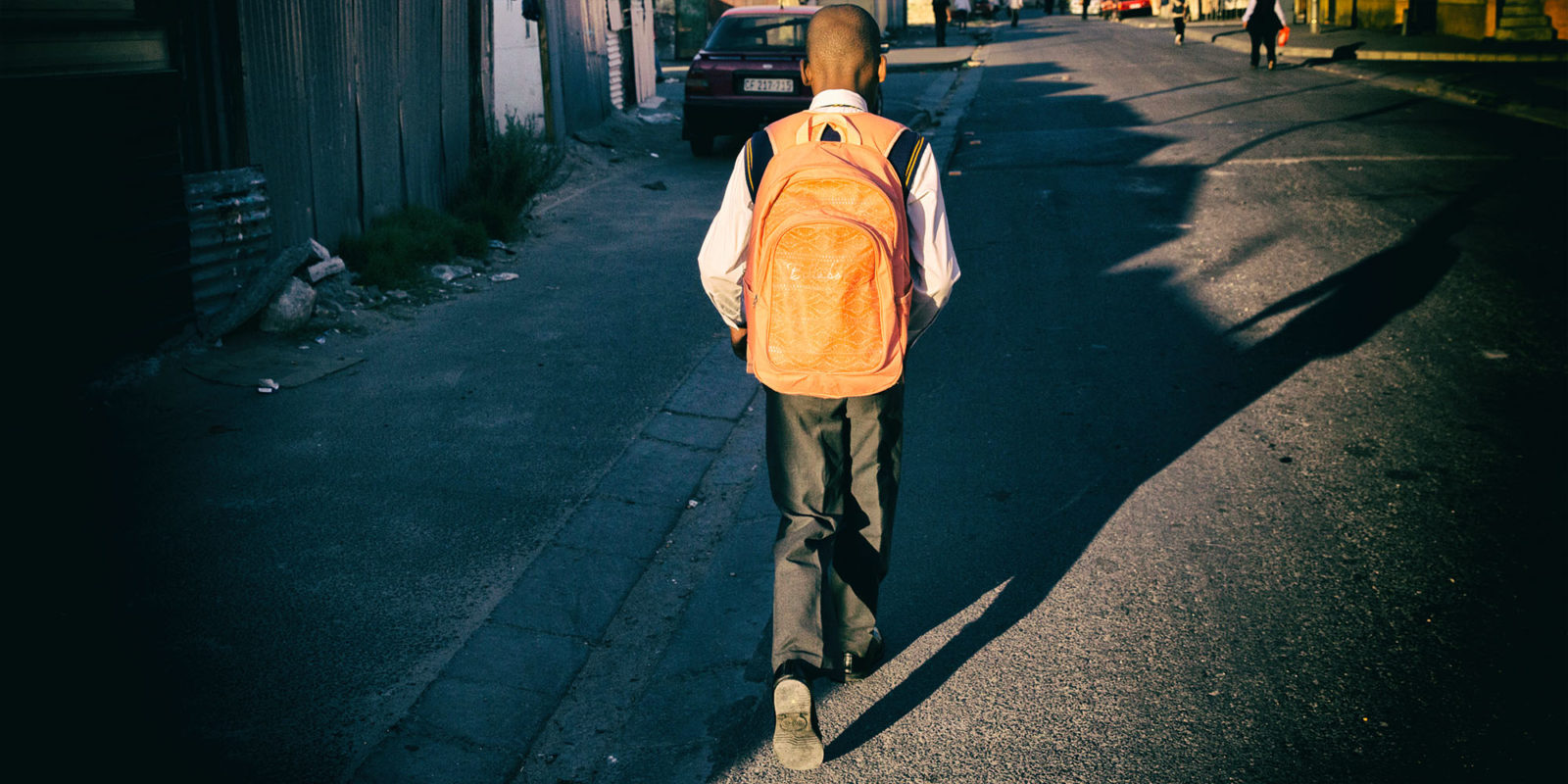 In South Africa, the pushback against Comprehensive Sexuality Education by parents, teachers, schools, religious bodies and civil society alike is a clarion call to ‘stay out of our homes’. Other spheres of authority are reclaiming their jurisdiction and sovereignty. Will the South African state respect this or are we moving to a monoculture society imposed from above?

The Comprehensive Sexuality Education curriculum, as part of Life Orientation for Grades 4 to 12, to be rolled out in public schools in 2020, has been shrouded in mystery as the Department of Basic Education (DBE) only made the Learner Books and Educator Guides available for public viewing for the first time on 13 November. Up until then, key stakeholders – parents, schools, school governing bodies and teachers – were not privy to its content. A few political parties and civil society organisations that have been demanding access to the curriculum were able to release excerpts to the public. A furore resulted. One parent-based Facebook group, #LeaveOurKidsAlone, gained over 90,000 members in less than four weeks.

Concerns raised over CSE include: lack of consultation with key stakeholders, it is age-inappropriate, it serves to sexualise children, promotes risky sexual behaviour, undermines the authority of parents and is a Western curriculum, emanating from UNESCO and financed by USAID, unsuited to the African context.

Of interest is what the move says about the relationship between the state and society in South Africa. Is this a case of government overreach? And what does this say about the divide between what is public and what is private? Simplistically (and granted, it is never as clear as this), a state is either limited in power, a neutral umpire in society, not favouring any particular group, individual, family, religion or ideology, or is overarching and prescriptive in terms of beliefs, norms and values.

In the classical liberal understanding of the role of the state, a limited state in the form of liberal democracy is where the authority given to those in power through elections is limited by a constitution, a separation of powers, sphere sovereignty and a clear distinction between the public and the private. The idea of sphere sovereignty implies an institutionally pluralistic society, where power and authority are divided among various “spheres”. Thus, the state, the family, religious institutions, civil society have their own jurisdiction over which the other spheres of authority should not intrude, so long as they do no harm. The rationale behind this is to protect the liberties of citizens and guard against the state infringing on these civil liberties. It recognises that societies are pluralistic.

On the other hand is a state which actively intrudes into the personal or private realm and becomes prescriptive, especially around beliefs, norms and values. Such a state thus becomes more than a neutral arbiter and rather dictates how people should live and conduct their lives. On a scale, less extreme forms of this would be a nanny state. But on the extreme end are totalitarian states. The common feature is that the distinction between the public and the private falls away, and the state prescribes moral values.

Historical examples would be the Holy Roman Empire, which conflated church and state, imposing one religion on all, the communist systems of the Soviet Union and its satellite states, and the fascist states which prohibited any form of organised civil society or religion, outside of that approved by the state. As the Italian dictator Benito Mussolini argued in the Doctrine of Fascism: “The Fascist conception of the State is all-embracing; outside of it no human or spiritual values can exist, much less have value.”

Radical and socialist feminists, unlike the so-called “first wave” of feminists who advocated for equality between the sexes, instead call for cultural change. Socialist feminists, such as Sheila Rowbotham, for example, argue that “democratic control has to be extended to the circumstances of everyday life”. Such a prescriptive state would encroach into what the liberal tradition considered out-of-bounds, the private sphere, so as to enforce feminist norms. Radical feminism arguably falls under the broader political approach called Critical Theory. Unlike other theories, which seek to understand or explain society, Critical Theory seeks to change it.

These radical feminist norms are evident in the Learner and Educator Guides for CSE. From Grade 4, children are introduced to the theme “Culture, society and sexuality” (Lesson 4.7), where they are encouraged to engage with statements such as, “In most cultures, girls and boys play different roles. This is referred to as ‘gender stereotyping’.” (page 65, Grade 4, Educator’s Guide). This develops further with each grade. In Grade 7 children are taught to distinguish between sex, gender and sexual orientation. Where gender is defined as “the set of behaviours and characteristics that are deemed appropriate for girls and boys by a given society”. In other words, gender is defined as a social construct.

In 1955 psychologist John Money made a distinction between the physical differences of men and women, sex, and the behaviour and roles a person expresses, gender. In the 1960s and 1970s, second-wave or radical feminists took this further to argue that gender was constructed by society; thus only nurture, but no nature. In Money’s understanding of gender, and others like him, they were not seeking to deny the underlying biological reality of a person’s sex. With the radical feminist idea though, there was a clear and distinct shift from biology to ideology.

To affect these cultural changes in society, this ideological approach calls for a prescriptive state and an intrusion of the public into the personal. This is encapsulated in the mantra of the second wave feminists that the “personal is political”. This is focus on culture (norms, values and beliefs) with the understanding that it should be the state that should effect this culture change. The Comprehensive Sexuality Education curriculum certainly moves beyond the neutral state – it is not biology per se, but rather is imbued with ideology.

In the Educator’s Guide for Grade 5s it warns, “Parents may have their own views or prejudices about their children being exposed to some of the content in the Scripted Lesson Plans.” Pitting the state-curriculum against the values of parents. For Joanna Williams, author of Women versus Feminism, “[C]riticising the views and values of home and parents vastly alters the remit of the school away from education towards the promotion of a distinct political outlook”.

In South Africa, the pushback against Comprehensive Sexuality Education by parents, teachers, schools, religious bodies and civil society alike, is a clarion call to “stay out of our homes”. Other spheres of authority are reclaiming their jurisdiction and sovereignty; will the South African state respect this or are we moving to a monoculture society imposed from above? Where the role of the state becomes policing the values, norms and language of ‘citizens’ to bring them in line with a particular ideological outlook? DM

Nicola de Jager is a senior lecturer at the Department of Political Science, Stellenbosch University.