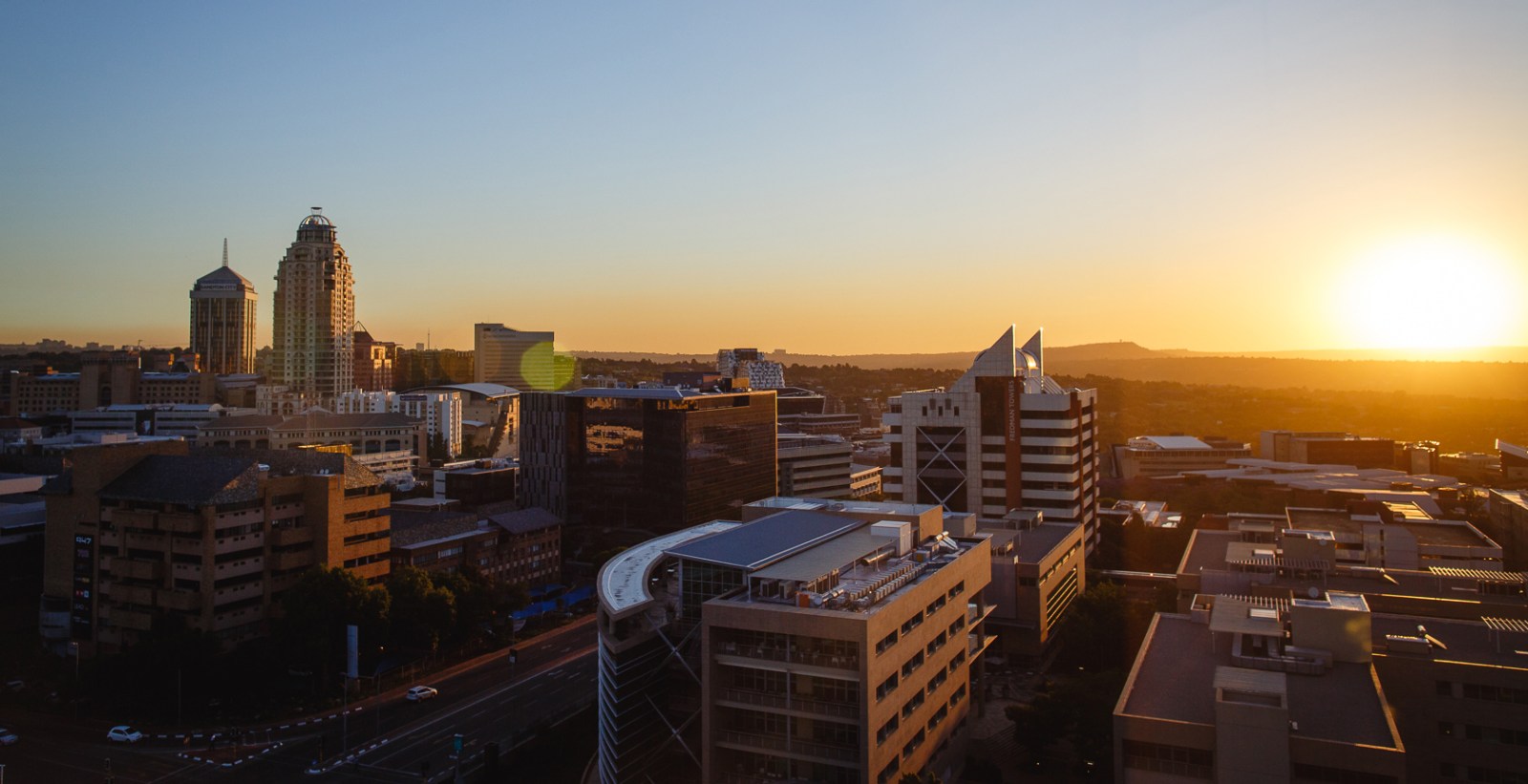 Photo of Sandton sunset by Rafiq Sarlie via Flickr

Getting corporate South Africa to move on the climate crisis is a bit like persuading teenagers to study ahead of exam time — excruciating.

It could be argued that the past week saw climate activists suffer a stunning defeat at the hands of two of South Africa’s biggest companies — Sasol and FirstRand Ltd.

Sasol, the country’s foulest emitter of greenhouse gases after Eskom, flatly refused to table any resolutions on the climate crisis, denying its shareholders the opportunity to vote on a globally significant issue at its AGM held in late November 2019.

FirstRand allowed the tabling of two resolutions — one was endorsed by the board and one was not.

Ordinary resolution number six, which requires the bank to adopt and disclose a policy on fossil fuel lending by end October 2020, was wholeheartedly endorsed by 99.9% of shareholders.

However ordinary resolution number five, which was not supported by the board, would have required the bank to assess and report on its exposure to climate-related risks by end October 2020, with just 33% of shareholders voting in its favour.

But, when one considers where corporate SA was a year ago, one could argue that progress has been made.

A year ago no board of a JSE-listed company had tabled climate risk-related shareholder resolutions. The first was Standard Bank in April 2019, though it did not endorse the resolutions.

A year ago, ahead of its 2018 AGM, the Sasol Board denied shareholder requests to table climate risk-related resolutions. At the time then joint CEO Bongani Nqwababa noted that the board had “just started to talk about it” (climate-risk), a startling admission, to say the least.

In addition, Sasol had made no disclosures on climate risk and had no emission-reduction targets in place.

A year later and the company has published its inaugural climate-change report in which it committed to reducing greenhouse gas emissions by at least 10% (from a 2017 baseline) by 2030.

The company will also communicate its plans to use more natural gas, rather than coal, in its operations, as well as so-called green hydrogen, which is produced from renewable energy sources, CEO Fleetwood Grobler said at the 2019 AGM.

Similarly, a year ago none of South Africa’s banks had policies on financing fossil fuels.

Today Standard Bank, Nedbank and FirstRand have stated that they will not finance the Thabametsi and Khanyisa independent power producer projects.

Standard Bank and FirstRand have gone further and have stated that they will not provide any finance for new thermal coal projects.

At the latest AGM FirstRand chairman Roger Jardine also promised that a “full roadmap for FirstRand’s climate risk disclosure” would be published in 2020.

“In the case of Sasol, the board has not gone nearly far enough, but at least the climate report sets out targets against which they can now be held accountable.”

Shareholder concerns were evident at the AGM.

“Over 75% of shareholder questions were on climate change management. The board can no longer avoid the subject and it is no longer acceptable to provide bland answers,” she says.

This week, the United Nations Environment Programme released its “Emissions Gap Report” which shows that the planet is rapidly approaching the point at which we will no longer be able to limit global temperature increases to 1.5°C.

The report emphasises that “countries must increase their NDC (Nationally Determined Contributions) ambitions threefold to achieve the well below 2°C goal and more than fivefold to achieve the 1.5°C goal”, and that “decarbonising the global economy will require fundamental structural changes”.

“The South African financial sector is waking up to the realities of climate risk, but the pace at which it is adapting to manage this risk is still far too slow,” says Davies.

To illustrate, at least 65% of FirstRand shareholders voted to give management more time — as much time as they need, in fact.

“Shareholders must accept that the scale of the crisis we face, and the pace at which we need to change to address it, require them to think critically about the issue, and not simply defer to management.”

We have come a long way in a year. But at the same time, global awareness of climate risks has advanced significantly.