Every one of us must act to combat gender-based violence 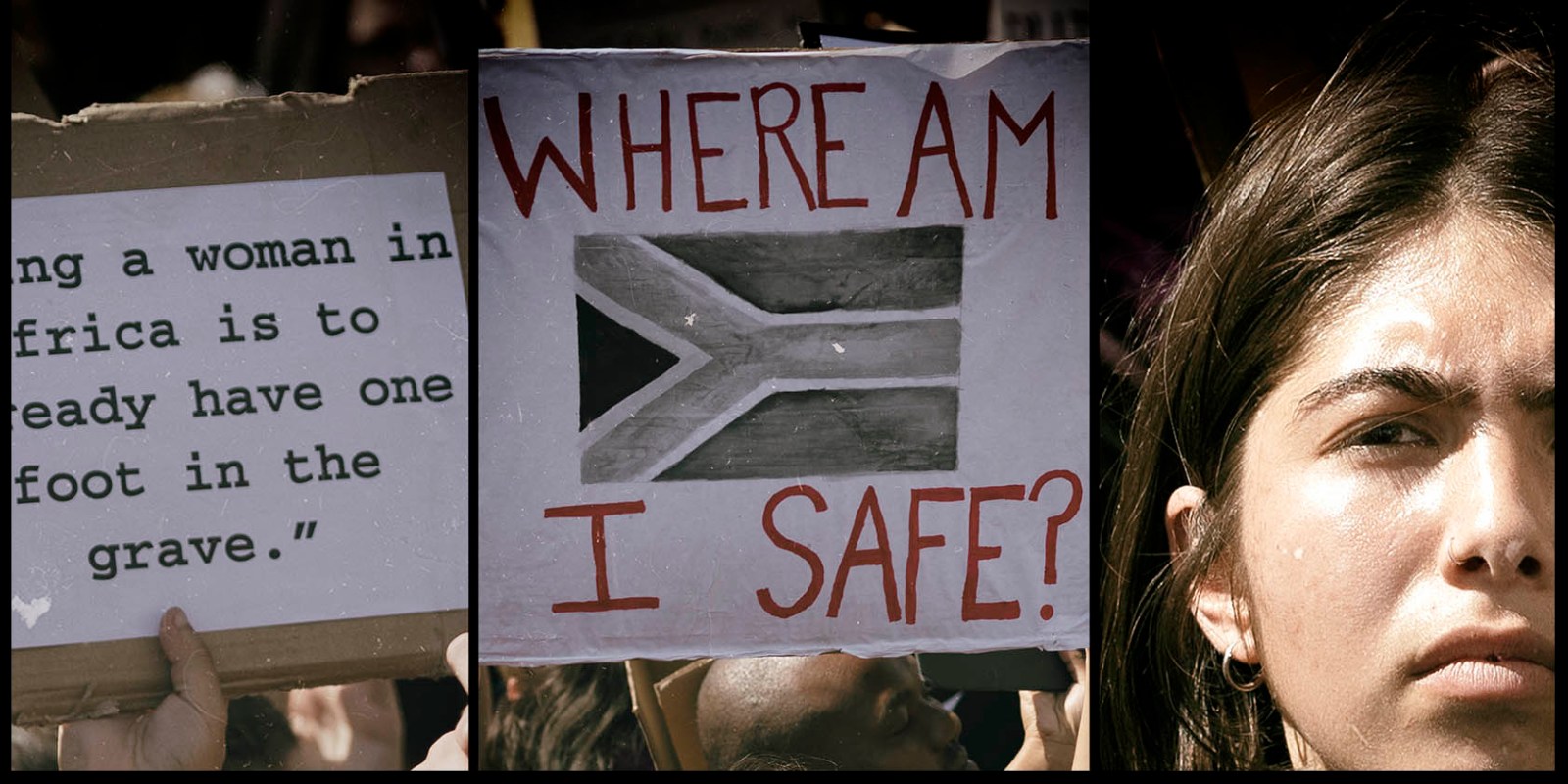 Tens of thousands protest against gender-based violence outside Parliament in Cape Town on 5 September 2019 after a week of brutal murders of young South African women. (Photo: EPA-EFE / Nic Bothma)

No decent society should make a woman or young girl feel that she does not deserve to be free from violence and abuse.

Violence and abuse, whether in the form of verbal abuse, online trolling, sexual harassment or physical assault or rape, remains the most common form of oppression that women and young girls face.

It is pervasive. Despite variations, it happens in all societies. Every woman or young girl experiences it or at the very least lives under the constant shadow of it. According to the UN, one in three women globally face gender-based violence and abuse.

More disturbingly, even at schools, including institutions of higher learning, or places of work or of worship, women and girls are not fully safe.

For the younger generation whose life experience has been inseparably tied to new technology and the online life of social media platforms, a new front of psychological violence and abuse has emerged. In this sphere, violence has become monstrous and absolute, targeting the privacy, the body shapes and social engagement of women and young girls. The abuse taking place in this space often leads young women, and girls in particular, to self-loathing and suicide.

Sure, the scale and gravity of violence heighten during times of crisis and conflict, and women and young girls bear the brunt of violence in these times. As the abduction of the Chibok girls by Boko Haram in Nigeria or the rape of women and other forms of sexual violence in the DRC and South Sudan conflicts show, in times of crisis or violent conflict the bodies of women and young girls can become the theatre or site where the fighting takes place.

Attacks on women and young girls may originate from anyone: strangers, close family members, friends or partners; they could come from those entrusted with the responsibility of protecting women and girls: law enforcement officers, teachers, doctors, nurses, priests or clerics.

Despite all the knowledge and awareness gleaned over the years, there is little improvement in ending the exposure of women and young girls to violence and abuse. Certainly, there are improvements in the legal arena, with laws increasingly proscribing various forms of violence against women. Women’s rights, despite contestations from social and cultural conservative forces including recent legislative and institutional backlash, are becoming mainstream.

These improvements do not yet reflect the lived experiences of most women and young girls. That is why, despite having one of the most progressive constitutions and legal systems in the world, violence against and abuse of women and young girls is a major crisis facing South Africa.

Partly, this is a result of the violent masculinity that arises from dominant patriarchal cultures, which makes women and girls vulnerable in all the structures of power. Unbalanced power relations affect the achievement of equality, which requires urgent action to ensure that opportunities are provided to empower girls and women in understanding their rights in accessing equitable justice.

In part, violence against women and girls results from the commercial and pop culture that portrays women principally, if not exclusively, as sexual objects and as beings who are there to serve the desire and well-being of men and society.

Partly, it also stems from the belief that women and girls belong to the realm of the household and the age-old quest of society to control or subjugate or instrumentalise the bodies and lives of women.

While in many instances these acts of violence and abuse don’t stop women and young girls from going about their lives, in others these acts may interrupt the lives of the victims or lead to bodily damage and psychological trauma. Even when they don’t lead to such tragic consequences, such violence and abuse invariably result in loss of opportunities and other socio-economic costs for victims.

But protecting women and young girls from violence and abuse is not just a matter of right. It is not just something that is in accord with and demanded by the humane and democratic values and principles to which every society strives to conform.

Parents also bear major responsibilities. The way parents treat each other sets the example for boys and girls in the household. Men and boys should know that mistreating their spouses, partners or girlfriends is not a measure of strength. It is rather a sign of pathological weakness, a weakness that robs them of the strength that comes from maintaining a relationship with women free from violence and abuse. Women should not tolerate abusive behaviour by their spouses. They should reject any form of mistreatment or abuse by their spouse.

Religious leaders should teach believers that there is no scriptural basis for violence against and abuse of women and young girls. They should teach that it is not in accord with scriptural teaching for a husband to abuse his wife or for a man to disrespect a woman.

The state bears the most responsibility for ensuring the freedom of women and girls from violence and abuse. This it is expected to do by enacting laws and policies that ensure gender equality and punish discrimination and violence against women and young girls. The state is also expected to put in place mechanisms that address the social and cultural conditions that nurture violent masculinity and discrimination against women and girls.

No decent government should tolerate the abuse or violence of women and young girls whether at home or in public places. No decent leader should give a pass or show leniency to anyone who abuses or violates a woman or young girl. No organisation should allow its space to be a ground for violating women and girls. No decent society should make a woman or a young girl feel that she does not deserve to be free from violence and abuse.

That is why pregnant girls or teenage mothers should not be barred from attending their schools. That is why the prevention by any government of such girls or teenagers from going to their school is discriminatory and engages in an act that legitimises the mistreatment of women and girls on the basis of gender.

Indeed, if there is one major measure of a decent state or government, if there is one key standard of assessing the integrity of a government or its officeholders, it is and should be the extent to which they ensure respect for and protection of the freedom of women and young girls from violence and abuse.

As we observe this season of 16 Days of Activism against gender-based violence against women, it is important to remember that our effort to rid our societies of the scourge of violence against women and girls should be a permanent one. We should continue this campaign year in and year out, mobilising the useful resources that African Union instruments such as the Maputo Protocol provide to spare women and girls from this scourge. DM

Dr Solomon Ayele Dersso is chairperson of the African Commission on Human and Peoples’ Rights. Aya Chebbi is the African Union’s special envoy on youth.