Cosatu says open to some SOE privatisation but not Eskom 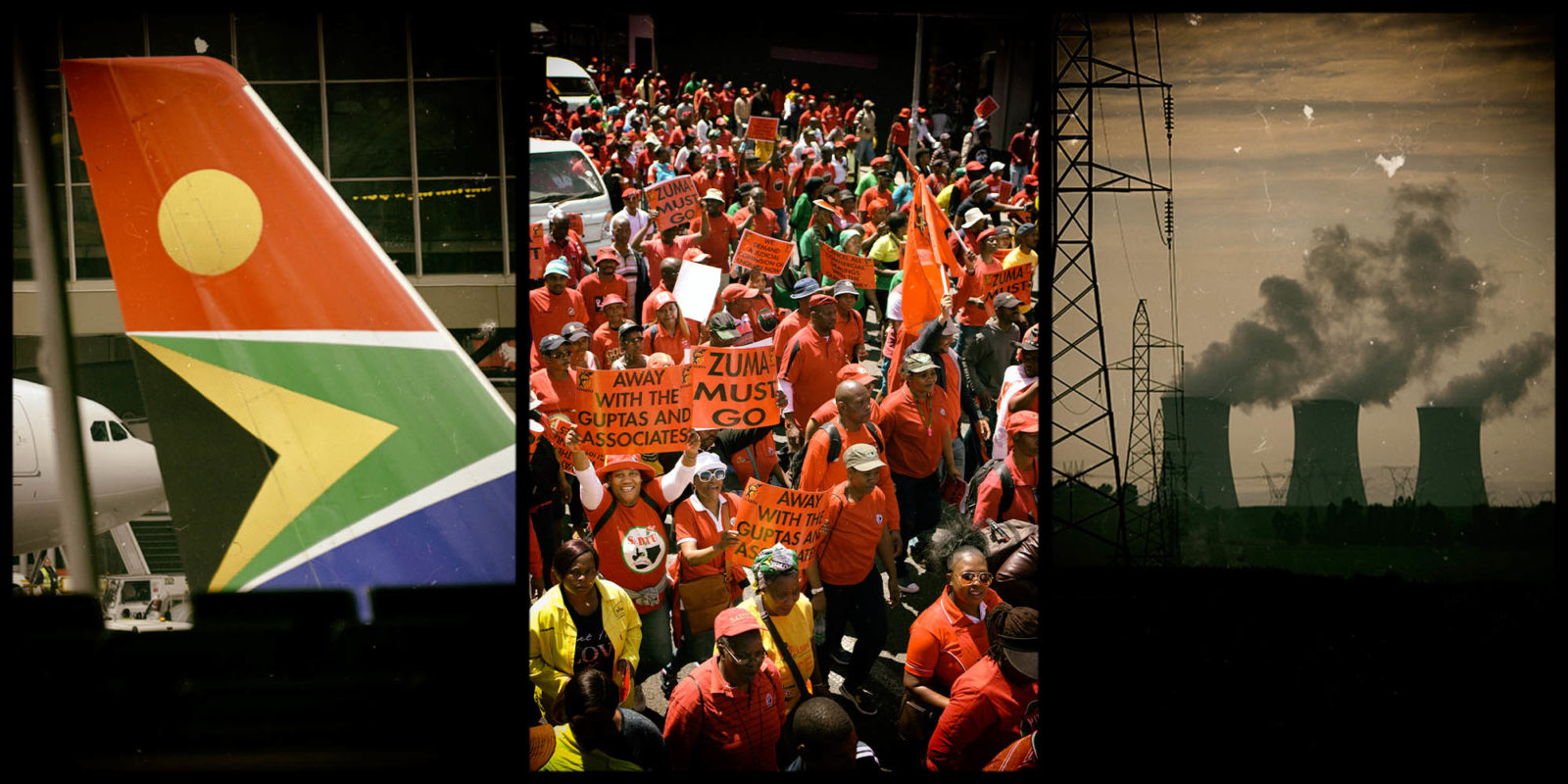 Cosatu's spokesman Sizwe Pamla says it is not a change in policy, but the union is now on the record embracing limited privatisation of SOEs that are not strategic. This is actually a significant departure which may give President Cyril Ramaphosa vital political cover for the urgent task of reforming ailing SOEs.

When it comes to state-owned enterprises (SOEs), labour federation Cosatu is no longer opposed to the idea of private investment provided the asset is “non-strategic” and the government maintains its majority stake. The union is playing down the significance of this suggestion, which analysts say is nothing short of revolutionary.

“Any suggestion by Cosatu that they are looking at some privatisation is a major change and it suggests that the cracks are widening in the labour movement amid a realisation that we can’t keep pouring money into SOEs,” Gary van Staden, a political analyst at NKC African Economics, told Business Maverick.

Cosatu’s embrace of limited privatisation was raised in the City Press newspaper on Sunday, where the federation’s spokesman Sizwe Pamla was quoted as saying it would pursue this issue with its alliance partners, the ANC and the South African Communist Party (SACP), at a political council meeting on Sunday 1 December.

Speaking by phone with Business Maverick on Monday, Pamla said: “No it is not a change in policy. Our position is if we have 700 SOEs and not all of them are strategic. Eskom is strategic. But South African Airways is more middle class and we keep bailing it out with taxpayer money. We cannot have blanket disapproval of privatisation. Not everything in government hands is strategic but with strategic ones we will never support that (privatisation). And with non-strategic ones the state must hold a majority stake.”

In an email sent later in the day, Pamla again insisted that Cosatu’s position has not changed. “COSATU has always argued that not all SOE’s are strategic. According to COSATU strategic SOE’s are in telecommunications, electricity, public transport, housing , health , water, state forests, municipal services and education.  These should not be privatised and there should be no private sector involvement. “

“But out of 713 entities not all are strategic, others may require the involvement of the private sector (in a limited form) based on the need for capital, new technology, enhanced delivery etc.”

“Where there is a compelling case for such an approach, the Federation has always made it clear that it is willing to consider the involvement of the private sector. In such a situation, the state should remain the majority shareholder rather than withdraw from such a sector or activity. “

He even produced a document published in 1996 where this position was expounded. Yet, since then, Cosatu’s position hardened, and in the more recent past, Cosatu’s public positions on privatisation have been an emphatic over our dead red bodies line in the sand no – and that remains the position of at least one key union that is part of the federation, namely the National Union of Mineworkers (NUM).

“NUM remains opposed to any privatisation of any SOE because it will lead to massive retrenchments. There is no ANC resolution on privatisation,” NUM spokesman Livhuwani Mammburu told Business Maverick. So Cosatu does not have all of its members on board on this issue. But such a move is bound to involve a lot of wrangling.

So stay tuned on this one. If the idea of even limited privatisation – basically, getting the private sector to recapitalise some SOEs instead of using taxes or additional government debt – has traction in Cosatu, then Finance Minister Tito Mboweni can perhaps roll up his sleeves and begin the arduous task of sorting out South Africa’s fiscal mess. BM