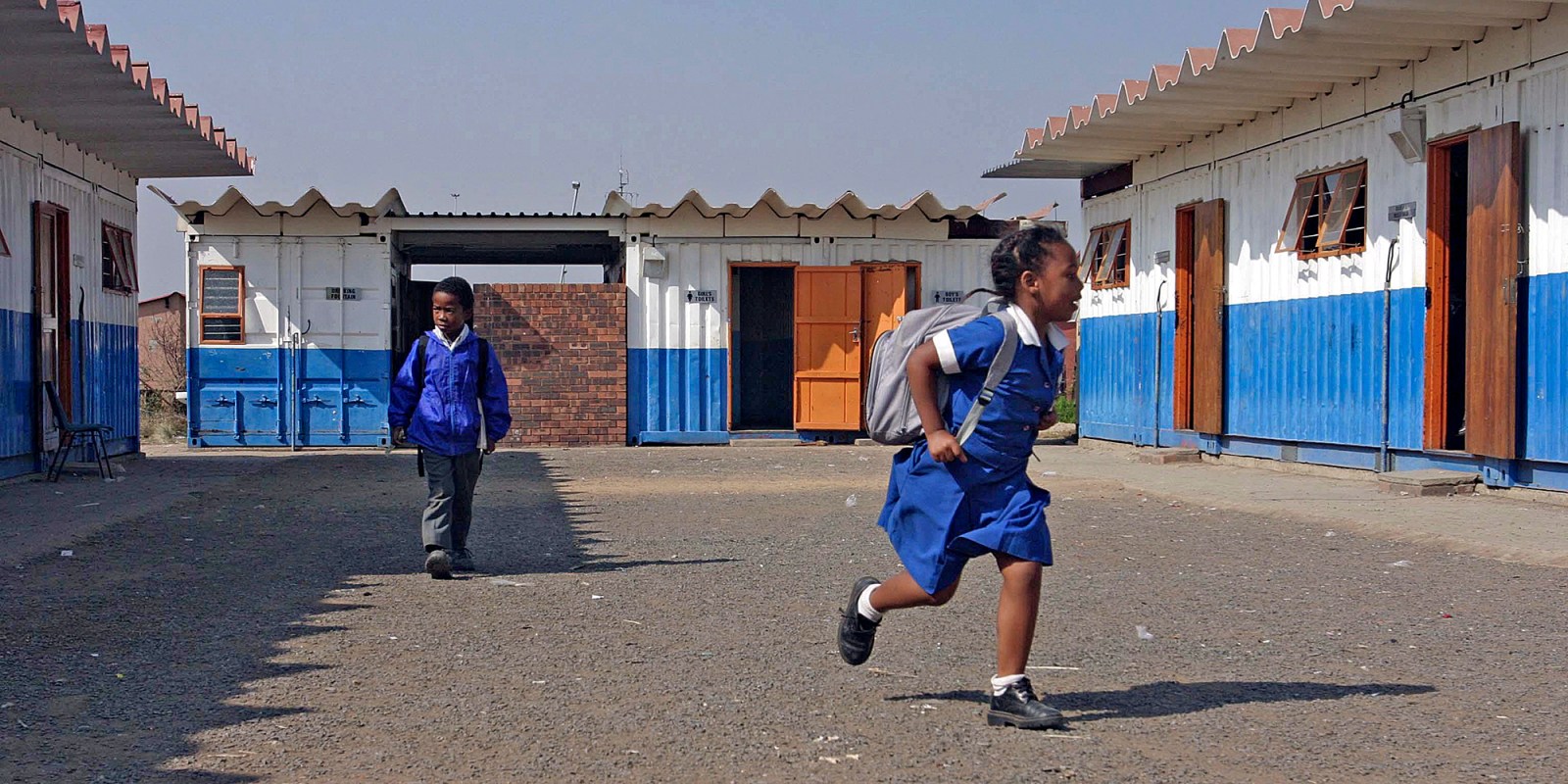 Many parents believe discipline is delivered by parents who love and care for their children, while abuse is inflicted by cruel and uncaring parents, says the writer. (Photo: Dudu Zitha / Media24 / Gallo Images)

Not only is corporal punishment and physical abuse more prevalent in homes where domestic violence is tolerated, but children who are exposed to domestic violence are more likely to be either perpetrators or victims of violence themselves.

As we intensify the annual 16 Days of Activism campaign, it is worth reflecting on the link between corporal punishment and gender-based violence. Children exposed to violence at home learn early and powerful lessons about the use of violence to solve their problems and dominate others. These children often grow up to be intimate partners who navigate relationships in the belief that violence is an option. This is something we need to acknowledge and address.

In my school in the 1980s, “six of the best” was the ultimate threat, and if we stepped out of line the principal would administer six strokes with a cane. This was considered normal back then. Fortunately, corporal punishment has long since been banned in schools (although the practice persists in many places). But, until recently, it was still permitted in homes across South Africa.

Then, in September 2019, the Constitutional Court ruled that parents could no longer use “reasonable chastisement” as a defence in cases of violence against children. In other words, corporal punishment was banned in the home.

As a society, we tend to show two incongruous reactions to violence in our homes. On the one hand, many view physical violence against children as an effective means of discipline. On the other, we continue to be outraged by high-profile cases of gender-based violence in what we see as a “war against women”.

Children in South Africa are exposed to excessive levels of violence, in their communities, schools and homes. There is ample evidence that this is harmful to their development, affecting a range of health and social outcomes.

It also perpetuates the cycle of violence, abuse and trauma. Not only is corporal punishment and physical abuse more prevalent in homes where domestic violence is tolerated, but children who are exposed to domestic violence are more likely to be either perpetrators or victims of violence themselves. Last year, 1,014 children in SA were murdered and 736 children were charged with murder. This was a marked increase in both instances from previous years.

What makes the issue of corporal punishment particularly difficult is that many parents struggle with the dichotomy of discipline versus abuse. They believe discipline is delivered by parents who love and care for their children, while abuse is inflicted by cruel and uncaring parents. Research shows this is not true, and in most cases, physical punishment is physical abuse in intent, form and effect.

Many of us who experienced physical punishment as children also tend to view it as an appropriate response to parent-child conflict today. Much in the same way that we used to justify punishments at school, like “six of the best”. The gender and social norms society holds also perpetuate gender-based violence, with men often seen as having the authority to discipline and control women and children. In holding these beliefs, we normalise and legitimise actions that have no place in our society.

Aside from the obvious consequences of violence against women and children, there are also economic and social implications. Save the Children’s Violence Unwrapped study estimated that in 2015 alone, violence against children cost South Africa R238-billion, or nearly 5% of the country’s GDP. KPMG’s Too Costly to Ignore study estimated that gender-based violence costs South Africa between R28.4-billion and R42.4-billion per year, or between 0.9% and 1.3% of annual GDP.

What we need now is to tackle violence against women and children collaboratively and through joint programming. In our fight to stop the intergenerational cycle of violence, Save the Children is advocating for positive parenting. This is a comprehensive approach that uses discipline to teach rather than punish and, as a result, helps children succeed and thrive in life, becoming healthy, well-adapted adults. Positive parenting is fair, loving, caring and consistent. It is age-appropriate and provides warmth and structure. And critically, it encourages parents to learn how to control and manage their own emotions and emphasises the importance of men as caregivers. It is an approach that I use in my own home, and that I have seen work in families across the country.

We intend to scale up this work in 2020, in partnership with government and civil society. Because this is how we stop the cycle of violence in our society, by bringing up children in an environment of love and respect, in which violence of any kind has no place. DM

Steve Miller is CEO of Save the Children South Africa.