The answer to gun violence 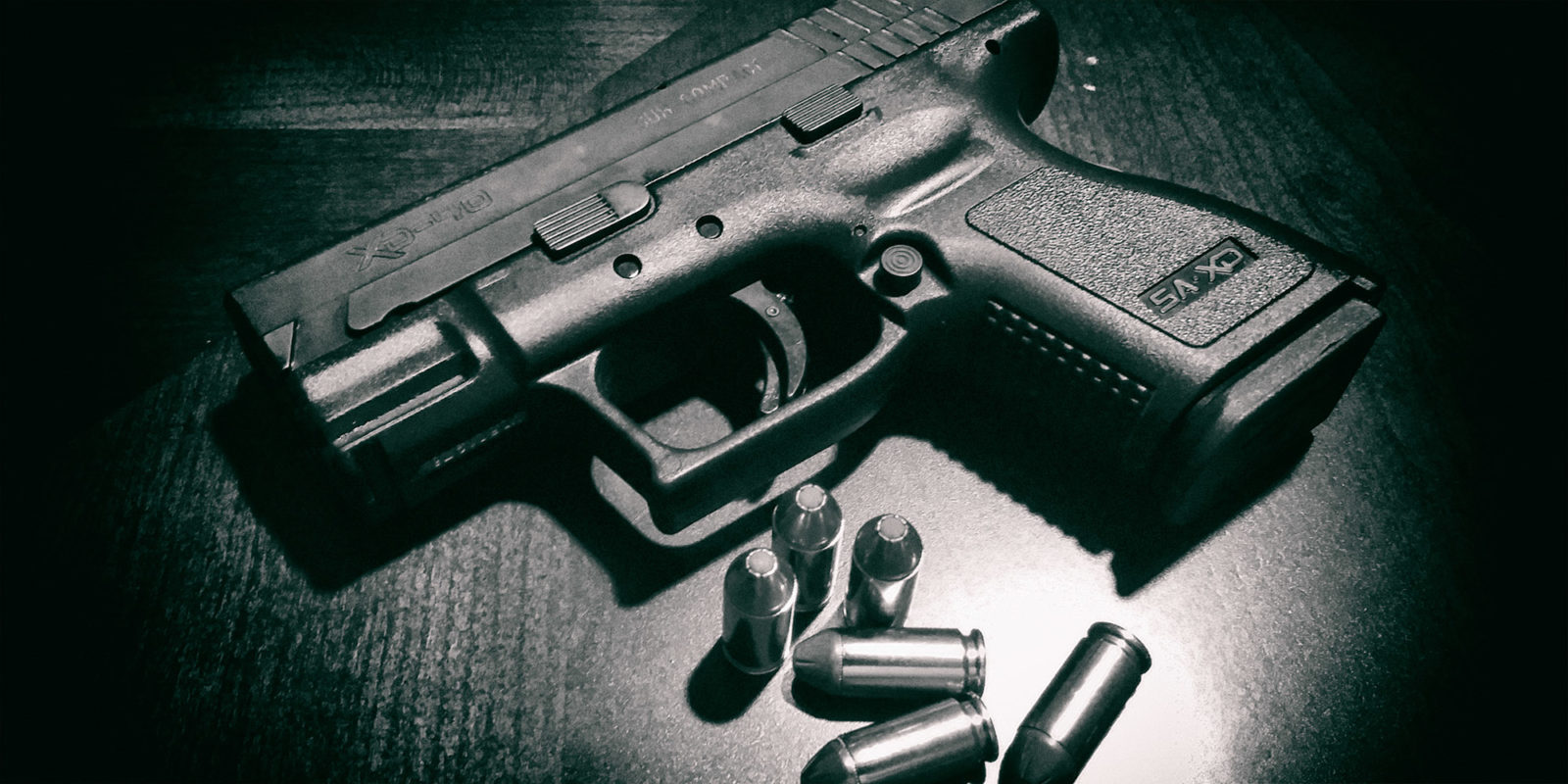 Gun Free South Africa’s Sara Chitambo writes about her personal experience at the end of a gun and the steps that might protect more people from the trauma of being in a similar position.

The reopening of the M2 highway came as a relief and not least as a reminder of the anxiety that driving through Johannesburg’s inner-city detour brought me in the last few months.

On a seemingly slow Sunday morning in September I joined an alarming number of other victims of robbery – at gunpoint.

With the highway closed, I had opted to drive to Maboneng for the Sunday market using Albertina Sisulu Road in the easterly Jeppestown direction.

About midway there, I stopped at a red traffic light and looked down at the phone screen with GPS on my lap. When I looked up again there were two men holding guns pointed at my face and my heart through the driver’s window.

I shrieked loudly, my body pulling away from the window and my hands going up to shield my heart.

My legs gave in, stalling the car.

No sounds of guns going off nor of windows shattering, just the tap of metal on glass and then a gun motioning for me to open the car door.
Realising they were not going to shoot, I sat back up slowly, raised my hands up further. My shaking hands fumbled the central lock mechanism open and I slowly got out, surrendering phone and car.

They grabbed the phone and ran off. I was shaken and it took me some time to calibrate my faculties, get back into the car and start it.

Meanwhile, the roadside traders and other passersby carried on with their lives as if this was a show they’d already watched before.

No one did or said anything.

I couldn’t sleep at night over the period that followed. In the end, I saw a trauma counsellor who helped to equip me with tools to process the incident and cope with the anxiety and fear of driving alone even in broad daylight.

As traumatised and personally violated as I felt, our beloved Mzansi is one of the five most violent countries in the world and being robbed at gunpoint is, sadly, a regular experience. One can deduce that a few more people fell victim to the same routine crime that very day, on that very corner.

The crime rates in the area evidenced by CCTV footage confirm that it is indeed a common occurrence to be robbed, stabbed and even shot.

Everyone is a target and increasingly the targets are women driving alone, as was the case of Arvitha Doodnath, a gender activist and law lecturer shot dead in an apparent hijacking attempt in October.

Using Gun Free South Africa’s Twitter handle @GunFreeSA and on my personal page, we put out a call, asking people to share their own stories of gun violence.  The responses flooded in, painting a picture of guns being used for intimidation, robbery and outright violence in public and private places. There is much evidence of post-traumatic stress and prolonged anxiety that follows victims of gun violence long after an incident.

Below are some “snapshots” of feedback from followers on social media:

Linda Mputa Oh Sara… May you find healing. Went through similar situation. They asked for car keys, had my 1 year old baby strapped in car seat. I asked for her, they allowed me to take her. So sorry. 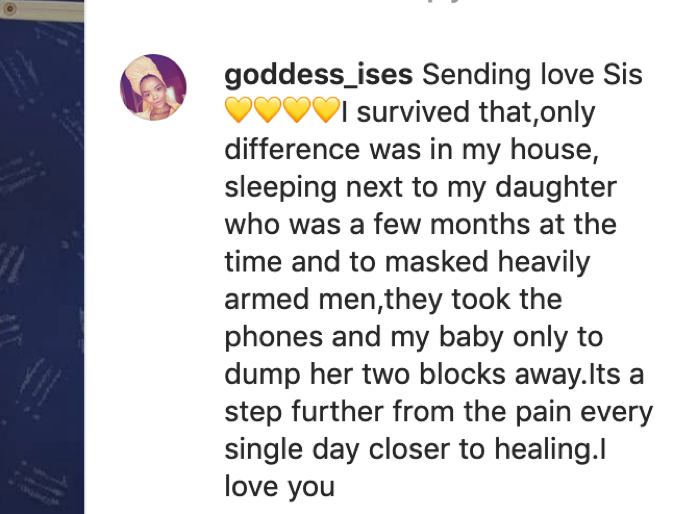 The fact that guns are used in so many criminal activities is a reminder that there is  a high circulation of illegal guns in our communities. But just how and where do these guns end up in the wrong hands?

Most illegal guns used in criminal activities were once legally owned. Legal guns become illegal when they are lost or stolen. The biggest source of illegal guns in SA is loss and theft from civilian gun owners.

Guns seem to still be the weapon of choice for criminals even with the much publicised raids and SANDF deployment on the Cape Flats.

According to surveillance at the Western Cape’s 16 mortuaries by the provincial health department, gunshot deaths in the province doubled in the seven years between 2010 and 2016; in comparison stab and blunt-related murders remained relatively stable.

The report on mortuary surveillance analyses who is shot and where and shows that young men in the Cape metropolitan area are most at risk. The number of men murdered with guns doubled between 2010 and 2016, mainly in the metro sub-districts of Klipfontein, Tygerberg and Mitchells Plain.

Guns were the  leading cause of traumatic spinal cord injury in Cape Town in 2014, which “is alarming, since South Africa is a country not at war”. A comprehensive global study on gun violence and disability estimates that for every person shot and killed, as many as six victims will survive, often with severe disabilities.

Using South Africa’s gun-related death rate of 23 people a day, we can estimate that between 96 and 108 people survive an incident of gun violence daily in South Africa.

The impact of gun violence is complicated, having physical, social, psychological and financial costs; it causes pain and suffering for those who survive a shooting, as well as for the family and friends of those killed or injured.

While there is no accurate information on how many unlicensed guns are in South Africa, most unlicensed guns were once legal before being leaked into the illegal pool. Loss and theft are the main mechanism by which legal guns are diverted, with civilians reporting the loss/theft of seven times as many guns as the police since 2001/02, though this ratio has increased significantly in recent years. As of 2017/18, civilians reported an average loss or theft of 24 guns a day, while police members lost one gun a day.

Police and civilians are targeted for their guns The fact that guns are lethal and a real threat to one’s life makes them that much more desirable for criminals who know that people are less likely to put up resistance if there’s a firearm threatening their life.

In 2012, police officers began to notice that guns registered as having been destroyed by the police were being found at crime scenes on the Cape Flats, in gang-infested areas in Gauteng and in taxi violence incidents in KwaZulu-Natal. What was noteworthy about these recovered guns was how professionally their serial numbers had been removed. A coordinated campaign called Operation Impi began in December 2013.

It involved recovering and ballistically testing recovered guns to trace and arrest perpetrators and permanently shut down crime syndicates. Having examined thousands of ballistics reports, the team realised that one or more corrupt police officials were involved in the nationwide syndicate. In 2015, Colonel Christiaan Prinsloo, the Gauteng commander of Firearms, Liquor and Second Hand Goods Control at the SAPS was arrested. In a plea bargain, Prinsloo admitted to stealing 2,000-plus guns and selling them to gang leaders.

So, what more should the police be doing to mitigate gun violence and crimes that use guns? Below are some basic steps:

Guns are lethal and one gun can be used countless times to threaten, maim, and kill. It is time we closed the tap to end the seemingly endless flow of guns into criminal hands. We must counter gun violence with actions that make tangible changes and safeguard the right to freedom and security of the person of everyone. MC

If you have been a victim of gun violence, consider seeking the services of a qualified counsellor to help avoid recurring PTSD. Contact:  The South African Depression and Anxiety Group (SADAG ) – Twitter @TheSADAG  or call 080 045 6789 – open 24 hours.

We will need to learn how to socialise safely, says Dr Anthony Fauci

The global pandemic could become an opportunity to build an equitable, inclusive education system