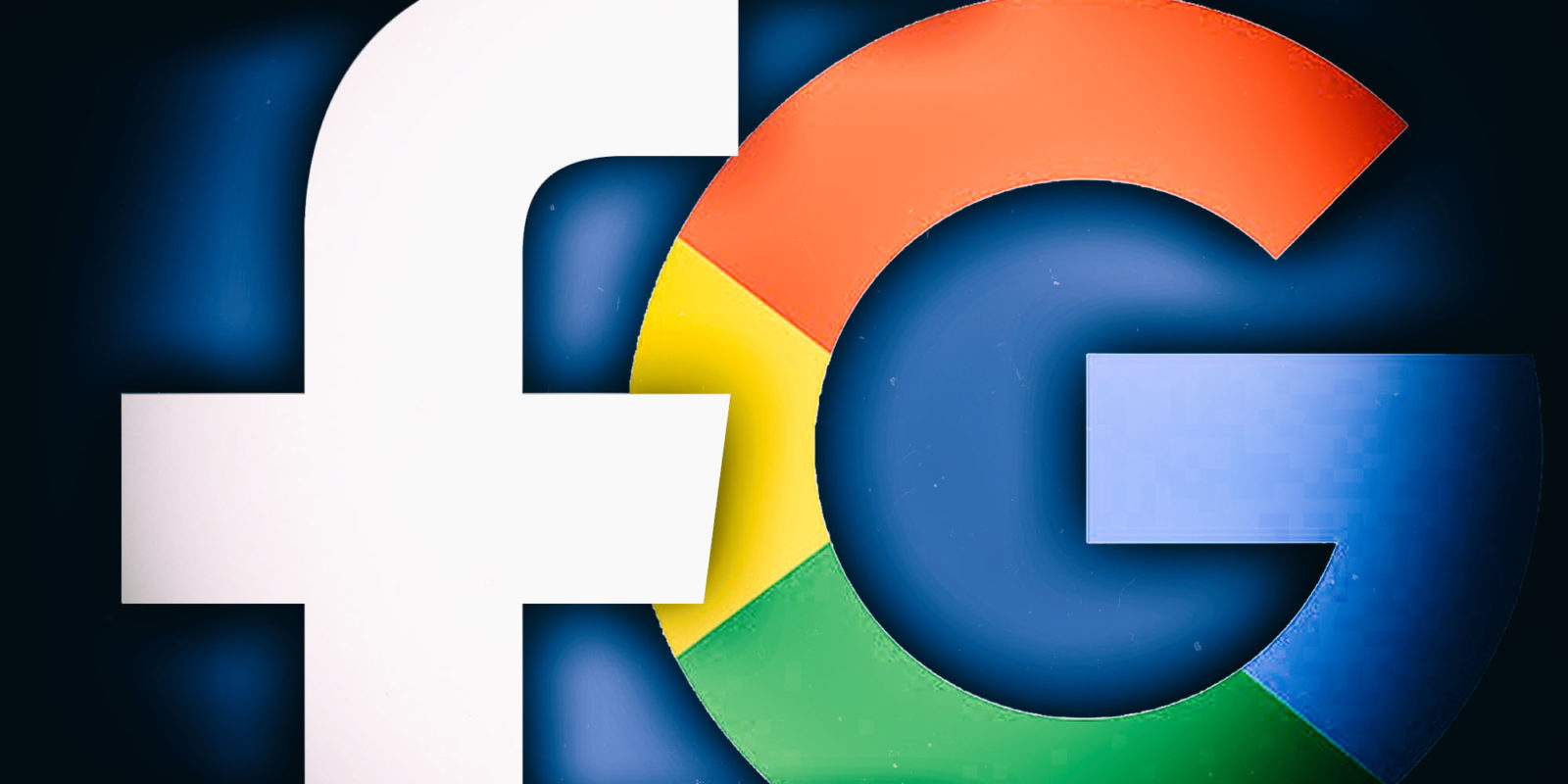 Up till now, in most countries in the world, fintech was the domain of plucky start-ups and, here and there, a telecoms company. No longer. Big tech is coming. Facebook, Google, Apple, Amazon, you name it, have decided to enter this space in one way or another with all the subtlety of an overgrown elephant. Should banks worry and consumers celebrate — or the other way around. Why are they doing it and will they succeed?

In November 2019, Alphabet, Google’s owner, became the latest tech company to announce it would enter the financial services space, saying it would launch actual, formal bank accounts. But its announcement had an interesting little twist; it would not be doing so alone, but in conjunction with one of the big US banks, Citigroup, and even more bizarrely a tiny bank, the Stanford Federal Credit Union. 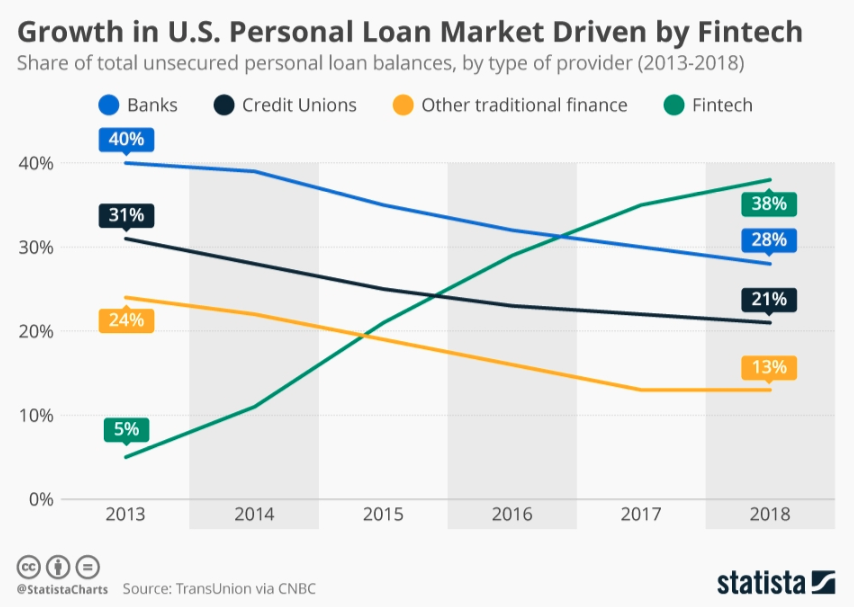 Facebook’s approach has been very different and much more ambitious; a whole new currency, Libra, which has been the subject of much controversy. But less well known is that Facebook has upgraded its existing payments system, and it’s become clear that if Libra fails for regulatory reasons, the fallback is to build out a payments system.

Apple’s approach is different again — more or less. It released earlier this year a credit card in association with credit card provider Mastercard and US bank Goldman Sachs. The card has some tech features, like being both virtual and physical, and uses the existing Apple Pay system.

Amazon, meanwhile, has been considering its options, hiring banking experts, and it is also expected to make some kind of foray into the financial services sphere.

All of these developments signify sea-change-magnitude reorientations for what are now the largest companies in the world. Why are they doing it?

There are two main reasons, one positive and one negative.

First, they see enormous opportunities. The global banking business generated something like a trillion dollars in income in 2018. In many ways, big American tech is a latecomer to this market, and the Chinese big tech companies have been the pathbreakers.

Alibaba, the world’s fifth-largest tech company, owns a third of Ant Financial, which used to be called Alipay. It’s now the world’s most valuable “unicorn” or unlisted, billion-dollar-plus company, currently valued at $150-billion. Ant provides an extensive array of financial services, including micro-lending, insurance to credit-scoring and China’s largest money-market fund. The other big Chinese tech company TenCent is no slouch either, and a payments platform QQ Pay has been part of its business for years. But that division of the business is expanding fast, even offering mutual fund investments (what South African’s call unit trusts).

The second and more negative reason is that there are some indications that the income streams for some big tech companies are levelling off. Google for example, is heavily dependent on advertising income, and the company has benefited hugely from the move to online advertising in general. Its growth has been magnificent, but as the numbers get larger, maintaining the growth is getting harder since the total advertising pie is growing slower than Google’s penetration.

Google’s owner Alphabet recorded roughly 13% profit and turnover growth for the full 2018/19 year. The numbers are huge and glorious; a turnover of $155-billion. But it is worth noting its 2018/19 rate of growth was the slowest since the great recession in 2008. Facebook’s share price has been jittery, but its more or less where it was two years ago.

You could say, having decimated the competitors for advertising revenue, print, television and radio are now all thoroughly thumped. But after achieving this disruption, Google, which gets 85% of its income from advertising, now needs something new to disrupt. Likewise Facebook and Apple. So why not financial services. Or healthcare. Or both?

Behind this change lies a key business concept: “core business”. The notion of having a “core business” and focusing powerfully and fully on that singular thing as a method of creating value developed in business schools in the 1970s in response and in opposition to the huge growth in conglomerates which were considered, often rightly, as value destroyers. South Africa’s apartheid siege economy saw a lot of this as big companies were unable to expand outside the country, and the results are still partly with us today.

But in an era of a high rate of technological change, does “core business” still have meaning? Certainly, Alibaba and TenCent really don’t think so. Or perhaps the actual “core business” of companies like Alphabet is not advertising, but the gritty process of disrupting existing businesses by finding value traps, blasting them open with digital solutions and watching gushers of boodle come rushing in.

And when it comes to business ripe for disruption, it’s hard to see something out there as large and as vulnerable as financial services, with the possible exception of healthcare. And big tech is, as it happens, nibbling at that too.

The most obvious example, which all the tech companies point out, is how expensive it is to send money from one country to another. Banks typically charge up to 6% of the transfer amount to move cash from one country to another. Tech companies see this and instantly start salivating. In the broadest sense, the entire banking industry is just a massive, glorious database of digital records. More salivating. And, if you know what people are buying, selling them stuff becomes so much easier. More salivating.

But the approach of big tech to this industry is different from their approach to the media business which they just firebombed into oblivion from the outside. The interesting aspect of Alphabet’s announcement is that it is doing it in conjunction with the financial services companies, in this case Citibank.

Anchor analyst David Gibb says what’s at work here is the concept of rails and trains. The best existing comparison is the relationship between banks and credit card providers. It’s often thought that Mastercard and Visa are absolutely coining it because they typically charge shopkeepers up to 2.5% of every purchase made on a credit or debit card. But actually, the credit card providers only get less than half that, and the rest goes to the banks mainly and other service providers. Even so, their margins are still huge.

The reason it works this way is that, way back in history, the banks actually established Mastercard and Visa, so they ensured they got the lion’s share of the profit and a warthog’s share of the blame for their excessive fees. For banks, the credit card business is a fabulous moneyspinner.

Mastercard and Visa provide, says Gibb, the rails on which the payments system works, while the “trains”, the banks, move freely about on the rails picking up parcels of money at the stations along the track, and moving about the place. The big tech companies see themselves as the rails, on top of which the banks can do their stuff. In their minds, the banks do all the tricky deposit-taking and the horrible compliance stuff, while they scoop great dollops of cash out of the system. Or at least they hope so.

So what’s in it for the tech companies? For the tech companies, says Gibb, it’s all about the data. There is another rail analogy appropriate here; the early days of railways. At the start of the railway age when railway networks used to compete with one another and railway barons dominated the scene, railway companies would buy the coal mines just to make sure all the coal ran on their tracks, not on competitors’.

The same sort of dynamic applies now; payment systems need as much “coal” as possible running down their lines. So it helps if you are selling the actual products, like Amazon or Apple. But for Facebook and Google, the challenge is tougher.

What is in it for the banks? In some ways, it’s odd that banks should team up with the very organisations that are going to disrupt them. “It’s not a love-at-first-site relationship,” says Gibb. But, banks do see the opportunity of getting one over their banking competitors, even if that means conceding ground to the tech companies. And that is one of the reasons why the weakest of the big US banks are more enthusiastic about joining up. And fintech is, as the graph at the start of this article shows, stealing a march on banks in crucial areas of their business.

Will this all work? Who wins and who loses?

In Africa, we have an example which suggests it’s really not going to be as easy as the big tech companies think, and that example is Safaricom. The cellphone companies, of course, have had the same idea; they too have huge customer bases and tech solutions. But very few cellphone payment systems have actually taken off — except in Kenya.

The reason they haven’t worked in SA, for example, is that banks are not asleep to the issues and have a useful array of products on offer, of which providing credit is most crucial. The payments systems are simply functional in their lives. In Kenya, and for that matter in China, the banking system was at a point in recent history nationalised and therefore all but destroyed.

It’s one problem building a payments system in the context of a poor, existing banking system and another in countries where the banking system is perhaps expensive, but is at least functional.

Big tech may be walking into a trap, buoyed by its own hubris. BM