To survive first we must heal the land, then the planet 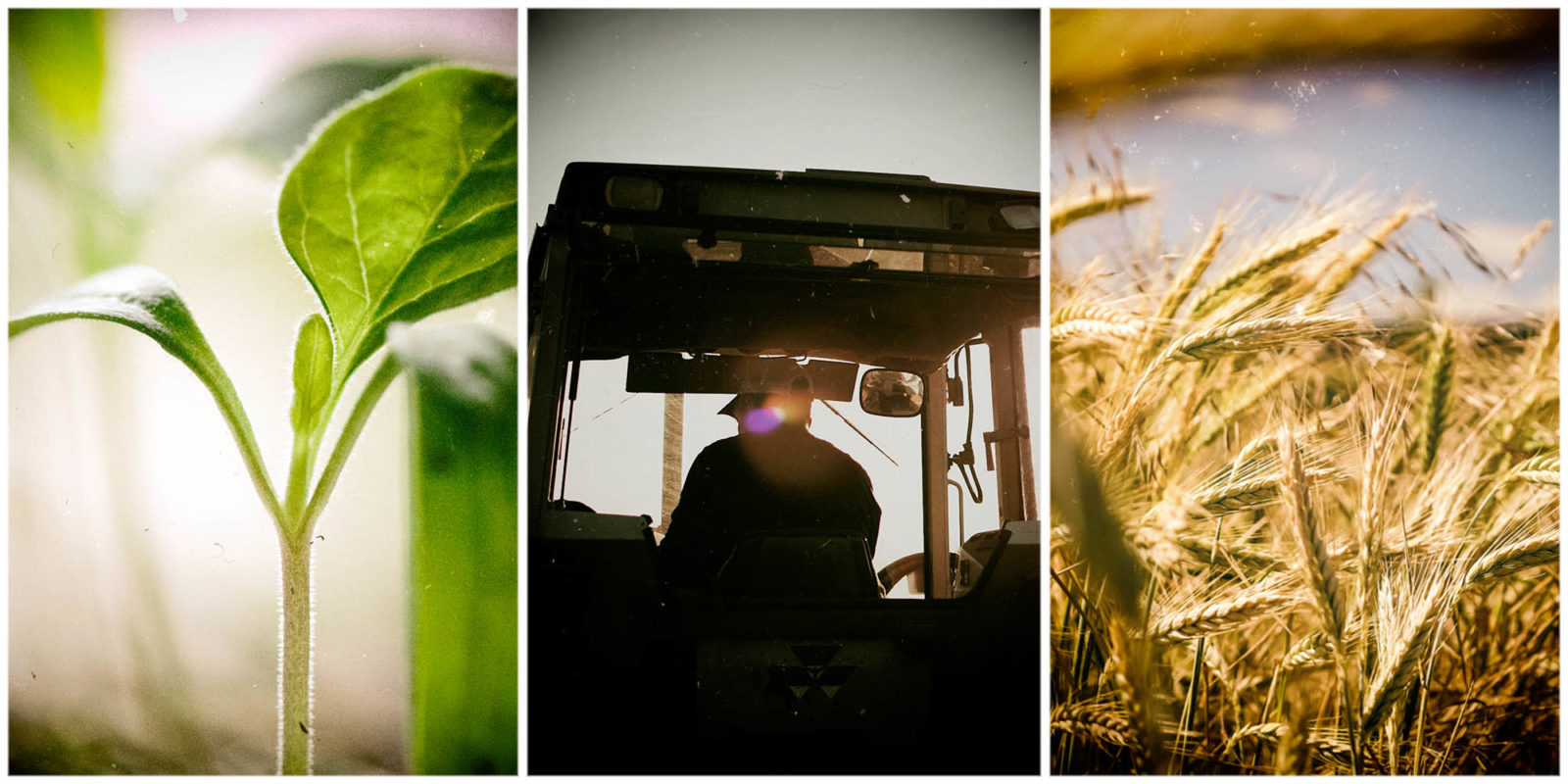 Whether you and I are in the city or on the farm or managing a game park, restoration is everyone’s business, and it is big business, says the writer. (Image sources: Spencer Pugh / Unsplash | Raphael Rychetsky / Unsplash | Francesco Gallarotti / Unsplash)

Food and water security is neither an environmental issue nor an agricultural one, but rather a question of survival. This encompasses the survival of every man and his proverbial dog.

Parched the sun-baked land lies. Lifeless in, quite literally, a hot rock oven, in angry revenge radiating the sun’s fury back at it, but to no avail. Mankind, animal and plant alike beg for respite — rain — an eluding refuge, again to no avail.

How long will we arrogantly battle the forces of nature?

To what depths of despair and destruction will our arrogance take us?

And then the thunder breaks overhead, releasing a deluge of water gratefully received. But wait, fate knocks at the door. Both the barren land and the naked cropland turn into a brown, watery world — like a herd of wild galloping stallions the stream filled with preciously scarce topsoil rages downhill. Soil lost. Nutrients lost. Land capability lost.

How long will we arrogantly battle the forces of nature?

To what depths of despair and destruction will our arrogance take us?

Is this the invariable future of all productive lands? The answer lies in our hands. The solution starts by realising the multi-dimensional stages of degradation.

First it is a mental and emotional stage — a mindset of static sterility shouting to the world that nothing can be done to undo degradation, that dreadful news is the new normal. This new normal is mixed with the surreal superiority syndrome of I’m ok, so, whatever dude, being hot is the new cool. It is the stage of the emotionally dead and morally defunct psycho- and sociopath whose deceptive lies have penetrated the minds of a people numb to reality.

Then the biophysical stage: erosion scars and degradation abound. However, these are only the outward, physical manifestations of our inward ineptness to deal with our hurt, pain, pride, stupidity and various other forms of misalignment and fragmentation. The result of ignorance embedded in our past actions.

Third and last, the financial stage. Erosion and degradation cost money, everybody’s money. To produce food from degraded soils requires more effort, more energy, and that for less return, causing the produce to become more expensive, too expensive to buy. Thus, neither the farmer nor the consumer profits. Food and water security is neither an environmental issue, nor an agricultural one, but rather a question of survival. This encompasses the survival of every man and his proverbial dog. We, be it the professional or the pauper, the city slicker or the rural saunterer, are together in this disastrous bottomless race.

Arrogance, how powerful you are. In a mere 80 years you have emboldened a single generation to place at risk an entire civilisation and the rich legacies of those before us to feed your insatiable greed for more irrational wealth, as if it has no impact on the world around you and the generations to come.

Healing, simple yet powerful, starts with a brave look in the mirror. A person or a society reflecting is one that takes a deep breath, albeit of polluted hot air, while gazing at the charred landscape and agrees that change for a restorative future is, and must be, the new normal. It is an acknowledgement that while degradation is real, it is but a stage — and one that can be defeated. Restoration and healing are ongoing processes, delightful alternative narratives. Healing the land leads to the healing of people, but the process needs to start with a decision.

Mental and emotional revitalisation starts with the realisation that I’m connected to others — people past, present, to posterity, and I’m connected to the land — relationally connected since dust we are and dust we will become while the nourishment from the soil feeds our bodies. What we therefore do matters greatly, and thus also our restorative actions. These generate a legacy that will endure, making sure that, as Robert Browning wrote, “a man’s reach exceeds his grasp” — thus healing the soul from selfish greed. Restoration, while seeking guidance from the past, is futuristic, and is propelled forward on the wings of exhilarating confidence and the promise that tomorrow the wounds of the past will be healed.

This revitalisation of the soul will manifest itself in biophysical healing. Overwhelming evidence exists to prove this. Conservation and regenerative agriculture and the restoration of degraded landscapes bring forth many benefits. Such soils absorb more water and more carbon and are host to many more microbes, a biodiversity-rich sub-soil ecosystem essential to produce healthy food. This service they render free and it leads to increases in yields and that at affordable prices. Moreover, such prudent land use management improves above-soil biodiversity, a richness of species that is aesthetically pleasing and feeds one’s being with its colours and contours.

Where and how will this healing conceptualise itself in practical reality? When we boldly decide we will not push the cost of degradation on to our children. We will pay the restoration bill so that they can reap the prolonged benefits. Our legacy will be one of restoration, one of healing, one of building bridges and ushering in the future with the knowledge that cool the planet is the new hot. This is done when we cover the sun-burnt soil with plants, when we enrich the soil with moisture and carbon, when we let the herbivore roam. Together these actions will connect culture, conservation, climate action and our collective future.

Healing will come when we’re humble, talk to one another respectfully, take responsibility for the gross mistakes of the past and set out on a path of corrective, restorative action. The means and the mechanisms to do so exist. The evidence base to support future actions exists. The people to engage in such restorative actions exist.

Healing: it is low-tech, it is down-to-earth, and it is in the soil. South Africa, restoration is your future. DM

James Blignaut is professor extraordinaire attached to the School of Public Leadership, Stellenbosch University and honorary research associate attached to the South African Environmental Observation Network (SAEON). The views expressed are those of the author and do not necessarily reflect those of any of the institutions with which he might be associated.