What did the president do, and when did he do it? 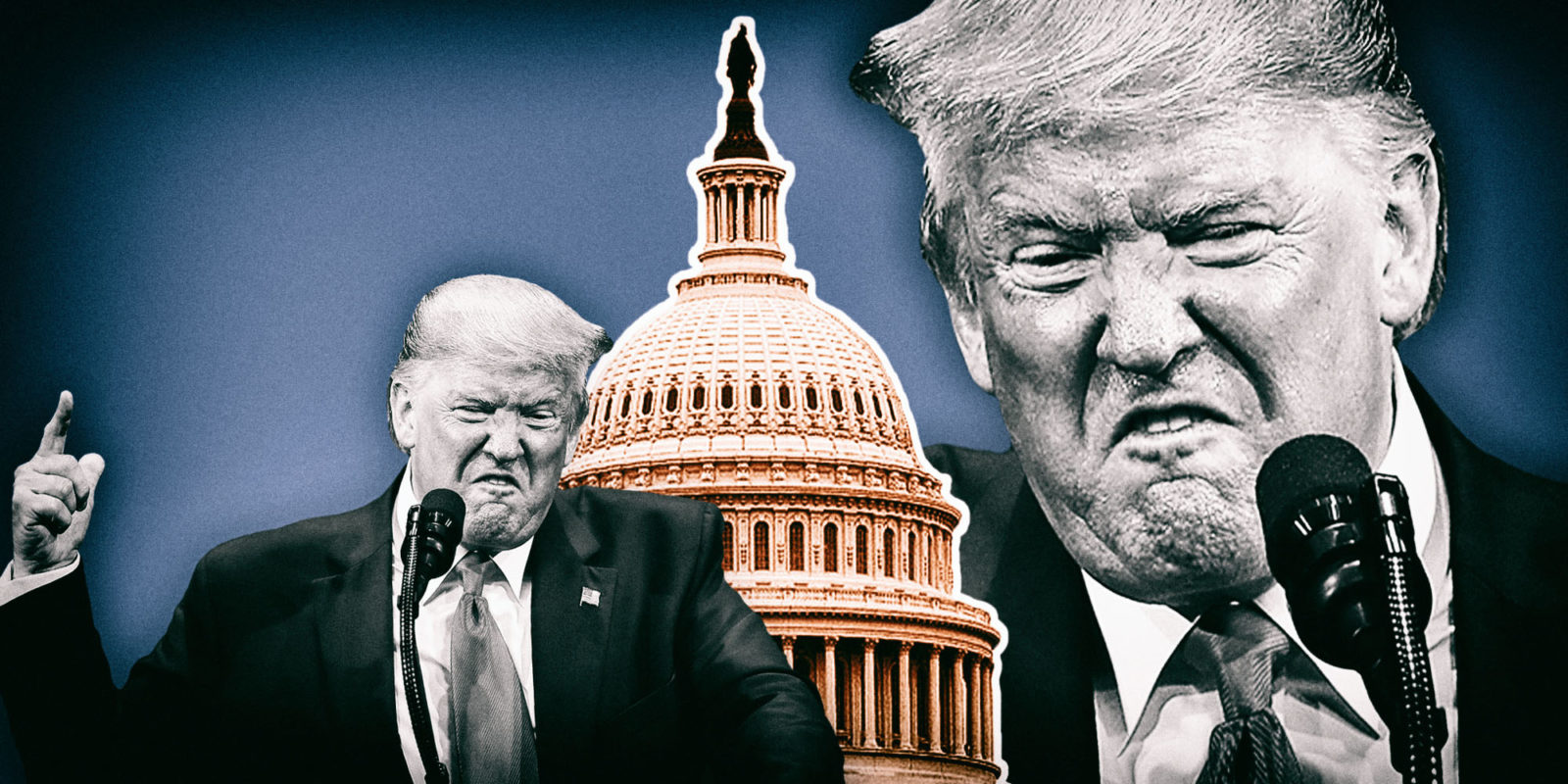 The impeachment inquiry into the seriously flawed conduct of Donald Trump in trying to use national policy for his own political gain gathers steam. Oh, and by the way, the Democrats trying to become their party’s presidential nominee had a debate in Atlanta.

We have well and truly begun the second act of the Trump impeachment drama, now running to some large and increasingly enthusiastic crowds in Washington – and wherever people can watch television and online streaming. But while it is not quite – as yet – at the all-consuming level of national interest created by the Senate’s special Watergate inquiry after the reality of the Oval Office tape recordings – and the subsequent realisation that crucial parts of those tapes had been erased, things may now be heading there. But, still, there are some important differences, so far, not least that many more niche news and opinion media channels exist than there were available in the early 1970s, before social media and cable/satellite news channels.

American history buffs may recall it was Republican Senator Howard Baker, apparently increasingly frustrated at the drumbeat of increasingly arcane details but not the big picture, who cut through the mists and finally asked, “What did the president know, and when did he know it?”

In the current scandal, the questions are now appearing more in the shape of, “What, exactly, did the president want to have happen, and who did he instruct to make it so?”

If we are to believe what came from the mouth of Ambassador Gordon Sondland, who testified on Wednesday 20 November, the instructions to him and the other two members of “the three amigos” (Ambassador Kurt Volker and Energy Secretary Rick Perry) and Trump consigliere Rudy Giuliani (who also seems to have had plans of his own), were perfectly clear.

The president may not have explicitly said to these folks: “If you don’t get a public pledge from the new Ukrainian president that he will set in motion a highly public investigation into former vice-president Joe Biden and Biden’s son over the latter’s time with the Ukrainian natural gas company, Burisma, there will be no military supplies for Ukraine and that president of theirs can wait forever out on the back porch in the hopes of scoring a meeting in the White House.” But it seems to have amounted to the same thing.

In his testimony, Sondland insisted the inner meaning of what the president had said was just that clear. Moreover, in his testimony, he argued that the vice-president, secretary of state, the acting White House chief of staff/acting director of the Office of Management and Budget, the energy secretary, and still others all understood the plan perfectly well.

Furthermore, the rationale for all of this – an idea eagerly fed by Giuliani to help along the president’s delusions – was that of the thoroughly, exhaustedly debunked fairytale of a Ukrainian intervention in the 2016 election on behalf of Democratic candidate Hillary Clinton – rather than the nation, its leader, and their trolls and bots that actually did intervene massively in that election. This is increasingly becoming the Siegfried Line of a presidential defence: the president truly believes in the Ukrainian fantasy, in contrast to that real Russian fandango, and so his pursuit of Ukraine, the Bidens, and the trade of investigations for arms and a White House meeting was entirely merited.

Two footnotes deserve mention right about now. The first is that Giuliani has had some less than savoury clients who have come out from under Ukrainian rocks and he has also had ties to some of the shadier public prosecutorial positions. The second is that, until now, Trump has found himself fundamentally unable to speak one single word of criticism of the real culprits in the actual electoral interference. Yes, the right answers here are Russia and its leader, Vladimir Putin.

As a story running in background for all this, there is the curiouser and curiouser relationship between Trump and Sondland, now that the political ambassadorial appointee has effectively tried to blow the president’s positions out of the water. Gordon Sondland was a wealthy hotelier, based in the Pacific Northwest, who had decided to become a real Washington player by making a $1-million (yes, you read that correctly) contribution to the Trump inauguration committee. In this way, he believed that would position him visibly in the disorderly scrum that was the Trump appointments effort.

Sondland was not originally a Trump cult member, and despite that wheelbarrow’s worth of cash, he presumably did not get exactly what he had hoped for (secretary of commerce had been rumoured by some). But he did get the rather cushy job of becoming ambassador to the EU. Ensconced in Brussels for this ambassadorship in a very nice residence in a city replete with excellent dining spots, he continued to try to elbow his way into a hot-button issue, specifically US policy towards Ukraine. Over time, Sondland managed to lever himself into the pole position on Ukraine policy, despite the fact Ukraine is not a member of the EU.

Now that Sondland has ratted out some of the actors in this tawdry business, and despite the fact Sondland had the clout to call Trump on an unsecured cellphone (and have his call accepted) while sitting on the outdoor apron of a Kyiv restaurant, the president now says he barely knew the man.

Nevertheless, overheard by US Embassy Kyiv political counsellor David Holmes, the president’s booming voice could be clearly heard in an expletive-laced conversation with Sondland.

The basic thrust of this conversation was for Sondland to tell the president that – yay team – Ukraine would announce the required investigations and pretty much anything else required of them. Mission accomplished. As soon as Sondland finished his testimony, he headed for the airport to return to Belgium. That will be a very interesting assignment going forward.

Meanwhile, Holmes and Fiona Hill, the former top Ukraine and Russia watcher for the National Security Council, testified on Thursday. Holmes was adamant about the bizarreness of the way Ukraine policy was being handled in the US government. And Hill has already spoken about her boss, then-national security adviser John Bolton, who backed away from getting too involved with the three amigos’ chaotic, china-breaking ride, likening it all, metaphorically, to Giuliani’s “drug deal”.

Now that the public phase of the testimony seems to be at an end, the House Intelligence Committee presumably will begin drawing a report on its findings to the House Judiciary Committee, where articles of impeachment will probably be drawn up for a vote, and an impeachment recommendation to the full House of Representatives will be passed.

Another interesting and potentially dangerous footnote for the president’s case is that the White House has refused to allow any senior officials to testify, making it impossible to peer into the president’s state of mind – or of any of the other senior officials, or how they were all played by Giuliani and his pack of Ukrainian pals. (A stray thought here – these folks paling around with Giuliani seem to me, increasingly, to resemble nothing so much as The Lion King’s animated hyenas, rather than the kind of people one trusts for a nation’s security. Or maybe they just have a vulpine look about them.)

All of these shenanigans (to borrow one of Joe Biden’s favourite words) have done dreadful damage to the US’s international standing. But with an unhinged captain at the helm, little if anything will turn that around. Don’t believe this? Ask a few Kurds.

In the midst of all this, a whole stage’s worth of challengers for the 2020 presidential nomination for the Democratic Party faced questions from moderators – and, effectively, from each other – in a debate in Atlanta. In short, Joe Biden did not fare so well, and surprisingly, the young (and gay) South Bend Indiana mayor, Pete Buttigieg, seems to have come out tops.

It is now less than two months before the first presidential candidate caucus in Iowa takes place. It will be followed shortly afterwards by primaries in New Hampshire, Nevada, and South Carolina. Thereafter, at the beginning of March, a 13-state, simultaneous primary takes place.

If one candidate emerges as a front runner by that point, the path to the nomination may become increasingly clear for one of the men and women vying for the nomination. But if voter support is distributed over three or four separate candidates, it will become a long, divisive struggle. And in the meantime, the impeachment inquiry and the successive decisions will grind on and on. DM