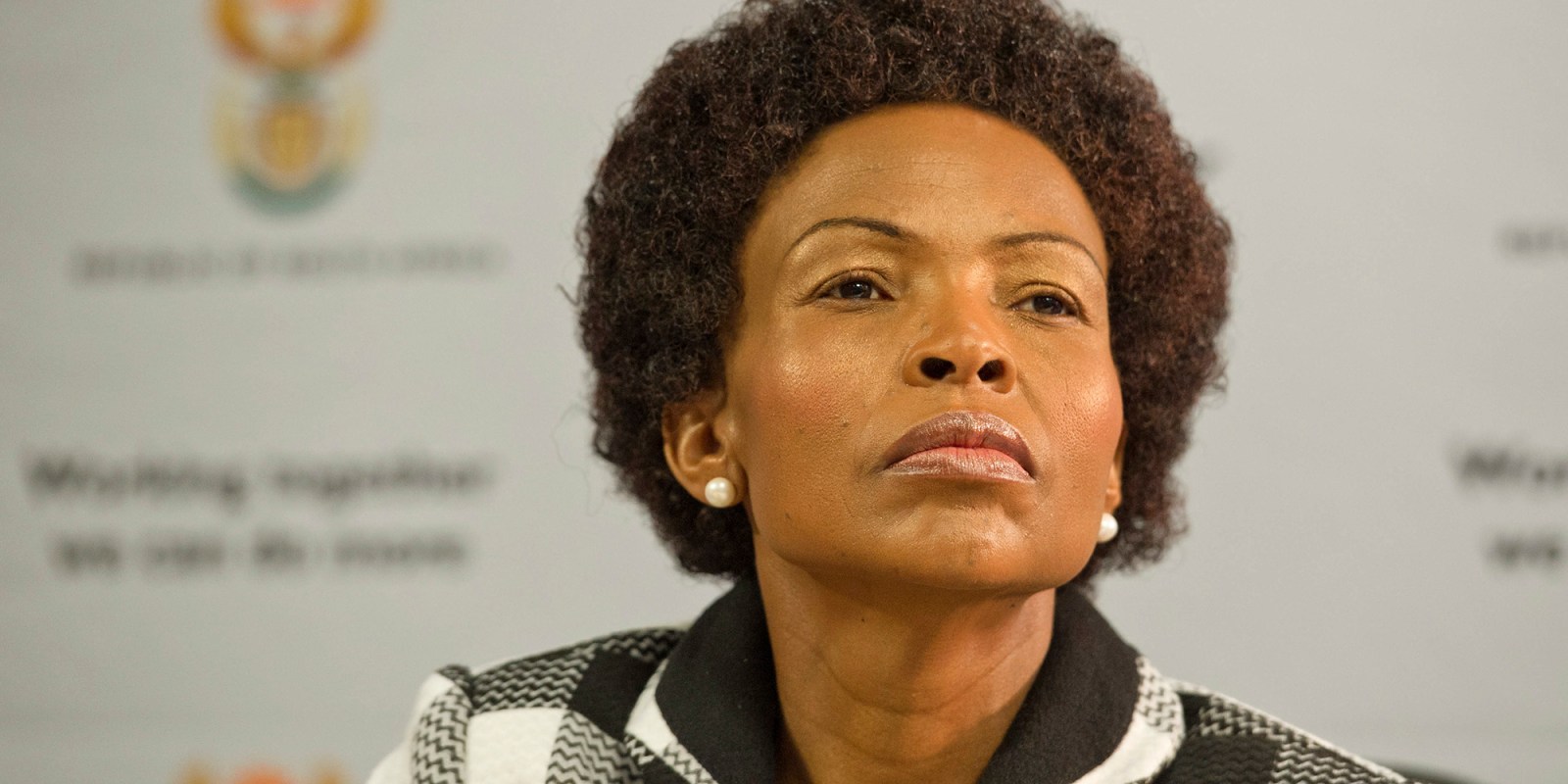 It was one of the most suspicious features of the Gupta Waterkloof saga: the man who admitted responsibility for allowing the Guptas to land at Waterkloof Air Force Base was shortly thereafter given the post of SA Ambassador to The Hague. Former Dirco Minister Maite Nkoana-Mashabane was summoned to the Zondo Commission to explain — and failed to convince.

Former Department of International Relations and Co-operation (Dirco) Minister Maite Nkoana-Mashabane found out that the Gupta family had landed a private plane at the Waterkloof Air Force Base in 2013 from a television news bulletin.

Appearing before the Zondo commission on Thursday, Nkoana-Mashabane said she was not initially perturbed by the news, because Dirco would only be involved in such an event if a diplomatic guest was due.

What changed things was the revelation that the government’s chief of state protocol, Bruce Koloane, had been present.

“From the outset, we wanted to understand who sent him to Waterkloof,” Nkoana-Mashabane said.

“Koloane said: ‘No, it had nothing to do with the department, he had not been sent, it was an oversight’. I said: ‘I am not happy’. I then instructed the DG [director general] that he has to face a disciplinary process, which ensued.”

The relevant disciplinary inquiry found Koloane unambiguously guilty of having orchestrated the Gupta landing at Waterkloof. He did so partly by invoking the name of former president Jacob Zuma: telling officials that he was acting under orders from “number one”. Zuma has consistently denied that he had anything to do with the landing.

If the former president is to be believed, then, Koloane was also guilty of namedropping the head of state to commit a wrongful act — something Koloane admitted to the Zondo commission in July was indeed the case.

Given all this, Judge Raymond Zondo suggested to Nkoana-Mashabane, Zuma must have been furious.

“The first time I had a conversation with him [about Waterkloof] he looked very, very angry,” Nkoana-Mashabane confirmed.

“We discussed this matter many times… I sometimes wake up in the middle of the night and remember the first thing the former president had said: ‘Can you ask if my name was used, and ask if they said I want this?’ ”

Koloane was subsequently suspended from Dirco for two months without pay. After returning to work, however, it was not long before he was dispatched to the Netherlands as South Africa’s ambassador to The Hague — to the horror of opposition parties at the time.

This was the major reason Nkoana-Mashabane had been called before the Zondo commission: to explain how it came about that a man who had committed such a serious breach of protocol and national security could go on to be rewarded with such a significant position.

“I do have difficulties with it [Koloane’s deployment to The Hague],” Judge Zondo told Nkoana-Mashabane candidly.

The judge’s concerns were heightened by the fact that in the letter Nkoana-Mashabane wrote recommending Koloane for the ambassadorship in The Hague, she made absolutely no mention of the Waterkloof scandal. Instead, the letter was a glowing summary of Koloane’s distinguished career.

Nkoana-Mashabane — who is currently Minister of Women and People with Disabilities in the Presidency — cycled through a number of justifications.

For one thing, she argued that Koloane had already served his suspension, and she didn’t want to impose “post-punishment punishment” on him. After all, she said, if all South African civil servants would be banned from continuing work after disciplinary proceedings, “we would have nobody working”.

For another: “He wasn’t sent to a big country. We sent him to a limited space.”

Nkoana-Mashabane contended further that although she had written the letter recommending Koloane, “at the end of the day, it was the president’s prerogative to appoint him”.

She said Koloane was a good fit for the ambassadorship because his deployment would not affect department operations and he had already been given his security clearance.

The Minister also suggested that it was to Koloane’s credit that he had admitted his responsibility during the 2013 disciplinary inquiry.

“He also helped us by confessing,” Nkoana-Mashabane said. “He didn’t jive and bring lawyers.”

She went so far as to suggest that there was an important wider principle at stake, to do with wrongdoing in the public service, asking:

With some bemusement, Judge Zondo attempted to press the minister on this point. Surely, said Zondo, there are certain offences in the line of duty which are sufficiently serious that the perpetrator should not afterwards be honoured with a prestigious post, regardless of whether they admitted wrongdoing?

“You can’t say: ‘I admit that I’ve raped this child, but because I’ve admitted, and because I was in the Struggle… Please just give me a suspended sentence’,” Zondo suggested.

Nkoana-Mashabane saw the chance to digress into a discussion about gender-based violence, and took it with both hands, suggesting that the topic at hand was of far less importance than her current portfolio.

“We spent our whole day here dealing with a matter of 2013. I don’t know when I get out of here how many women will have been slaughtered,” she said.

Seeming eventually to give up, Judge Zondo attempted to summarise Nkoana-Mashabane’s day’s testimony into one paragraph.

“The president at the time was fully aware of the role that Mr Koloane had played in the Waterkloof landing, including what had happened at the disciplinary process, and he was angry, at some stage, as far as you were concerned… But you said to him it would be justified to appoint Mr Koloane as ambassador because of a number of reasons you have articulated today. Is that right?”