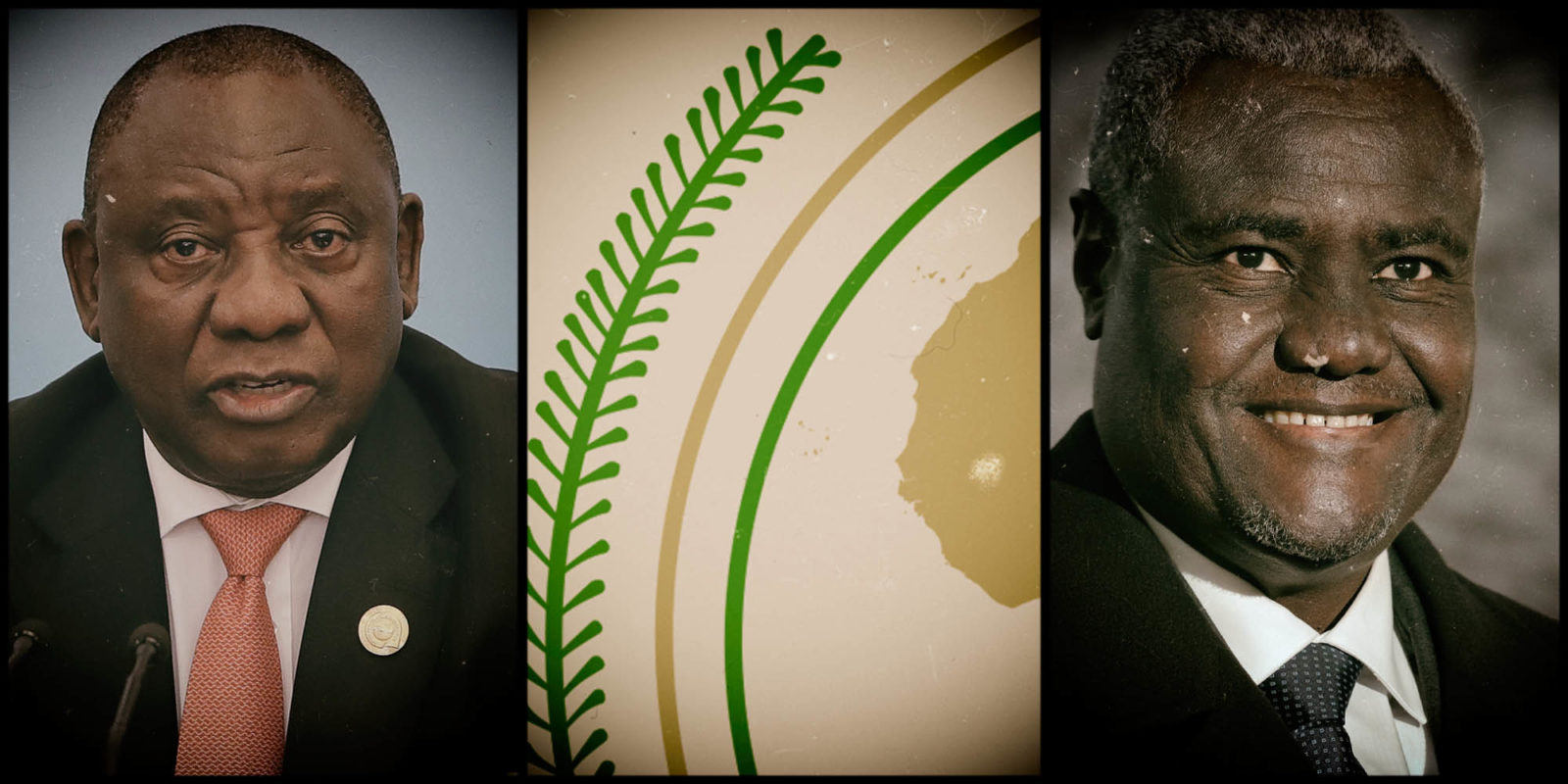 The AU Commission chair Moussa Faki Mahamat particularly hopes Ramaphosa can insert the AU into peace efforts in Libya, from which it has been excluded.

The chairperson of the African Union Commission Moussa Faki Mahamat has expressed hope that with President Ramaphosa in the chair of the African Union (AU) in 2020, the continental body will make real progress towards its very ambitious goal of silencing Africa’s guns by 2020.

In particular, Faki said he hoped that Ramaphosa would invest more AU effort into the hitherto unsuccessful international peacekeeping efforts in Libya and thereby make real progress towards ending the conflict in the North African country, where civil war has raged for eight years since the downfall of Muammar Gaddafi.

Faki was talking to journalists after meeting Ramaphosa at his official residence in Pretoria on Thursday to discuss South Africa’s chairing of the AU which will begin in February. Faki is the administrative head of the AU Commission, the body’s permanent secretariat, while SA will take over the annual rotating political chair of the AU from Egyptian President Abdel Fattah el-Sisi.

Faki said he was visiting South Africa with his team to work with Ramaphosa and South Africa’s Ministry of International Relations and Co-operation to prepare for SA taking over the Presidency.

“During our meeting, we had an overview of the issues that are expected to be dealt with, including the theme for next year which is the “Silencing of the Guns by 2020”. And then we have the deepening of the institutional reforms that we have already initiated. We have peace and security and development. These are all the issues that will be on the programme.

“South Africa is one of the lead countries on the continent and in the African Union and it has been at the very basis of the adoption of Agenda 2063,” Faki said, referring to the AU’s ambitious programme to make Africa a middle-income continent on average by that date. Agenda 2063 was launched in 2013 by Faki’s predecessor, South Africa’s Nkosazana Dlamini Zuma, who is now Minister of Co-operative Governance and Traditional Affairs.

“And obviously with the leadership of President Ramaphosa, we want implementation of this Agenda 2063, at the political level, at the peace and security level, and the level of social and economic development — and also trade for the continent,” Faki said, adding that South Africa’s chairing of the AU was keenly awaited by the continent.

“We hope it will take us a step further in the implementation of our programmes.”

He was asked what practical steps he and Ramaphosa could possibly put in place to silence Africa’s guns by 2020 since the deadline was barely a year away.

“It’s true that the theme is very ambitious. We are just one year away from 2020. But what is essential is the steps that we have already taken and then the rest of the steps we will have to take to deal with the threats,” Faki said.

“If we look at it, we have new threats, terrorism and transnational crimes. We hardly have any interstate conflict. But what we have are new challenges. We have the necessary tools. We have the peace fund which is growing. So we believe we can achieve a lot.

“It’s true we can’t silence the guns without social and economic development, without providing jobs for our youth, without empowering women, giving them the necessary tools. These are the things we have to do to bring about the necessary changes. We have to dry up the sources of funding for terrorism which gives them the arms, the guns to carry out their activities.

“So with the theme for the year and with the leadership of President Ramaphosa, we’ll be able to forge ahead and make progress in those areas, towards silencing the guns.”

Looking back at 2019, Faki said it had been a year of achievements and challenges for the AU. On the positive side, he hailed the launching of the African Continental Free Trade Agreement which will create the largest market in the world. He also hailed what he termed the peaceful transition of power in Sudan, praising in particular the role of women and youth in the popular protests which were part of that transition.

He also hailed the number of well-conducted elections which had taken place in Africa this year.

Among the challenges, he listed the continuing instability in South Sudan, Libya and the Sahel. Citing Libya in particular, he said he believed the AU had an important role to contribute to in the peace efforts by others which after eight years had yielded no progress.

Though he did not say it, the AU feels sidelined in the UN-led peace efforts which have also involved other countries such as France. In particular, the AU’s requests for a joint AU-UN peace envoy in Libya were recently rebuffed by the UN Security Council.

“We hope the African Union under President Ramaphosa will invest more in Libya so that we can find a solution there,” Faki said.

“It would be too good and too beautiful to say that by the end of 2020 we would have silenced the guns. But the essential thing is that we are endeavouring to ensure that we can silence the guns,” Faki concluded. DM